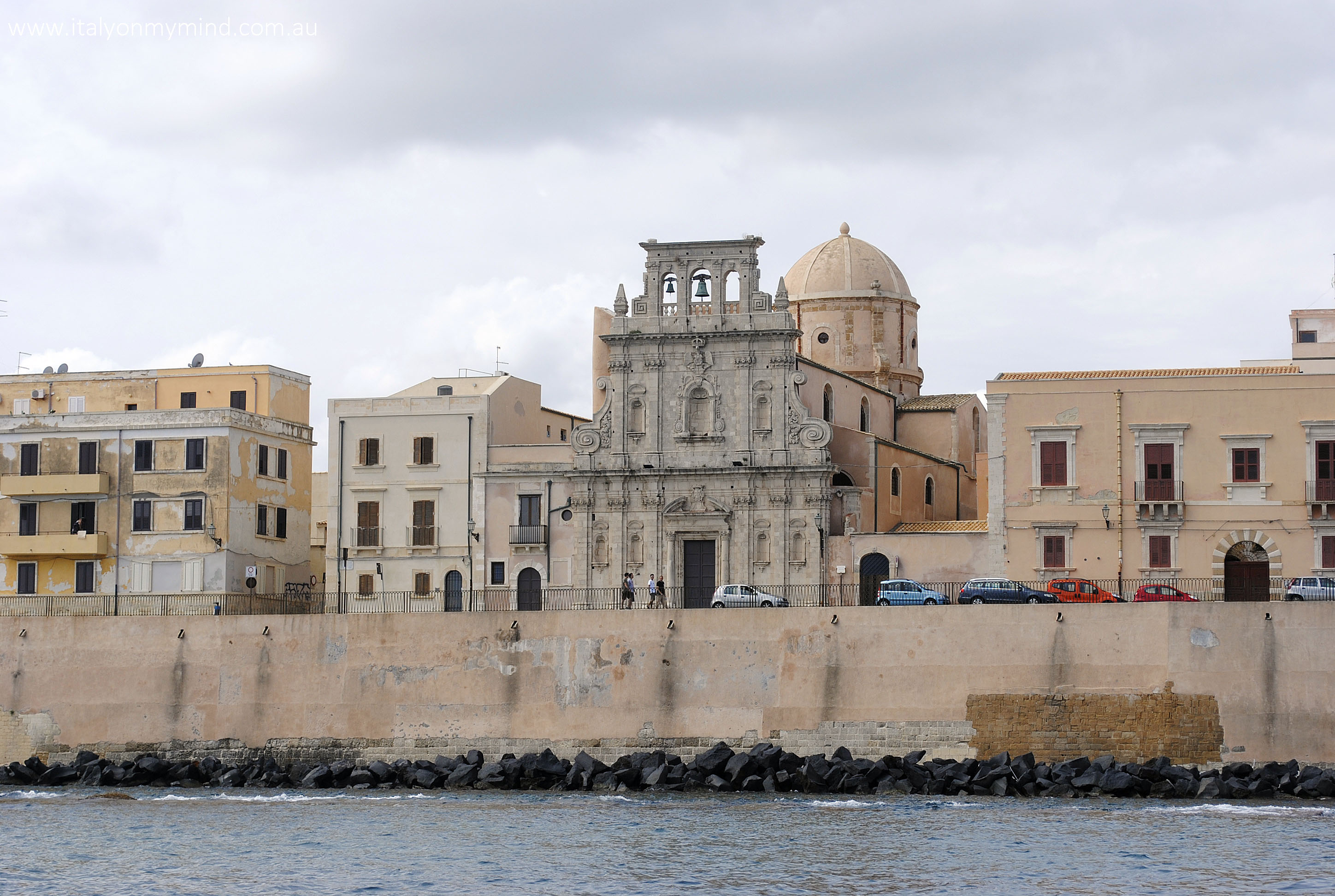 A few weeks ago I was excited to discover the Sacred Flavors of Sicily, which is a documentary film project produced by the Anna Tasca Lanza cooking school in Sicily. They are trying to raise money to complete their documentary about preserving the slow food traditions and recipes from Sicilian religious festivals like Santa Rosalia in Palermo and San Bartolo in Stromboli. What a wonderful idea and what an incredible film it will be! The link to their website is here so you too can see what it is all about. It was quite a coincidence that I recently celebrated Santa Lucia, the patron saint of Siracusa at Bar Idda in downtown Brunswick with my family. Ah Siracusa, one of my favorite towns in Sicily.

It was a celebratory Sicilian lunch with paired wines from Chrismont wines in the King Valley in North East Victoria (blog post about my visit to the King Valley is here). There were five courses and the lunch started at 12.30 and finished at 17.30. You can see the menu in the center of the photo below. What a day! The next day mamma told me that she had never seen or tasted anything quite like it, stating “those Sicilians can cook really well”. She particularly loved the combination of sweet and sour, like the BBQ quail on capunata with eggplants, tomatoes, capers, olives and grapes as well as the ‘nzalata di casa with chicory, celery leaves and sultanas. 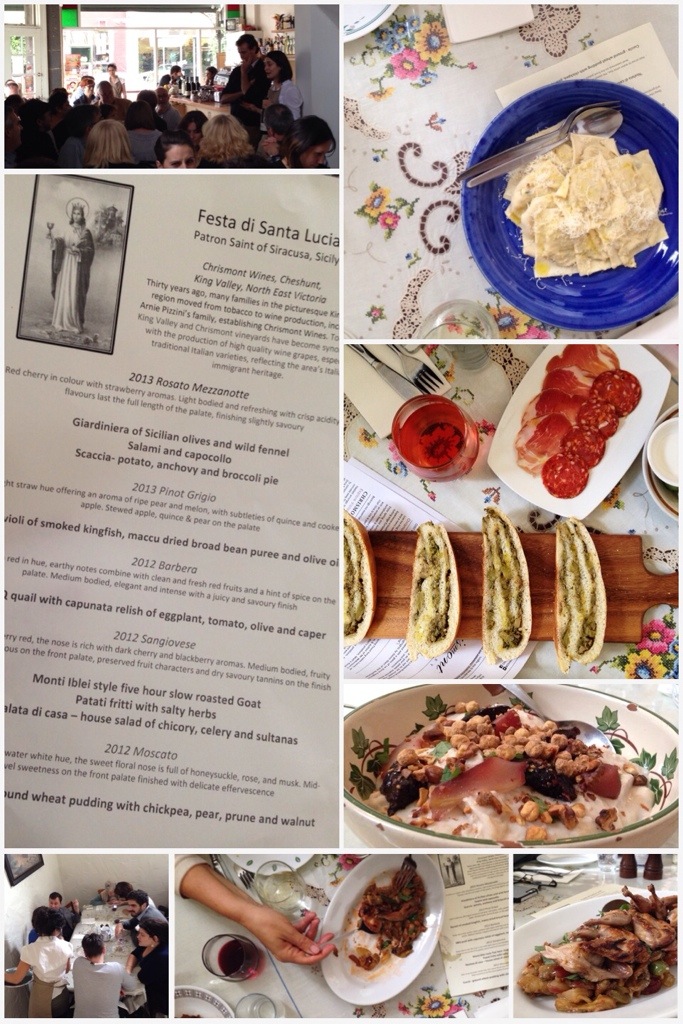 The highlight for me was the scaccia (focaccia style bread stuffed with broccoli, potatoes and anchovies and then rolled and baked – photo above below the plate with salame) and the five-hour slow roasted goat served with patati fritti and the matched 2012 Sangiovese. The male members of the family pounced on the goat, which had been soaked in brine for five days prior to roasting. It was lovely and tender and I think they polished off the lot. 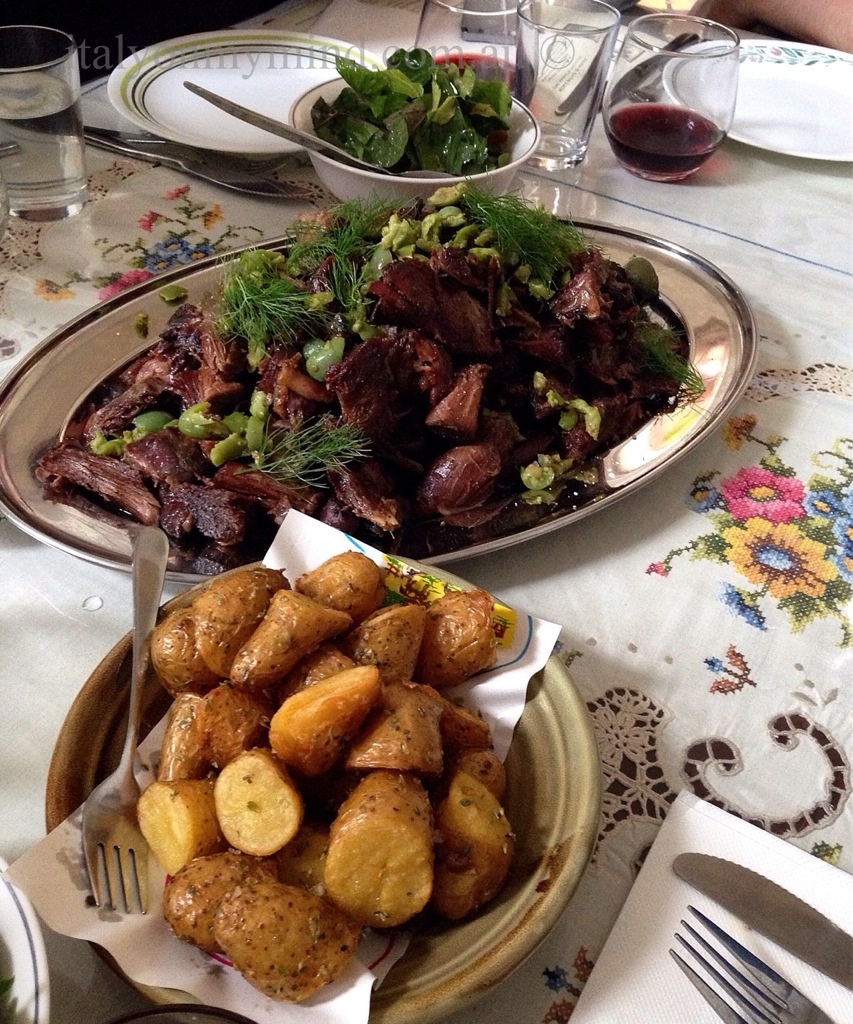 All the dishes linked back to Santa Lucia, such as the cuccia, which was the ground wheat pudding with chickpeas, pears, prunes and walnuts. Legend has it that there was a terrible famine in Sicily in the 16th century and salvation came in the form of a ship carrying wheat. The locals were so ravenous that they could not wait to make the wheat into bread, and so made it into a pudding. The Bar idda version (photo above, just below the scaccia) had crunchy sweet chickpeas on a soft and fruity pudding and I loved it with the sweet Chrismont Moscato wine.

It was a lovely family day, celebrating what would have been my father’s 93rd birthday, my nephew heading overseas for 6 weeks as well as a good excuse to take mamma on a trip to “little Sicily” and feast in honour of Santa Lucia. Lisa and Alfredo from Bar Idda certainly know how to put on a fantastic spread! Here are a couple of photos from my trip to Siracusa last year. I am very much looking forward to going back there in 2015 – tickets are booked for March – I hope to visit the Anna Tasca Lanza cooking school near Palermo. They don’t have workshops often but I am hoping it will work out. And please visit Sacred flavours of Sicily if you wish to donate money towards ensuring they complete the documentary – you have until 7 June 2014 – so there is still time if you are interested. 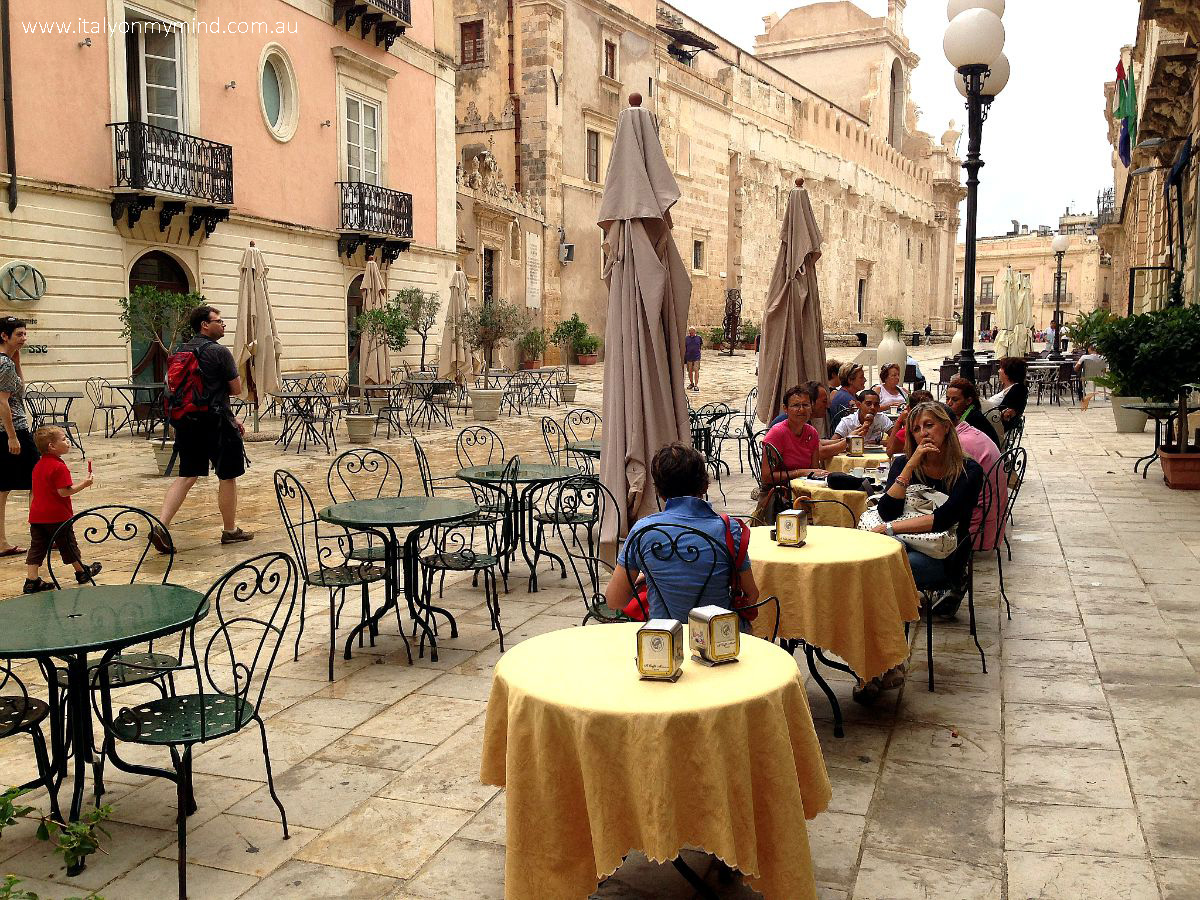 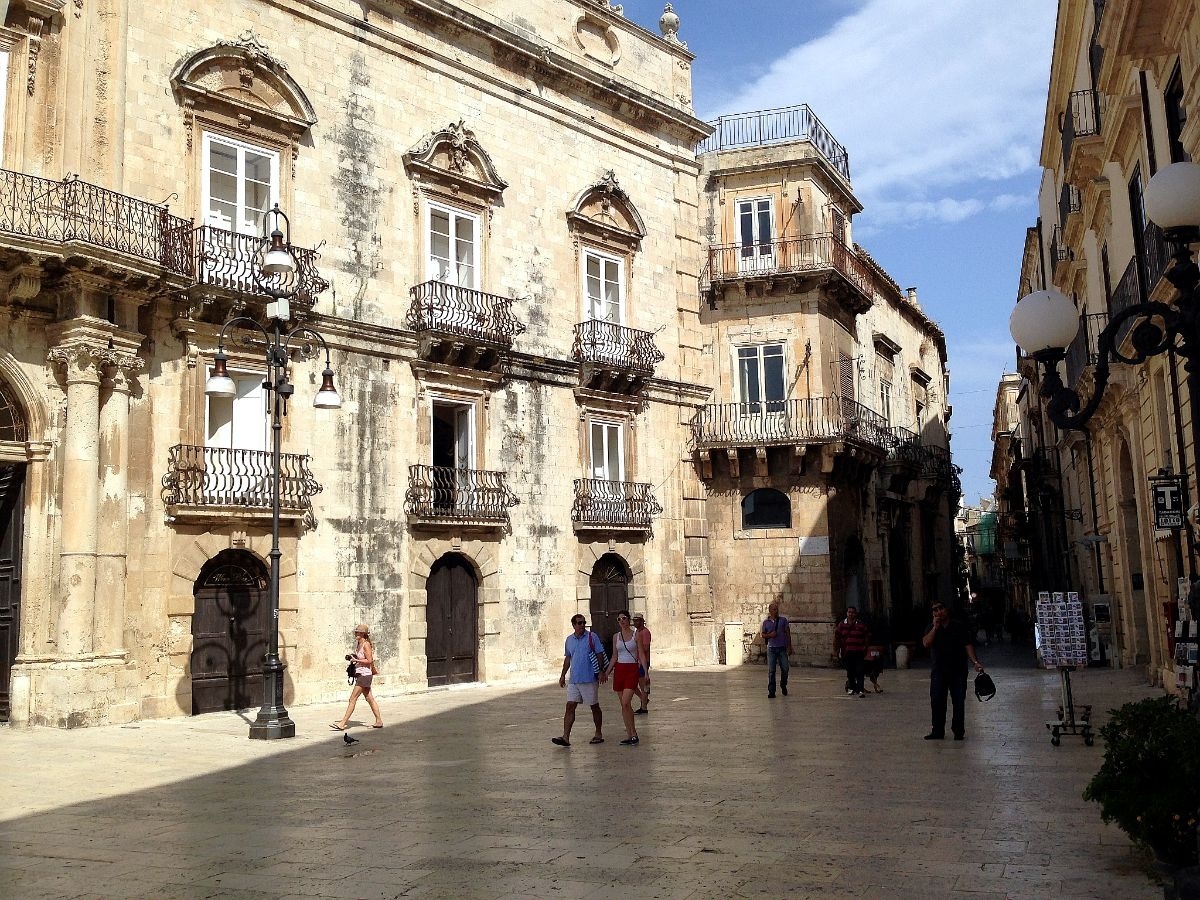