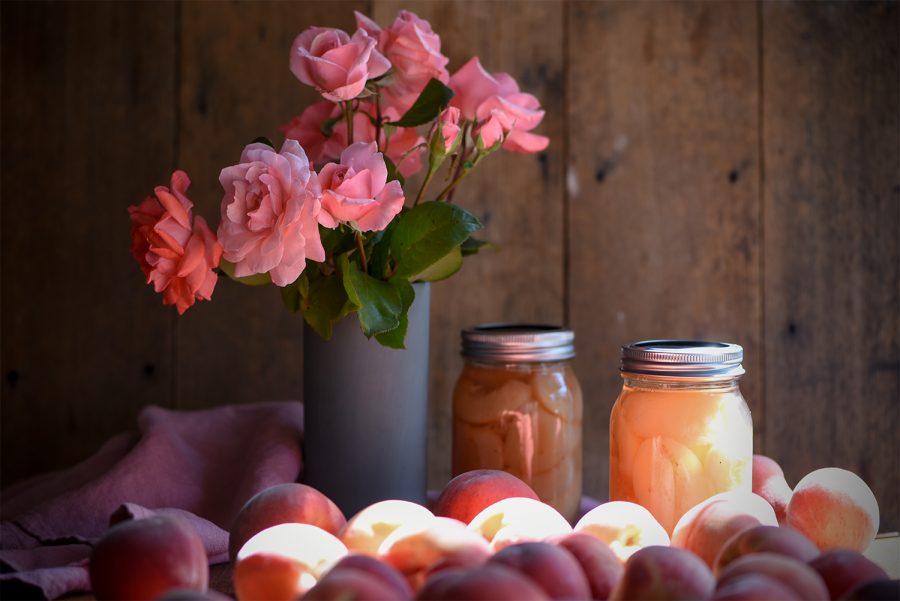 My father was extraordinarily proud of his fruit trees. We had moved into a brand-new brown brick veneer house in Vermont South in the 1970s, and after work and on weekends, he set to work creating garden beds and brick paths between the beds. He made a long rock-lined bed along the back fence and planted his miniature fruit orchard there: two plum trees, an apricot tree, a nectarine tree and a peach tree. He would prune them in winter and spray them in spring, and by summer, they were heavy with orange, purple and red fruit. As if by magic, only one tree seemed to have fruit ready to pick at a given time, so summer seemed like an endless stream of stone fruit from the backyard. Most years we had plenty of plums, enough to make jam, but the other trees were only productive some years and other years less so. 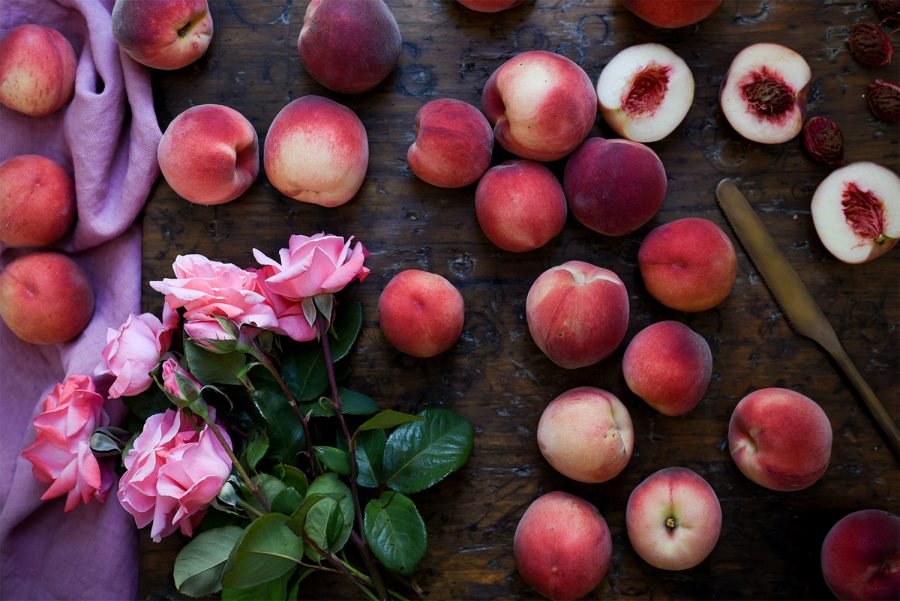 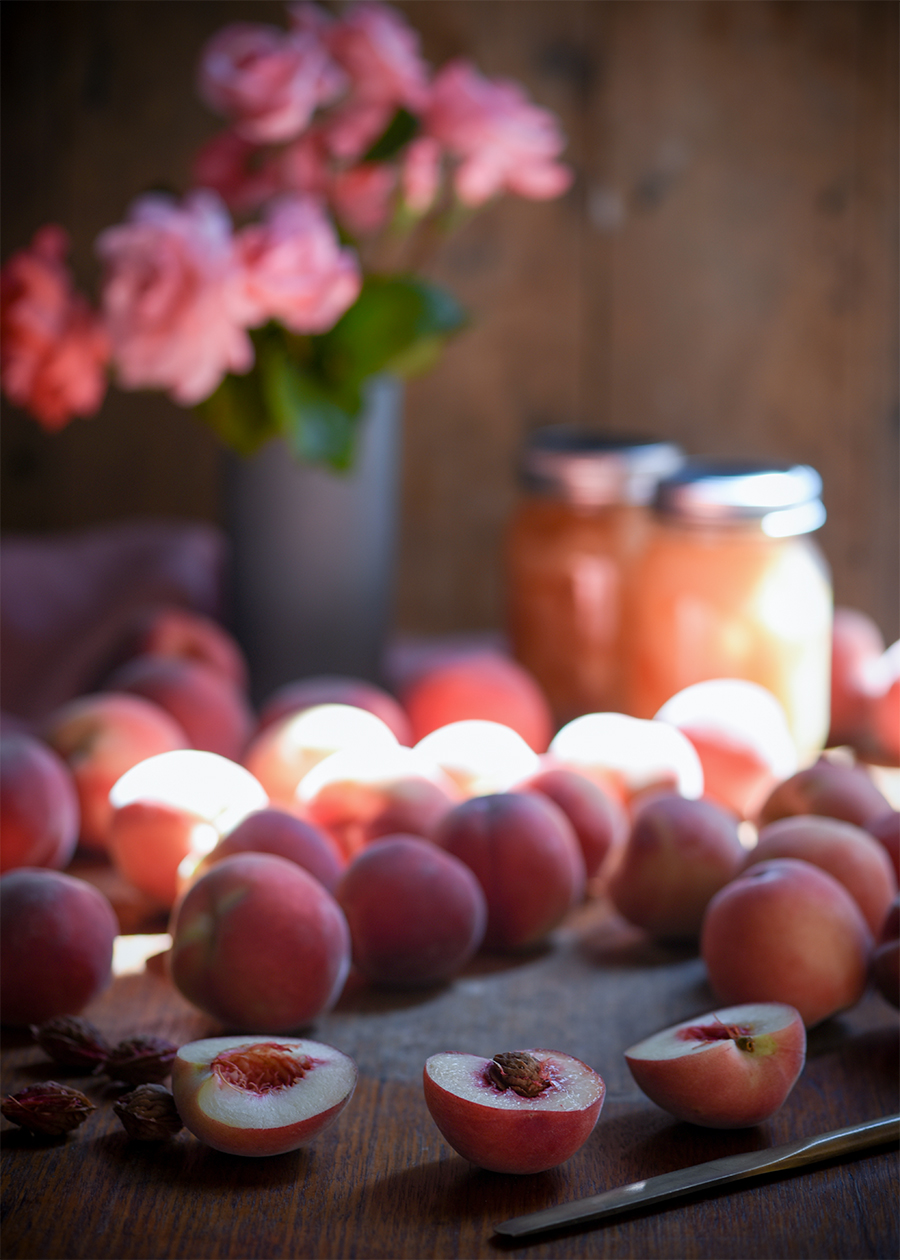 The fruit he seemed most proud of were the white peaches. There were never too many, so in the years when there was a crop, we managed to eat them all ourselves, straight from the tree for that magical week or two when they were plump and ripe. His favourite way to eat them was cut into segments and smothered in white wine. He would then put the glass in the fridge, retrieving it a few hours later when the wine was chilled and tasted of delicate peaches (and the peach segments where lovely and wine-soaked).

As the years passed and my father grew older, he spent less time in the garden and got help with the pruning. He stopped spraying them (and I never really got the hang of it to help him either). The trees continued to produce fruit, with the exception of the apricot that seemed to only make a handful of fruit covered in rusty spots. The peach and nectarine both had curly leaves but managed to produce some fruit alternate years. The year before my father passed away, the peach tree had a resurgence, and produced 20-25 large and perfect white peaches. He was so proud to share them with the family, but they were so precious, that he told me not to give any to friends, but to enjoy every last bite myself. 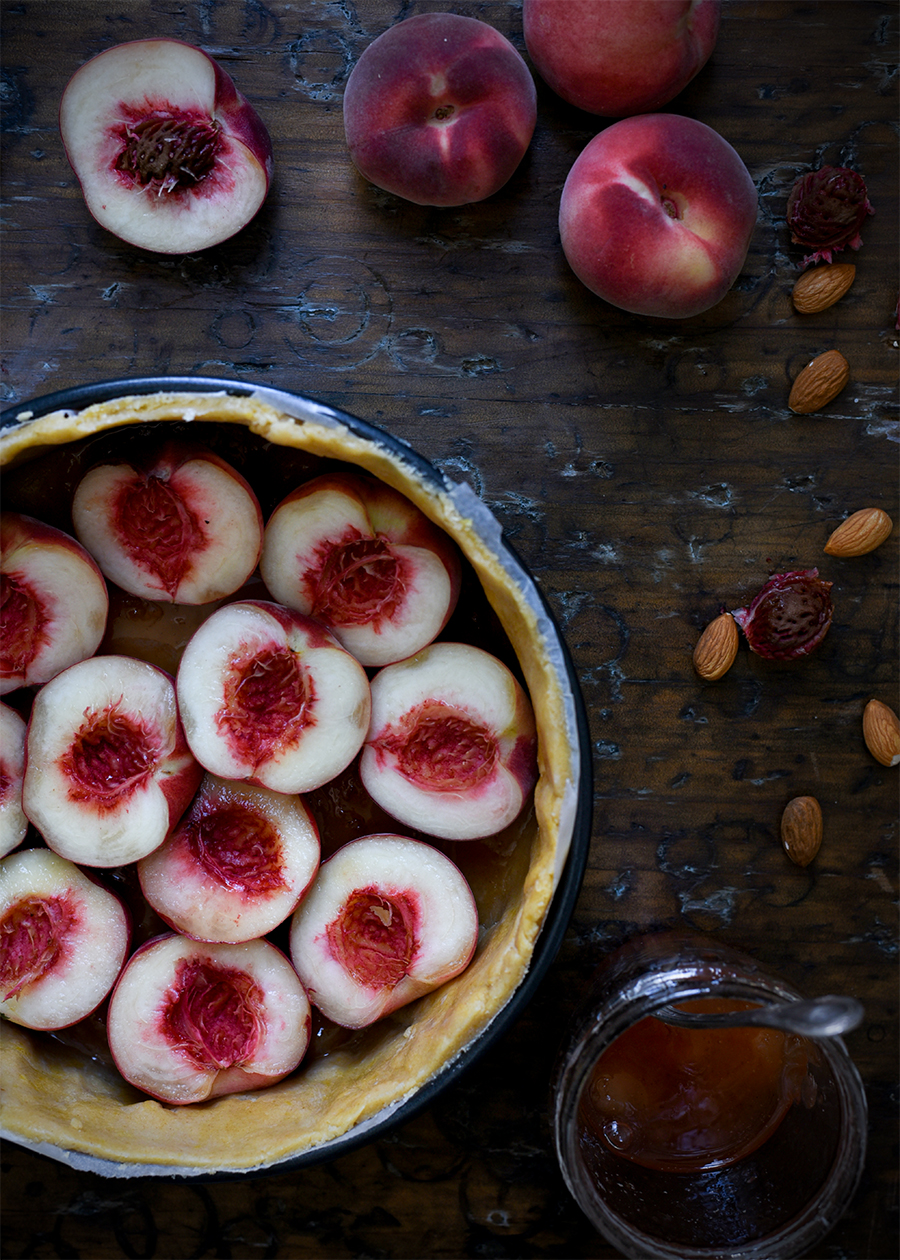 After he passed away in 2012, only the plum trees continued to fruit. I would prune and net them and mamma and I would make plum jam each year. This year however, the peach tree decided to bear fruit. A MASSIVE amount of fruit. More than ever before. It in fact produced so much fruit that the weight of the branches split the old tree trunk vertically. My sister and I propped up the heaviest branches with a set of old metal crutches and I pruned back as much as I could to lighten the load. This is the last year the tree will bear fruit, as it will need to be cut down due to the split in the trunk, but what a magnificent last year it was.

As I collected basket after basket of perfect white peaches, I kept thinking of my father, and what he would have said with the bumper crop. I managed to make three large jars of poached fruit, ten jars of jam, three crostatas, many glasses of peaches in white wine, and that is on top of all the fruit we ate (and are still eating; there are about half a dozen peaches still in the fridge). 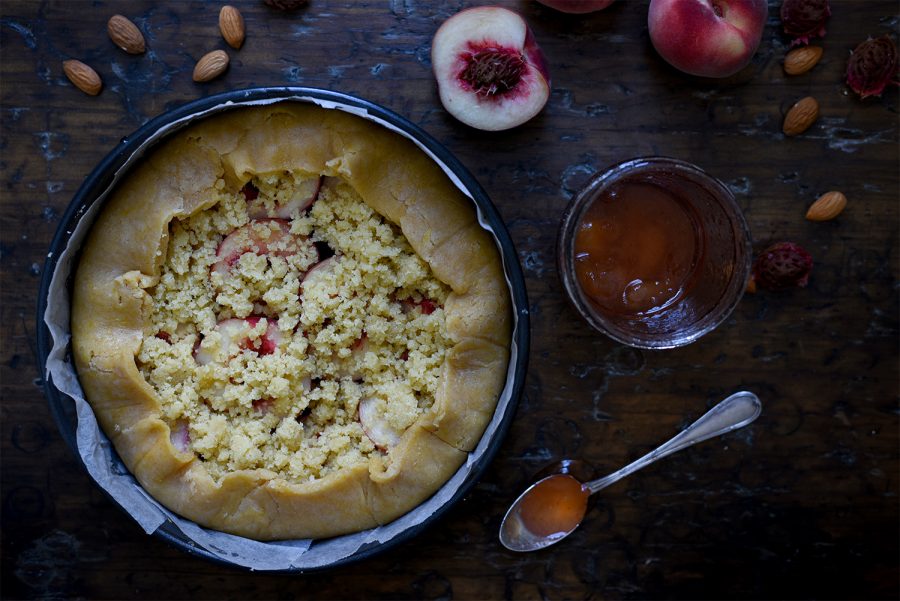 I tried out a new crostata recipe using the peaches. It is based on the one my friend Alice had made at a Market-to-table class at Latteria Studio in Rome last year with plums. I loved the look of the large halves of stone fruit surrounded by buttery pastry; and to make it really special, seeing the fruit were so precious, I added a sweet almond crumb on top of the fruit, as well as a thin layer of peach jam, made with fruit from the same tree. I so wish I could have shared it with my father. In lieu of this, I took a slice to his portrait, which hangs in my lounge room. I talked to him about the trees incredible crop and how I am sure he would have loved the crostata (this makes me sound a bit mad, but really, it does help to talk to the painting on the days when I miss him). 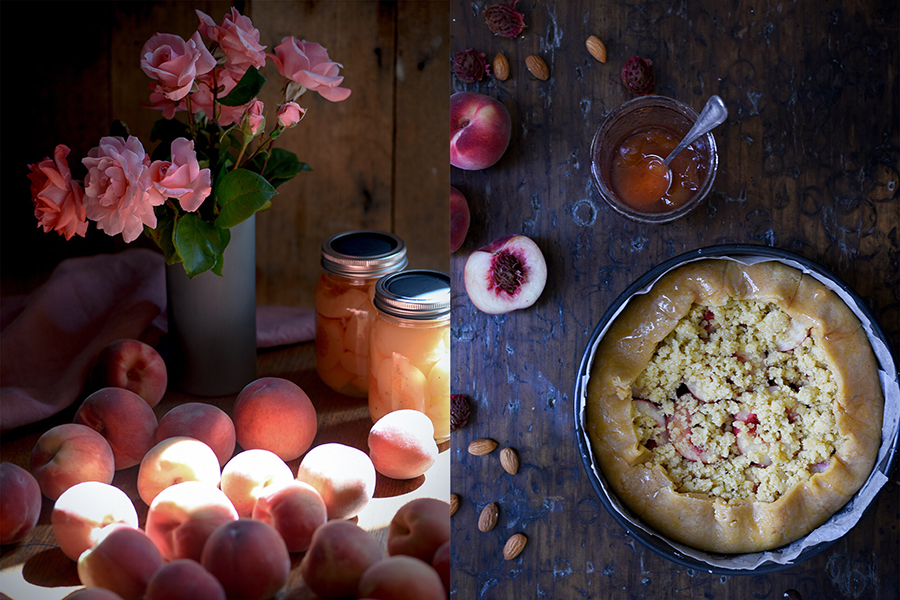 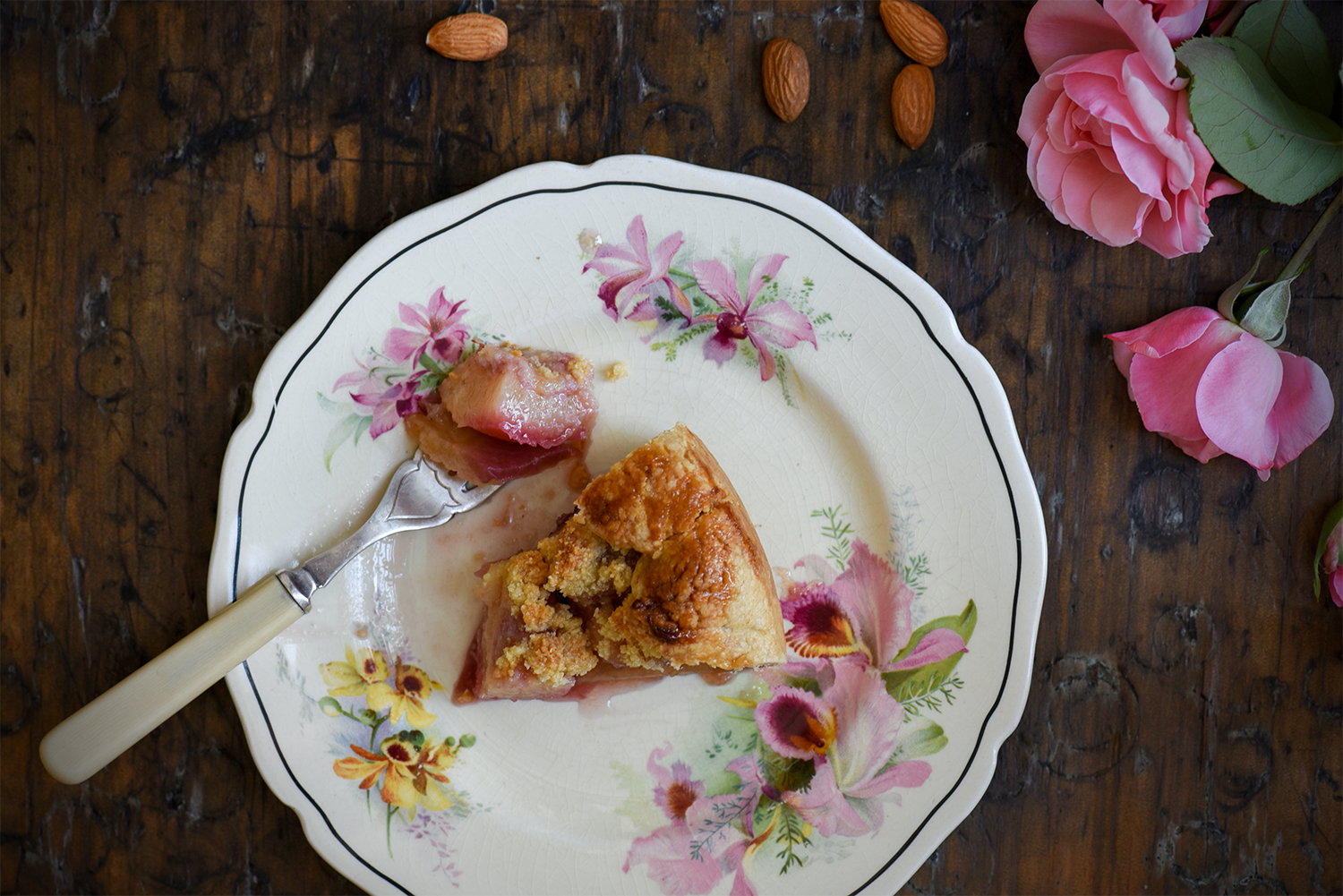 The pastry can be a little bit fiddly; especially in the hot weather as the butter has the propensity to soften quickly. Don’t hesitate to put in the fridge or the freezer for a few minutes while you are making it. It makes a huge difference. If you do not have peaches, you could try apricots, plums or nectarines – any stone fruit would be equally lovely. And make sure you add a matching jam under the fruit (or you could substitute apricot jam – it seems to work with most stone fruit). 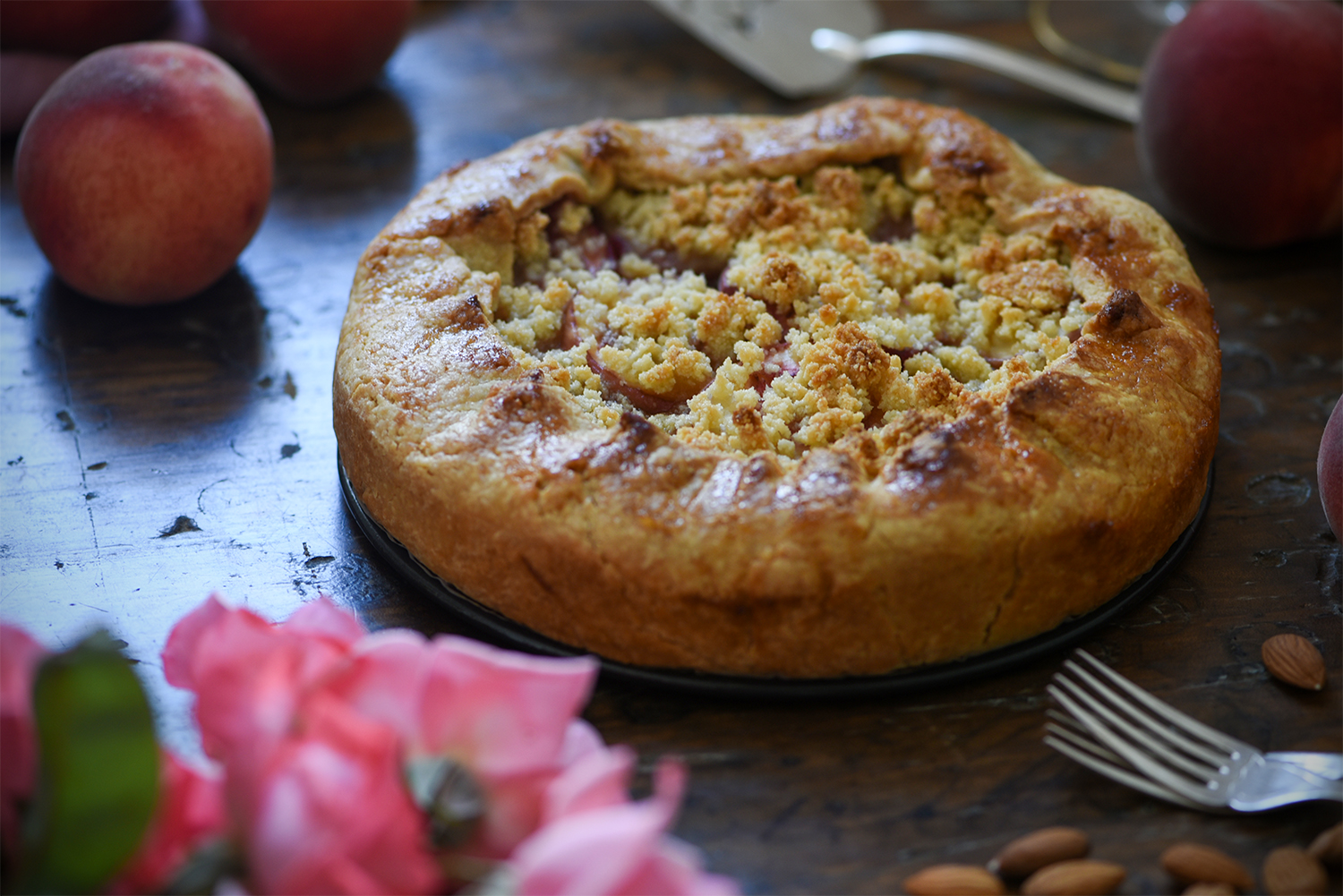 I am also beyond excited to announce that I am running a tour of my beloved Trieste and the surrounding area from 25 September to 30 September 2018 with my friend and Trieste-expert Massimiliano Milič. I will run a post about it soon, but if you are interested, here is a sneak peak. My father would have been very excited about that too – it was one of his dreams to see that part of Italy again; his home on the Adriatic Sea. He would say it often when he was no longer able to travel. I actually I haven’t told him (his portrait) yet; I’ll have to do that later today.

white peach high side crostata with an almond crumb

To make the pastry, place the flours, sugar, zest and salt in a large bowl (or in the bowl of a food processor) and whisk (or process) briefly to combine. Add the butter and work it in quickly with your finger tips (or pulse briefly with your food processor) until it resembles wet sand. Drop in the egg and work it into the mixture (by hand or with your processor) until it comes together and is homogenous. If using a processor, take care not to over mix as the heat from the blade will melt the butter. Add some or all of the milk if the mix does not come together or is too dry. Place the ball of dough between two sheets of cling film and flatten it with the palm of your hand until it is a round flat disc. Wrap in cling film and place in the fridge for at least 30 minutes (overnight is fine too).

Preheat the oven to 180C. Grease and line the base and sides of a 20cm springform pan. Remove the pastry from the fridge and if it has been chilling for over an hour, let it soften a bit before proceeding.

Cut the peaches in half right down to the stone. Carefully twist the two halves in opposite directions to separate one half from the central stone; then carefully prize the stone from the second half. Spoon the jam on the base of the cold pastry (which you will have removed from the fridge). Arrange the peach halves so they fit tightly in the base, then carefully fold the sides of the pastry over the fruit. You can spoon a little extra jam on the edge of the pastry if you like. Place the crostata in the fridge (covered) while you prepare the crumb.

To make the crumb, melt the butter in a small saucepan on low heat. Remove from the heat and stir in the almond meal, sugar, salt and vanilla. The crumb should be like wet sand.

Remove the crostata from the fridge and scatter the crumb evenly on the fruit. Bake for around 50 -60 minutes until the pastry is cooked through and the crumb and pastry are golden. Allow to cool on a wire rack, removing the side of the springform pan once it has cooled to room temperature.

The crostata will keep for three days covered in the fridge. 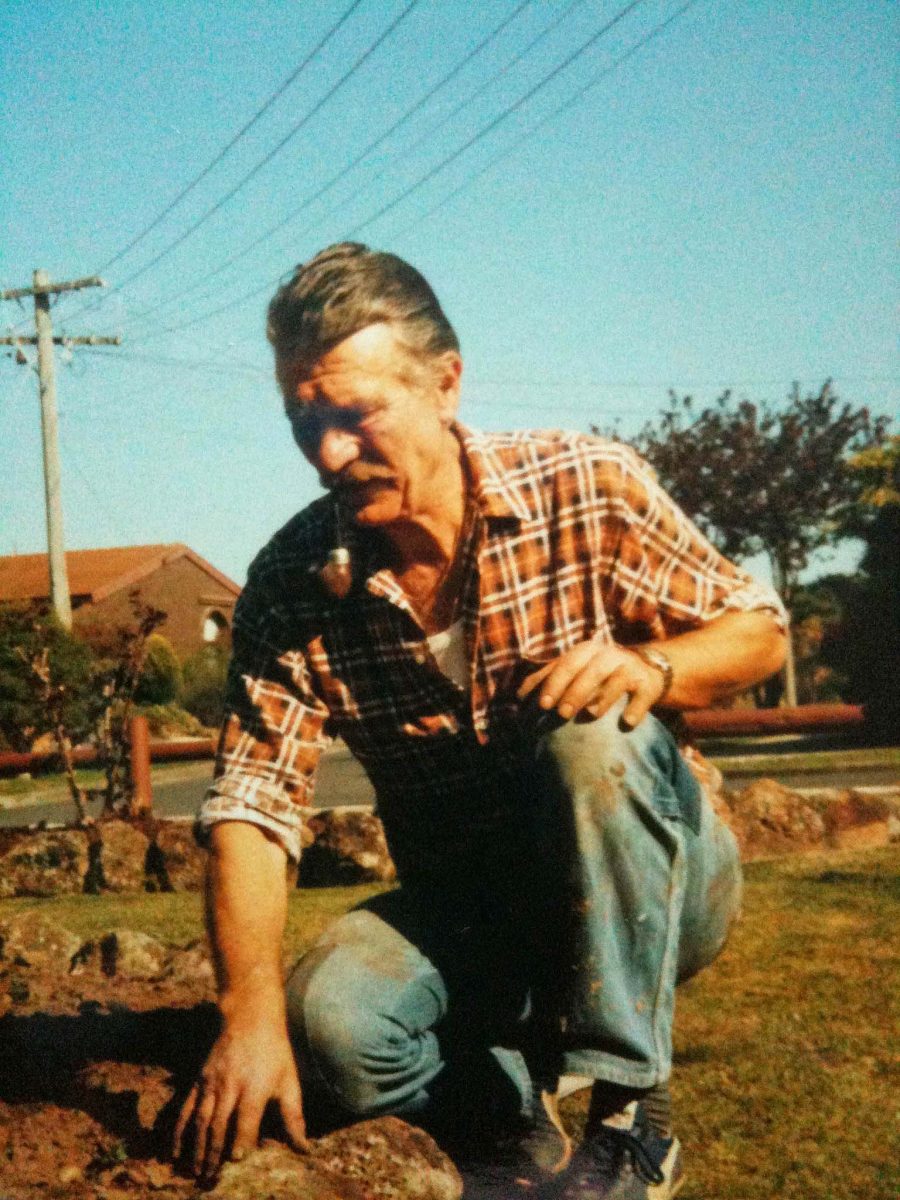