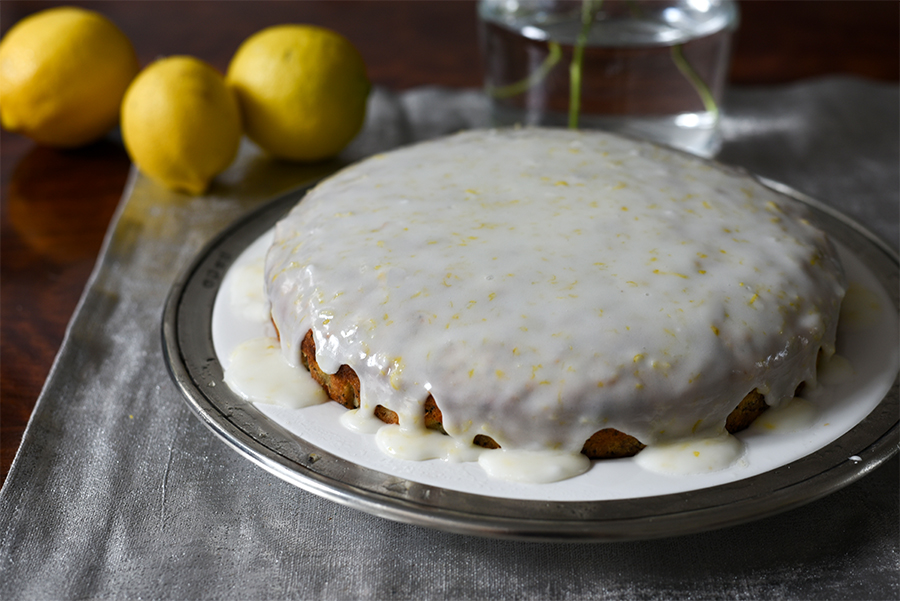 I only own one book by Jamie Oliver, and I remember exactly when I bought it. It was late November 2011 and I was in the top 50 of Masterchef Australia Series 4. We had moved into a hotel in Melbourne’s central business district and were to stay there for a few weeks while we filmed them whittling us back to 24, as these would be the chosen few who would move into the Masterchef house (at this time the house was in Sydney). I was sharing a room with a lady called Deb and when she moved in, she had a giant suitcase. When she opened it, only a small part was dedicated to clothing and toiletries; the rest was cookbooks. To my horror I found that nearly everyone else who was in the top 50 also had brought along multiple cookbooks, to study from when we were not filming. I had brought a small case, filled with clothes and toiletries; my notebook with tips on cooking and a couple of my mother’s recipes.

I felt ill – what had I been thinking?!? So, in spite of the fact we were in “lock down”, one evening, I stood out the front of the hotel with the contestants who were smokers, chatting and sharing filming stories. When they went inside, I quietly slipped out to a nearby bookshop that was still open. I bought a 2006 Jamie Oliver book called “Cook with Jamie, my guide into making you a better cook”. It had all sorts of useful information such as how to cook filleted fish, tips for cake-making, all about different cuts of lamb (I had no idea about meat really, I had been vegetarian for many years and had never cooked lamb), a mayonnaise recipe (that I memorised) and a guide to food safety. Though I skipped over the sections on making pasta, risotto and gnocchi, I thought it was a pretty good all-round book to have during the Masterchef hotel stay. So I snuck back to my room with Deb, and when she piled up books on her bedside table, I slipped out my (only) book.  However after most filming days, everyone was excitedly chatting about the challenges we had been given and who had been eliminated (and who had got through) rather than studying our books. And after all that, I retained Jamie’s mayonnaise recipe but little else. 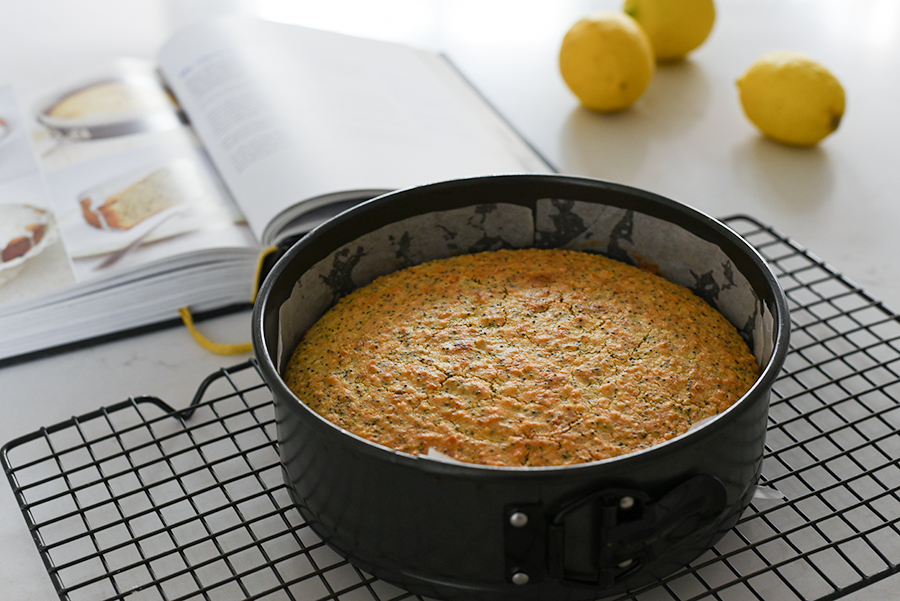 I do not think I have pulled the book out since December 2011. But as part of my 2018 resolution of cooking from my little-used cookbooks, it was one that deserved another look. It has a photo of a young-looking Jamie on the cover, and beautiful food photos by David Loftus throughout. Jamie is known far and wide and what impresses me most about him are his nutrition initiatives targeted to school children. I once saw a TV series where he went into a school in the USA to try to make changes to what was prepared in the school canteen, to more nutritious and sustainable food (one of my passions – changing the world through food!).

The recipe that struck me most when I flicked through Jamie’s book was a syrup cake (I was specifically looking for something sweet using ingredients that were already in the pantry), made with lemons and poppy seeds. My friend Pia (also of Masterchef fame though she was on series 9) was coming over for coffee and I had promised her a cake. So given the story of how I came to own the book, it made sense to choose a recipe from it for the occasion. I told Pia my story of the suitcase of cookbooks and Masterchef, and she told me that her group were told they could bring a suitcase of cookbooks (in addition to one of clothes); and one of the books she had taken into the Masterchef house was my cookbook, Italian Street Food (!). Pia not only loved the story, but also loved the cake; moist, lemony and just the thing for to eat with a mid morning (or mid afternoon) coffee or tea. And the poppy seeds add a lovely visual appeal, as does the drizzled lemon icing. 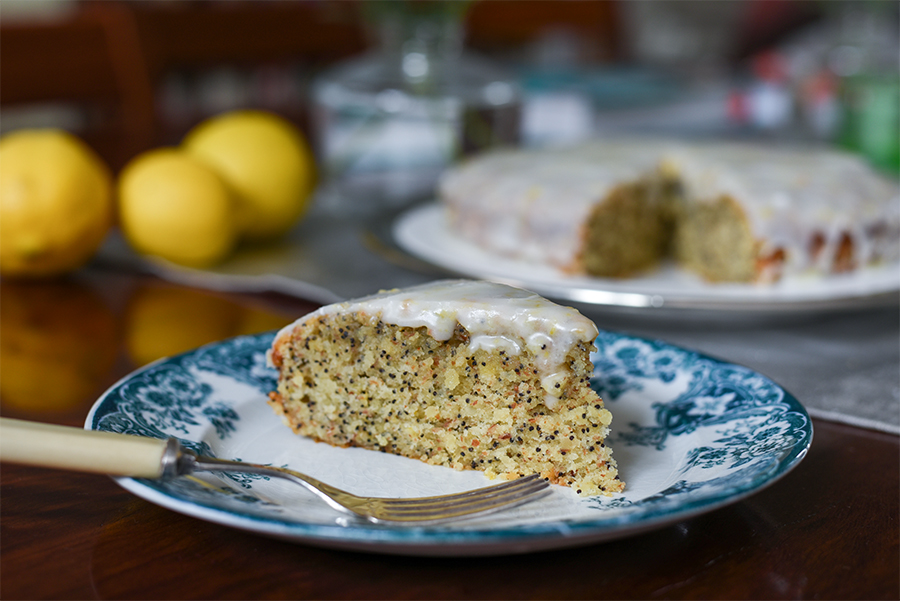 Before I get to the recipe, I want to tell you a bit more about the one day Photography and Writing workshop that I am running with my friend Paula (Mediterranean Wanderer) at the divine Estate Trentham an hour out of Melbourne on Sunday 11 March. What is so exciting about the workshop is that not only is it in the most beautiful location (seriously, check out the link to the Estate Trentham above), it is limited to just ten people. Paula and I will teaching you to take great photos and create content that excites your audience. Together we will be designing food scenes in the Barn and the orchard, learning about telling stories through photos and words in a stunning setting. And there will be lots of eating (how could there not be!) – imagine rustic Mediterranean (Paula is Greek and I am Italian) meets late summer in the Victorian countryside. This workshop is for you if you would like to be inspired, be part of a community of like-minded people; need to increase your confidence with your blog or social media, or would like to learn how to boost your business’ digital content. It would be great if you had a digital camera but a good camera phone will also do. It will be an amazing day!! Want to know more? Click to Paula’s website for further details. I really hope to meet you there! 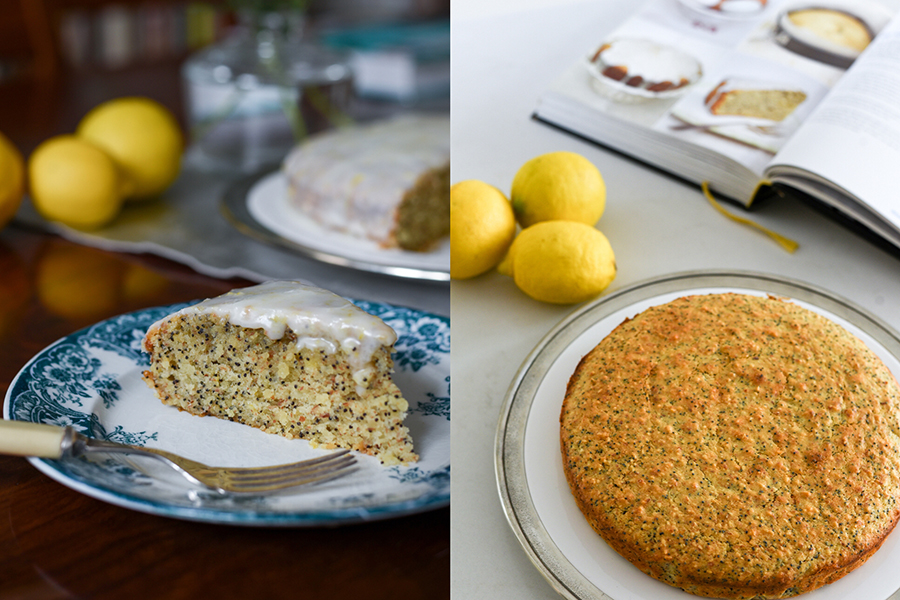 And now here is the recipe for this beautiful lemony cake, broadly based on Jamie’s recipe, which he says was his Nan’s.

Preheat the oven to 180C. Line the base and sides of a 20cm springform cake pan. Beat the butter and the sugar with electric beats until light and creamy; then add the eggs one at at a time, beating well after each addition. Fold in the lemon zest and juice.

Place the almond meal, poppy seeds, flour, baking powder and salt in a separate bowling whisk briefly with a hand-held whisk to combine. Fold the dry ingredients in to the egg mixture until well combined and homogenous. Pour into your prepared mould. Bake for 40 minutes or until firm and golden, and a skewer comes out clean.

While the cake is baking, make the lemon syrup by placing the 75g cater sugar and 80ml lemon juice in a small saucepan at medium heat. Stir until the sugar has dissolved. Remove from the heat and set aside.

When the cake is cooked, remove from the oven and place on a cooling rack. Place multiple holes in the top of the cake with a wooden skewer or toothpick while it is still warm, then slowly pour over the previously prepared syrup. Encourage the syrup to sink into the holes using the back of a teaspoon if needed.

When the cake has almost completely cooled, remove from the springform pan and place on a serving place.

To make the icing, place the sifted icing sugar is a small bowl and pour the lemon juice into it, stirring vigorously until it is smooth. Pour the icing over the cake, allowing it to drip onto the sides.

Will keep covered in the fridge for up to three days.