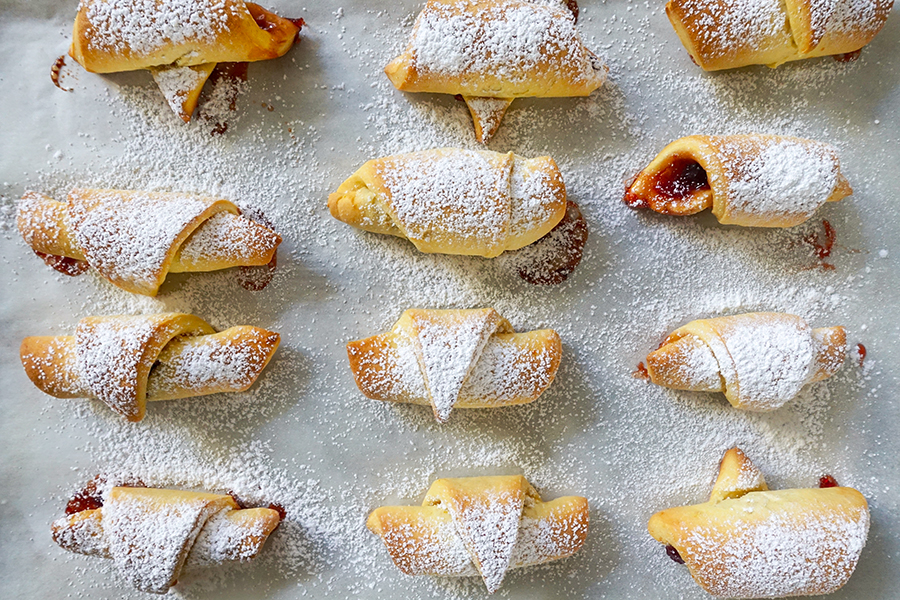 In my research for the recipes of old Istria for my new cookbook, I was drawn to recipes, ingredients and books from the time that my grandparents and my father were alive and lived there. It has a fascinating history and has been home to many different cultures. The peninsula is just beyond Trieste and since the early 1990s, has been shared between three nations: Croatia, Slovenia and a narrow slither at its most northern part that is Italy. It is a land of historically shifting borders: my grandfather was born in Austria, my father was born in Italy and if I had been born there, I would have been born in Yugoslavia. The food of the Istrian people is influenced by all these cultures, and more. As well as a heavy Venetian influence in towns on the west coast (it is after all about one hundred kilometres from Venice, over the sea), there is the influence of the hundreds of years of Austro-Hungarian rule. This means that you will find goulash, sauerkraut and potatoes, strudel and crepes (that we call palacinche) cooked in homes in Istria.

It was this influence that lead me to Irina Georgescu and to the podcast she recorded with Giulia Scarpellaggia of Jul’s Kitchen. After listening to the podcast I purchased Irina’s cook book Carpathia – food from the heart of Romania. Several of the recipes in the book were very familiar. Not only were they similar to Istrian recipes but their titles in Romanian were similar to what they are in Italian. The connection with recipes made sense as Romania had also been under Hasburg rule and after chatting to Irina, I found out the the root of Romanian language is the Italic branch of Indo-European, so it is in the same branch as Latin. Irina is Romanian but lives in the UK. Carpathia is her first cookbook and was listed by the Times of London as one of the best cookbooks of 2020. It is a beauty. Familiar recipes include sarmale (stuffed cabbage leaves that we call sarme); ciorba de varza acra (caraway sauerkraut with potatoes that we call verze e patate); salata de fasole verde (green bean salad that we call salata di fagioli verdi ); Dobos Tort (Hungarian layer cake) and cornulete cu gem (mini crescent rolls with jam). Although some of the ingredients and methods are different, there are many similarities. The first recipe I made from the book was the mini crescent rolls, because my mother used to make something quite similar, but without yeast. They were stored in the biscuit tin (a bit like a cookie jar) and brought out when there were guests and were served alongside a coffee. What I love about Irina’s recipe is that there is yoghurt in the pastry, making is soft and slightly tangy. Just beautiful. Thanks to Irina for letting me share this recipe. It is just 6 weeks until Istria will be released! Stay tuned for events, which hopefully will be able to go ahead (if we are past lockdowns). I will have signed copies for sale in my online shop as well as copies of the newly released second edition of Italian Street Food (for Australian residents only). Bookshops worldwide and online booksellers have all my books. Click here to go to my cookbooks page and get the links. Place the flour, sugar and yeast in a bowl and whisk briefly to combine. Make a well in the centre and add the butter, egg, yoghurt and orange zest. Mix with a spoon to combine then sprinkle a good pinch of salt. Knead for a couple of minutes until well combined and smooth. Cover and leave in a warm place for at least 30 minutes.

Preheat the over to 180C conventional. Flour your work surface and roll out the dough to a 30 cm diameter circle (use a 30cm diameter plate or bowl to help you). Retain any scraps for re-rolling. Cut the dough circle into quarters then cut each quarter into two triangles. Place a teaspoon of jam on the base of the triangle then roll towards the pointy end. Place on a baking tray making sure you leave space between them. Repeat with remaining dough triangles. Bring any scraps together, roll again and repeat to use up all of the dough.

Bake for 15 minutes or until golden brown. Leave to cool slightly then sprinkle on icing sugar. use within a day or two. I like to warm them slightly on the oven and re-dust with icing sugar before serving.

ILLY COFFEE and sunshine - did you know that Illy

Italian Istrians: I have been thinking of my papà

How do you roast your potatoes? I make mine by pee

Cannoli for breakfast - now that would be a good t

Oil and garlic - two of my favourite things and th

Who misses travel? And who misses Sicily? Some ima

Mini crescent rolls with jam - cooking from the be 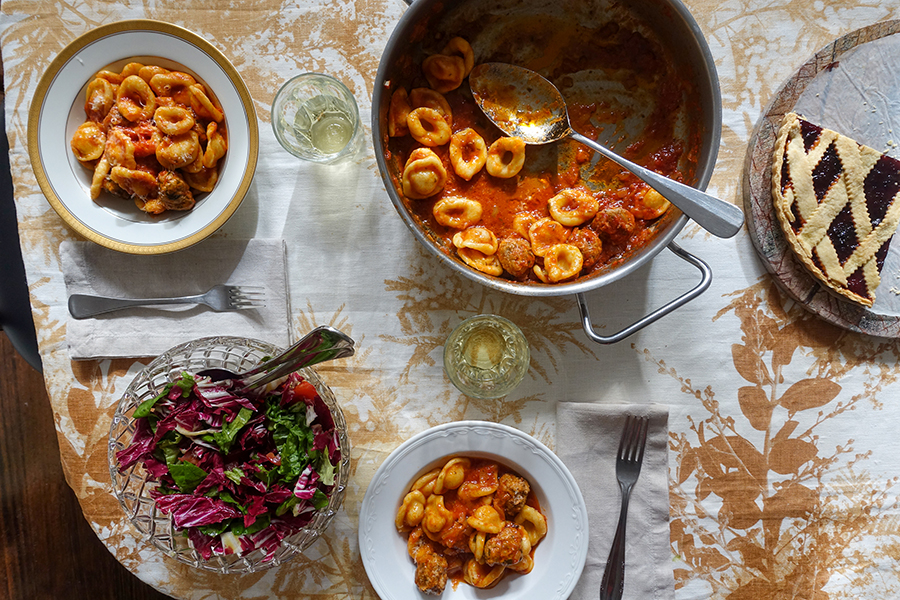 ILLY COFFEE and sunshine - did you know that Illy

Italian Istrians: I have been thinking of my papà

How do you roast your potatoes? I make mine by pee

Cannoli for breakfast - now that would be a good t

Oil and garlic - two of my favourite things and th

Who misses travel? And who misses Sicily? Some ima

Mini crescent rolls with jam - cooking from the be