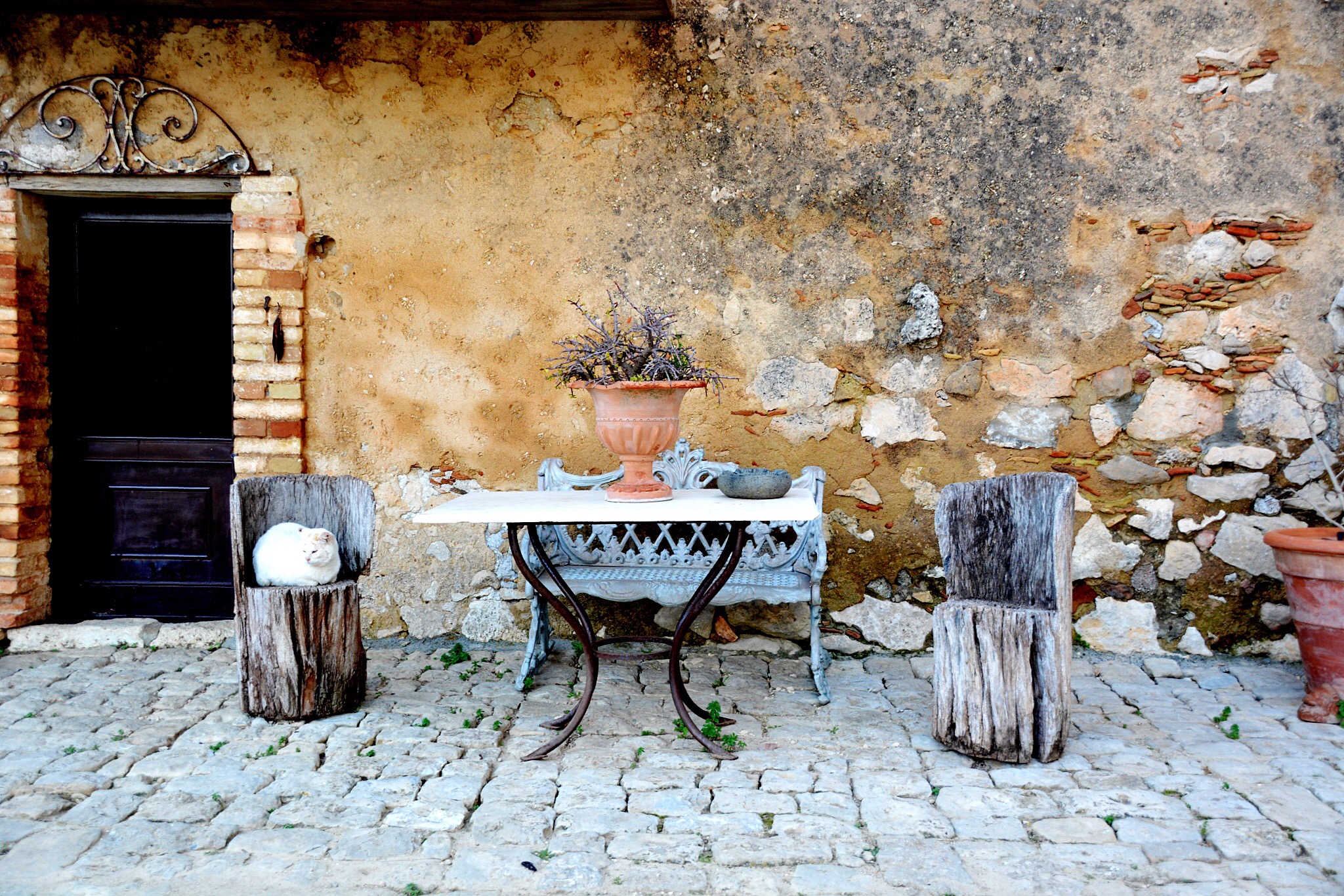 I was blown away by the beauty of Sicily’s centre – blocks of vivid green rolling hills like a painting by Cezanne and endless fields of wheat, vines and olive trees. It was lush, mountainous and sparsely populated. We saw few other cars as we drove down narrow roads, stopping to let herds of goats and sheep go past and up precipitous hills in tiny towns where our tiny rented Lancia needed to drop back to first gear to make it. 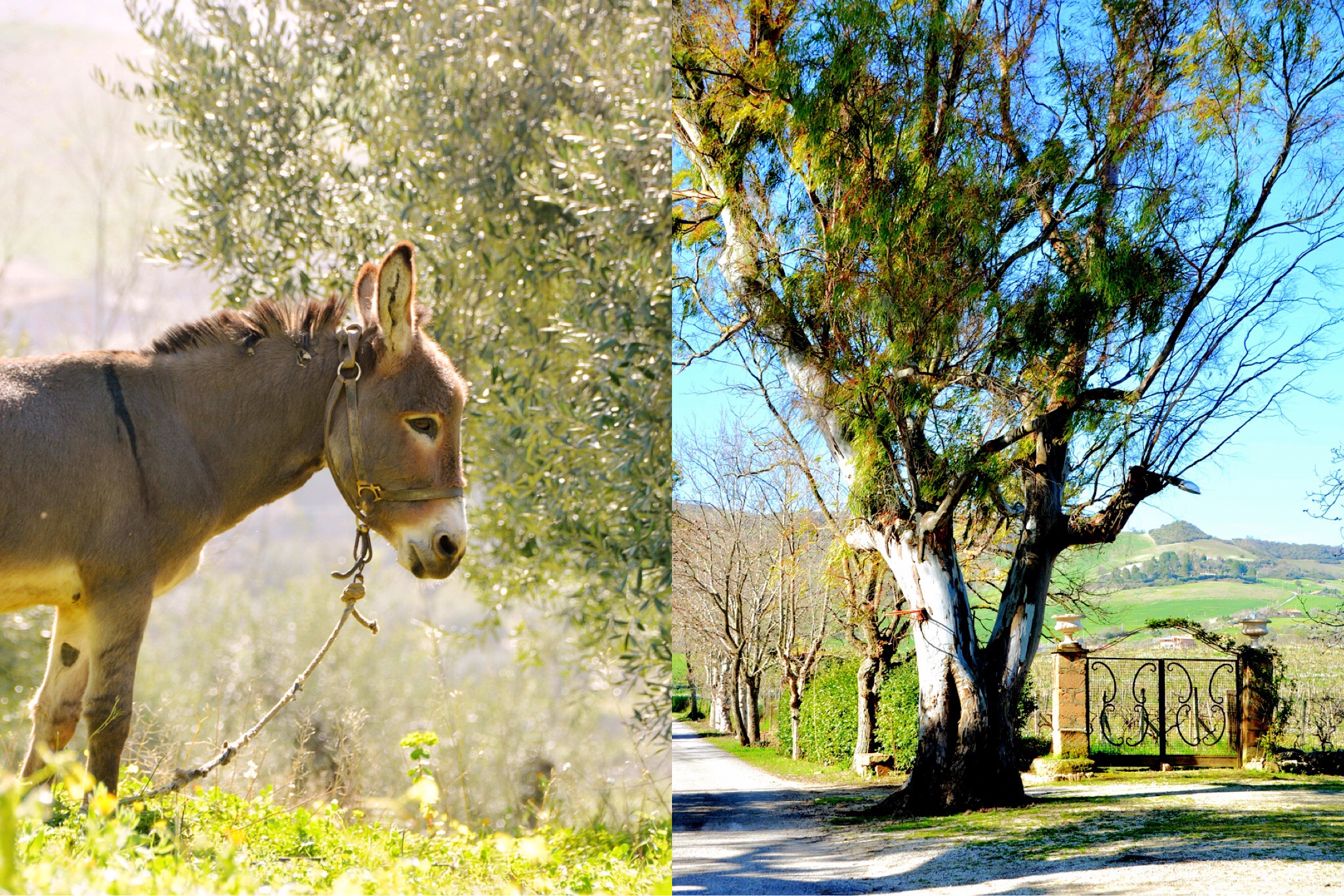 My reasons for visiting the centre of Sicily were threefold: to see the mosaics at the Casale Romana at Piazza Armerina; to see the Valley of Temples in Agrigento and lastly to visit Fabrizia Lanza at Regaleali to continue the conversation we had started in Melbourne in early March about one day running cooking classes at the Anna Tasca Lanza Cooking School. Fabrizia had suggested we stay at Masseria Mandrascate one night as it was not only close to the mosaics, but a beautiful, traditional and rather grand masseria (fortified 17th century farm house), impeccably converted to a Bed and Breakfast, set amongst olive groves and a vineyard. 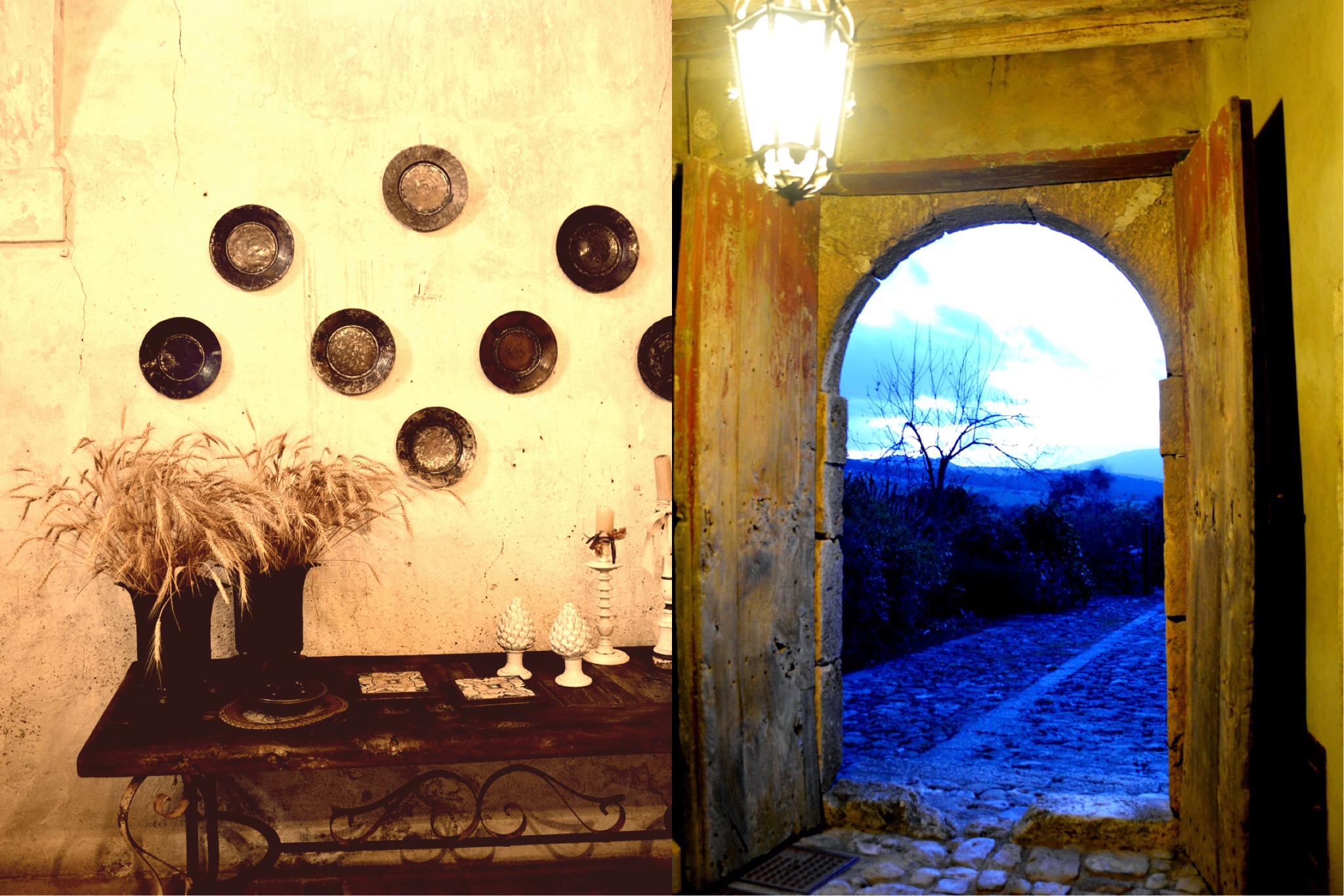 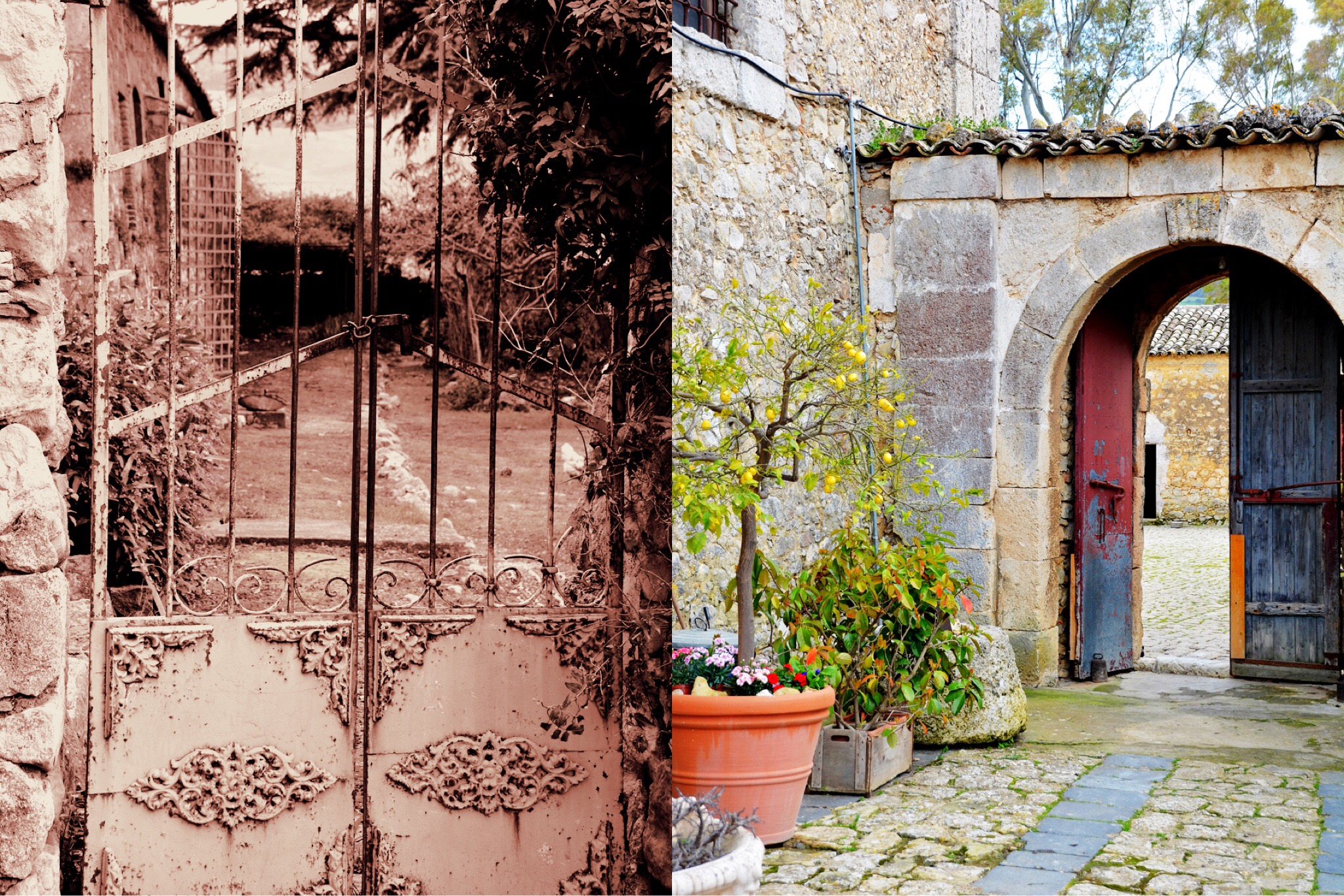 Getting to Masseria Mandrascate was a bit tricky. We were using an iPhone App that operates a bit like a GPS, placing our position on the map as we travelled through the countryside. Driving around mountainous Sicily on the strade statali (secondary roads) was a bit challenging – the roads wind around, there are several routes to one place (and they never seem to be remotely close to a direct line), some roads are poorly maintained (not helped by the recent heavy rain) and some even closed or only open to local traffic. We took our chances on one of the roads that was only open to local traffic as it was the most direct route and thought we could turn back if the road fell away or was completely blocked. It seemed quite overgrown with plants, but we saw one or two cars going in the opposite direction, so felt that was a good sign to continue driving, There were *a lot* of animal droppings on the road, but we kept going, over cracks in the bitumen and dramatic dips in the road. What almost broke the deal was the herd of donkeys blocking the road. We learnt that you have to beep at them to get them to move – I made a short video of our approach on my iPhone.

The story has a good ending as you can see from the photos – we arrived before dark and it was indeed a stunning place in a gorgeous location. Our host Rosita Prato was very friendly and invited us to try some of the recent vintage of red wine before driving us into the nearby Valguarnera to show us where the restaurant we would be dining at was. The masseria is where she grew up together with her sisters and brother and has been in the family for several generations. The large central courtyard was spectacular and had chickens, ducks, cats and a dog all running around freely. Rosita has a couple of rooms that showcase small old farm equipment from the time when the masseria was run as a farm house  with contadini working the land for the landlord. The masseria is ideal for weddings and large gatherings. In summer when Rosita’s extended family comes to stay, guests at the BnB might get invited to join in the fun  of meals with the family. Apparently the Italian television station RAI filmed part of a show about the painter Caravaggio in the masseria and left behind some props including an old stone stove (made out of plastic I think – you couldn’t tell by looking at it though). Many of the beautiful pieces of art or wrought iron creations are made by Rosita’s sister, artist Jole Prato or her brother Giuseppe Prato, an architect. 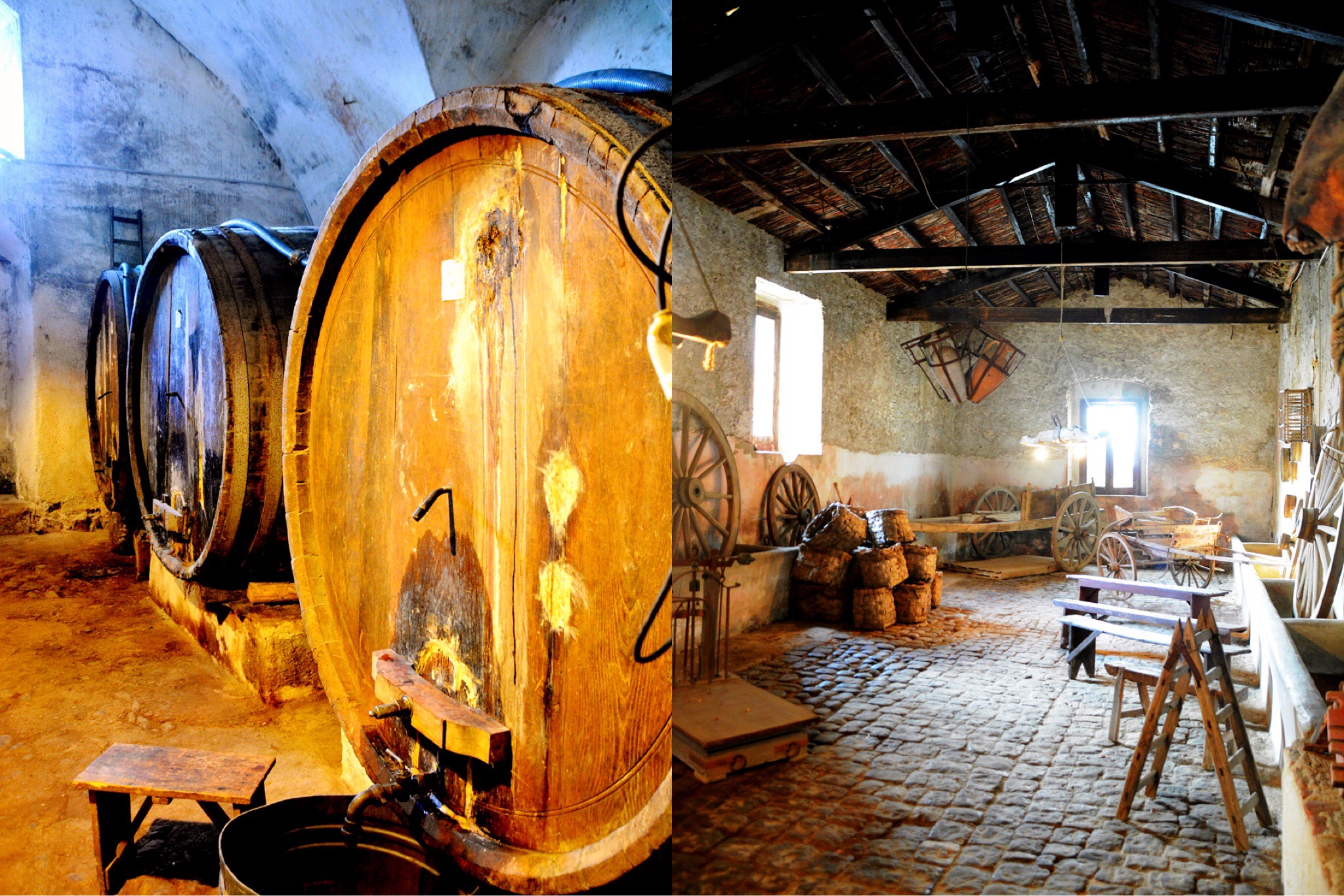 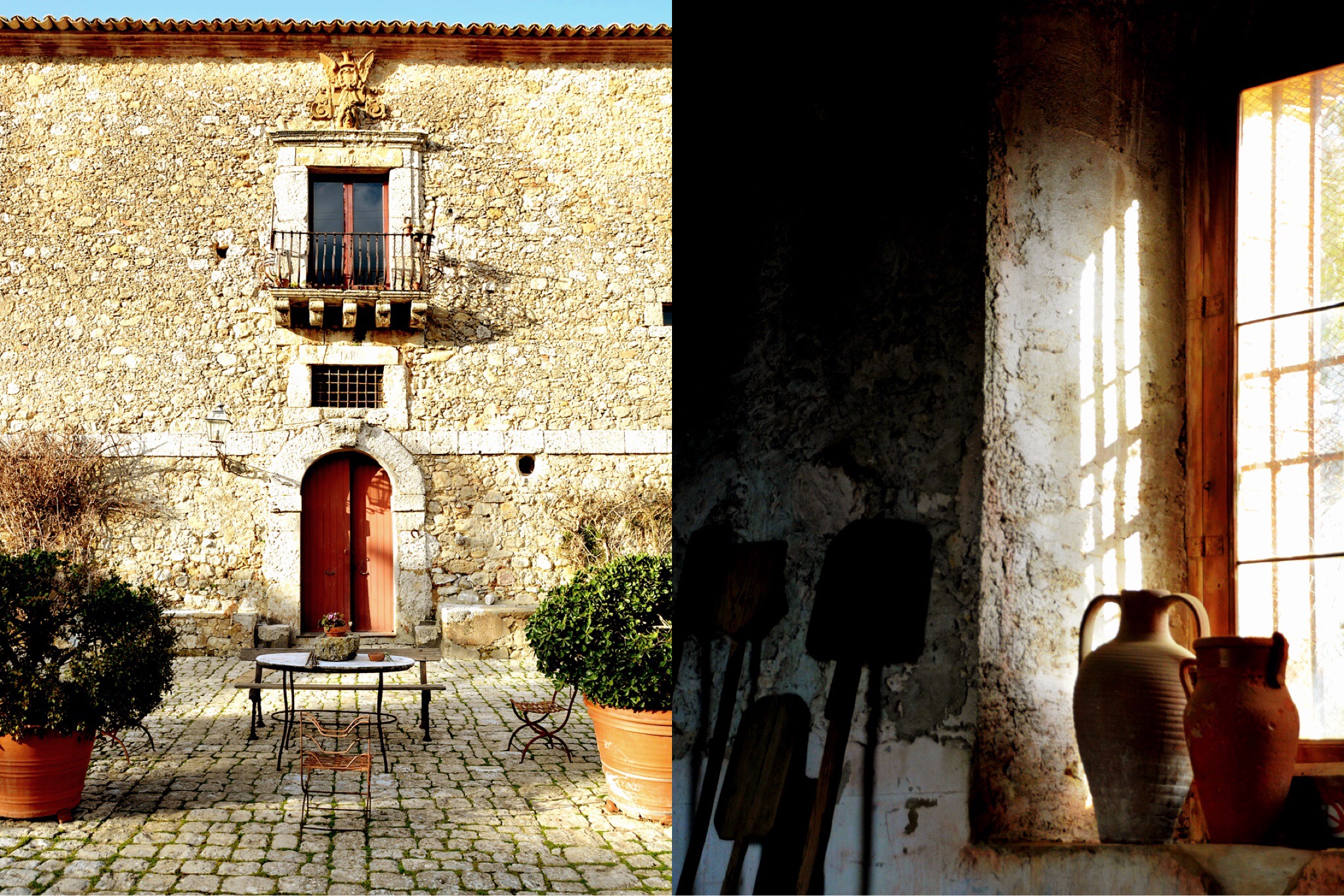 For breakfast the following morning, Rosita prepard a plate of fresh ricotta and a peeled hard-boiled egg, drizzled with their own production olive oil and salt and pepper. It made the most delicious breakfast served with a glass of freshly squeezed blood orange juice (from the property’s oranges). She waved us goodbye after showing me a whole lot of photos she had taken of the property and of food, telling us we had to return in summer when the vines were full of fruit. 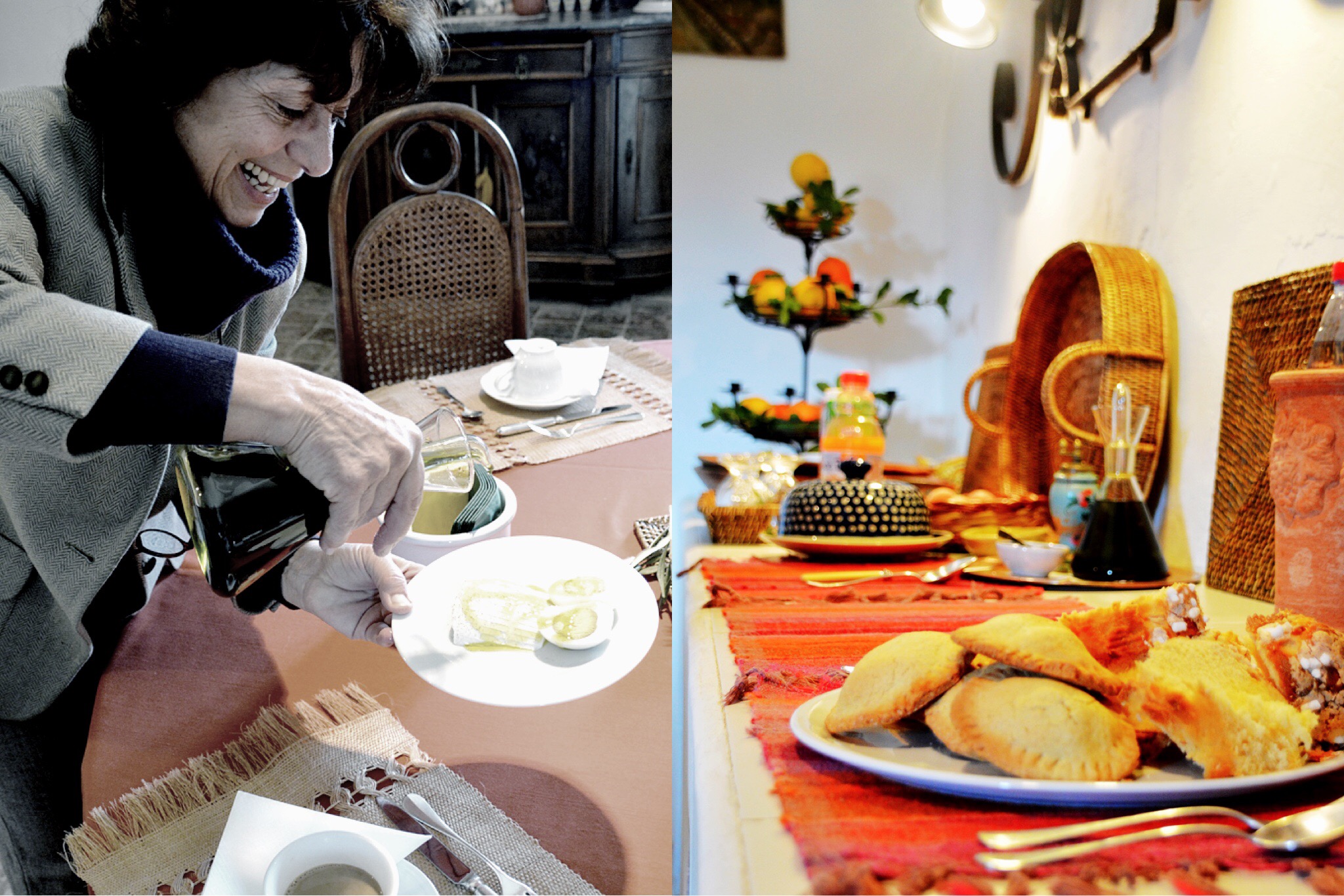 Masseria Mandrascate is a beautiful place to stop and enjoy the picturesque views and slow agricultural life of central Sicily. I loved staying there and would love to return, though I think I will stay clear of the strade statali as much as possible next time! 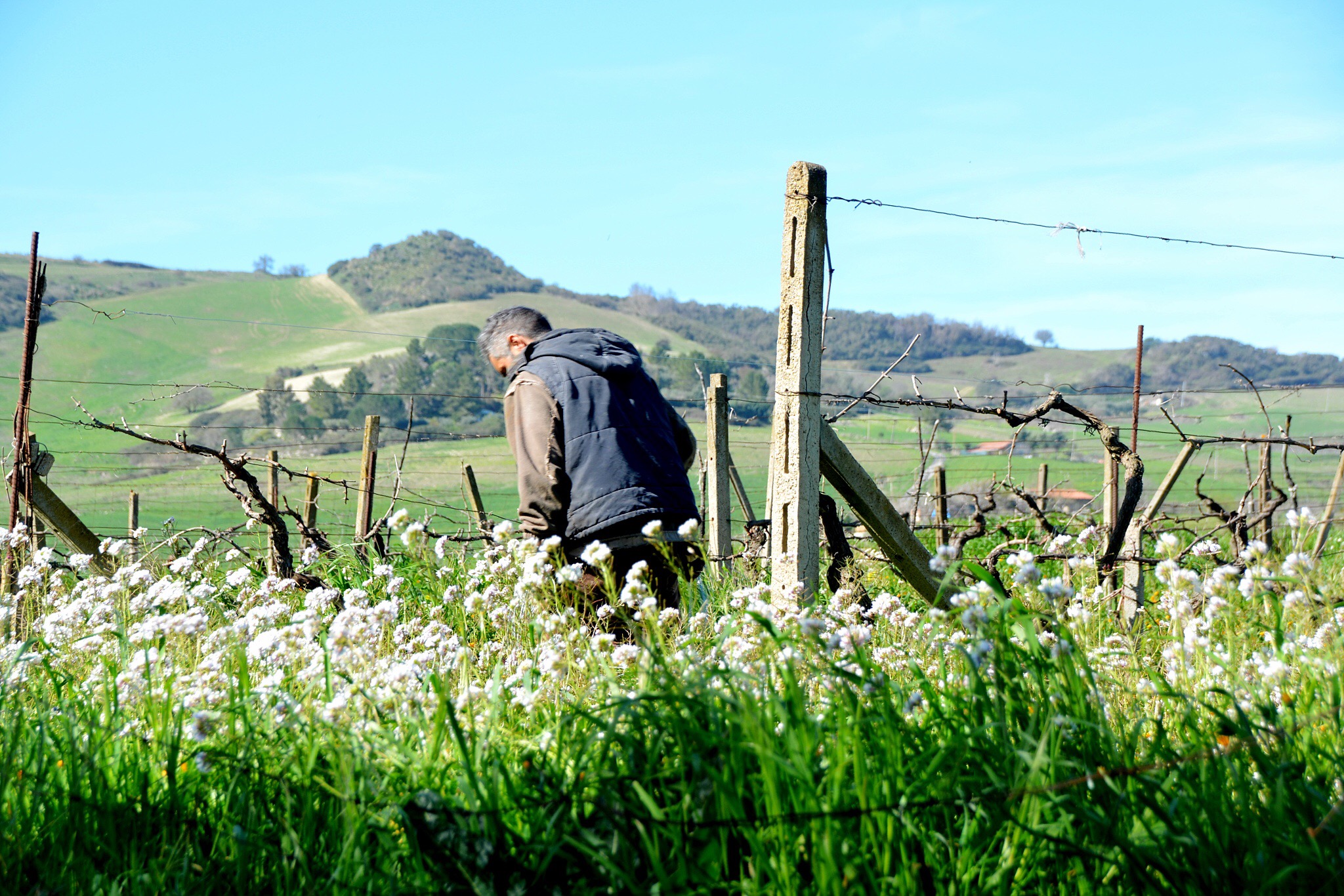