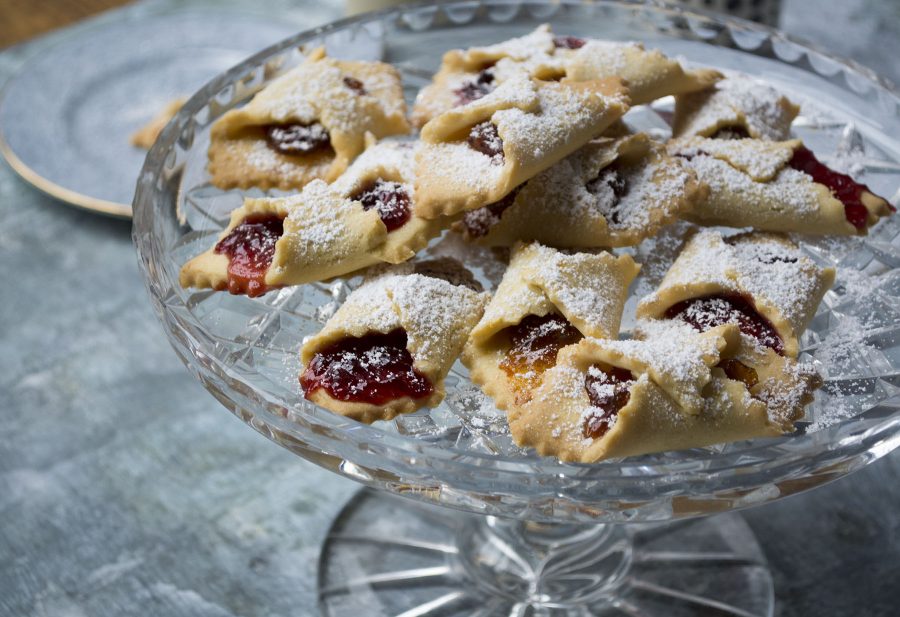 At last weekend’s gnocchi-making class I was fortunate enough to receive a couple of gifts from the participants: Sophie (from Grounded Pleasures) gave me two boxes of divine drinking chocolate (I am drinking a rather large cup of the Sicilian Orange one as I write) and Amanda gave me several paper bags containing tiny biscotti made by Ciro and Amedeo (from Ciro’s Cakes and Biscuits and from Floriana Cakes respectively). These unexpected gifts (like the deep orange home-made quince paste that Carmen from the Heirloom Chronicles had brought me the week before) are one of the many pleasures that I get from running hands-on cooking classes in my home, as well as meeting a bunch of lovely foodies who want to learn about Italian home cooking. 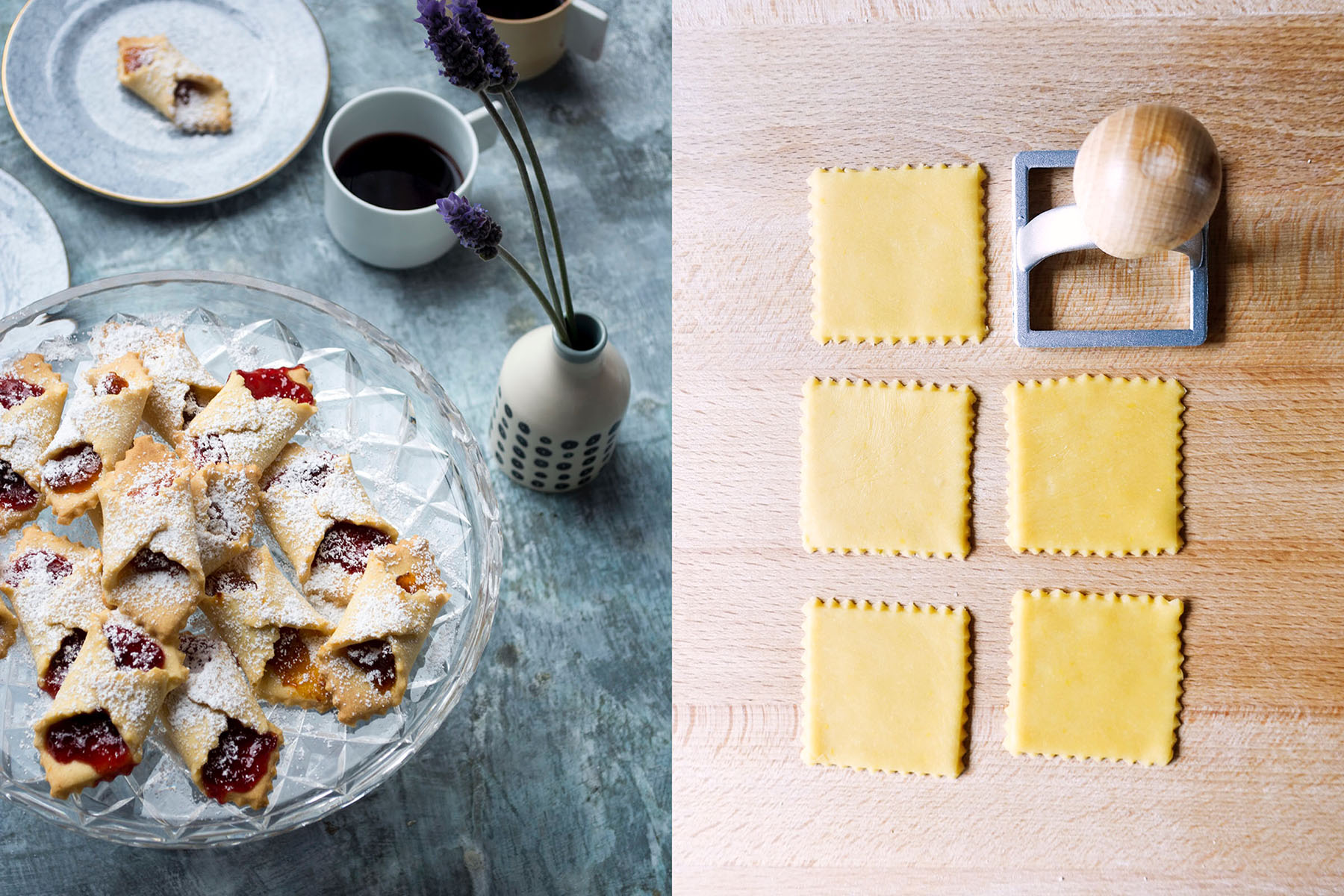 My favourite biscottini (tiny biscotti) of the ones that Amanda brought were tiny folded squares of shortcrust pastry with a dollop of jam in the middle – such pretty crumbly but delicate sweetness  – Mark and I ate them within a couple of days (ok, so I ate most of them…). I was so taken with them that I looked them up online and realised they were called fazzoletti con marmellata, which literally means “hankies with jam” (quite a funny name in English). I set about making them, adapting the dough in my crostata recipe by adding some cornflour, and using a ravioli-cutter I had purchased in Italy last year to make the fluted-edge squares. I rolled the pastry reasonably thinly and kept it at room temperature so I could easily fold the dough squares over. I used two types of home-made jam: a bitter-sweet one made by Verdiana with cumquats from her tree, and the very last of the plum jam I had made last year with plums from mamma’s tree. As the cumquat jam was chunky with lots of large pieces of fruit, the jam did not run as much during baking as it did for the plum jam. So take note of the jam you use; one with more fruit pieces is more likely to stay put in the little fold of pastry (though it is also nice to have the jam run to the corner of the dough). 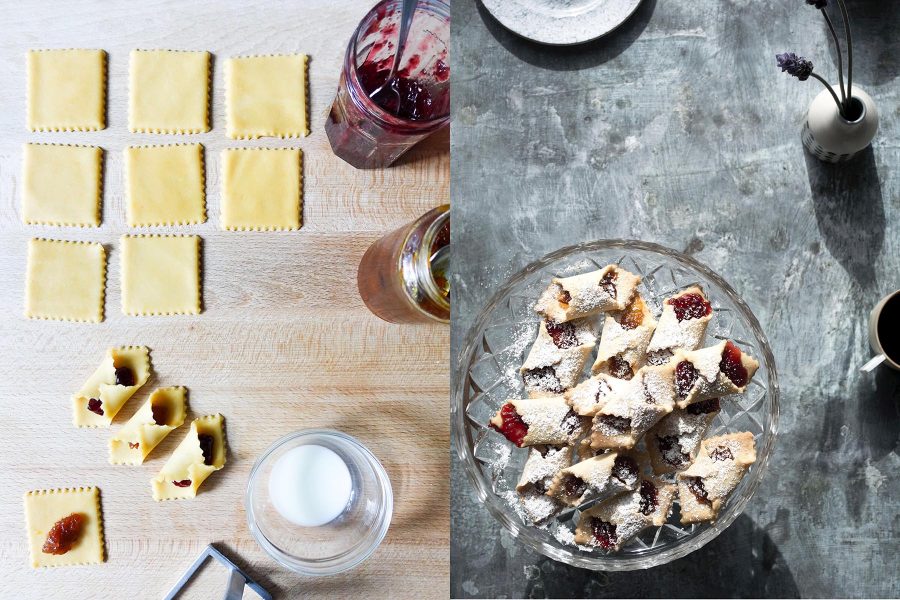 As this will be my last blog post with a recipe for some time – here are a couple of updates:

I am excited to announce that in 2017 I will expanding on the types of classes I run as well as increasing the numbers (coinciding with decreasing my days in an office job). From October 2016 I will be collaborating with several amazing companies for my classes:

Basile Imports for Caputo flours, which have been milled in Naples since 1924. We use the flour to make pasta, gnocchi, crostoli and pretty much anything we prepare or share during classes;
Costante Imports for the imported Italian equipment we use – pasta machines, pasta boards, fluted pastry cutters and the cutest little cavatelli-making machine called Miss Peppa during Pasta 101 classes;
De Bortoli wines for their delightfully bubbly Prosecco line, made with grapes grown in the King Valley in North-Eastern Victoria, which we share during classes;
Mutti Pomodoro for their sweet cherry tomatoes and polpa made with love since 1850 in Parma, that we use to make sauces for pasta and gnocchi.

My month in Italy

I will be on the island of Capri for the first two weeks of September, taking photos for a project for Holly and Gianluca from Ristorante Michelangelo. I will also be running several half-day cooking classes while I am there.

I will be running a five-day workshop with Fabrizia Lanza at the Anna Tasca Lanza Cooking School in the third week of September. The school is located in the centre of Sicily and is an absolute dream. I feel very fortunate to be involved in the workshops, during which we will be learning about local seasonal produce, traditions  and cooking and sharing incredible Sicilian meals and wine. Fabrizia also runs a 12-week intensive over January – March each year called Cook the Farm. If I could run away to Sicily for this long, I would do this program, which is about the connection between farming, cooking and eating – check out this video to be inspired and fall in love.

Follow me on instagram if you want to see photos of my weeks in the South of Italy – I will be posting daily.

After my week in Sicily, I will be back up in the Northeast of Italy, spending time with my family. It will be the first time back since my uncle Mario passed away in July and although it will be lovely, it will not be the same without him there.

My cookbook Italian Street Food will be available in bookshops from 1 November in Australia, New Zealand and the UK (a bit earlier in the USA). There will be one or maybe two launch events around that time – we are currently in the planning stage and it will be lots of fun (as street food is all about fun!). If you don’t want to wait until the book is available in shops, I have a limited number of copies available online to collect from me directly or to have posted (though I will not be able to send them to you and you will not be able to collect them from me during September as I will be in Italy).

So goodbye for now, see you in Italy – ciao ragazzi, ci vediamo in Italia!! X 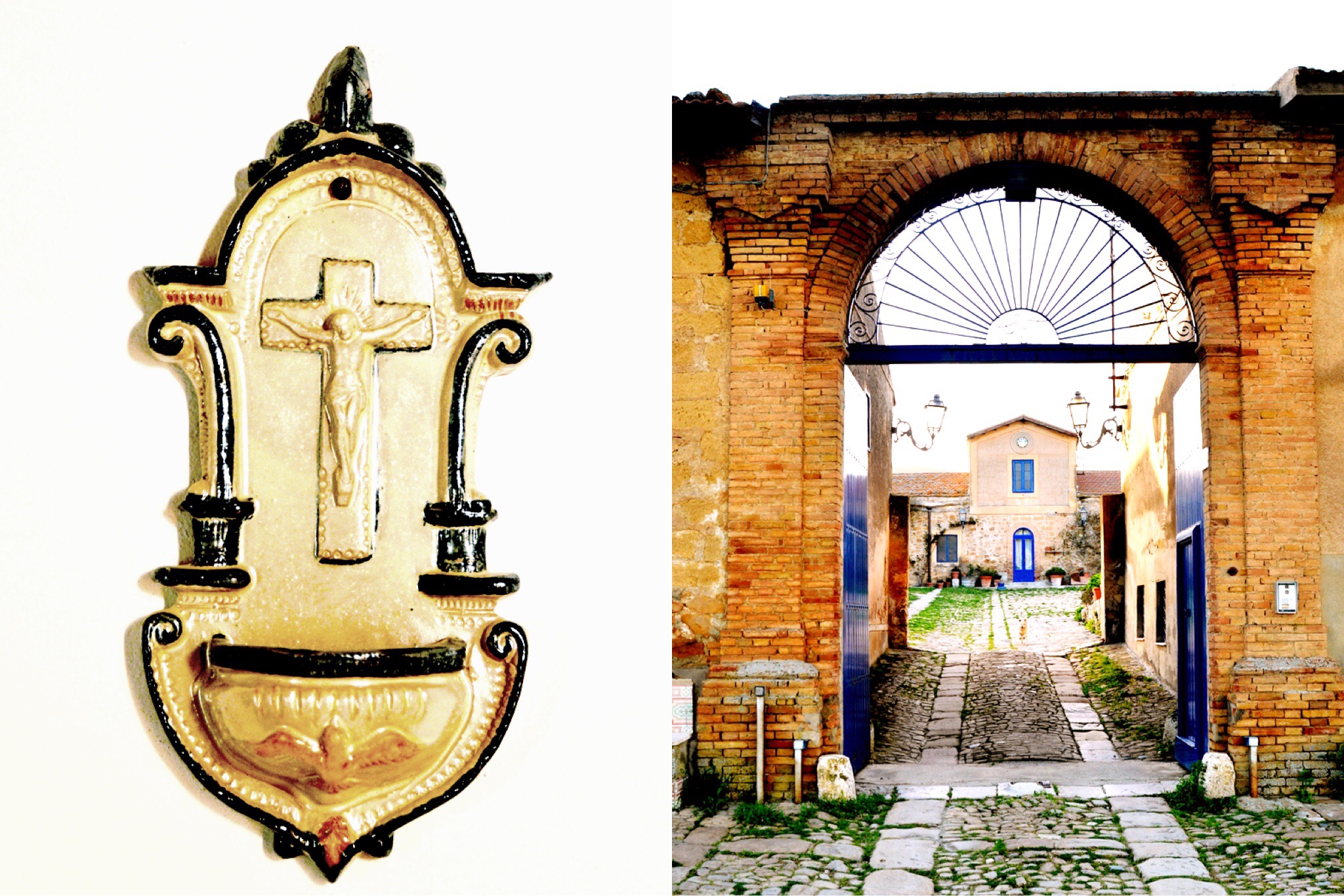 Beat the butter and icing sugar until creamy. Add the vanilla, salt, flours and lemon rind and beat until crumbs form (no more than a couple of minutes). Drop in the egg and beat until it comes together (less than a minute). Place on a working surface and knead a couple of times, place between two sheets of cling film (this prevents it from sticking to the rolling pin), flatten the pastry slightly with your hand, and roll the pastry out until if forms an approximate 15 cm circle. Wrap the pastry in cling film and place in the fridge for about an hour.

Preheat the oven to 180C. Line a couple of baking trays with baking paper.

Divide the dough in half (or in quarters). Put half (or 3/4)  back in the fridge and roll the pastry out (again, I do this between two sheets of cling film) until it is about 1-2mm thick. Using a square ravioli cutter (mine was just under 7cm x 7cm) or a fluted pastry cutter, cut squares of pastry. Place a small teaspoon of jam on the centre of the square and fold opposite corners onto each other, with a dab of milk to bind them together. This is easier if your pastry is not too cold and quite thin. Repeat until you have used up the lots of pastry.  Bake in batches for 15-17 minutes, until the fazzoletti are pale golden.  Allow to cool on a rack then dust with icing sugar. These keep for 3-4 days in an airtight container. 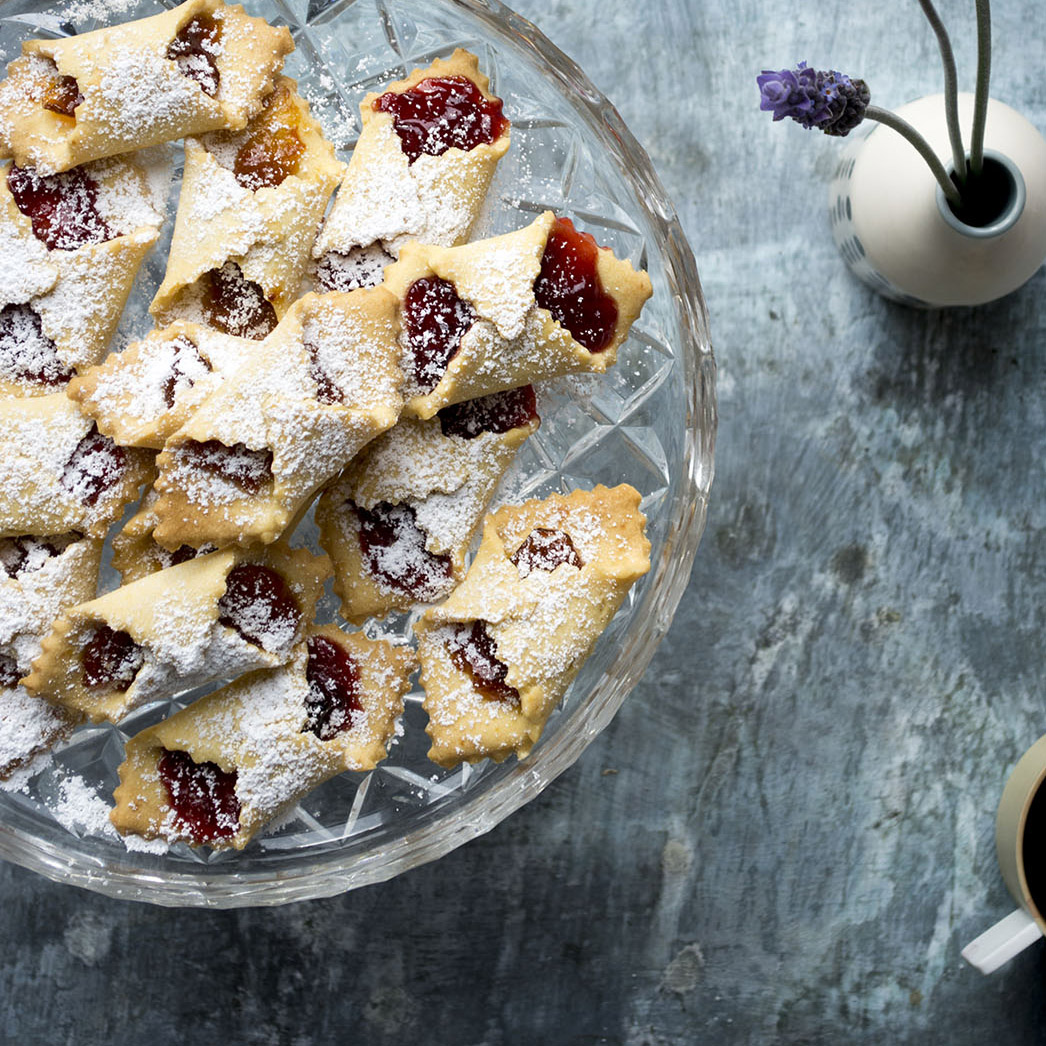