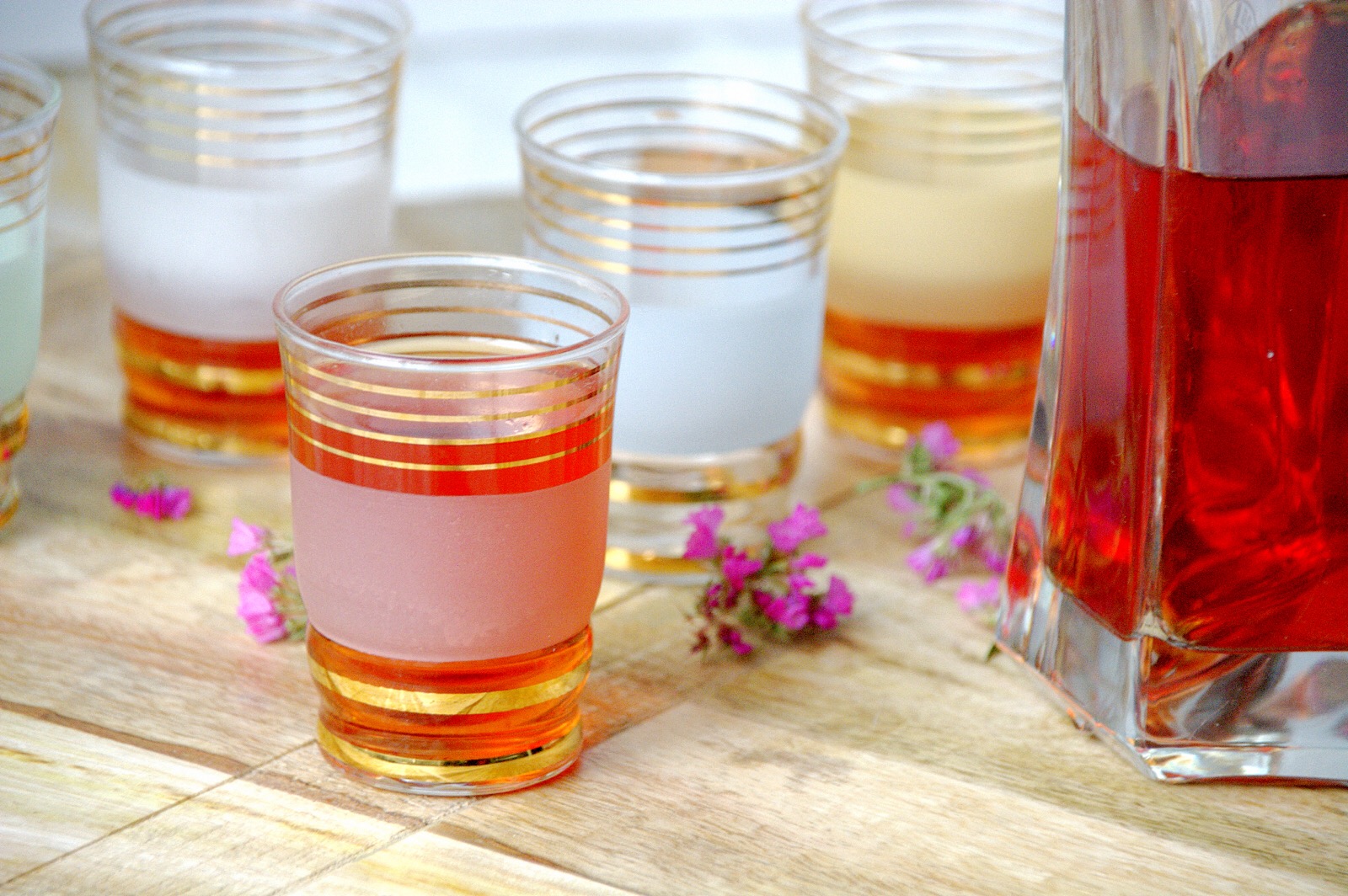 When we moved back from Italy in the 1970s, we settled into what was then the outer eastern suburbs of Melbourne. We bought a brand new house and had spent nearly all of the family savings moving to Italy and then migrating back to Australia. So papa’  built some of the furniture we used in those first years. Back then the lounge room was his temporary work shed for a few years until he built the garage. Every night after work and on weekends, he would make tables and cabinets, or paint second-hand items we got through the Trading Post. One of the things he was very proud of was the bar that he built in one corner of the L-shaped lounge room. Having a bar in your house was the height of fashion in the 1970s. The bar had (well it still has) a high bench and three heavy dark wooden black-vinyl topped barstools. It is covered in wood-panelled laminex and has hidden shelves where the barman could discretely place glasses. The back wall of the bar had cut-out arches filled with bottles of liqueur and spirits (as well as the odd bottle of home made grappa). Back then it was also covered with wallpaper which had a red brick pattern, a bit like the red brick cantina (cellar) he built under the house. There was nothing more exciting than showing my school friends that we had a “bar” and sitting at it, pretending to have a drink just like an adult. 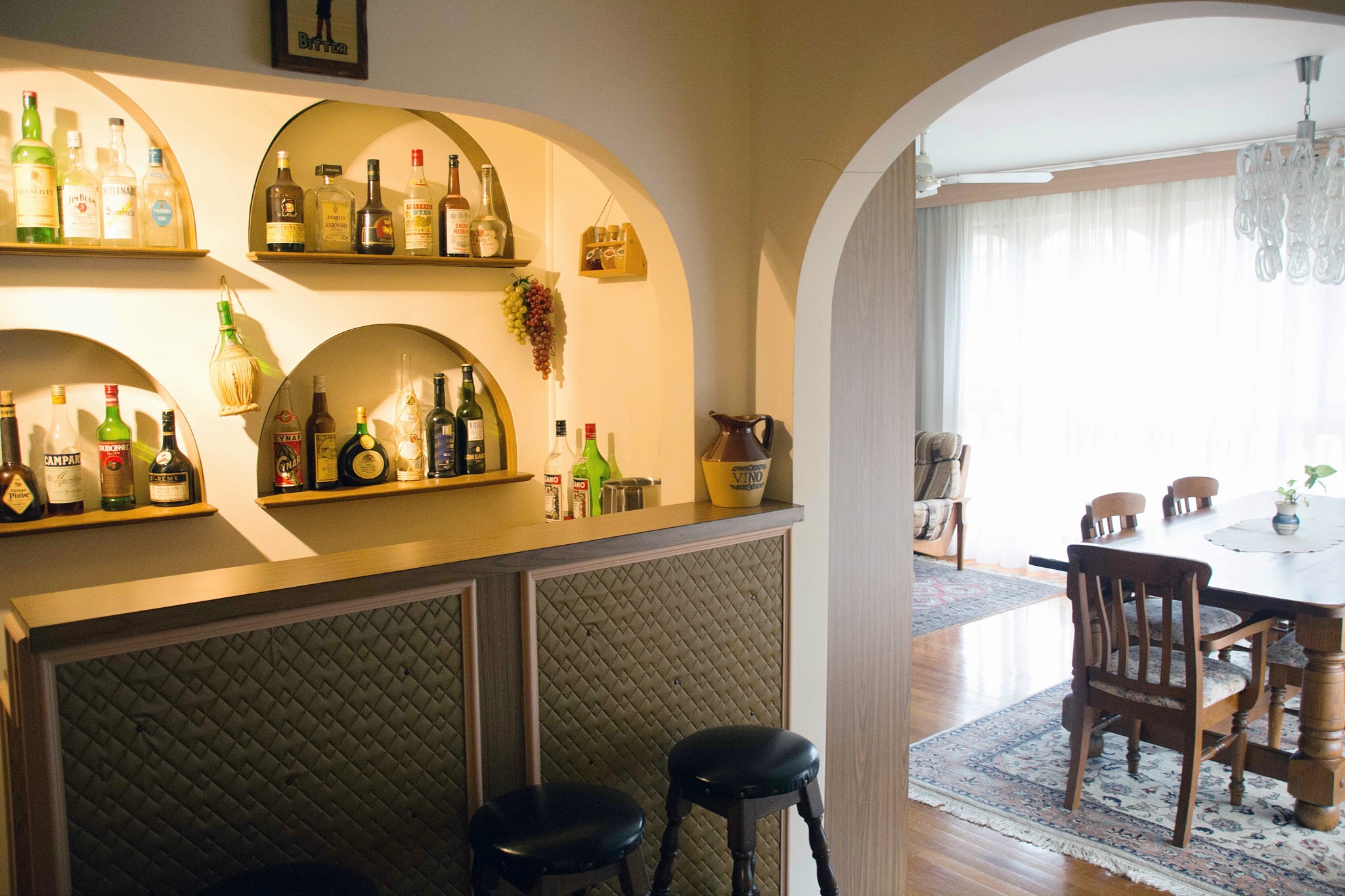 I don’t think papà ever restocked the bottles from the original ones he bought in the 1970s either. My parents drank wine with their meals and enjoyed grappa in coffee (and in various northern Italian sweets and cakes) but the rest was left to evaporate over time (or at least until I went to university then there were frequent parties at my parents place and the contents of the bottles seemed to {ahem} evaporate at an even faster rate).

Back in the day, my father also used to make wine and grappa at home. The wine was cloudy and strong but the grappa was perfect for coffee and in cooking. He even tried making limoncello once – difficult task as the best recipe calls for 95 proof alcohol. This can be bought in a supermarket in Italy but is impossible to buy in Australia. And using vodka doesn’t get quite the same result. Back in January, thinking about that limoncello, as I flicked through a 1993 book by Lorenza de Medici, I found a recipe that sounded delightful –  liquore di fragole, a strawberry liqueur which has a base of vodka. 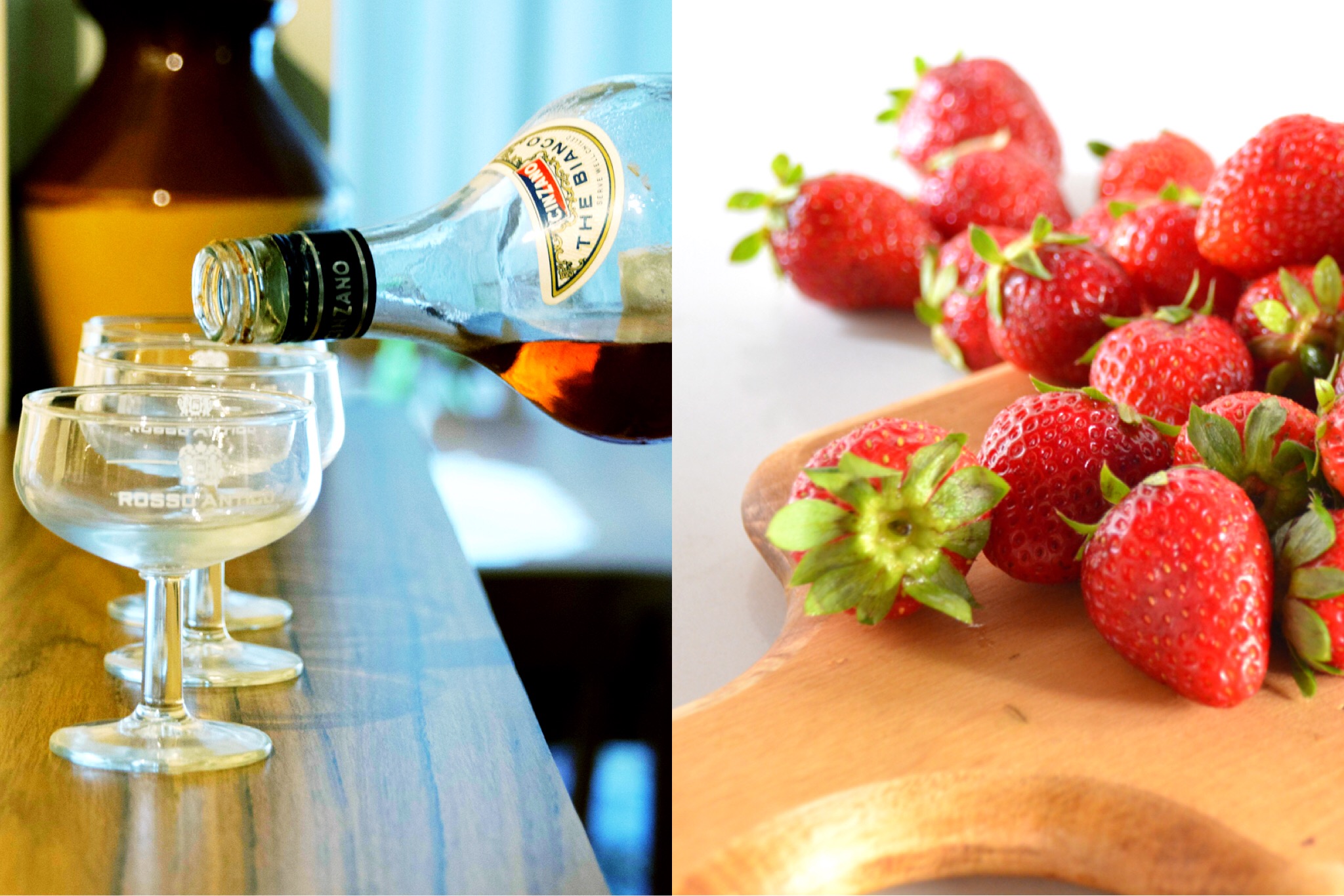 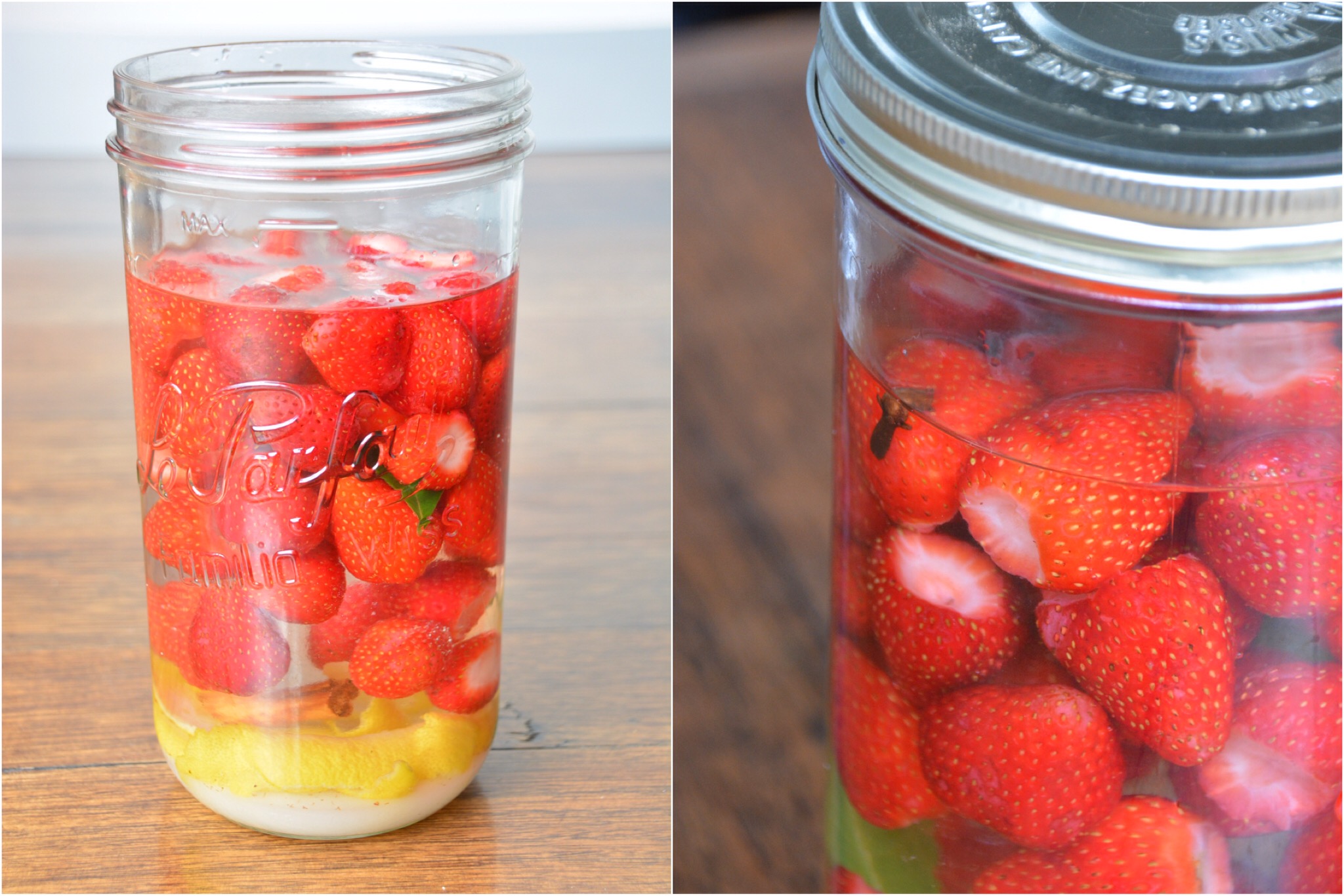 In addition to strawberries, the recipe used lemon peel, sugar and various spices and it takes 6 months for the liqueur to infuse. So now it is July, precisely 6 months after I made the liqueur, and it is time to test the result. The strawberries looked quite pale and had floated to the top of the jar. I loosened the seal and removed the lid – a lovely albeit alcoholic fragrance emerged with tones of sweet spicy strawberry. 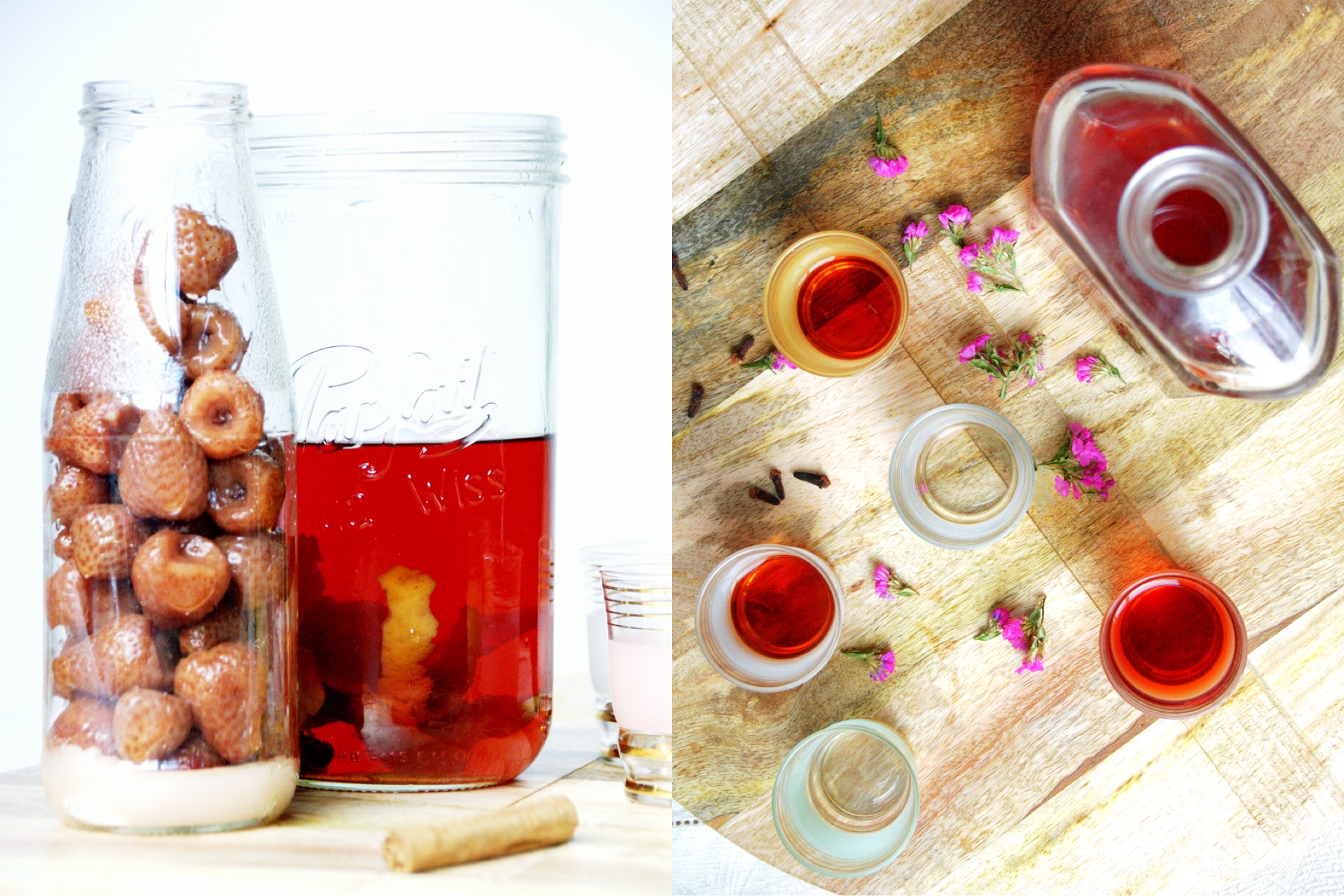 Once I had removed the fruit and placed it in a separate jar, I strained the lemon rind and spices off through a filter. The most beautiful clear ruby red liquid remained. I tasted a bit (divine!) and sent an SMS to Mark – warning him most of it might be gone by the time he got home from work….. 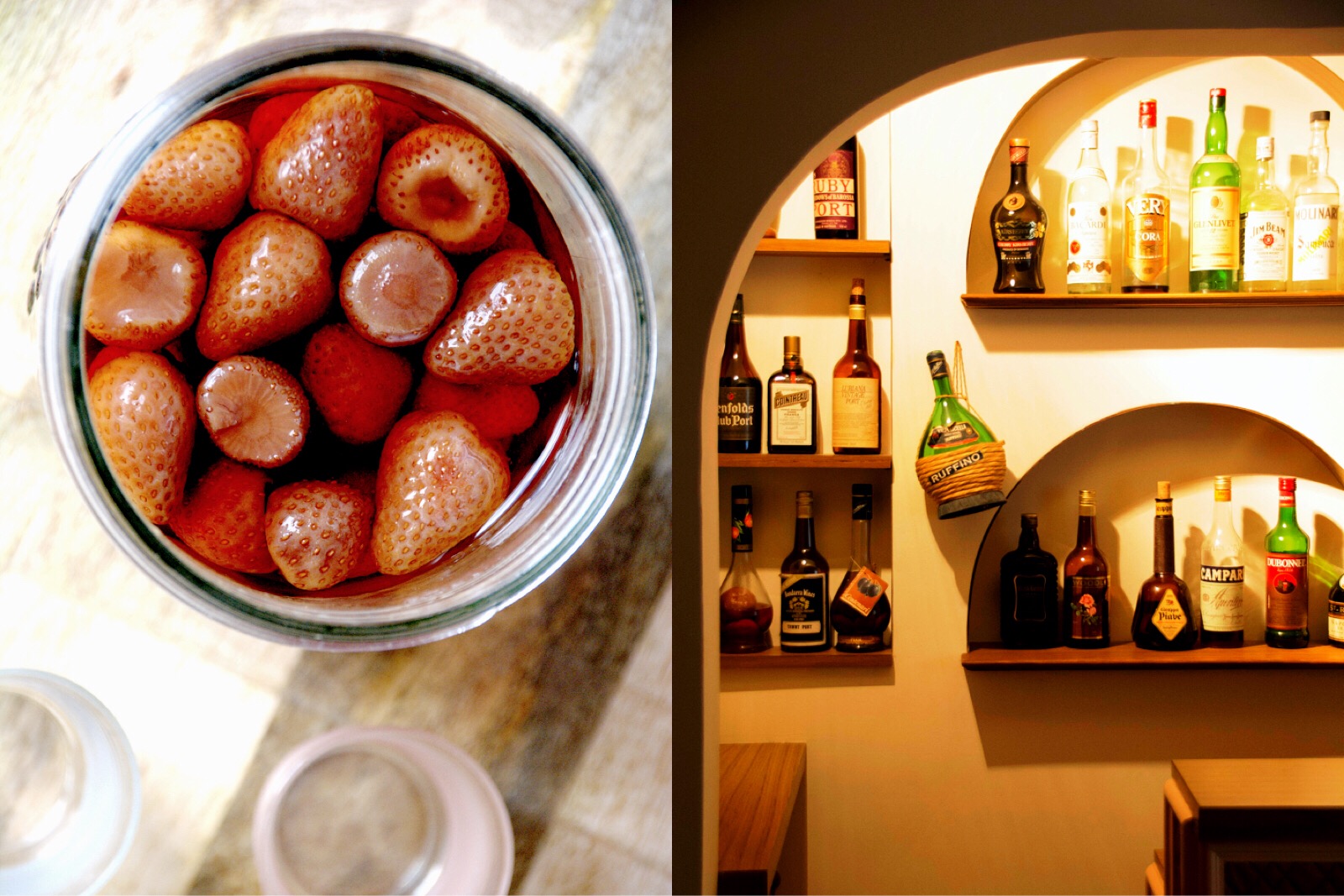 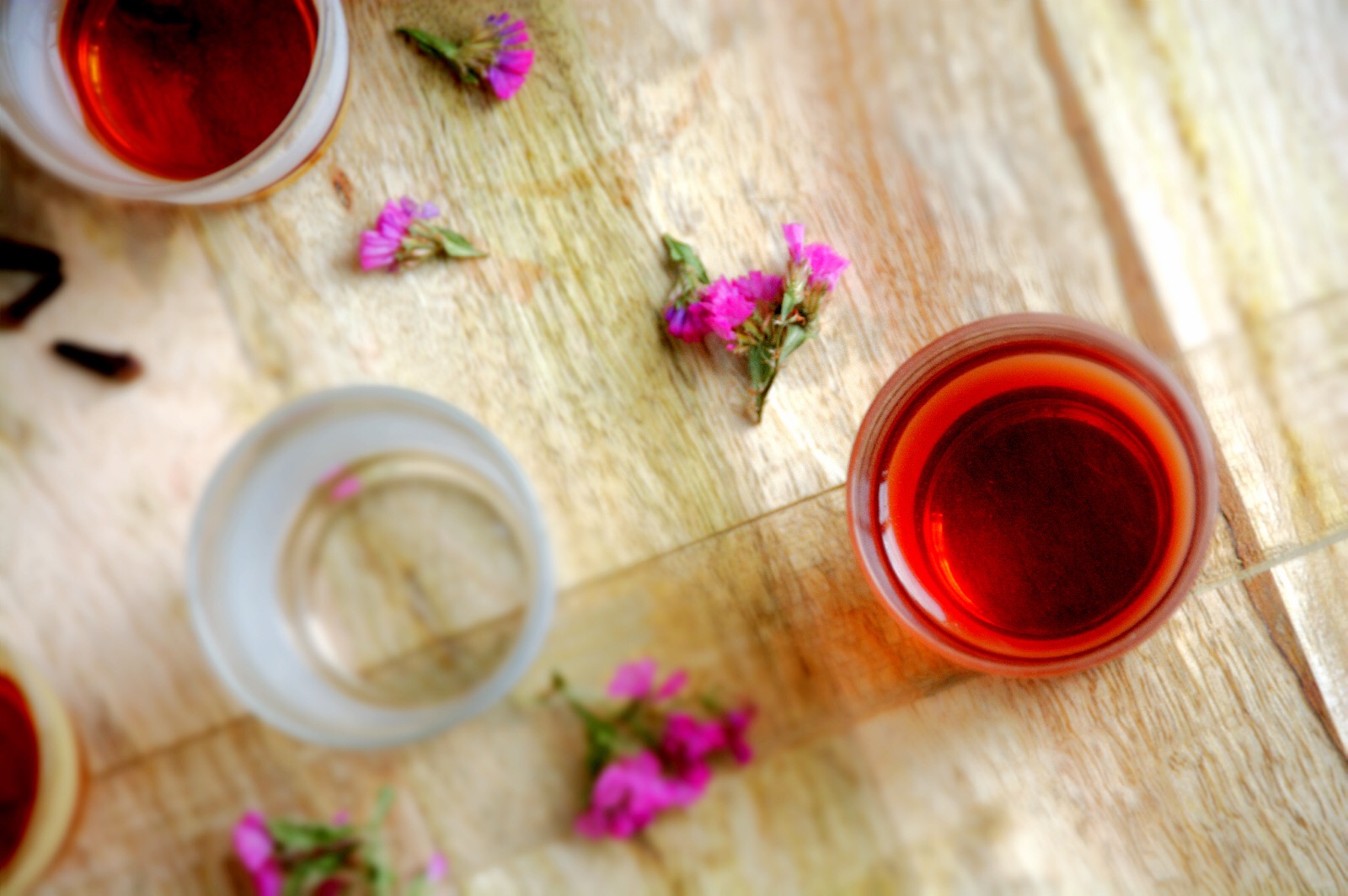 A bonus is the strawberries that are left over. You add extra sugar and pop them in a clean jar. I can’t wait to eat them over some good quality vanilla bean icecream. The only problem with making liquore di fragole is that you have to wait 6 months for it to be ready. It is less than 6 months to Christmas so I had better get started on a new batch. Mark suggested making one batch each month – a bit expensive, but what a wonderful idea!

In a large screw top jar, combine the strawberries, spices, 90g (3oz) of the sugar, lemon zest and bay leaves. Cover with grappa or vodka and seal. Allow to infuse for 6 months.

After 6 months, put the remaining 60g (2oz) of sugar in a small clean jar, remove the strawberries from the large jar using a slotted spoon and add them to the small jar with the sugar. Seal the jar well.

Strain the liqueur through a paper filter and pour into a clean bottle. Seal hermetically and chill. 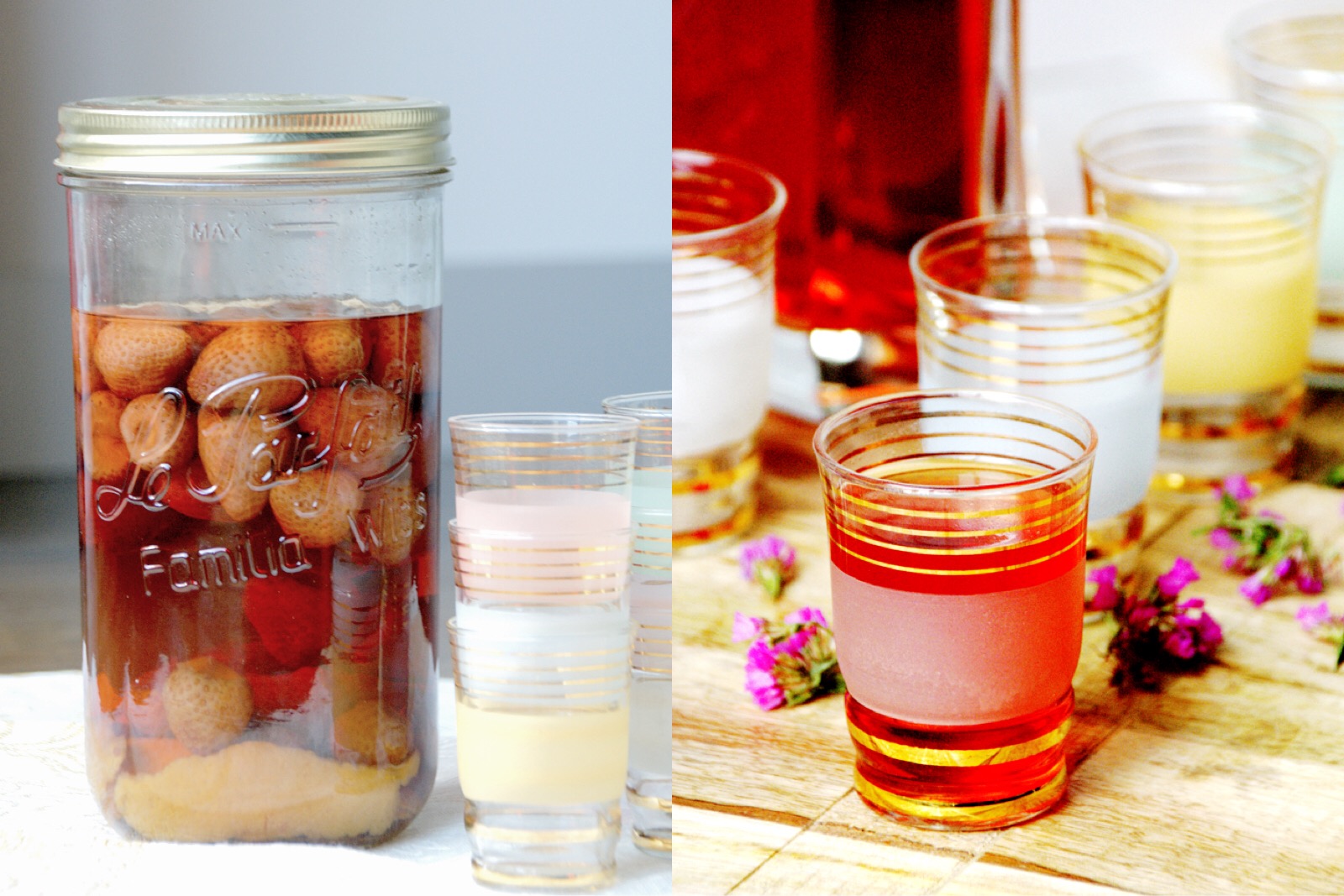