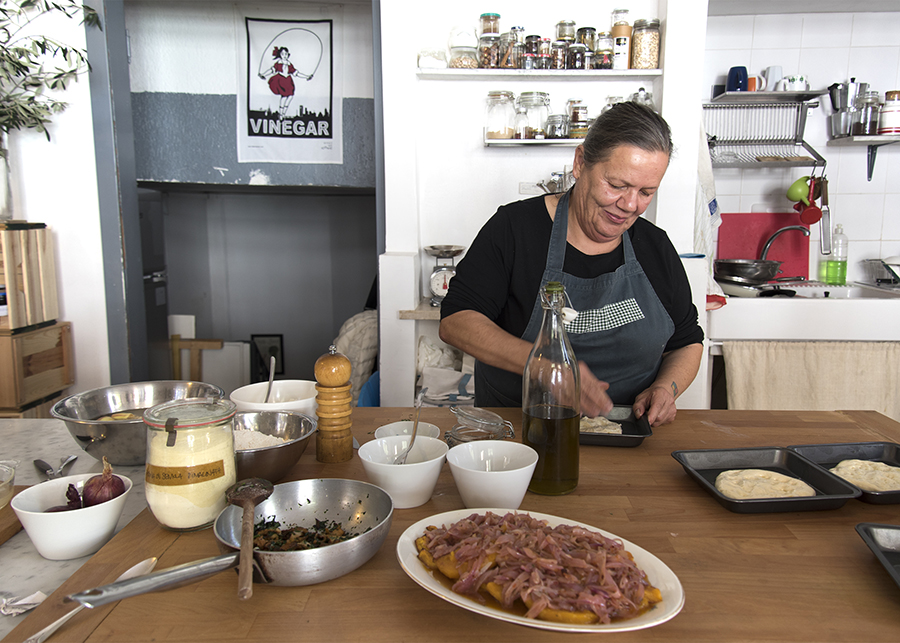 I met Alice Adams almost two years ago. I had just arrived in Rome and was staying in an AirBnB apartment in Trastevere. I posted a photo of the garden looking out from my accomodation on Instagram and Alice, who works in Trastevere, had seen it and recognised the area. We met for coffee. I discovered she was from Melbourne and had lived in Northcote close to where I live. Years back it was a bit weird meeting someone you had never seen and only connected with on social media, but these days, it is actually one of the best ways to meet like-minded people. I mean you usually have similar interests – or else you wouldn’t be following each other – and you already know a bit about that person (like where they last holidayed, who their friends are and where they buy their coffee). 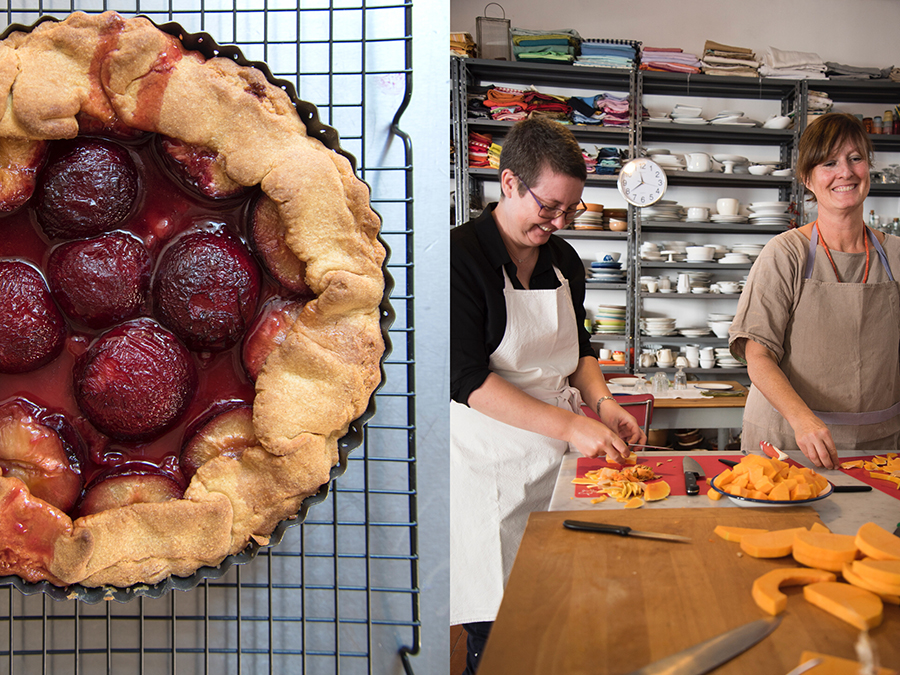 I found out that Alice has a little studio in Trastevere called Latteria Studio, is a lover of ceramics, obsessed with crostate and a food stylist. Even though she has lived in Rome for about ten years, I still think of her as an inner north Melbourne girl at heart with a pretty cool blog. It was on that same trip that I met Rachel Roddy at her local Testaccio Market, caught up with Maria Pasquale (who has just written a fab book called I Heart Rome) and met another Melbourne foodie living in Italy Toni Bracantisano. I usually use my trips to Italy as an opportunity to speak Italian, but with all these lovely English and Australian ladies living here, I didn’t need to. It all felt very familiar but new. The world is such a small place when you have an Italian food connection. 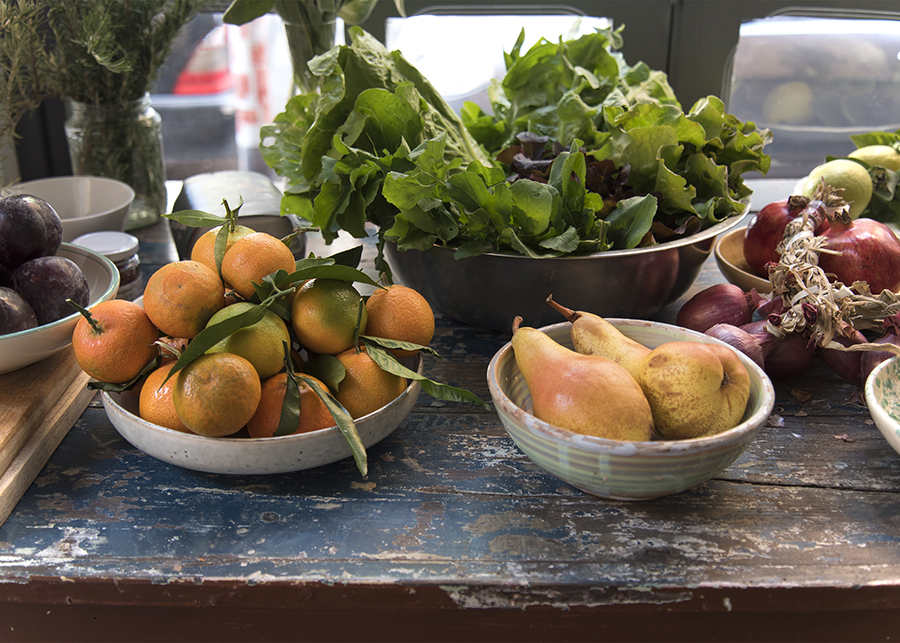 But back to Latteria Studio; it has a light-filled airy kitchen space, tucked away in a side street, opposite an arched retaining wall that looks a bit like an old Roman aqueduct. The first time I went there was to an apertivo event that Alice held for some friends; the second time was to a cheese lunch where we drank a lot of great Italian wine in addition to the cheese; the next time was for a photoshoot for my book Adriatico; and last Friday, I went to a Market to Table class.  The concept of Market to Table is simple – visit the local market (which happens to be the one in Testaccio, an old working class port-town in the south of Rome), buy seasonal produce, then take it back to the studio kitchen and turn it into a wonderful leisurely lunch. In addition to Alice, the day is run by Rachel Roddy, and chef Carla Tomasi. It used to be the three of them running the show together, but these days it is two, taking turns. 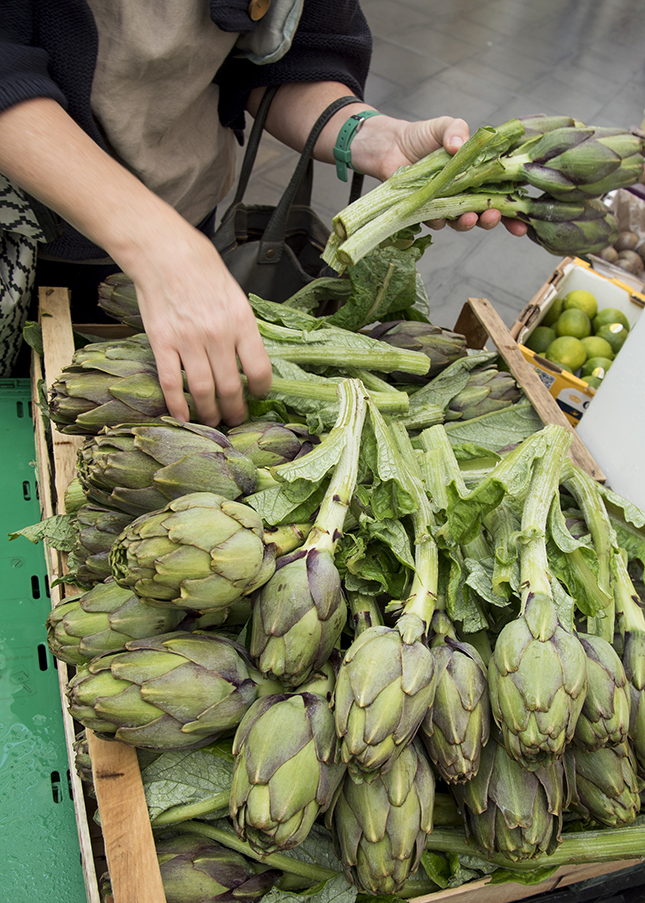 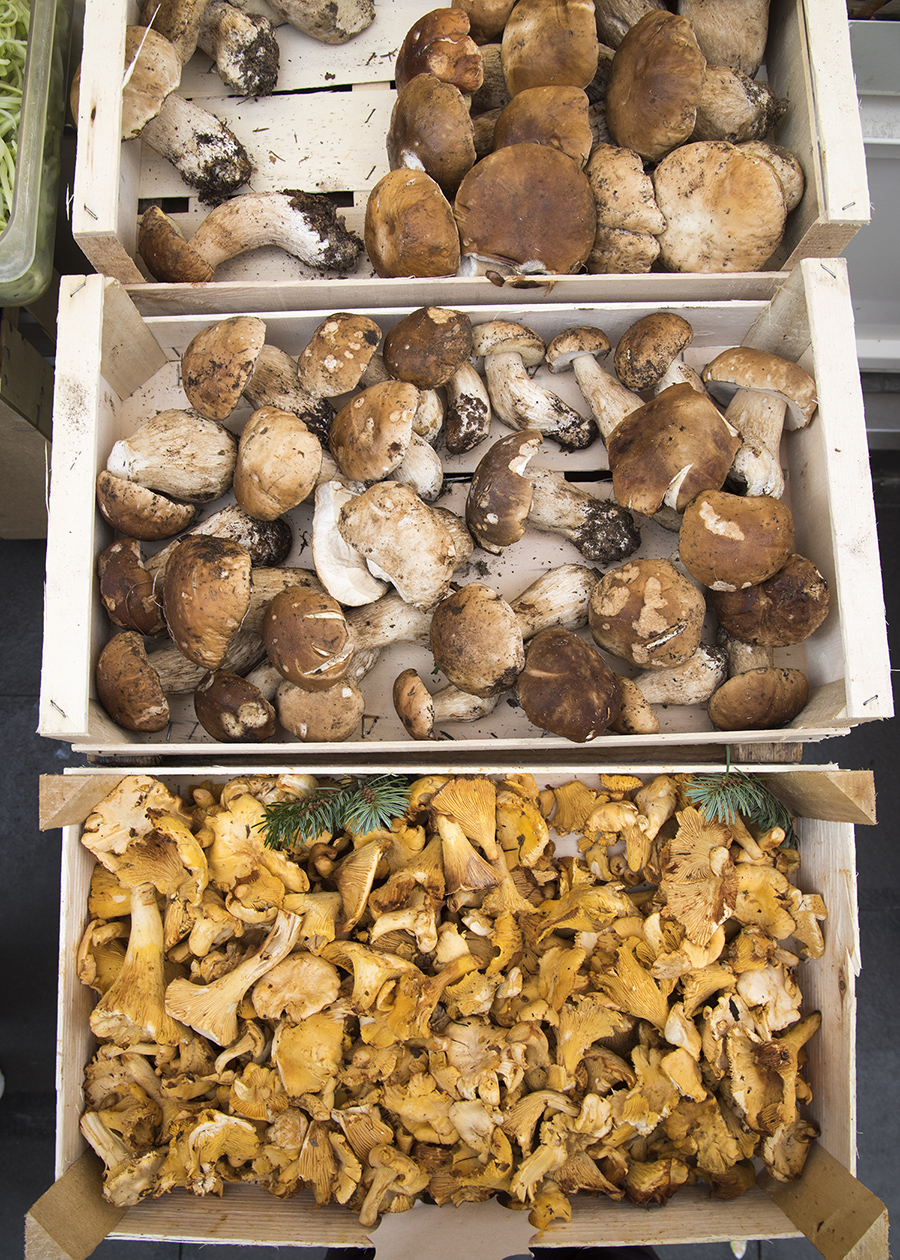 I was most excited to be meeting Carla, who I have followed on Instagram for some time: I knew that she has at least ten cats, has an abundant vegetable garden in Ostia Antica and is forever preserving and cooking food. What I had only recently found out when I met Vicky Bennison (aka Pasta Grannies) in Le Marche is that Carla used to run a very well regarded restaurant in London, back in the days when there were few female chefs in the restaurant business. And she has a wealth of food knowledge. 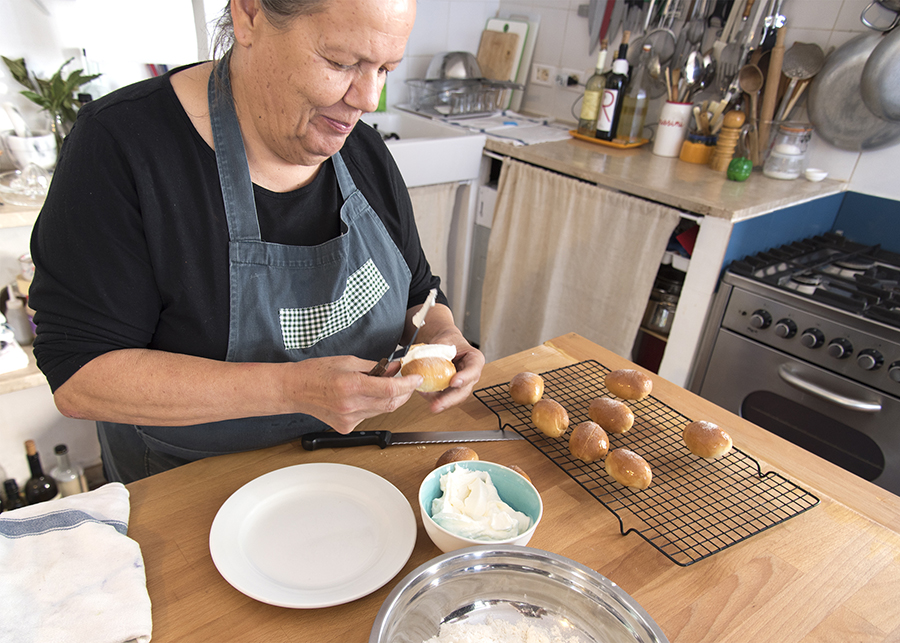 I met Alice (together with other participants Cheryl, Daniela and Phillip) at Testaccio market. Autumn has the most beautiful golden fruit and vegetables (think pears, mushrooms, pumpkin), but because of the long hot Italian summer, there was also plenty of late summer, plus some early winter delights: small artichokes from Puglia, butternut pumpkin, cicoria di catalogna (to make puntarelle), onions from Tropea, chanterelle mushrooms, fresh ricotta, and plums. Alice told us what today’s Market to Table menu would be: focaccia, pumpkin ravioli, a range of braised and fresh vegetable dishes and a plum tart. 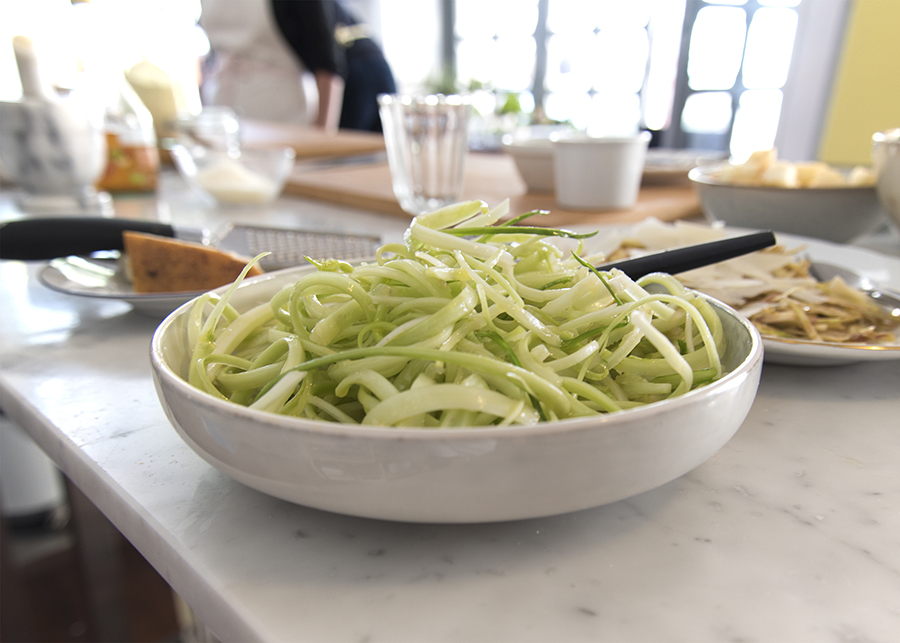 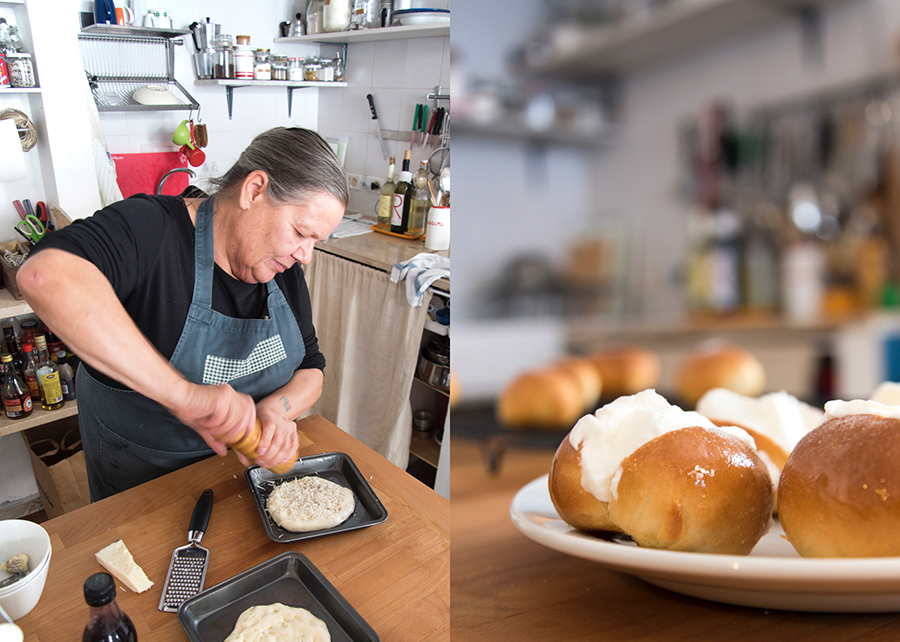 Carla greeted us with Maritozzi, a typical Roman sweet glazed bun, filled with whipped cream and stovetop coffee. Over the next few hours we watched and helped make airy focaccine (with four different toppings, especially memorable was the cacio e pepe – cheese and pepper – just like the Roman pasta dish, and gorgonzola, thinly sliced Tropea onion and fresh thyme); four different vegetable dishes – lemon-laced artichoke and pecorino salad, puntarelle with a garlicky anchovy dressing (is there anything better than garlic and anchovies together?), a moreish soft baked pumpkin topped with an onion braise, a bit like a scapece, with the sweetness of the onion married with white wine vinegar and a salad of green leaves from Carla’s garden in Ostia, with pears and walnuts. 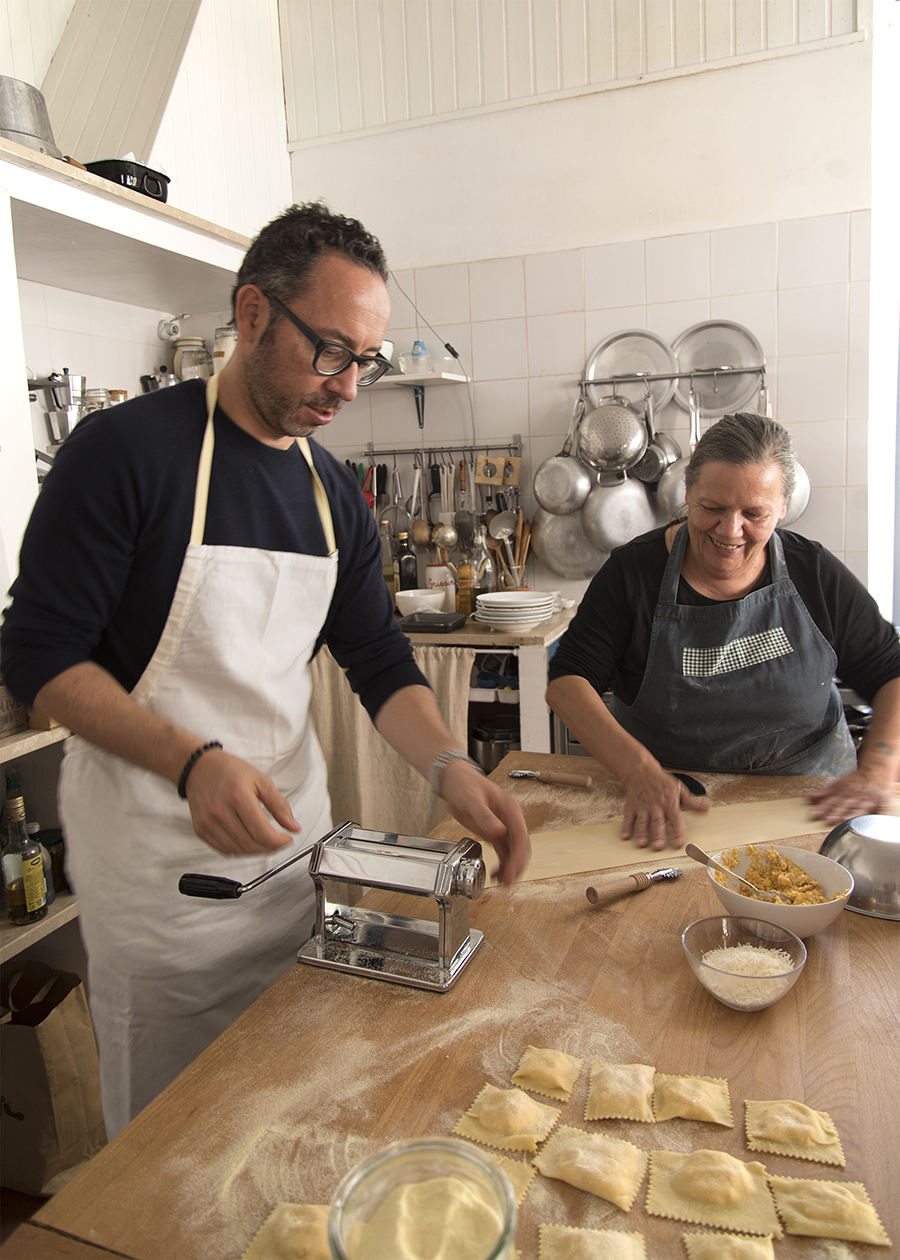 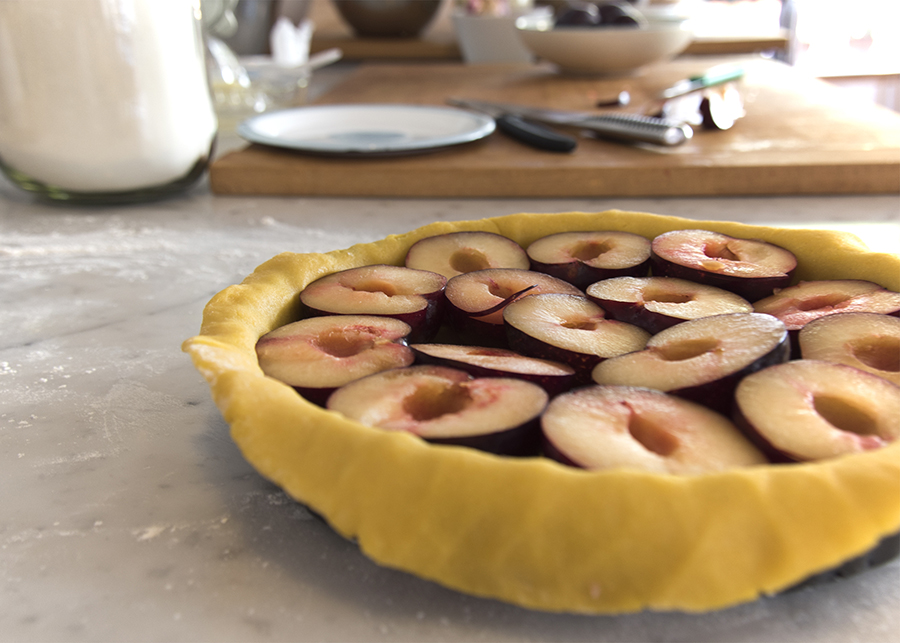 There was also silky egg pasta, Carla’s speciality, rolled thinly to the number 7 setting and generously filled with a mix of pumpkin, ricotta, crushed amaretti, parmesan cheese and loads of fragrant freshly grated nutmeg. And to drink: an organic Prosecco col fondo, a white Grechetto and jugs of water from the nasone, the water fountain that conveniently flows outside Latteria Studio. And finally the plum tart for dessert, with ruby half plums spilling their juices onto golden buttery pastry. Although it is not very Italian, we used the leftover cream from the maritozzi as an unguent for the tart and sampled some of Carla’s home made cherry grappa (she also produced a bottle of home made limoncello, straight from the freezer). 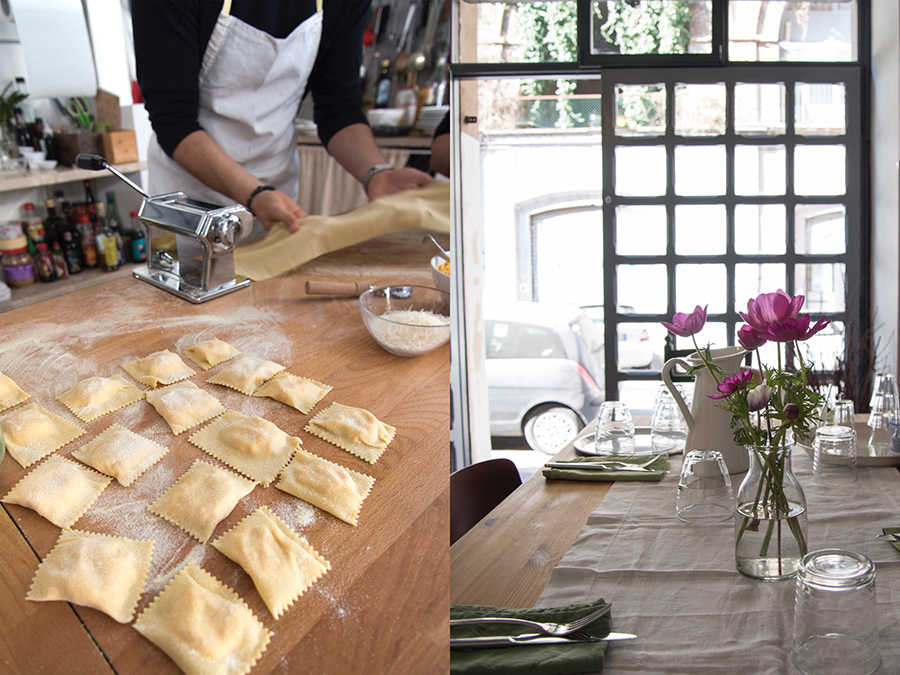 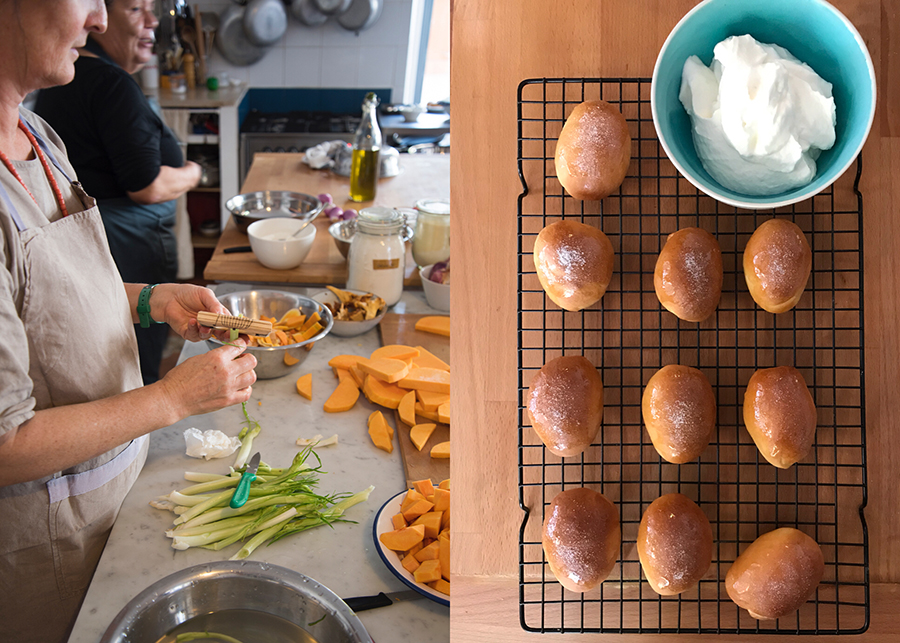 I think you will agree that it was an exceptional first day in Rome! Thanks so much to Alice and Carla for inviting me. If you would like to attend Market to Table next time you visit Rome, go to the Latteria Studio events page. Other events are held at the studio, and you can also use the studio for food photography. Alice has an enviable rainbow-coloured collection of plates, cloths, cutlery and pots, most sourced from flea markets that makes any food photographer or stylist weak at the knees (literally). 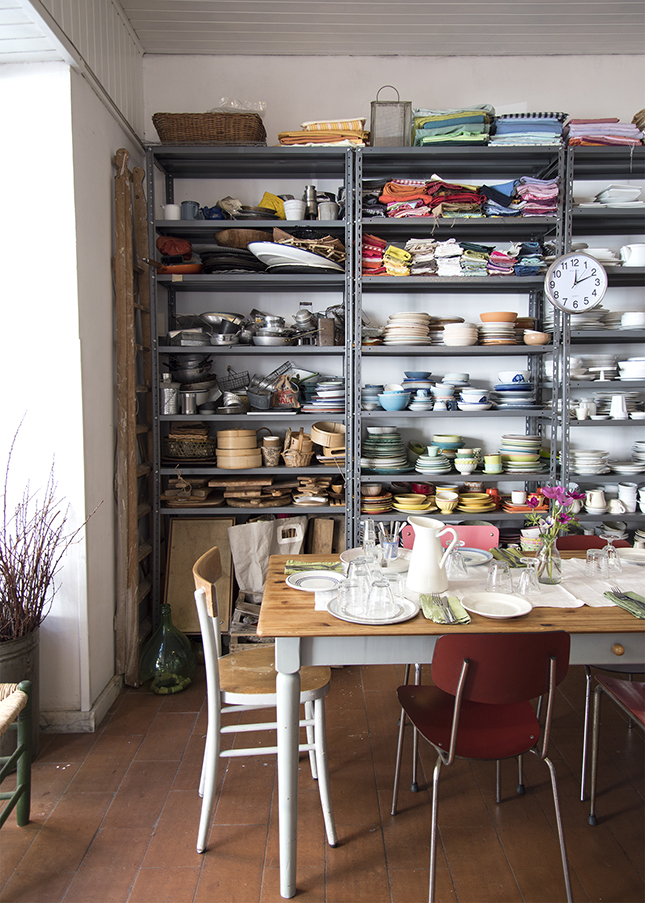