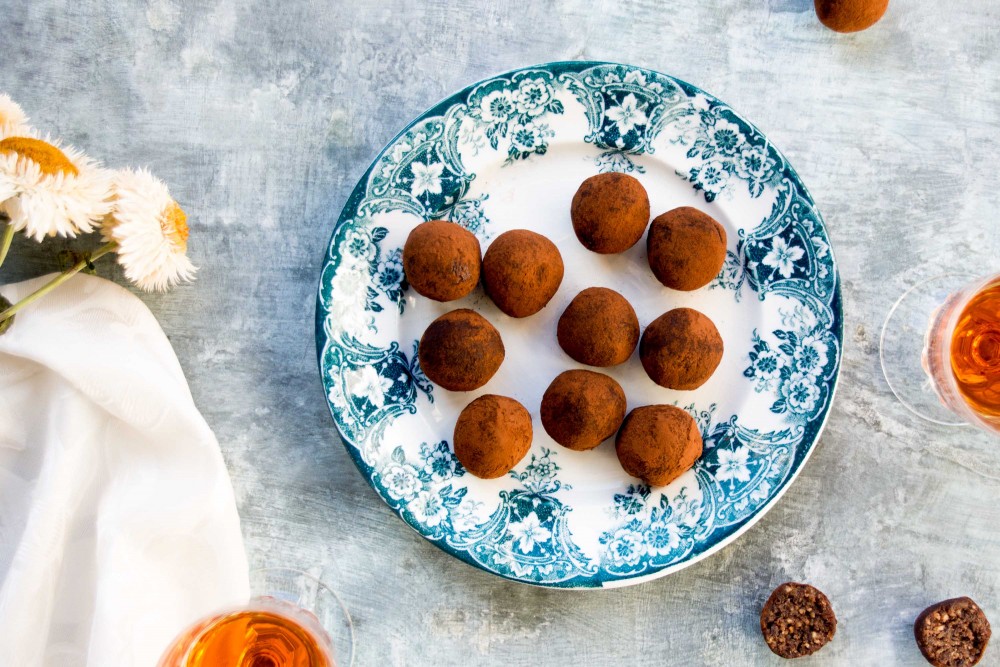 I had a very special relationship with my aunt Clara. I think everyone who met her did. She was vivacious, funny but also firm. When she got angry, sparks would fly but when she was happy, she was so loving and generous. She took you under her wing and made you feel special, like you were the only person that mattered. I thought the world of her and remember a time that she came to Australia for my sister’s wedding, when I was 13. I cried for days when she left, hugging the blue shawl she had made that she had left behind, as the scent of her gradually faded. She worked very hard all her life, in spite of health problems and cared for her mother until she was over 90. I lived with her, my uncle Mario and my nonna when I was 15 and went to school in Italy for a year. 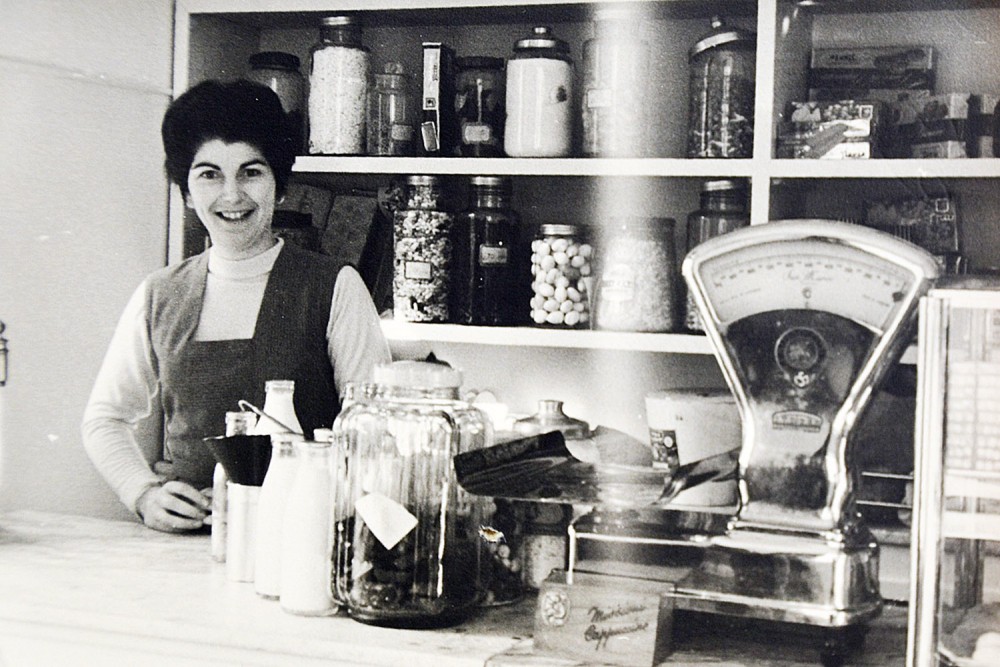 Clara wasn’t a good cook; she was far too busy with her shop. She had excellent business acumen and ran several shops during her life (including the one above). Her fabric shop is the only one that I remember, it was called Scampoli (which means “offcuts (of fabric)”). This was at a time when everyone who could afford it went to a dressmaker to have their shirts, skirts and jackets custom made. She would travel to Milano or Bologna to purchase the best fabrics several times a month. The rest of the time she was working in the shop, managing staff and assisting her customers to buy the latest fabric: a finely patterned silk for a shirt or the latest woollen plaid for a pair of winter trousers.

In spite of her lack of interest in cooking, she had perfected a couple of recipes, that she made occasionally, and these are the ones I remember with great fondness from the year I spent living with her:

A few weeks ago mamma told me she had a surprise for me. When I went over she proudly handed over a recipe written on a pink piece of paper: “look what I found at the back of an old note pad”. It was in zia Clara’s hand-writing, and must have been written by her when she was last here in the 1980s and it was her recipe for golosoni. There is something so poignant about finding a hand-written note from someone who is no longer with us, as she passed away in July 2012. I like to image her sitting in our kitchen in Melbourne, after maybe having made golosoni for us, writing the recipe and chatting to my mother (she loved to chat). 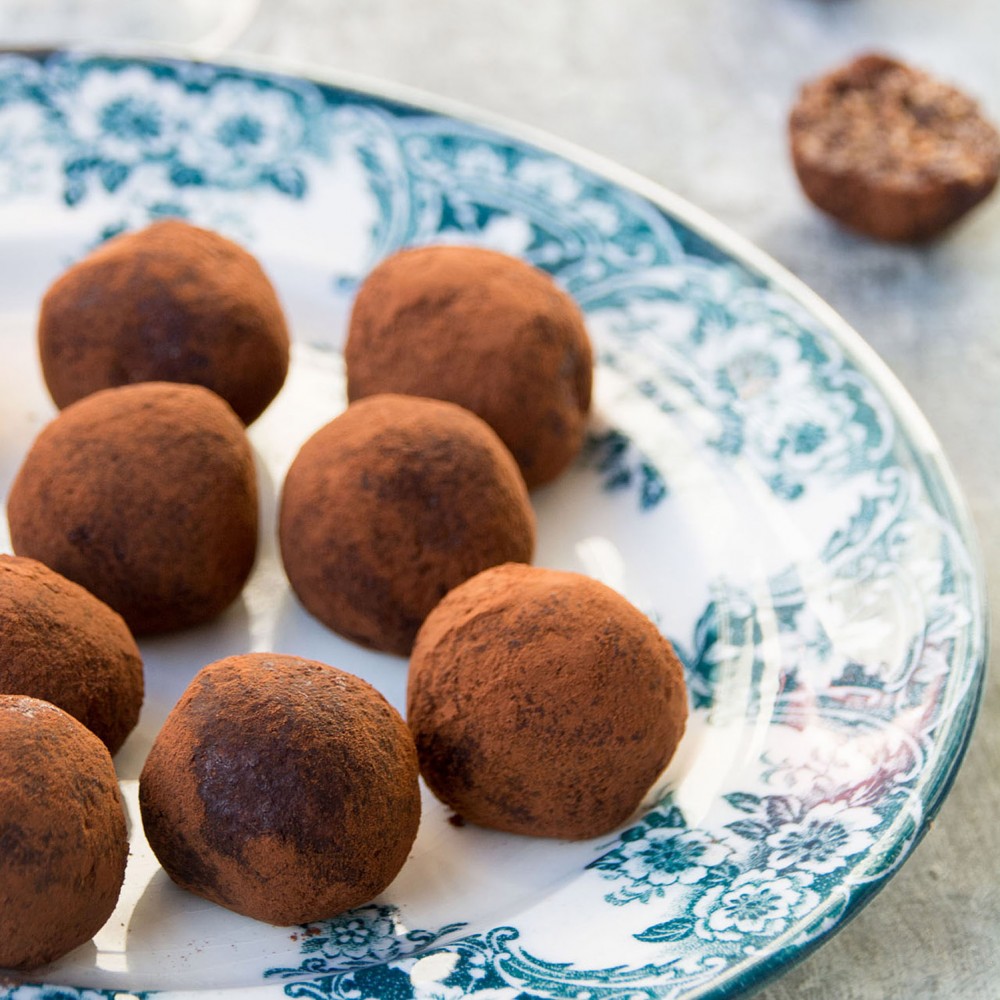 So I went home and made them, which was slightly tricky as her measurement of “un cucchiaio” (meaning tablespoon), was not a 15ml Australian tablespoon – it must have been a spoon in her kitchen drawer of a capacity of about 10ml. Then there was the challenge of “una noce di burro” (a nut of butter), which I took to mean a small walnut, but I really could not be sure. The first lot were really soft, so I remade them with measurement changes, omitted the rum (which was in her original recipe) and decreased the sugar. I loved the way they worked out – chocolatey, rich but with a strong coffee hit. If you decide to make golosoni, remember that using good quality dark chocolate will result in fantastic quality golosoni. When I was in Italy last year, my uncle gave me the recipe for Torta Cornelia which zia Clara made for the northern Christmas. It sounds like a festive and rich wintery cake, it will definitely be on my to-bake list when the weather gets cooler. 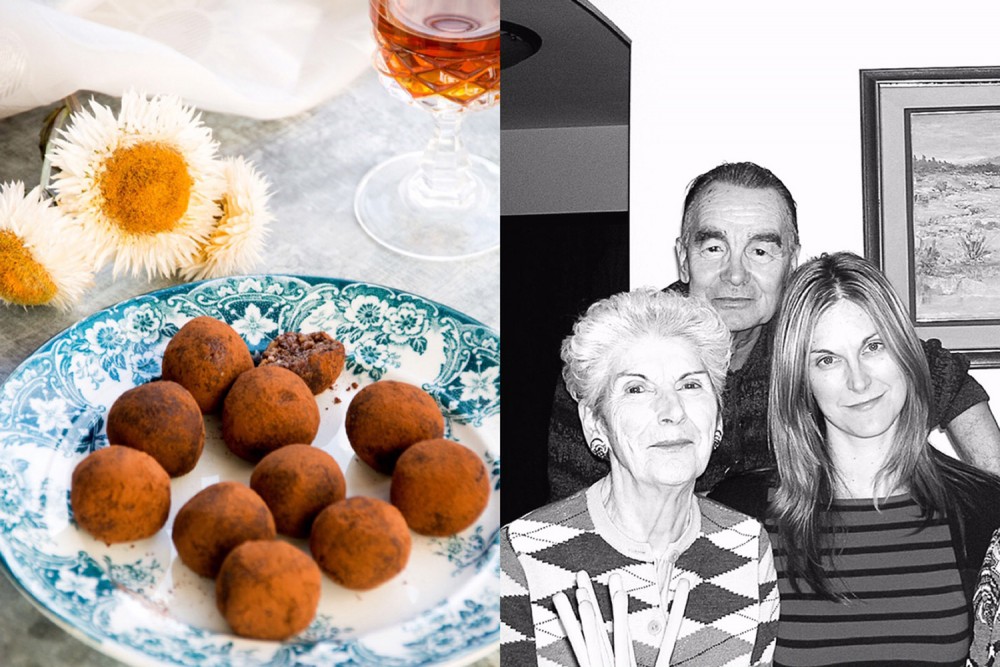 Process the nuts in a mini processor until they are very fine. Set aside. Process the chocolate in a mini-processor as well until it is fine (or you could grate it with a box grater). Set aside.

Dissolve the sugar in the coffee by stirring it vigorously (you can do this when the coffee is warm so the sugar dissolves more easily then allow it to cool before using). Place the coffee mixture in a medium sized bowl and stir in the melted butter, and finally add the nuts, chocolate and pinch of salt, folding the mixture until it is well incorporated. Cover with cling film and place in the fridge for at least two hours (or the freezer for 30 minutes) until the mixture is quite firm. 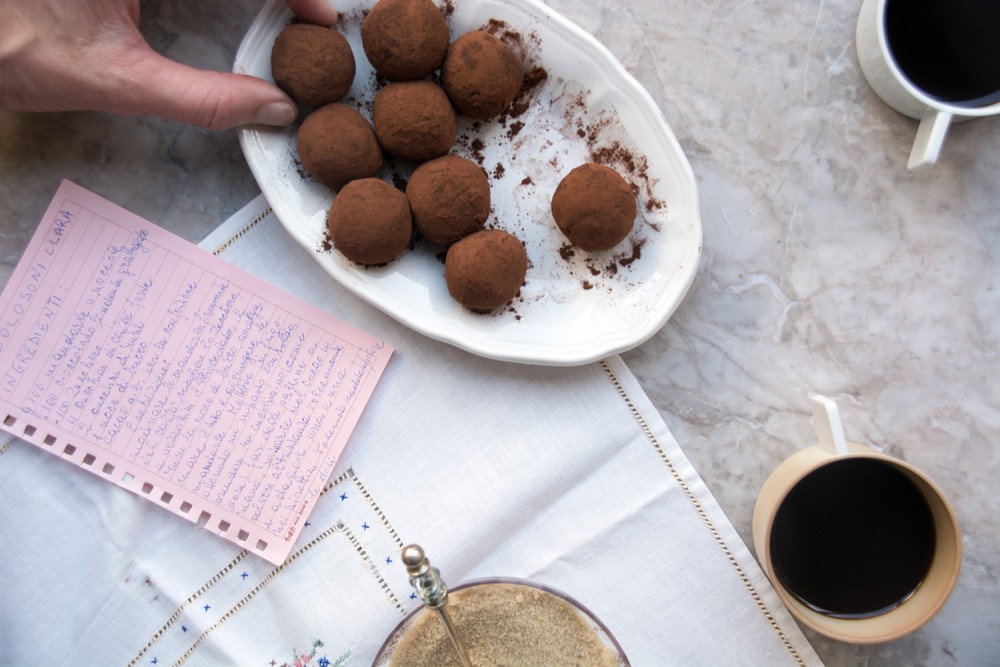