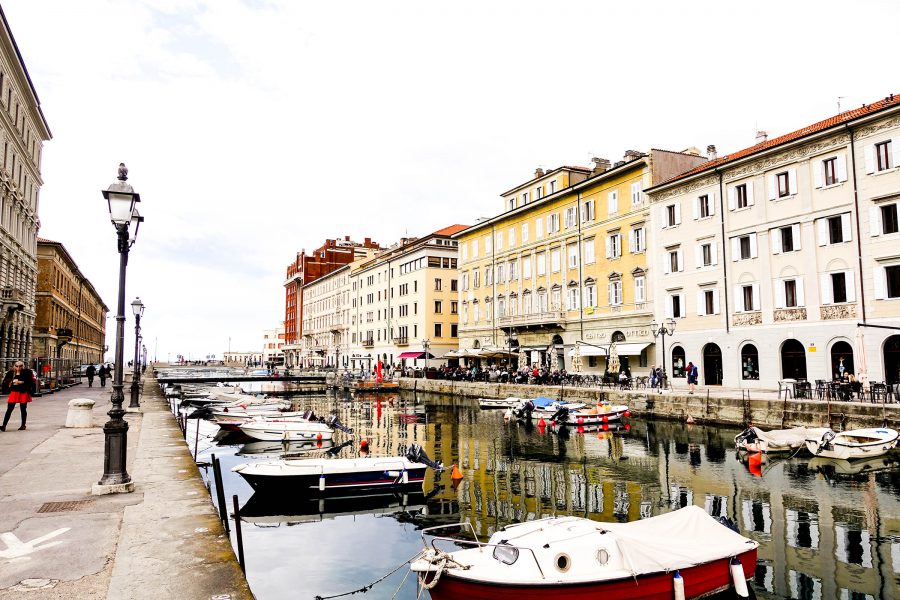 I love Trieste, that town right at the top of the boot, on a narrow strip of land wedged between the Gulf of Trieste and hills of the Carso. It is an elegant, grand city, with orderly and regal buildings, and tall, fair and often bilingual people. In the late afternoon, the dozens of seats in cafes that line the Piazza dell’Unita’ are filled with triestini, ordering spritz, beer or coffee and there they sit, looking outwards, towards the long waterfront of the Adriatic Sea. The triestini have always been outward-looking, largely from necessity, as Trieste is right at the intersection of Slavic, Germanic and Italian cultures. Over the years it has been attacked, invaded, conquered and bombed, but managed to not only maintain its composure, but thrive on it. This makes it a rather remarkable town. 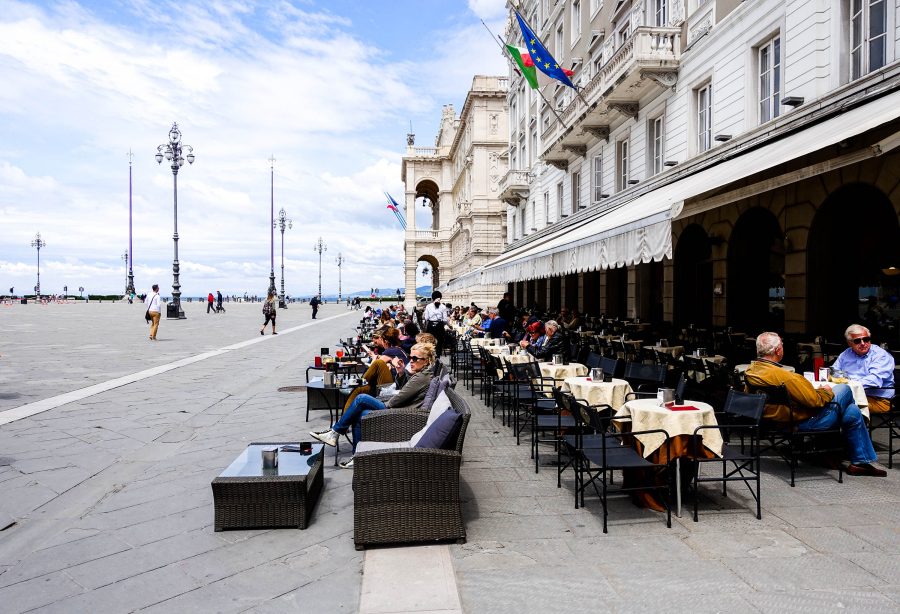 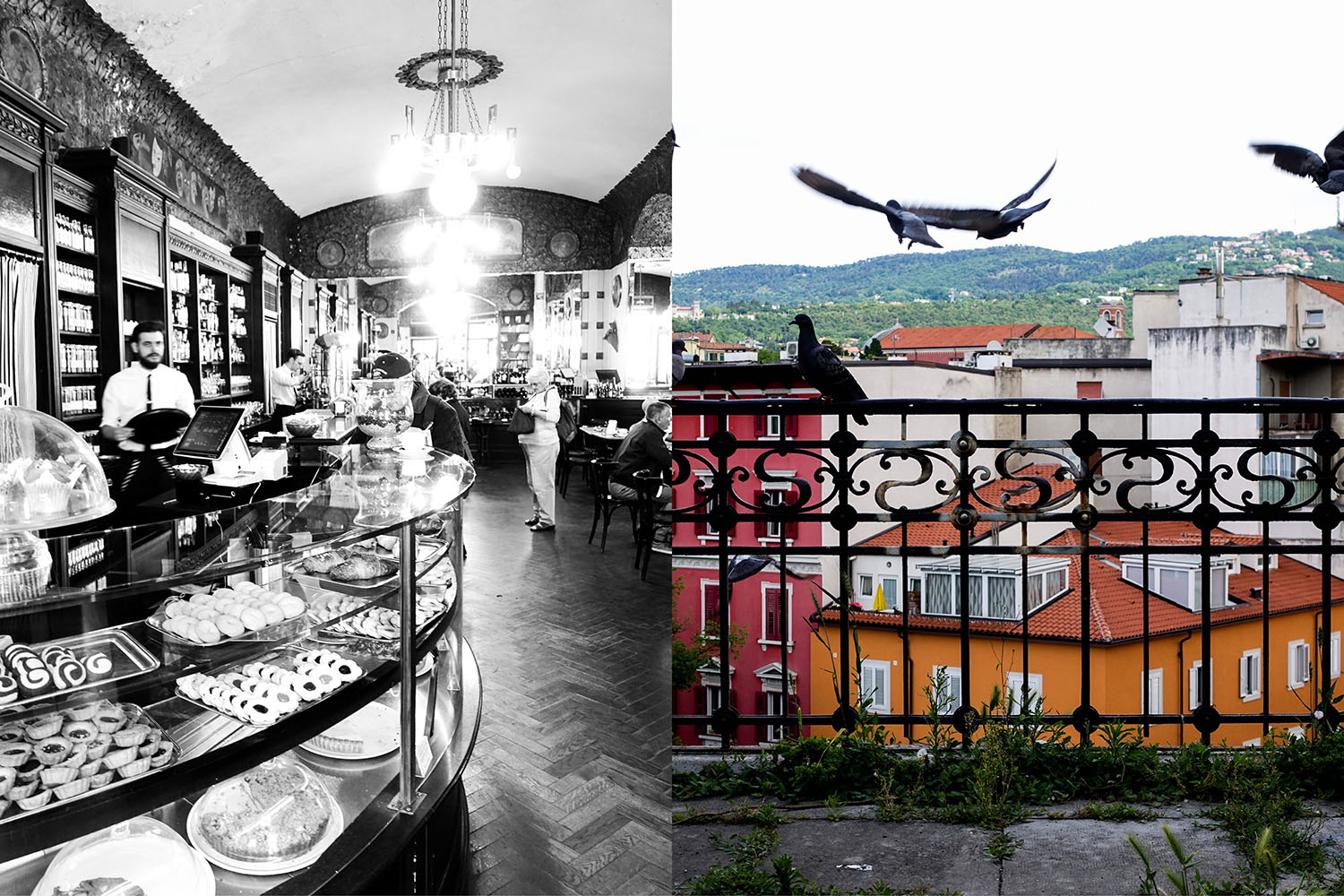 When I was there in May last year, I stayed in an Air BnB attic apartment right next to Canale Grande in the centre of the central town grid; its elegant foyer was complete with an old-fashioned lift in a cage (rather like the one in the 1963 Hitchcock film Charade). It was the first time I had stayed in Trieste overnight – dozens of visits to Castello Miramare and for shopping expeditions when I was younger and staying down the road with family in Monfalcone didn’t count. But being Trieste felt a bit like I was at home, with a strong connection to the people, their dialect and their customs; a cross-road between my father’s homeland of Istria and my mother’s Veneto. Every morning I would head downstairs to one of the many cafes for an Illy coffee (the local brew) and a krapfen con marmellata. Krapfen is, as you may have guessed, a German word, and is what we call a donut round here (which most other parts of Italy call a bombolone); a salute to the days when the Austrians were in charge. 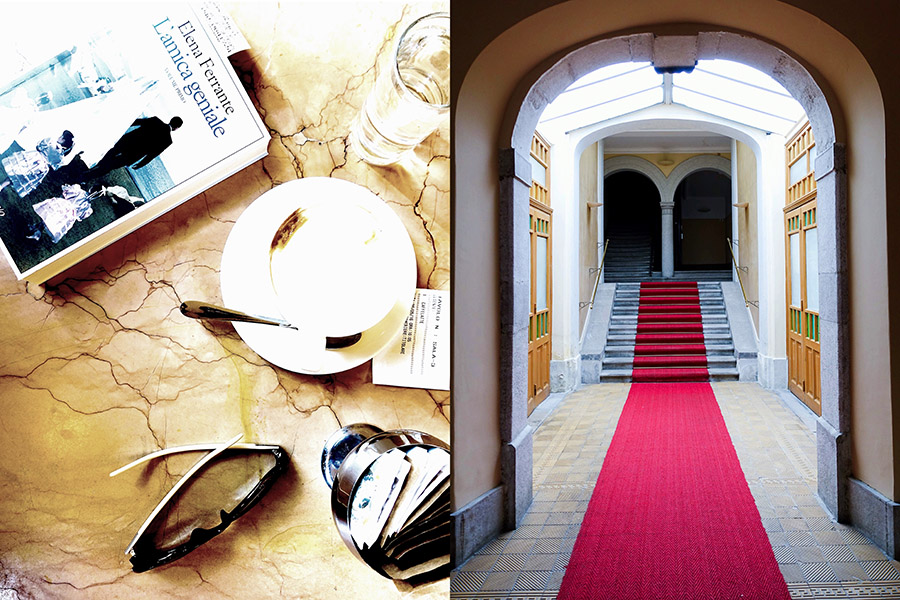 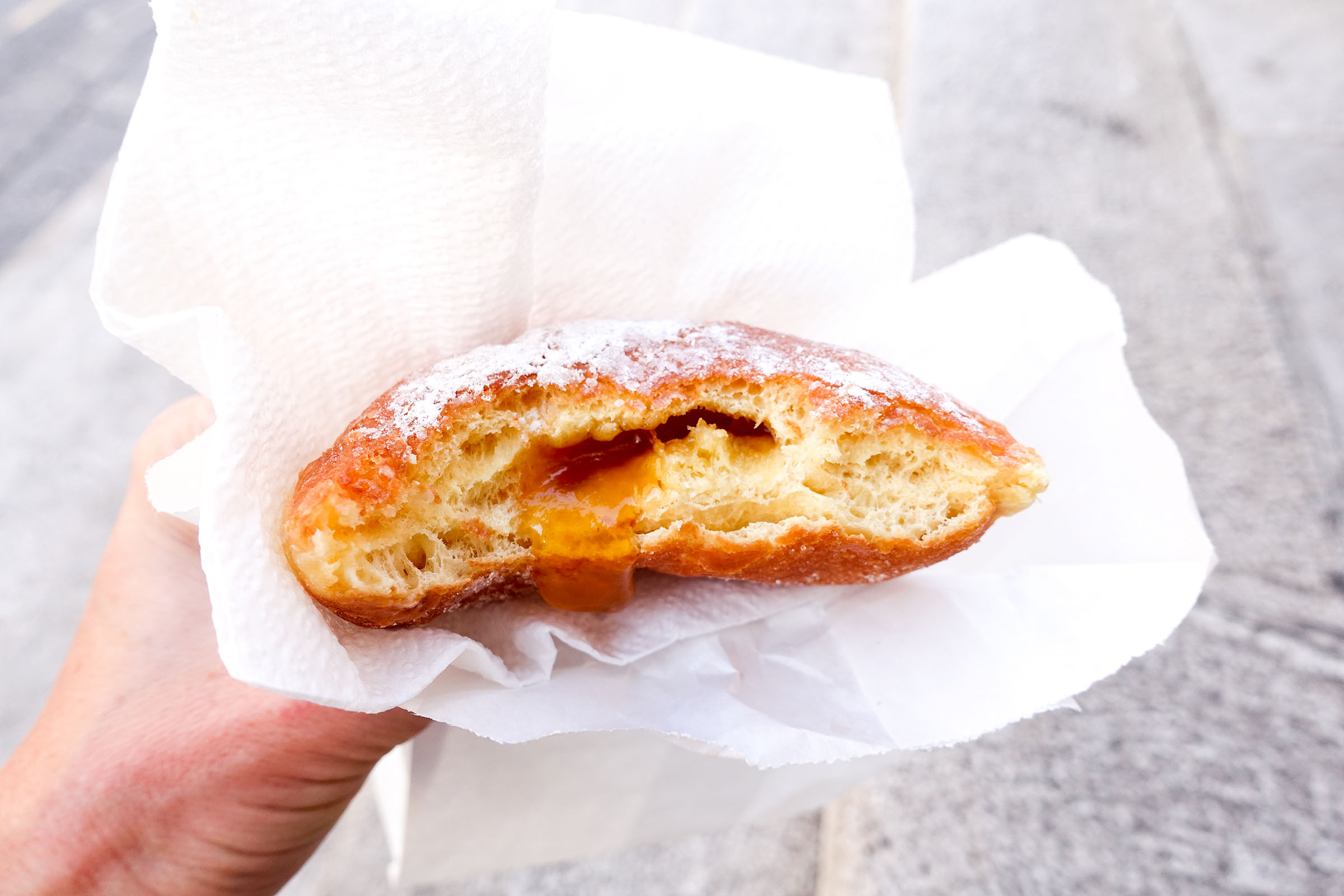 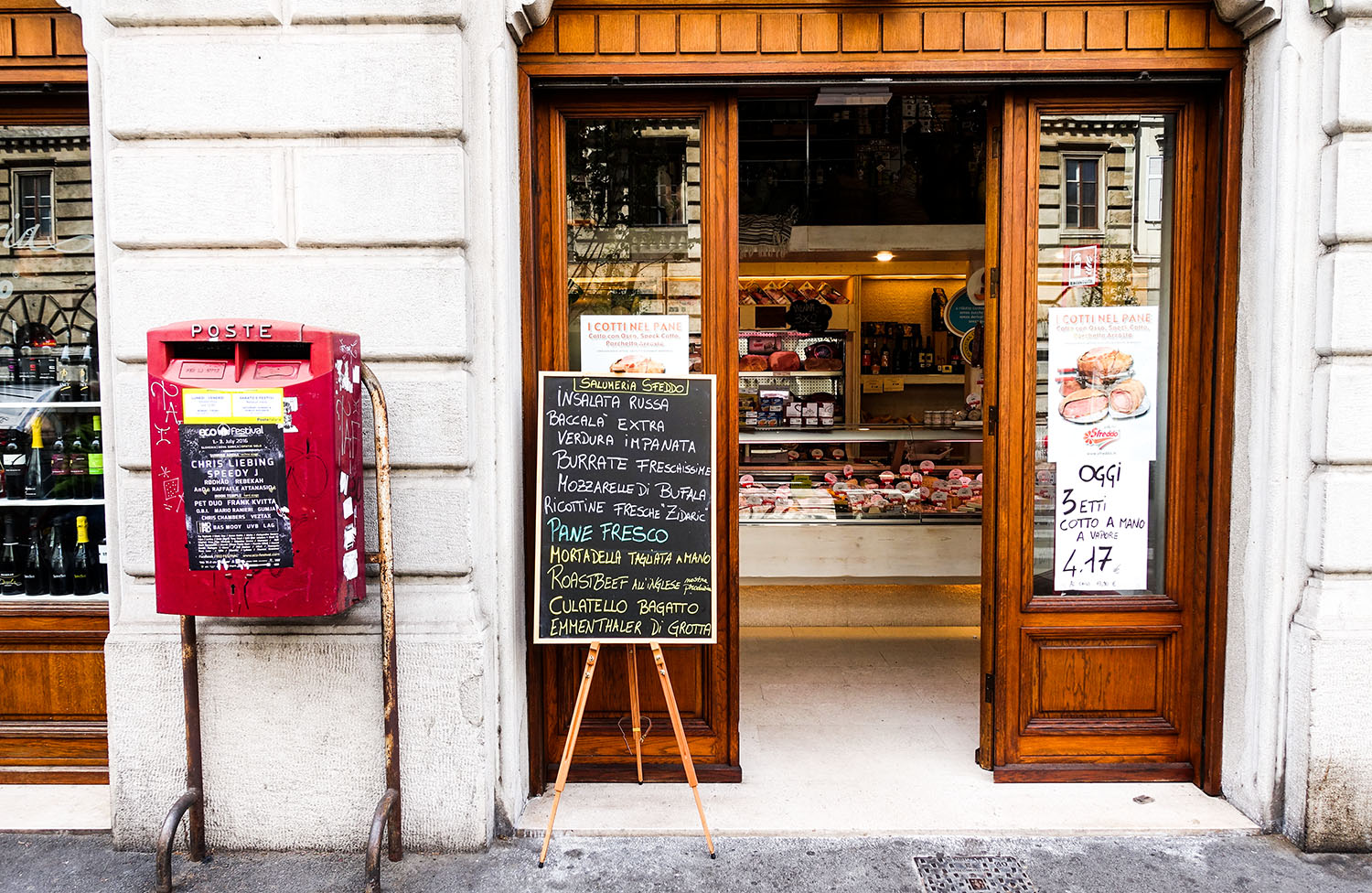 My morning became a ritual: mid morning I would wander along via Battisti to the historic Caffe’ San Marco, a Viennese-style cafe’ where writers like James Joyce and Italo Svevo used to meet in the glory days of the Austro-Hungarians. I would sit at one of the marble-painted tables, have my second coffee and read. It felt very luxurious and I felt totally spoilt. After my caffe’ stop, I would walk to Via Carducci, and spend time at 1930s mercato coperto (covered market). I loved the fact that the market sells my favourite radicio (baby radicchio also called “cicoria zuccherina di Trieste“) which papa’ used to grow in his garden back at home. The first cut (“radiceto de primo taio“) was always the sweetest and most tender (as the leaves become increasingly bitter as it re-grows). 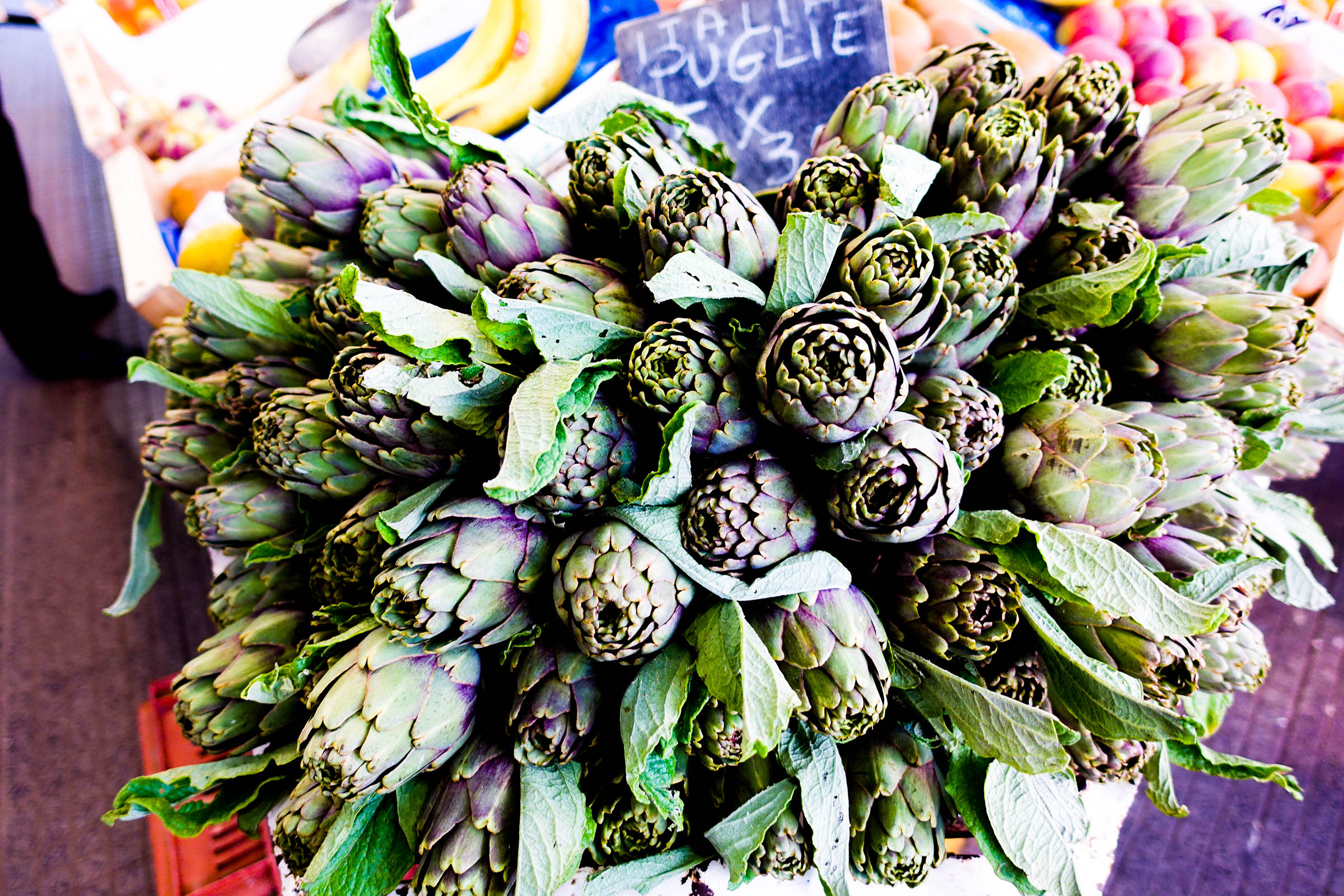 The city is dotted with fish markets, and in the mornings there are dozens of trays of gleaming silver beauties caught less than 12 hours beforehand: orate (type of bream), branzini (sea bass), sardines and all sorts of cephalopods (squid, cuttlefish and octopus). It explains my father’s predilection for seafood – it was the food of the Adriatic and of his childhood, freshly caught and simply eaten. It dominates most restaurant menus. I stopped for lunch for delicious spaghetti allo scoglio on one of the days there; and a plate of barely grilled tender local baby scallops on the shell on another – the seafood was spectacular. 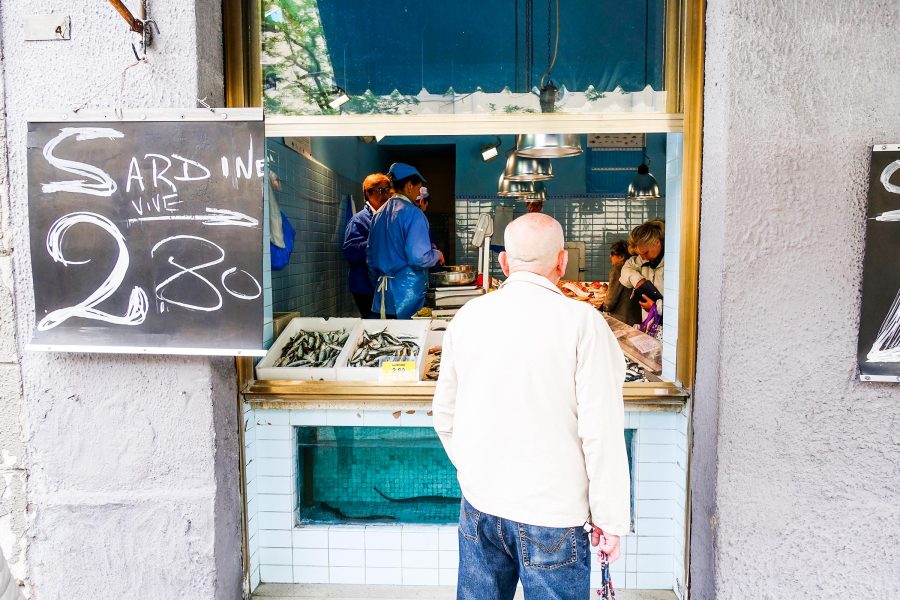 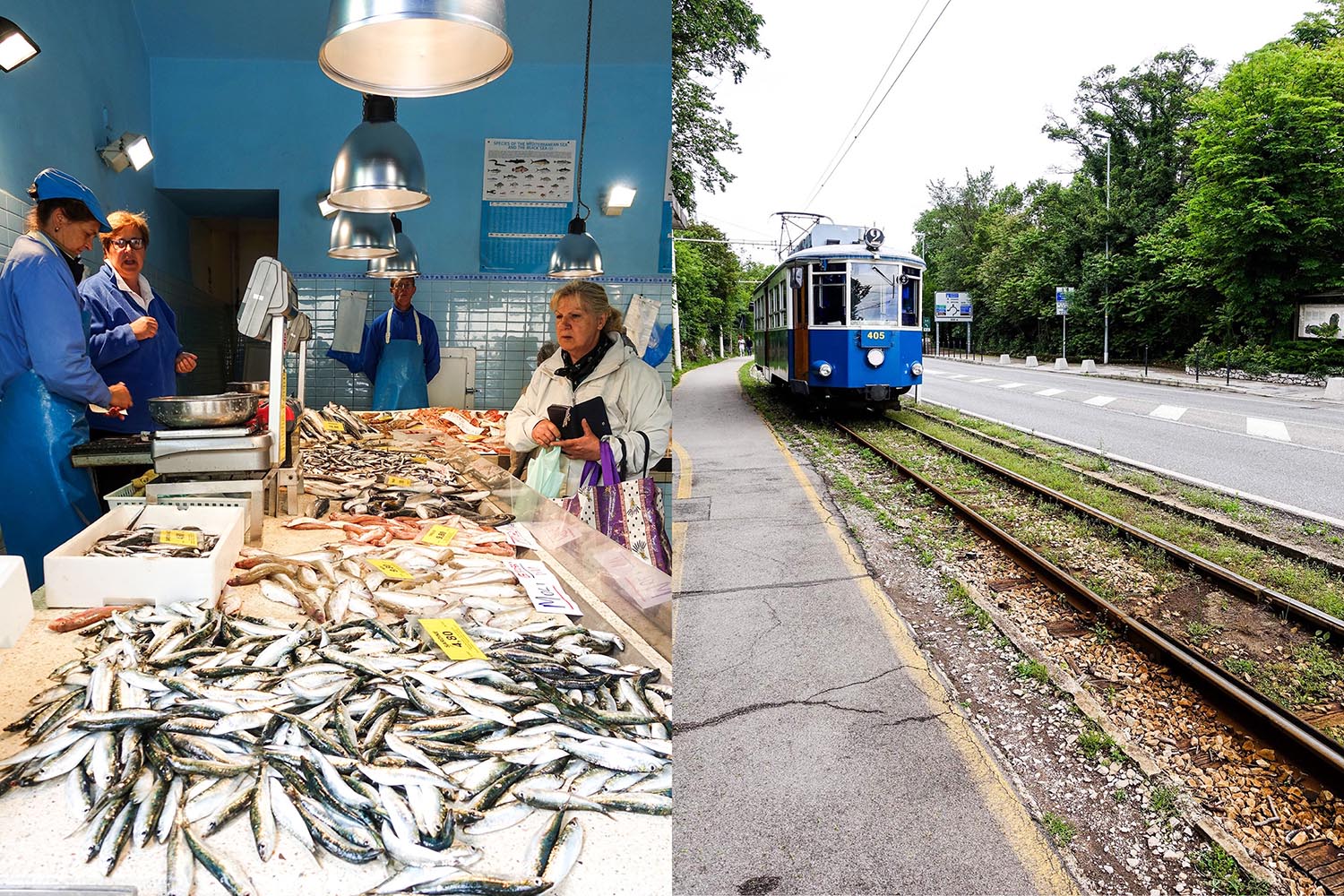 Those of you who have been to Trieste will know it is a windy city, sometimes fiercely windy when the cold “bora” blows from the north. Trieste is known for its bora; it is discussed, commented on and even sung about in old popular songs. One of these is called El tram de opicina (la nova bora), a song in dialect, about the northerly wind and the local tram/funicular that travels from the centre of Trieste up a steep hill to Opicina. These are the songs I remember being sung when the polesani and triestini got together for a meal at home, or to play cards – there was often singing. The other day I was telling mamma about youtube clips I had found of those old songs – and we started singing them out loud.  What lovely memories. 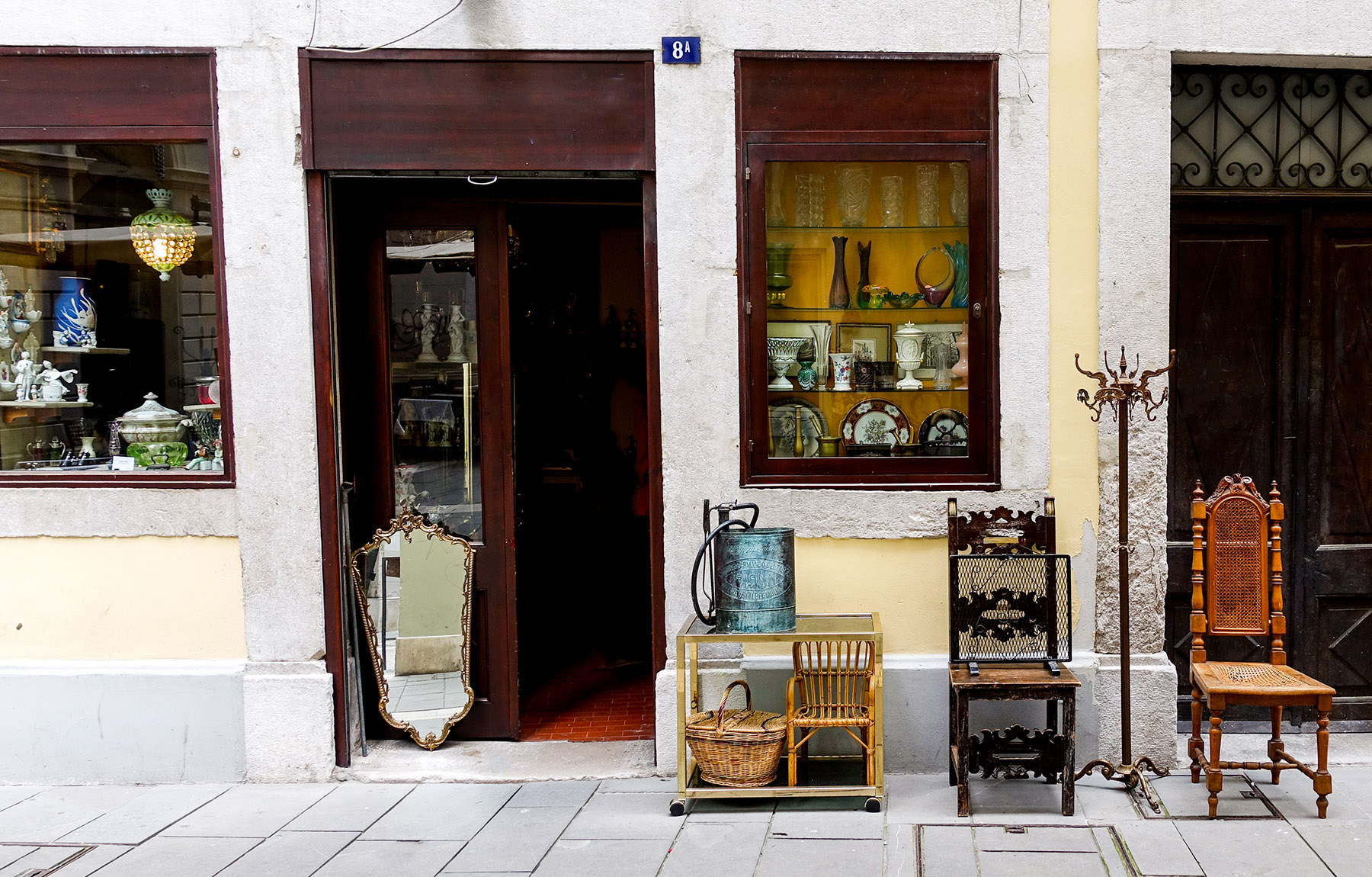 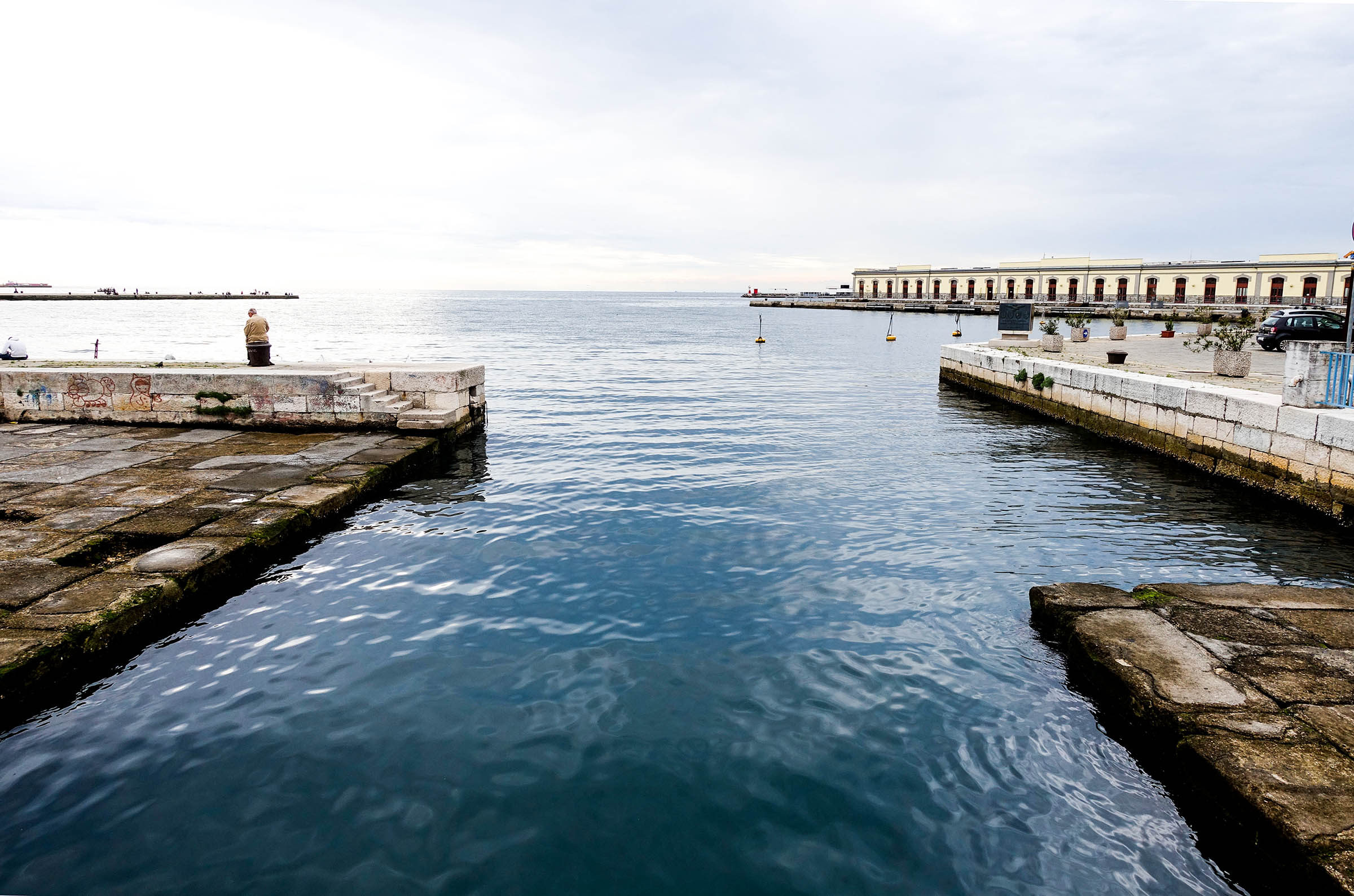 I have only touched on the things I love about Trieste; missing is Miramare Castle, Gelateria Zampelli, the old port of Trieste which is now a museum, the ferry ride to Muggia on the Istrian peninsula, the castle of San Giusto, the story of the development of Porto Piccolo, and the incredible wines of the Collio. More to come in future posts as next week I am returning to Italy and will be spending almost a month in Trieste, at the start of a 3 month trip to take photos for and research my next cookbook. So please follow my travels on Instagram where I will be posting regularly.

And for when the journey ends…. I still have places available in cooking classes in Melbourne in June, July and August 2017 and a few spots available for the 6-day workshop I am running at the Anna Tasca Lanza cooking school in Sicily from 1-6 November 2017. Until then … arrivederci Melbourne! 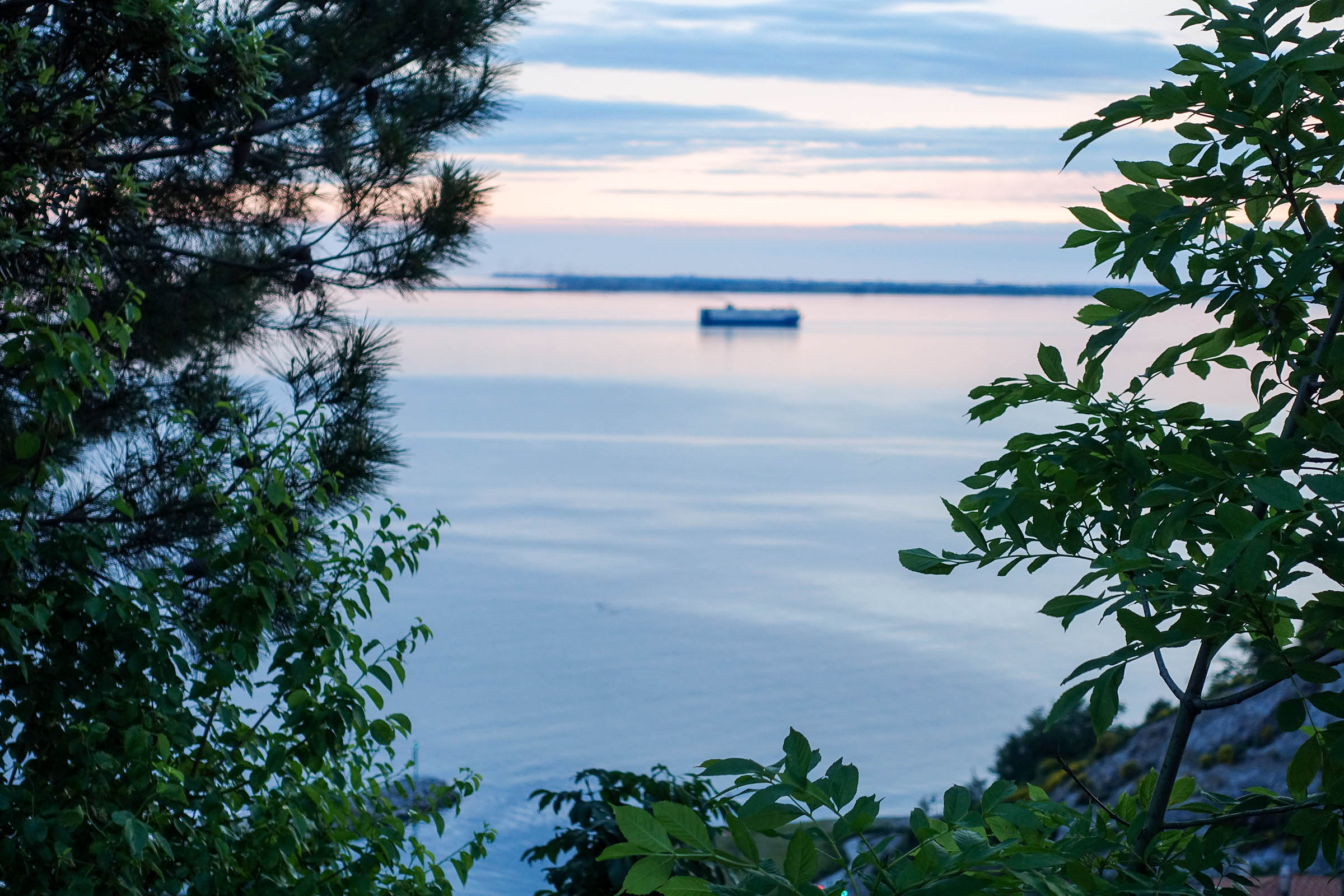