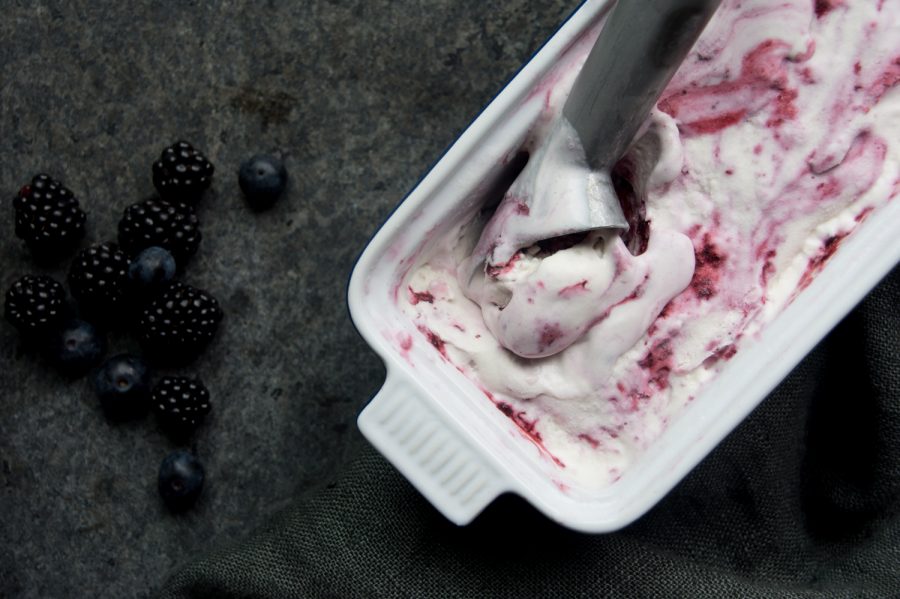 I don’t like to admit that I have a slight lactose intolerance. Slight means that I can have  gnocchi al formaggio with creamy gorgonzola only very occasionally, mainly opting for a diet containing moderate amounts of ricotta and Grana (which are both relatively low in lactose). When I realised that I sadly had a problem with lactose, my biggest concern was getting through summer as during the warmer months gelato is one of my major almost daily sources of nourishment (ahem I mean happiness). I have more fruit-based sorbets, but was pretty excited to find a dairy free but creamy gelato made with coconut milk. I love coconut dairy-based gelato so figured that making the whole lot just with coconut milk would be almost as good. So I went out and bought a few tins of coconut milk, planning on finding a recipe and trying it out soon. The excitement of experimenting with coconut died down at the end of summer though and the tins sat in the pantry for quite a while (years actually; the use-by date on the base of the tin was February 2014); until last week. 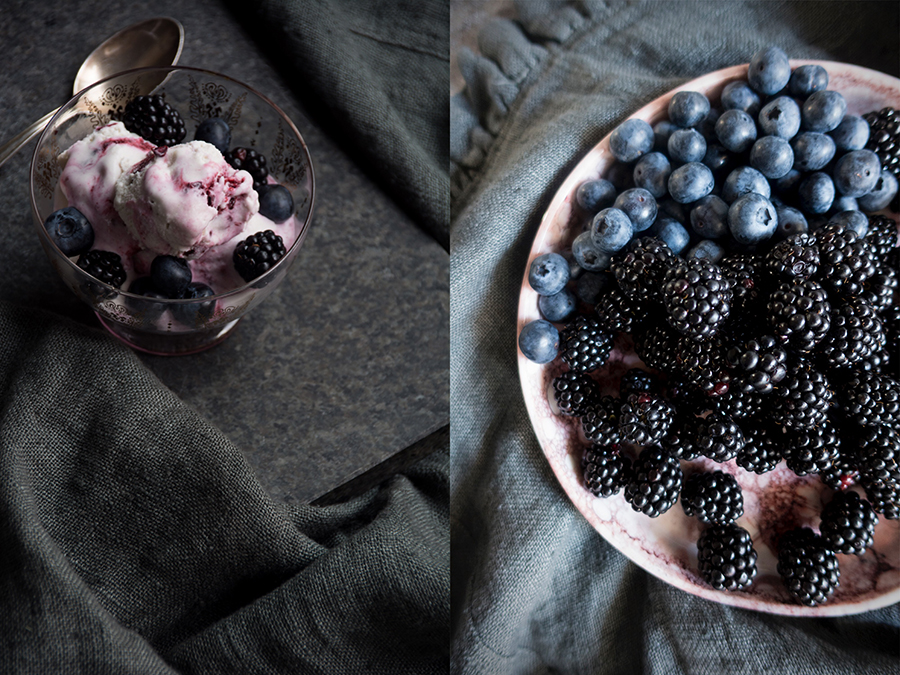 I was cleaning out the pantry and found the tins of coconut milk right at the back, and as the weather has been unbelievably hot in Melbourne, it was perfect gelato weather. The time had come to make gelato with coconut milk!  I had a couple of punnets of local summer blueberries and blackberries that I got from the Prahran market and thought they would go really well with coconut. I pretty much followed this recipe although the first time I made it was an absolute disaster. I used my old tins of coconut milk – yes the ones with a 2014 expiry date (I figured that coconut milk couldn’t really go off and it tasted ok…). I shook the tin really well before opening, just like the recipe said, but the solid and liquid elements of the coconut milk just wouldn’t combine. it was organic coconut milk and I figured that because it was organic, well maybe it was in some way special and wouldn’t combine very well. So I cooked it up anyway, following the recipe to a tee, then let it cool. But it remained separated so I blitzed it then churned it anyway, just to try. It was looking pretty weird and lumpy and became a kind of pale concrete icy mass (ewww). I threw it out without wasting the berries on it. So I made another batch, using newly purchased tins of coconut milk, which went along perfectly – nicely combined coconut milk and a milky coloured (rather delicious) liquid before churning. I stirred in the berries after the gelato had churned so I would get distinct swirls.  I loved the result: creamy, dairy-free deliciousness with the best local berries (no imported frozen berries in sight).  I have no idea why I waited so long to make this dairy-free gelato. It is an absolute winner! 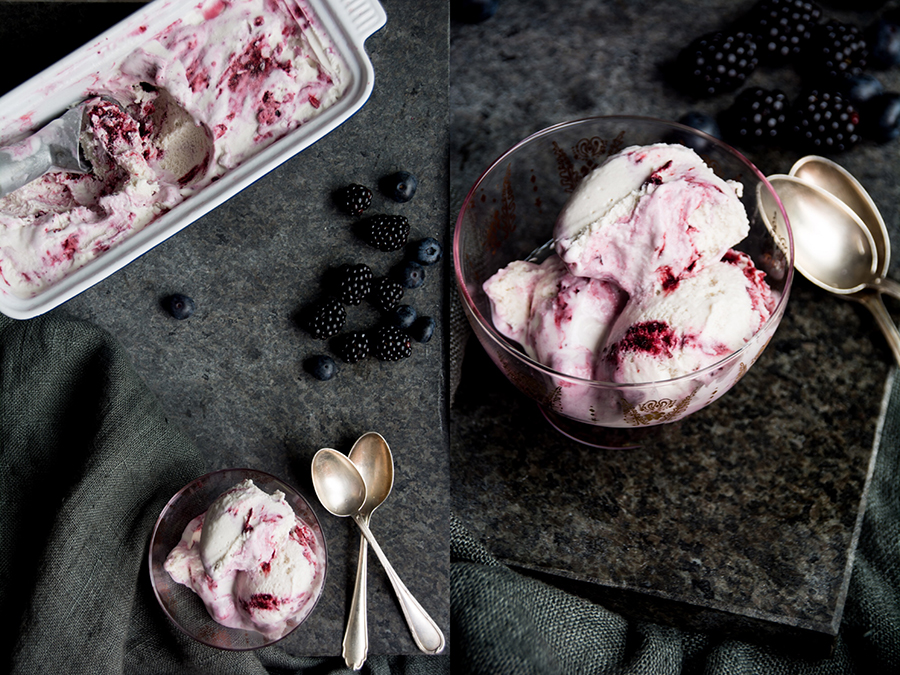 Note: you will need an ice-cream machine for this recipe

Shake the tins of coconut milk really well before opening. Reserve about 1/2 cup of the coconut milk and put the rest in a small saucepan, with the honey and the salt. Cook on medium heat for a few minutes, stirring, until the honey is dissolved. Add the cornflour to the remaining 1/2 cup coconut milk and whisk to remove lumps; then add this to the rest of the mixture in the saucepan. Keep heating on medium heat stirring occasionally until the mixture becomes thick enough so that it coats the back of a wooden spoon (6-8 minutes). Do not let it boil. Remove from the heat, stir in the vanilla, then pour into a shallow container. Allow to cool to room temperature then cover it with cling film and put it into the fridge for at least 4 hours to cool prior to churning.

Whilst the coconut mixture is cooling, place the berries and sugar in a small saucepan and cook down for a few minutes until the berries soften. I whizzed them briefly with the stick blender at this point to make a thick syrup, with some half pieces of fruit still present. Transfer to a heatproof jug and put in the fridge to chill once the fruit has cooled to room temperature.

Churn the coconut mixture in your ice-cream churner according to the manufacturer’s instructions until it is the desired consistency (mine took 50 minutes). Transfer about a third of the gelato into the container that will be used to store the ice cream in the freezer; then swirl through about a third of the chilled thick berry syrup. Repeat until you have used up all the ingredients; you may also like to reserve a bit of berry syrup for serving. Freeze the gelato for a few hours before serving, garnishing the bowls with extra fresh berries and reserved syrup (if using). 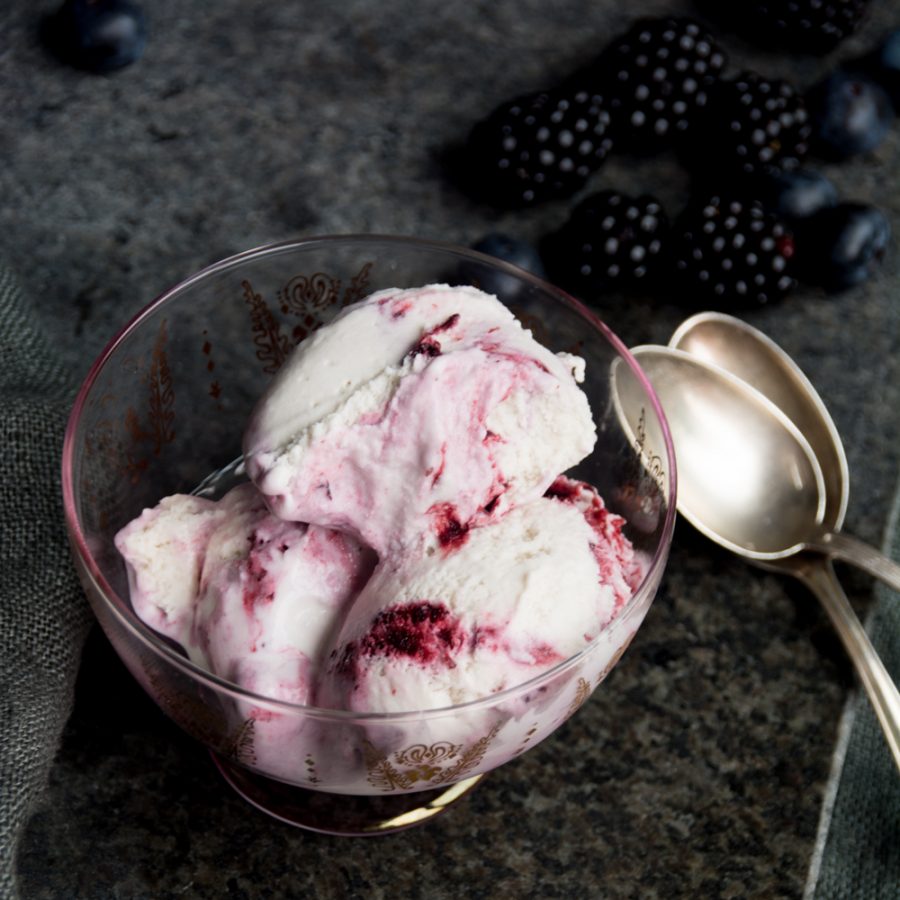