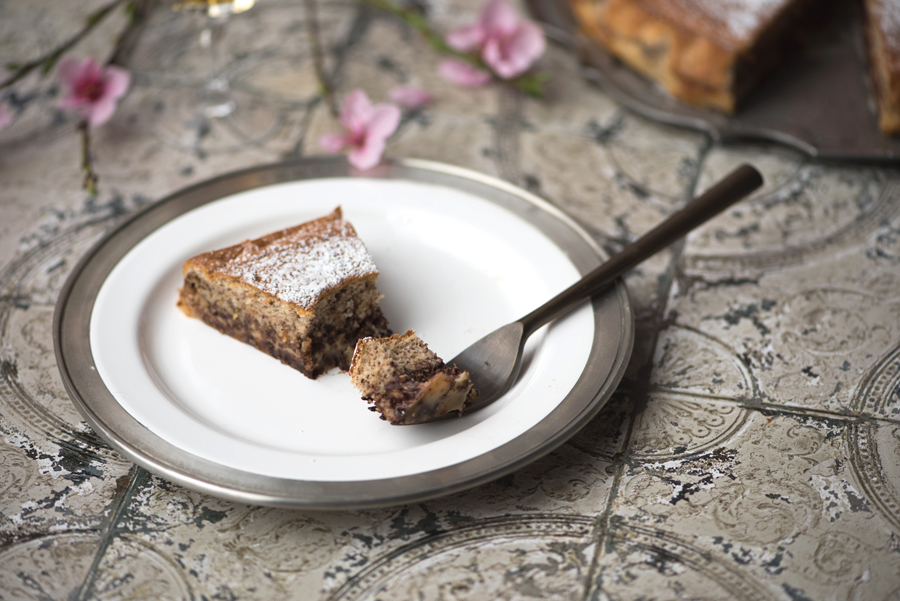 Crescionda – a cake from Spoleto

Verdi is such a good cook. Some people have an innate sense of how to cook a dish from scratch – no recipe is needed, with ingredients, amounts and times all in their heads. Verdi is one of those people. She helped me for a few days in August while I was photographing my second book Adriatico; it was a couple of marathon days – we cooked, styled and photographed five dishes on one day and seven dishes on another day. There were only two of us, and there was a lot of washing to do (as well as eating) and all twelve dishes worked out, Verdi’s cooking flair a bonus for mixing up some of the ingredients at the last moment. They were joyous, creative, busy days that will go into the memory archives. 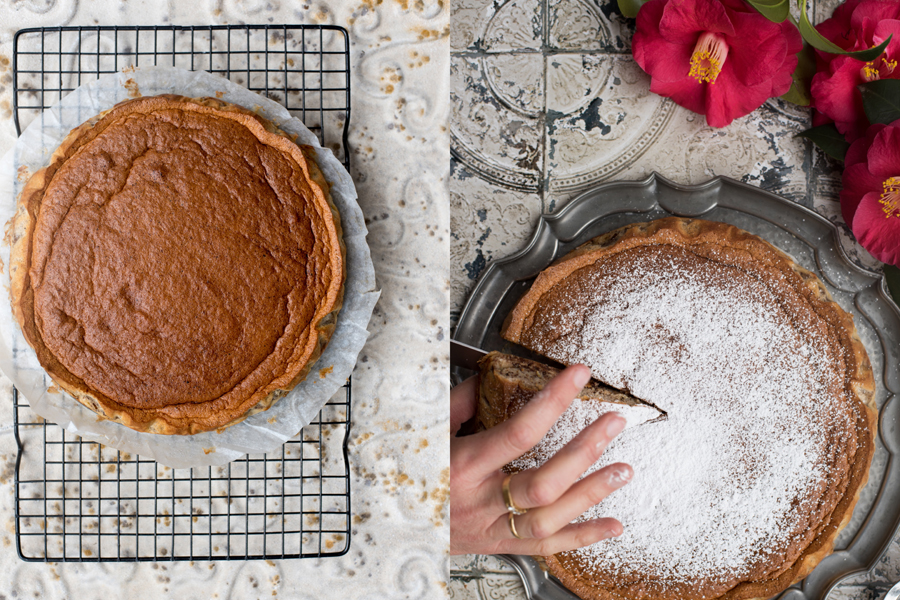 One of the many dishes Verdi has introduced me to is crescionda, a typical cake from Spoleto. She has made it a couple of times when we have visited her over the years. We were at her home a few weeks ago for dinner. Her husband Benito had a roaring fire on the outdoor barbecue. Well it is not actually a barbecue, more like a home-made brick pit in the backyard, made by the Abruzzesi former owners of their 1960s house. The Abruzzesi probably cooked everything on this pit, which has a couple of plates and grills to go over it. It sits next to the garage which was once used for everything from passata making, to salami curing, preserving of olives and grappa distillation.

That night, Verdi made a torta al testo , a very simple bread that her family made in Umbria; the flattened dough was placed on a heatproof tray which was laid on the coals. Much to my surprise, Benito then shovelled hot coals directly onto the bread, burying it completely. After about 20 minutes, Verdi carefully lifted out the tray, shovelling off the coals and brought it into the kitchen. She brushed off the ash and what emerged was a smoky slightly charred flat bread. We ate it sliced in half, like a sandwich with pork sausages and braised chicory with garlic and olive oil, the fatty salty juices from the sausage dripping onto the bread. Rustic and delicious. Afterwards we had a crescionda for dessert, with a glass of homemade limoncello. 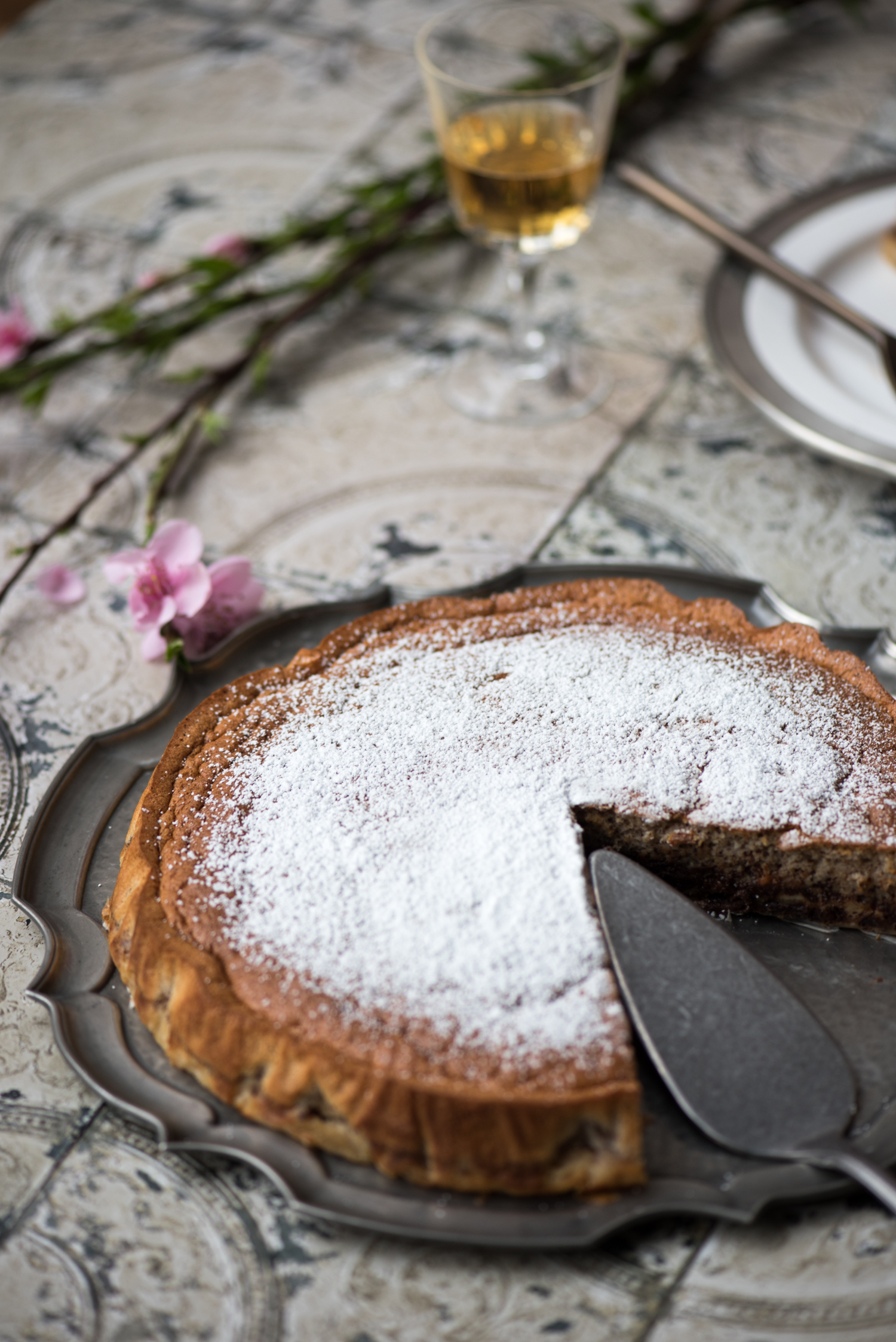 What is lovely about this cake is that it separates into layers as it cooks, the soft rich chocolate layer falling to the bottom, with the lighter more cake-like part remaining on the top. There is very little flour in the cake, it is mainly eggs and milk, so it has a slightly omelette-like texture, which I love. You could substitute white chocolate for the dark chocolate, or use a dusting of cinnamon, or use rum instead of aniseed scented Sambuca. It is a beautiful cake, and if you have ever spent time in Spoleto, you would have seen it as it is in all the bars and cafes. If you try to make it, please let me know what you think.

I have also added more cooking classes through to March 2018; so if you are keen to cook with me in my inner city apartment in Melbourne, please have a look X 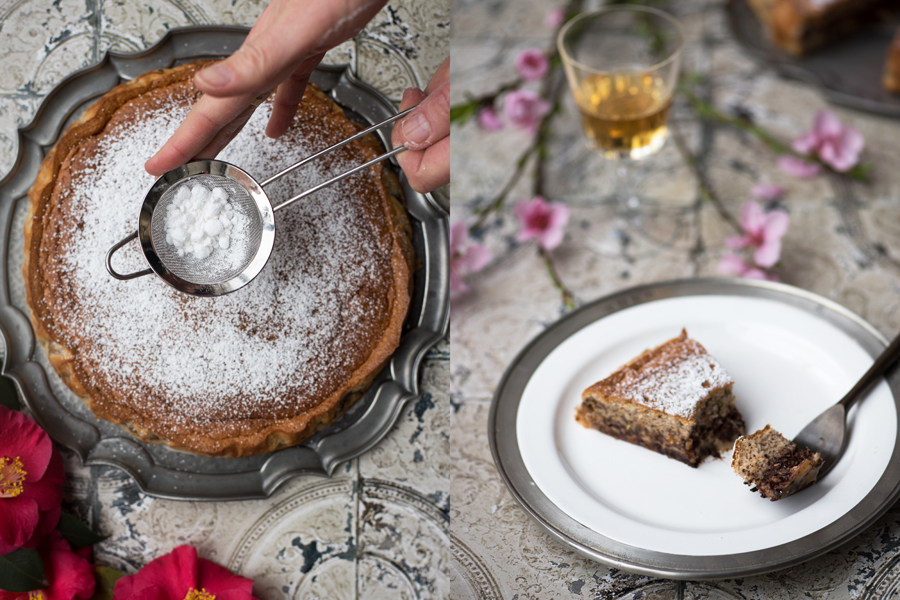 Line a 24cm diameter cake tin (mine had a removable base).

Place the egg yolks and sugar in a kitchen mixer and mix on medium speed until light and fluffy (I used a whisk attachment). Add the milk, liqueur, chocolate and mix briefly until incorporated; then add the amaretti, flour, salt and lemon zest and mix until homogenous.

In a separate bowl, whisk the egg whites until medium peaks form. Fold the egg whites into the cake mixture in batches, taking care not to lose the aeration. The mixture will be quite liquid. Pour into your prepared cake tin and bake for 55-60 minutes. The cake will rise quite a bit, be deep golden on top and firm to touch. Remove from the oven and let cool completely in the tin. The cake will sink as it cools and the soft inside will set.

Dust with icing sugar and serve at room temperature or cold from the fridge. The crescionda will keep covered in the fridge for several days. 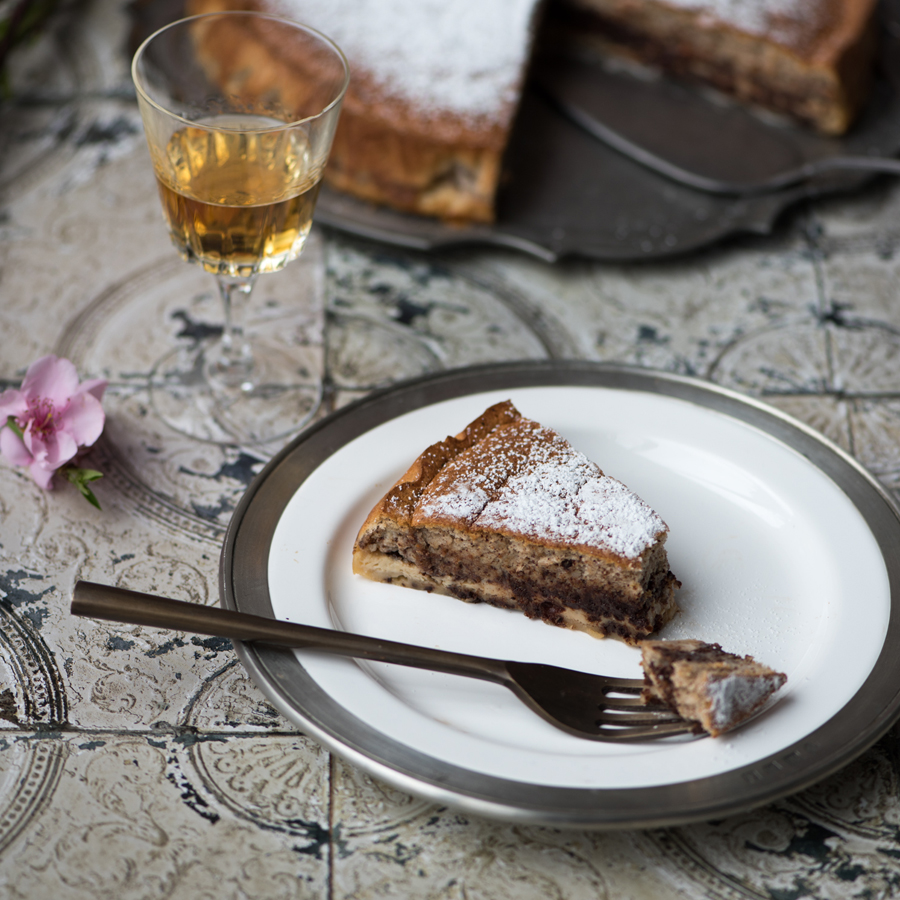