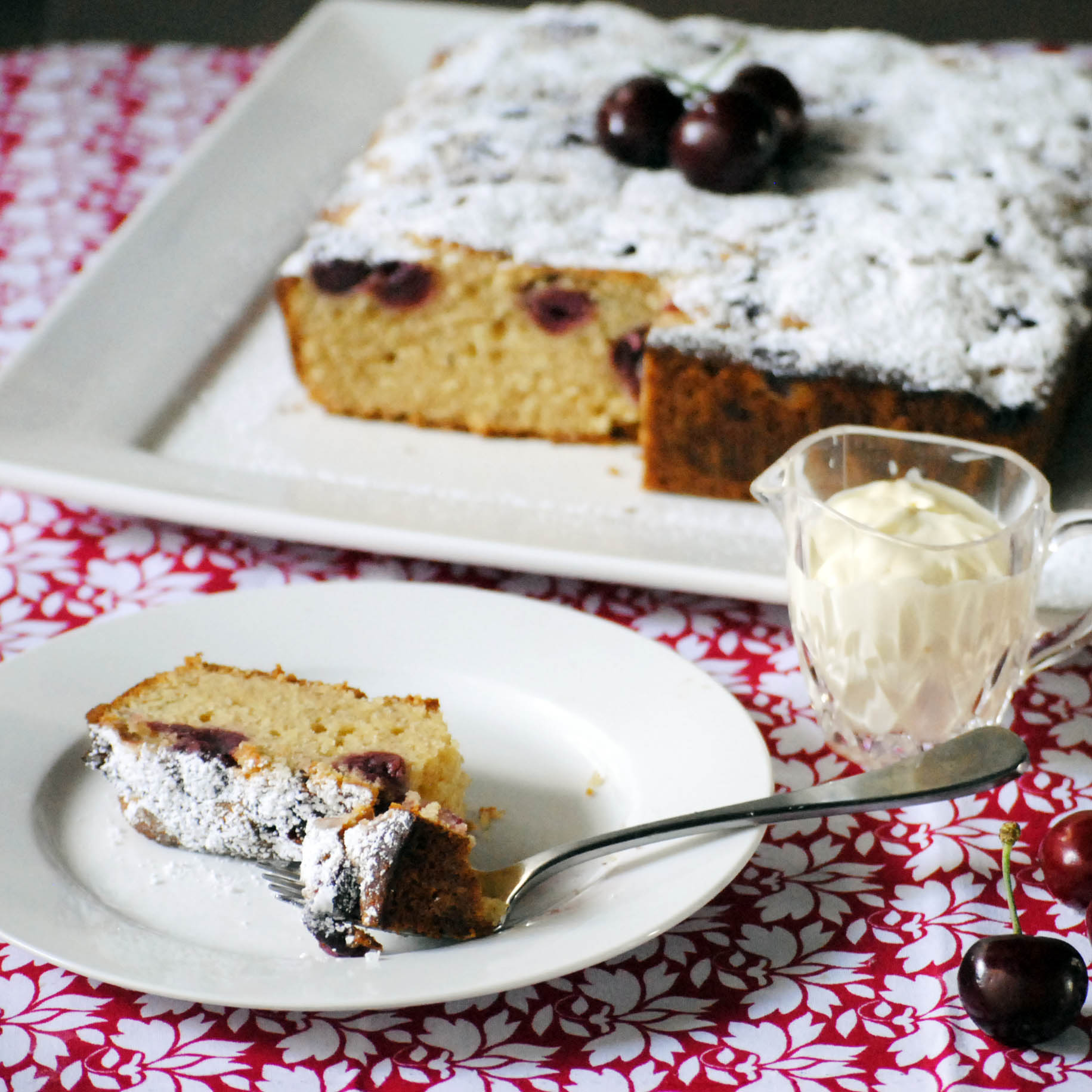 My big sister Barbara is a fantastic cook. She has been cooking for a lot longer than I have. Family celebrations have almost always been held at her large and extraordinarily beautiful home. However the home was recently sold and we decided it was probably my turn to have the family over for lunch to celebrate my mamma Livia’s 85th birthday. I made pork meatballs for main course and Barbara made a delicious Hungarian cherry cake, served with fresh cherries that are in season at the moment.

“You don’t mind if I write a blog post about this?”, I asked her between mouthfuls of the delicious cake. She didn’t mind at all and started searching for the recipe online to share with me. The cake is moist with Morello cherries spread throughout the lightly cinnamon flavoured cake. Morello cherries are thought to be originally from Eastern Europe and it is believed the Romans introduced them into Britain in 1 AD. Of course the Romans had to be involved in some way after all this is an Italian blog! 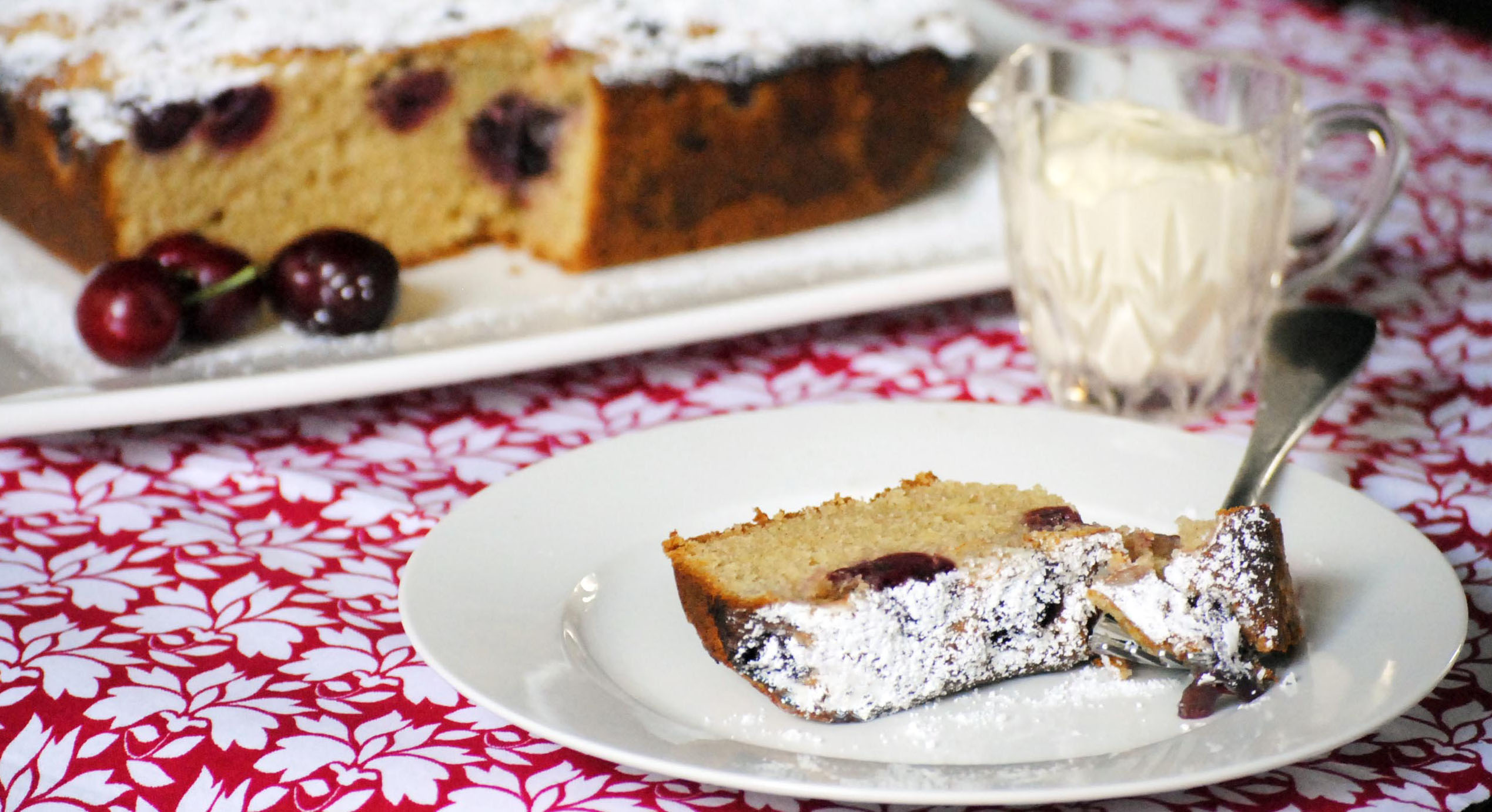 The recipe Barbara gave me is Hungarian though I modified it to make it my own. I increased the amount of almond meal, folded in half a cup of Greek yoghurt at the end as well as adding a bit of the cherry syrup, which my sister had suggested. The result is a slightly less sweet but richer cake that remains moist for a bit longer. It is delicious served with a dollop of pure cream, as we had it for the birthday lunch. I however love it served plain for breakfast and a cup of strong espresso coffee to start the day.

Preheat the oven to 175 degrees Celcius. Line the base and the sides of a rectangular cake tin with baking paper. Beat the butter, sugar and eggs until light and creamy. Add the flour, cinnamon and the cherry syrup to mixture and beat until well incorporated. Fold in the almonds and then fold in the yoghurt.

Bake until the cake has set, about 40 to 45 minutes. Cool in the cake tin for about 10 minutes before inverting onto a wire rack. Decorate with fresh cherries and serve with pure cream or mascarpone.

Pork meatballs with lemon and thyme

Pork meatballs with lemon and thyme