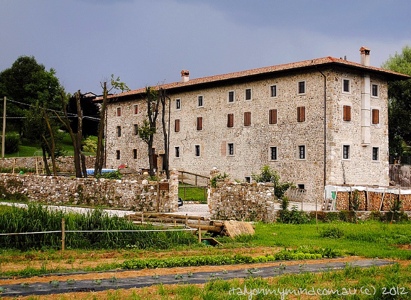 Borgo Floreani – the heart of Friuli

I had never been to an agriturismo. “What is it?” you may ask. It literally means agriculture-tourism. In practical terms though, it is a lot more. Some are simply restaurants, others have accommodation only. All of them however grow produce (hence agriculture). I chose Borgo Floreani as my first experience of an agriturismo from an internet search because I wanted to visit a place that had accommodation plus a restaurant that served food that had been grown on the farm.

I was looking for a place where food was seasonal, fresh and with very few food miles. A real slow food haven. And that is just what I found in the heart of the Friuli region in north east Italy. 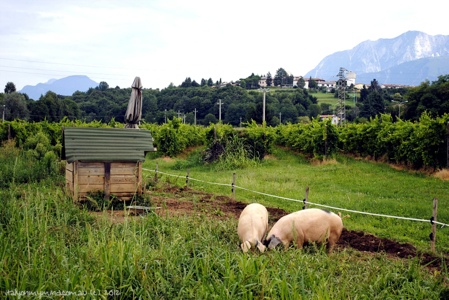 The charming husband and wife team (Carlo and Federica) that run Borgo Floreani are both locals. They made a life changing decision to live off the land and gave up their day jobs to establish a working farm about 6 years ago. Carlo says the decision was made when he and Federica were holidaying in outback Australia, on the road for days, surrounded by nature and without usual home comforts. Carlo said he felt truly happy and decided that this was the way he wanted to live from then on. So they bought what had been a farm, badly damaged in the Friuli earthquakes and began to renovate. 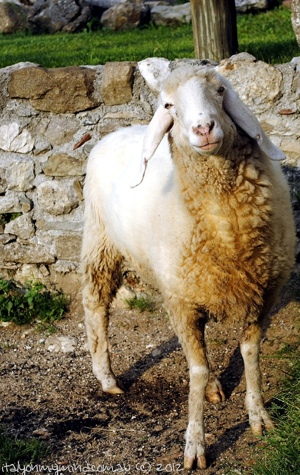 And a working farm it is – with chickens, turkeys, rabbits, pigs, a sheep and deer. Federica told me at dinner one night that she only eats meat from animals that are raised and slaughtered on the farm. She also tries to use as much of the animal as possible, though admits struggling somewhat with using all of the animal the way traditional farmers in Friuli did. 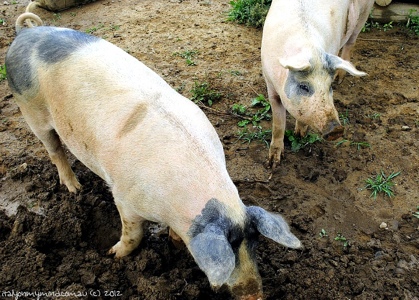 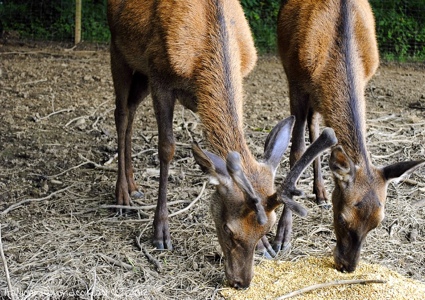 Salame is made annually by Carlo using an old recipe which uses pork leg, 30% pork fat from the belly, red wine, salt and pepper. The large sausage is initially laid horizontal and then hung vertically in the cool of the cellar until it dries sufficiently. We tasted a larger sopressa that had taken 7 months to dry and had originally been about 30kg of meat. It tasted incredible. Their two young children couldn’t get enough of it when their father cut a few slices, crying when they weren’t allowed any more. 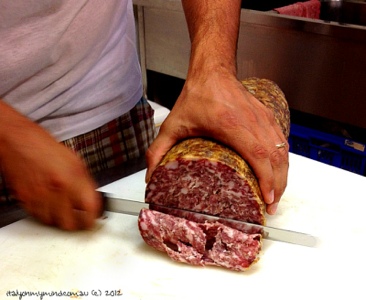 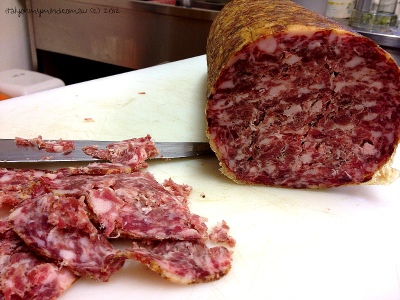 They have several deer at a property a few kilometers away. Carlo tells me it tastes quite a bit like kangaroo. Rabbits also make delicious traditional dishes from the Friuli region. Federica likes to cook traditionally and showed me some old recipes. Many have polenta and use smaller animals that are found in alpine areas. 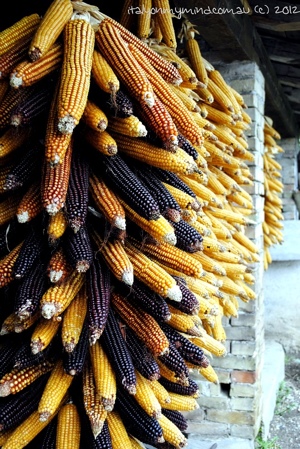 Corn was hanging in a barn – ready to be made into polenta. The vegetables that are in the garden are plentiful and are used to feed the family and guests. Summer vegetables were growing – green and purple cabbages, tomatoes, eggplants, zucchini, salad onions, plenty of greens. Federica would make a giant salad each night to share for dinner. The two boys would help her in the kitchen and were always peering into saucepans and wanting to help. 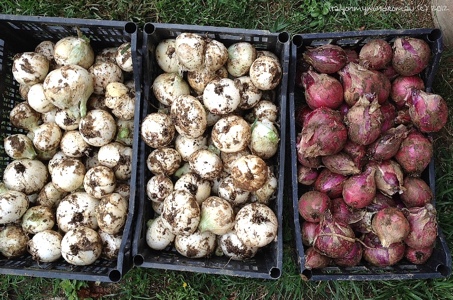 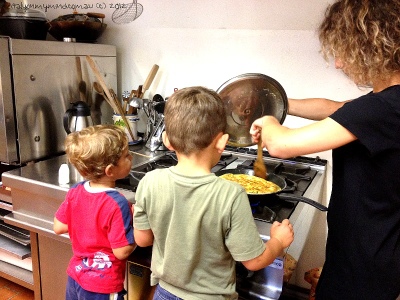 There are many vines on the property and the grapes are sold to local wineries. The wine we had with our meal was from a local producer. 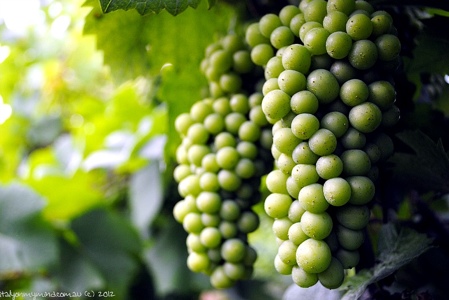 Borgo Floreani is not every person’s ideal holiday getaway – don’t come here if you are looking for a built-in pool, a bar and nightlife. This is a working farm in the heart of Friuli run by joyous people who delight in sharing their culture, the goods the farm has produced and give you a little bit of their lives. It embodies the principles of slow food that are so dear to my heart. If this sounds like your heaven (as it does to me), then visit Borgo Floreani and say hello to Carlo and Federica for me. 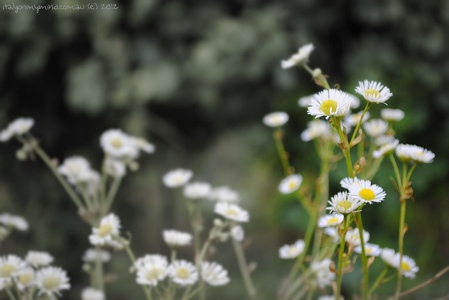