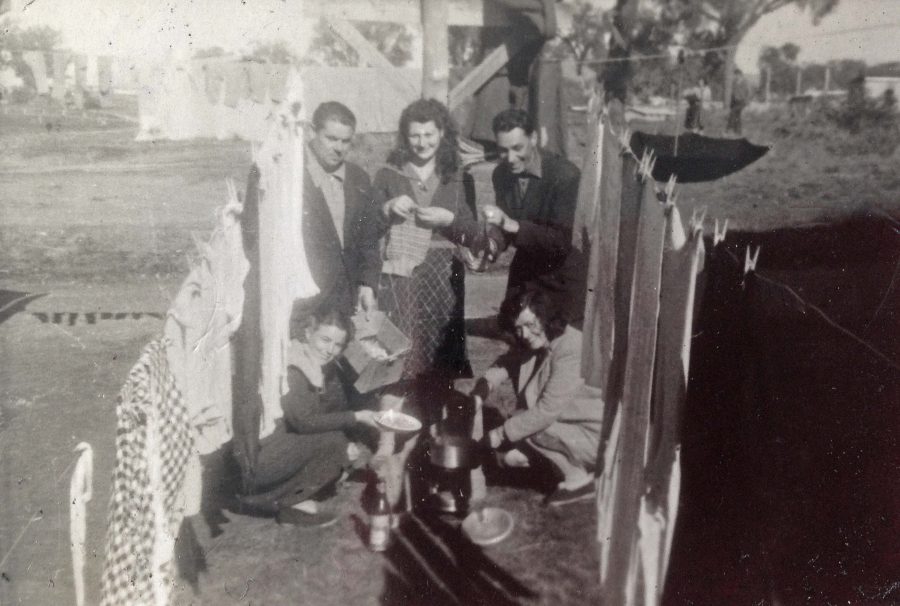 I travelled to Bonegilla with the family a few weeks ago for a sausage making class. My visit there inspired last week’s post which was about my parent’s journey from Italy. This post follows on from where that one left off, with my parents arriving in Australia and being taken by train to a former army camp that was literally in the middle of nowhere (see map below). Sparse fields with dry bushland surrounded Bonegilla and Albury, with a population of around 15,000 people, was the closest town. It was May 1950. 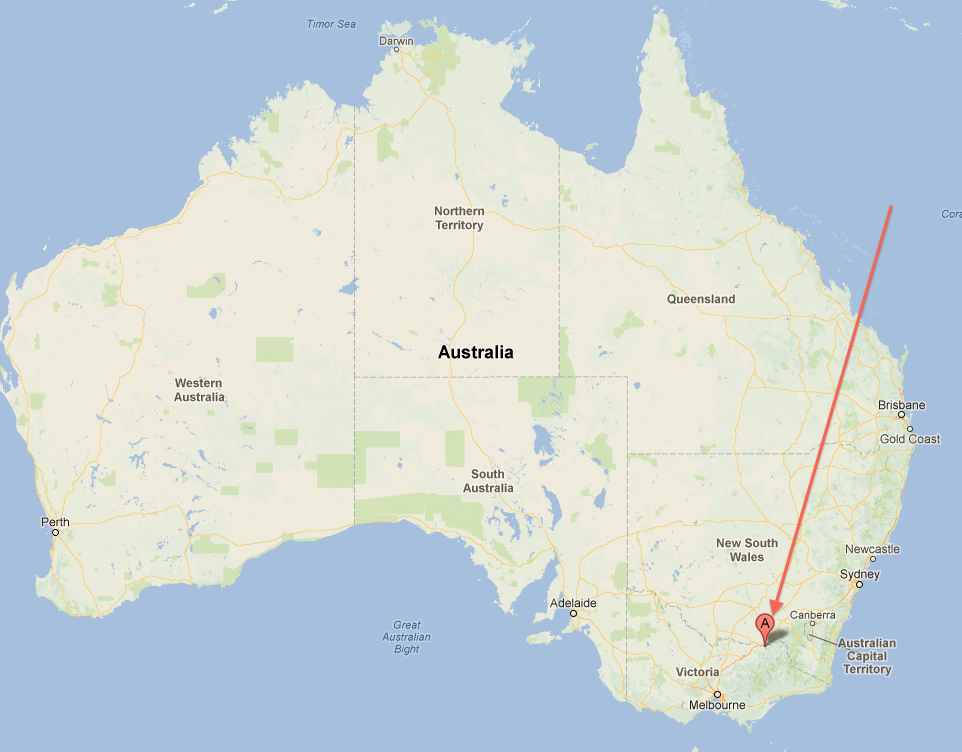 When my parents were there, the camp, which could house 7,700 people in army bunkers, was overflowing and a number of tents had been set up for men, my father included, on the outskirts of the camp. My mother was with other ladies, in a 20 bed bunker which happened to be close to the mess hall and one of her strongest memories of her time in Bonegilla was the food. A memory fragment from Stefano Manfredi, now a chef in Sydney ….. “I couldn’t believe it, we had no idea people ate so badly. It was atrocious…” (1961). And another fragment from a migrant called Silka ….“Mutton stew morning, noon and night. The square white bread was like cardboard, the butter was salty,the jam came in tins and the coffee in a bottle called ‘Turban’.” 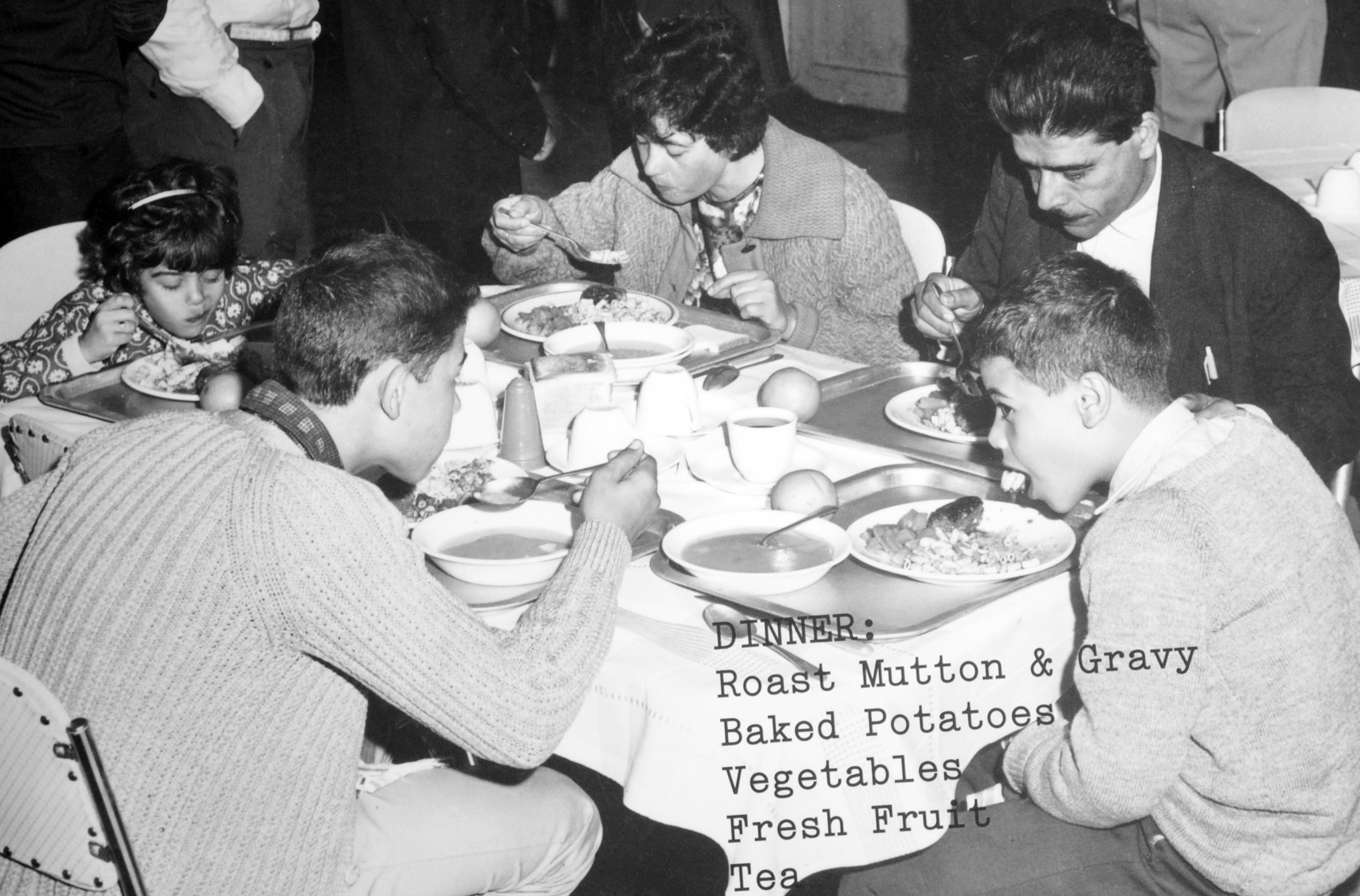 My father, like many others, resorted to catching rabbits in the fields. It was forbidden to cook outdoors though they found a way to get away with it – using gas burners, hidden between rows of washing (see photo below in which my mother is standing and the other ladies are cooking). Others used electric irons turned upside down propped up between bricks for cooking. I remember my father talking about eating wild rabbit, muttering something about the migrant camp at Bonegilla and shaking his head in disgust. He disliked eating wild rabbit but it was better the meals you got in the mess hall. No wonder my mother cried every day – her husband was sleeping in a tent on the other side of the camp, she missed her family in Italy, she couldn’t understand the language and the food was inedible! 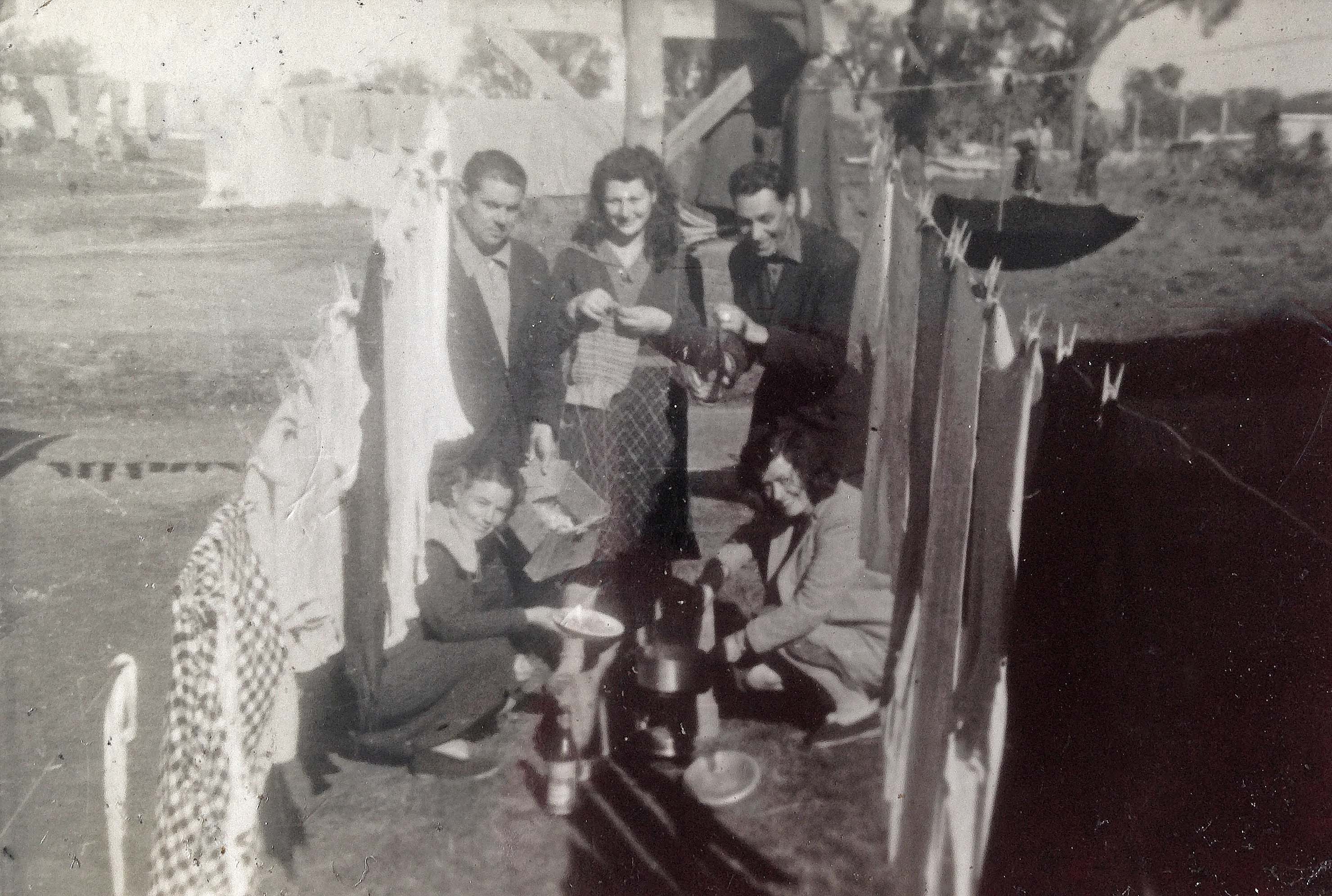 Together with other Italians, they went into nearby Albury one day for an excursion. You can image what the locals thought of these well dressed italians walking through the town (photo below), speaking a foreign language. My mother remembers walking into the bar at the pub in Albury (after all she had worked in the bar owned by her parents in Italy from when she was 13) to have a drink. To her horror, the ladies were shooed out of the bar (reserved only for men) into the ladies lounge. My father recounted witnessing the so-called six o’clock swill, when last drinks were called (as alcohol could not be sold after six o’clock) and men bought several beers to drink one after the other. Furthermore, the wine was undrinkable (“Wine? Do you mean plonk, mate?“) Clearly Australian drinking culture and practices were not what they were used to in Italy. In spite of what I read at the Bonegilla Migrant museum, my mother says that there were no English classes at the camp and no attempts to show the new arrivals the way of life in Australia (apart from the food!….) when she was there. 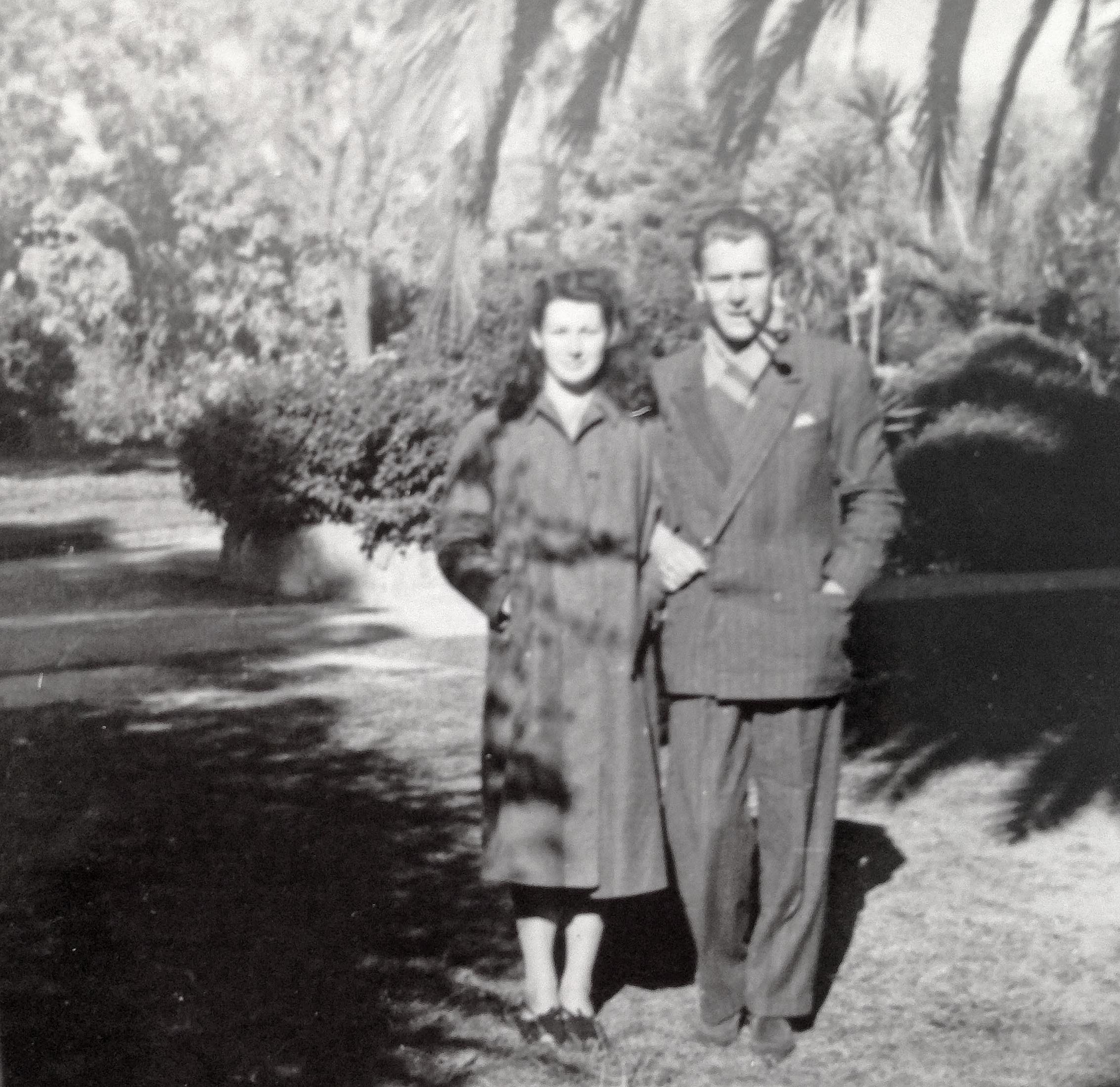 In Albury, to my mother’s delight, they found a shop which sold spaghetti (which was the only type of pasta you could buy in Australia at the time). So back at Bonegilla they cooked spaghetti on their gas burner (between rows of washing) and had a picnic in the fields, sharing a bottle (or several bottles from the photo below) of plonk. Luckily their days at Bonegilla were coming to an end. Within 40 days, both my parents were assigned jobs in Melbourne and they made the long trip back to Melbourne by train, to a camp in Williamstown. 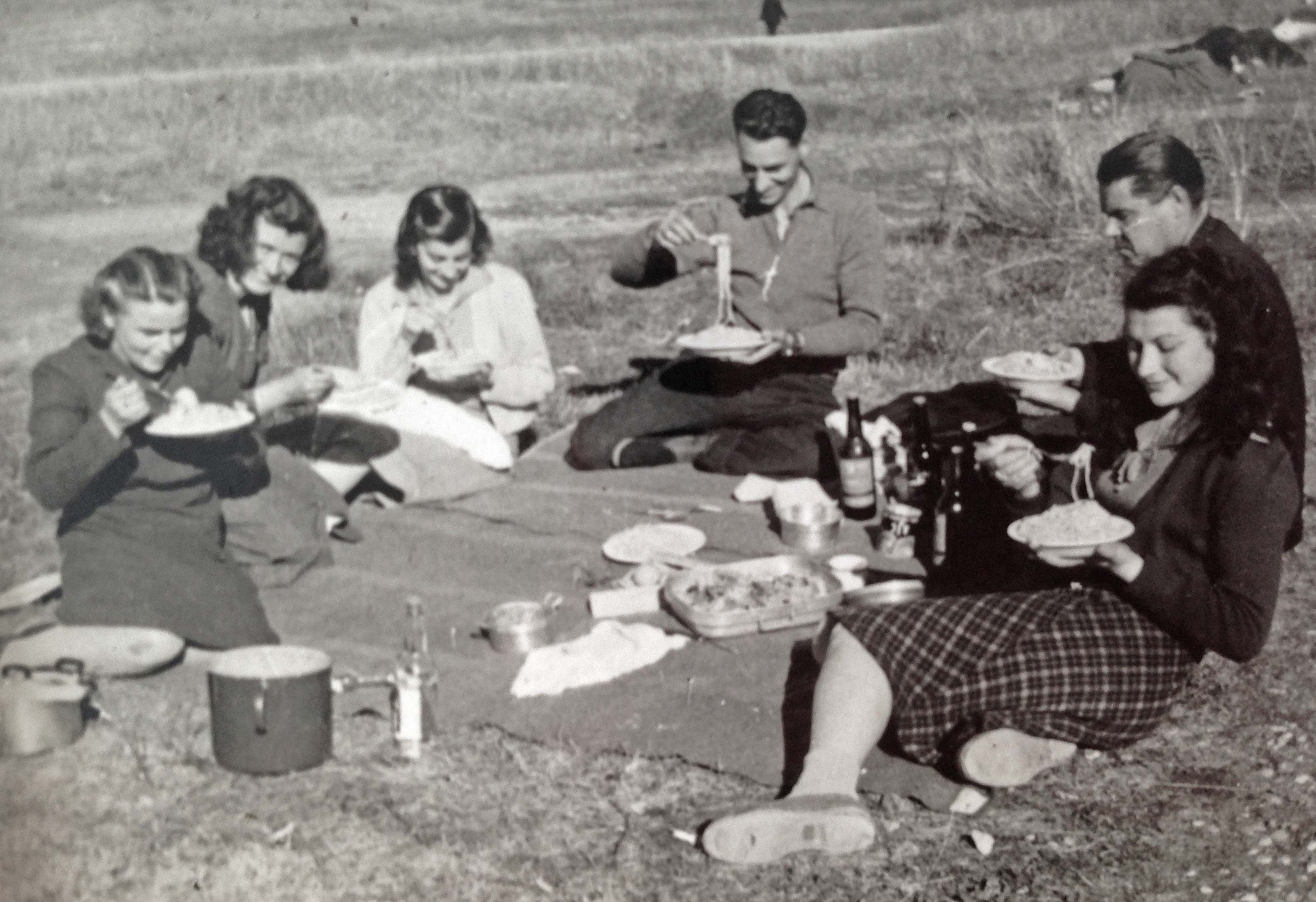 They missed out on the “spaghetti riots” of 1952 when angry Italians apparently emptied plates of spaghetti (presumably tinned spaghetti!) at the door of the camp director’s hut to protest about the appalling food. After this unrest, migrants were given jobs in the kitchens and food improved somewhat. That said, it wasn’t easy to buy decent cooking ingredients back then when olive oil, for example, was something you bought in small quantities from a chemist. There are several stories written about experiences at Bonegilla, I found this one to be a great read. 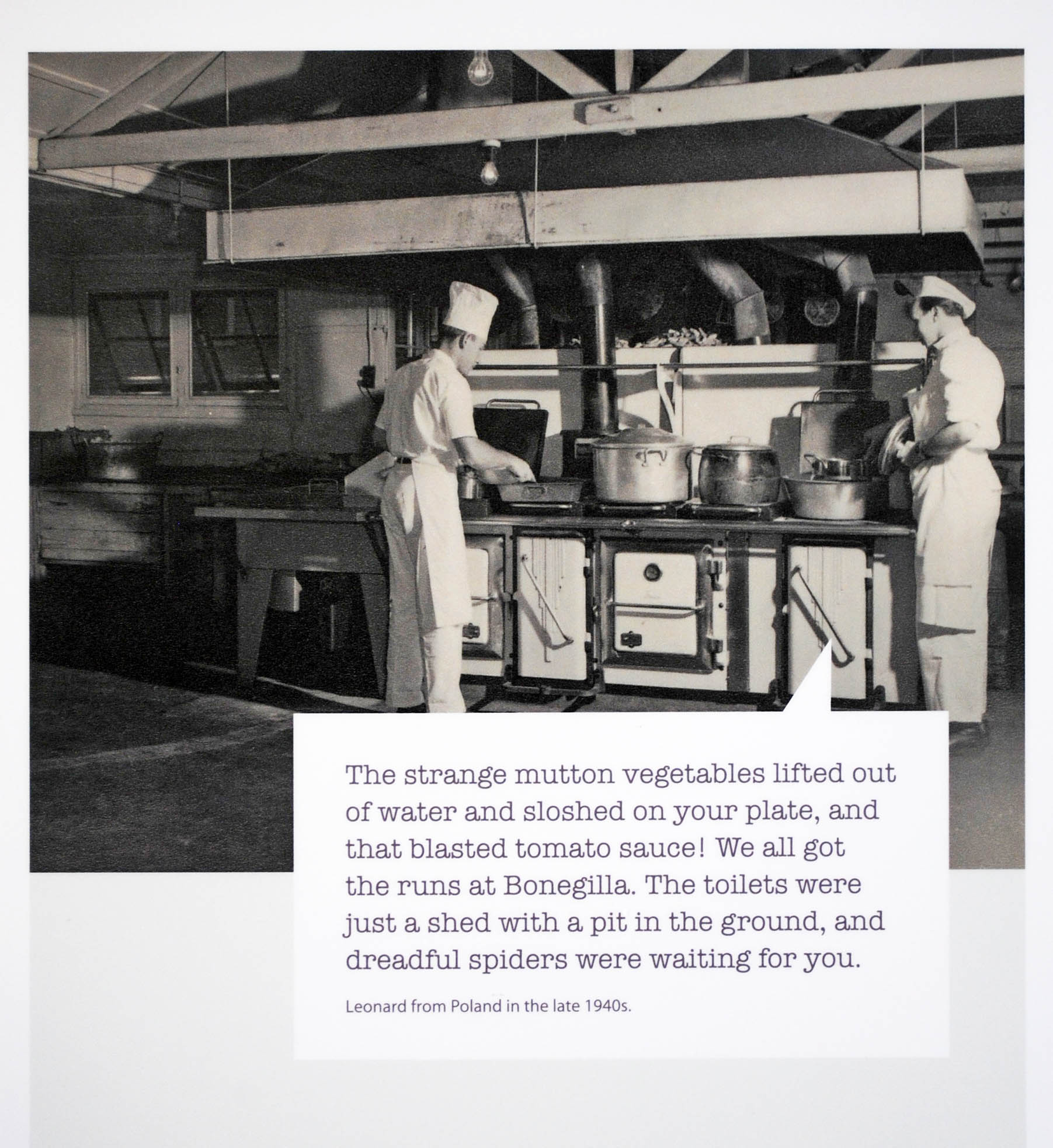 In recognition of the simple food that Italian migrants loved but could not have in camps, I am sharing a simple recipe for veal cotolette. This tender crumbed thin slice of veal is tasty, light, delicious and so quick to make. With a buttery sauce and crispy sage leaves it made a lovely lunch for my husband’s family yesterday. During the lunch I recounted the story of my parents at Bonegilla and their stories of rabbits and spaghetti. They also had stories to tell of their experiences travelling over from Malta and England by ship, although both had been sponsored by other family members so neither had been to a migrant camp. They had however heard stories about the terrible food at migrant camps so were happy to have missed out on that experience! 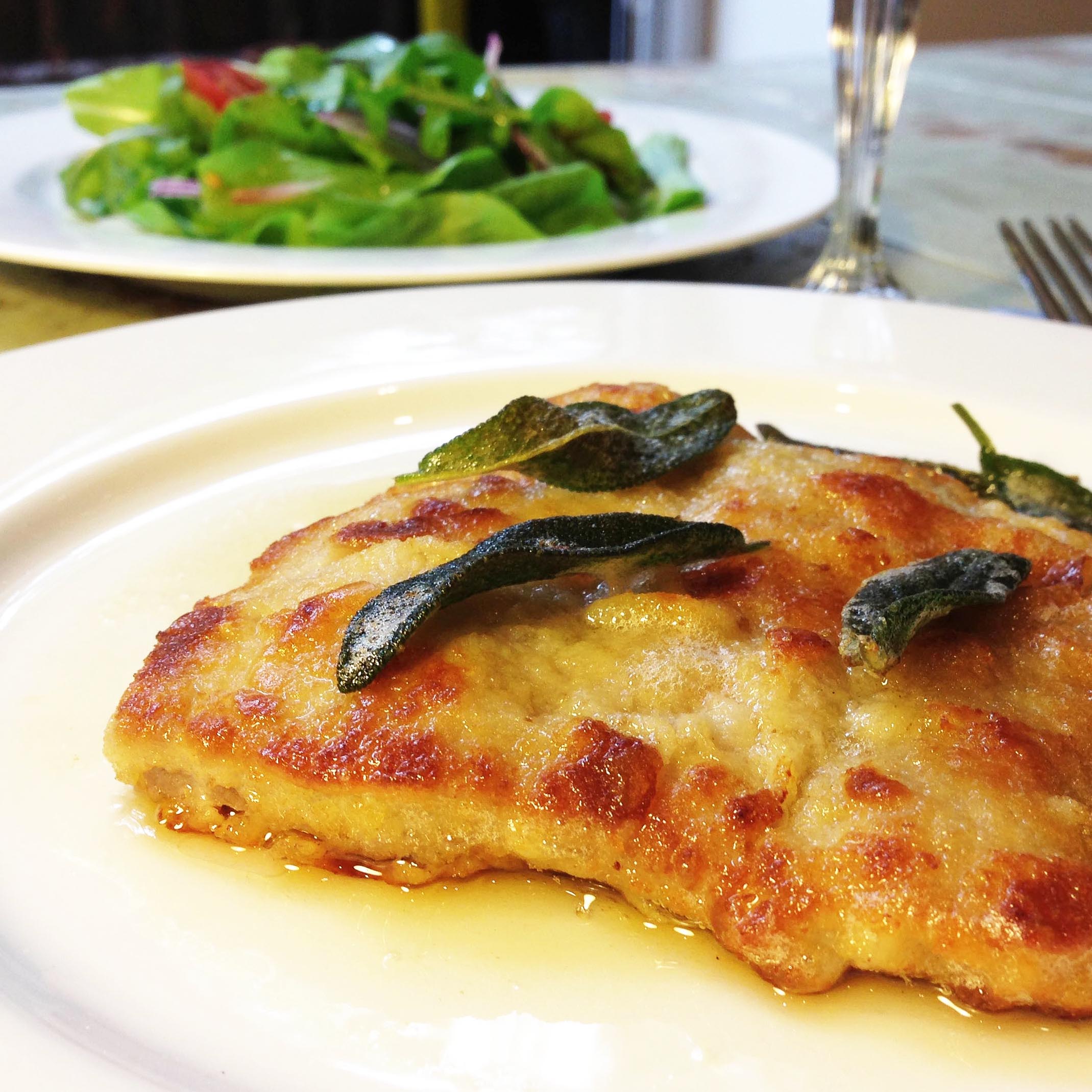 Cotolette*
serves 4
2 veal escalope, thinly pounded (ask your butcher to do this for you) – about 500g total
Plain flour
1 large egg, lightly beaten
Splash of milk
Bread crumbs (the ones you make yourself are fresher)
Olive oil for cooking
50g unsalted butter, cut in 4 pieces
12 fresh sage leaves
sea salt

Cut the thin veal escalope (which should be quite large) in half so that you have four pieces. Mix the egg and milk and place in a shallow bowl. PLace some flour on a large piece of baking paper and the bread crumbs on another. Dust each side of each slice of veal with plain flour. Dip the floured slice of veal in the egg mixture and turn over so that egg covers the whole slice. Then place the slice of veal in the bread crumbs and make sure it is well coated with crumbs on both sides. Repeat for the other slices of veal.

Heat a large frypan on medium to high heat and place a good splash of olive oil. Once the oil is hot, place two slices of veal in the pan and cook until golden (about four minutes). Turn over and add half butter to the pan and half the sage leaves. Cook for about 2 minutes unbtil golden and remove the cotolette and sage leaves from the pan. Set aside on warmed plates. Repeat with the remaining veal, adding a bit more oil if needed. Scatter some sea salt on the cooked veal.

Serve the cotolette topped with crispy sage leaves and the lovely sauce that is left in the pan. My parents would have given anything to have eaten this at Bonegilla instead of the never-ending mutton stews they got at the mess hall! Buon appetito!

The photo below is of me in the Bonegilla mess hall, smiling over the sausages I helped make. My niece Claire has also written up the event in her latest blog post, and she is correct in saying that it was a very moving experience being at Bonegilla (and lots of fun making the sausages too). 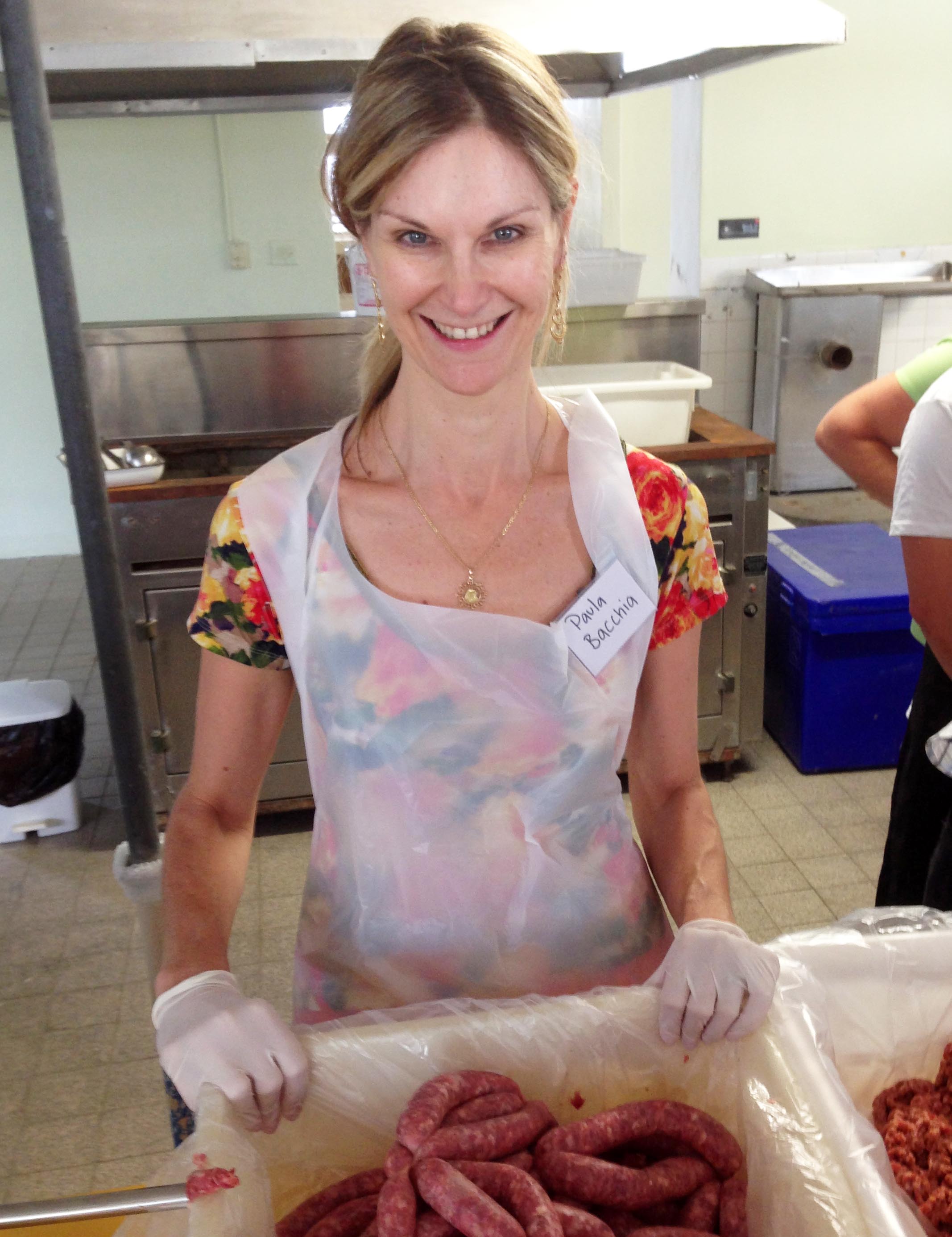