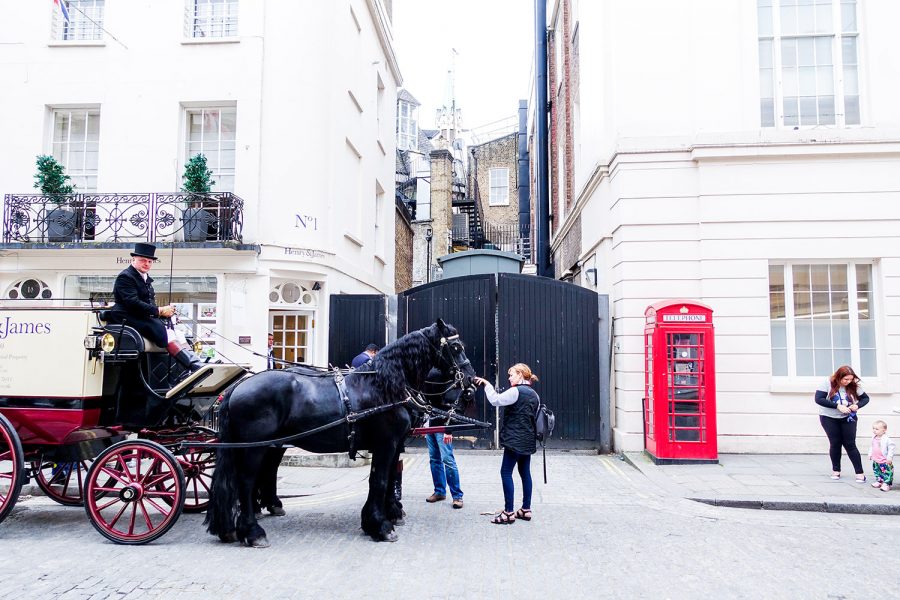 An interlude in the UK

A few years ago I jokingly said I didn’t want to visit London again because the food wasn’t any good. I said this in front of several English people…who seemed a bit put off. I confess that I probably hadn’t been joking, but it was based on my experience there in the early 2000s. My favourite part of that visit had been going to the Tate Modern and clothes shopping in Harvey Nichols. Our meals consisted of a couple forgettable pub meals accompanied by half pints of ale and a passable chickpea curry eaten as street food when we went to the Camden Markets. This visit to the UK couldn’t have been more different. I followed advice of several foodie friends and had fabulous foodie experiences in between days of attending a work conference, in both London and Glasgow. It felt like the restaurant and good eating experience had well and truly arrived in the British Isles, with many Italian inspired food venues. 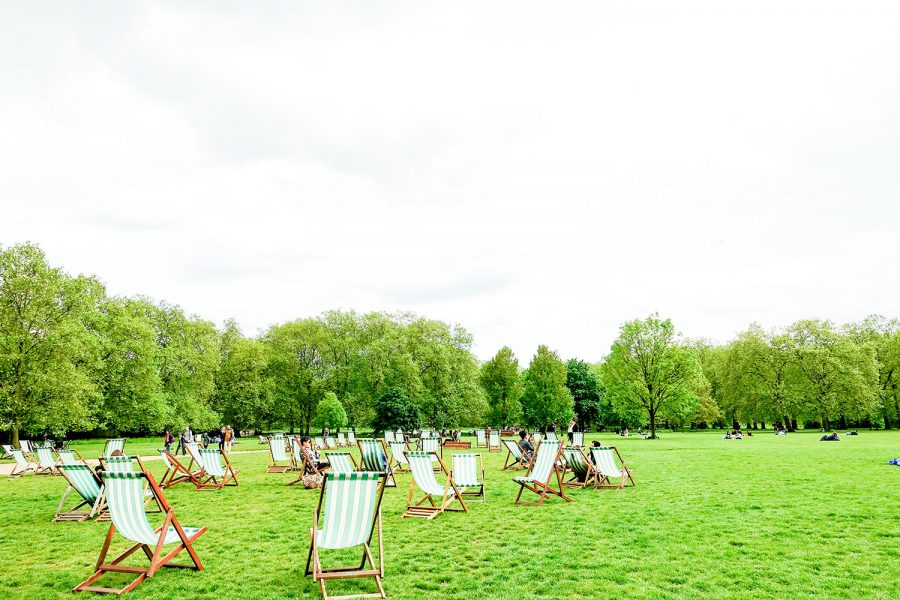 For starters I managed to find great coffee in a coffee shop in the middle of Russell Square in Bloomsbury, right near where the conference was being held. The staff in the cafe were conversing in Italian and  there was a large tray of sfogliatelle in the window. I bumped into quite a few fellow Melbournians queuing up in the morning to grab a take away caffeine hit to take to the conference (where the coffee was instant). 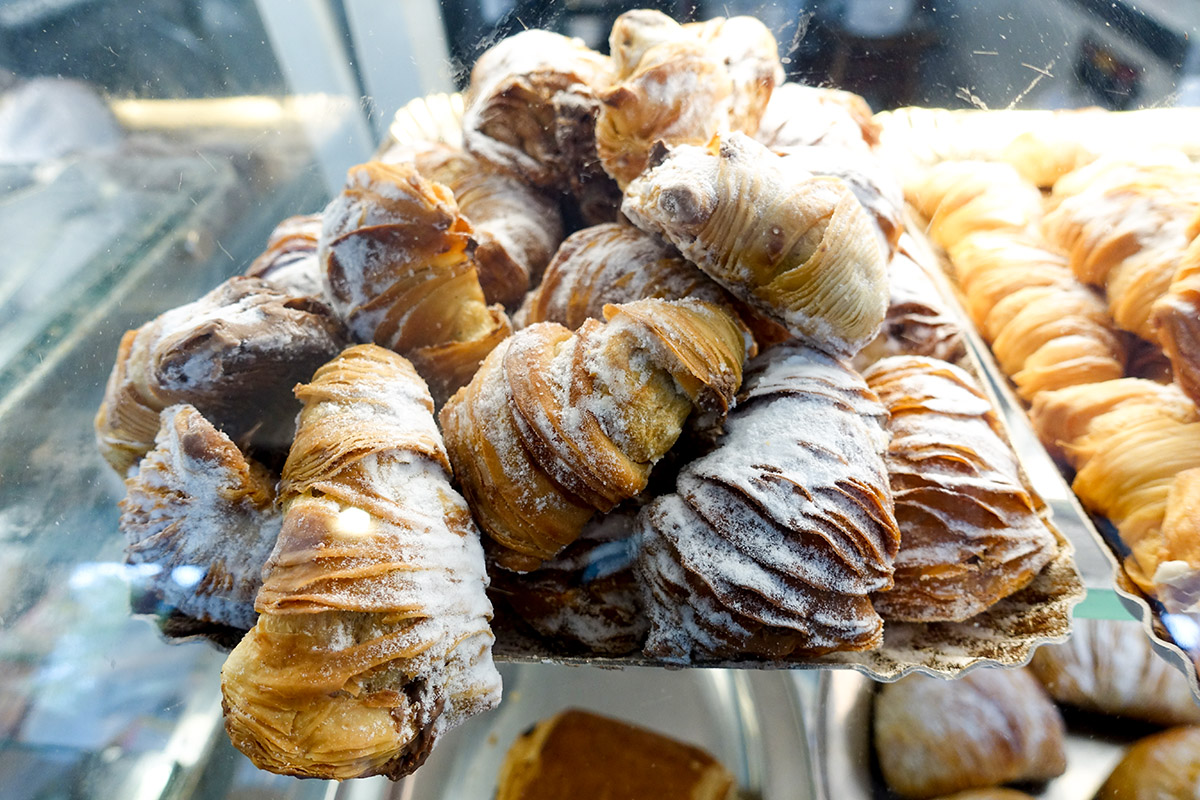 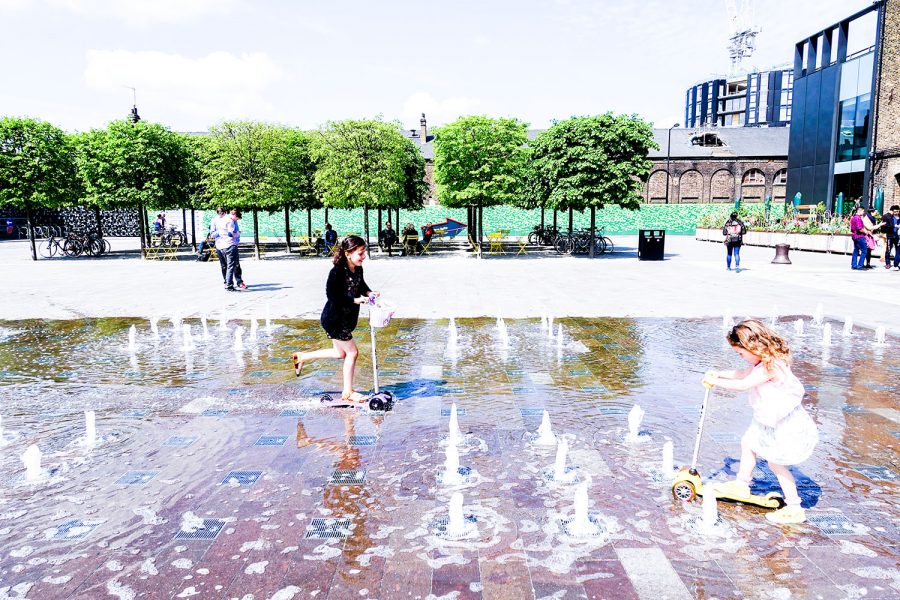 We met an expat Australian colleague for brunch one day near Kings Cross Station. I had been recommended both the Grain Store and Caravan via Twitter and they were conveniently next to each other. We didn’t have a booking but managed to locate a small table in the very busy and cavernous Grain Store (as long as we agreed to leave by a certain time). The red lentils, hummus, spicy fried egg and flat bread that I had was delicious – I believe the menu is mainly vegetarian, and they pride themselves on their sustainability principles. 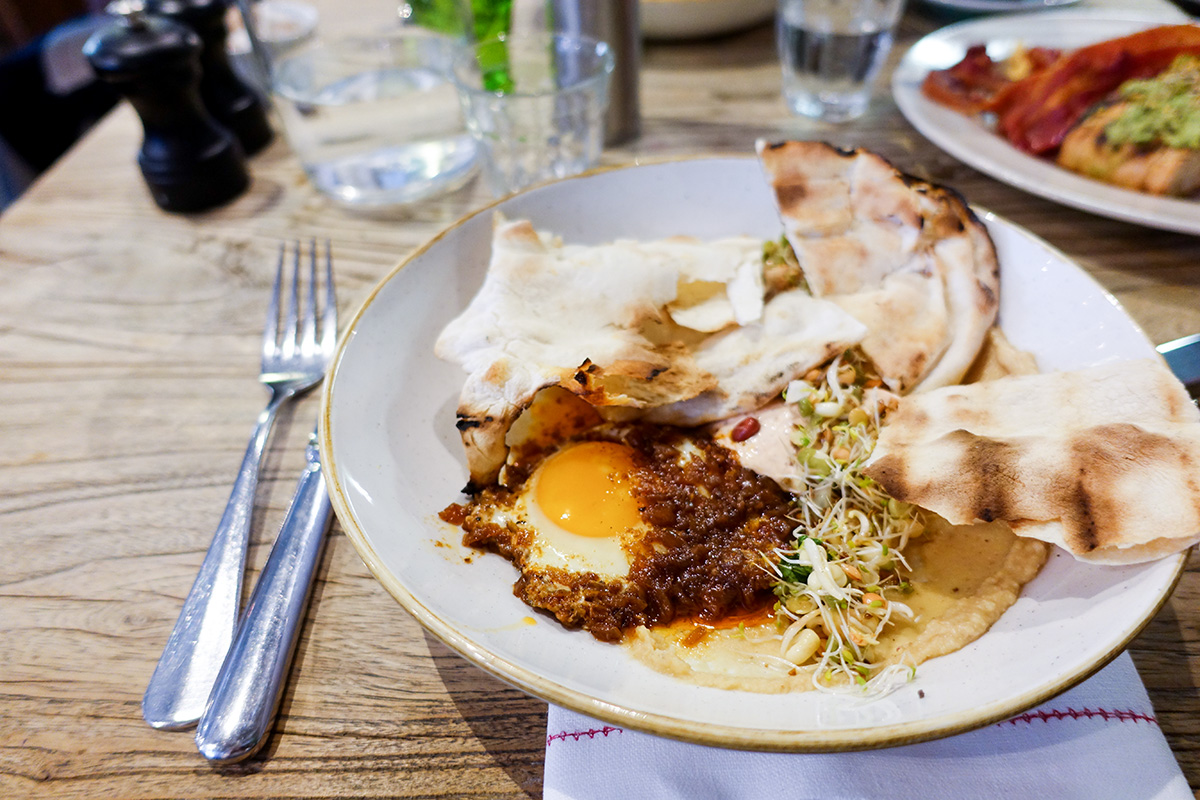 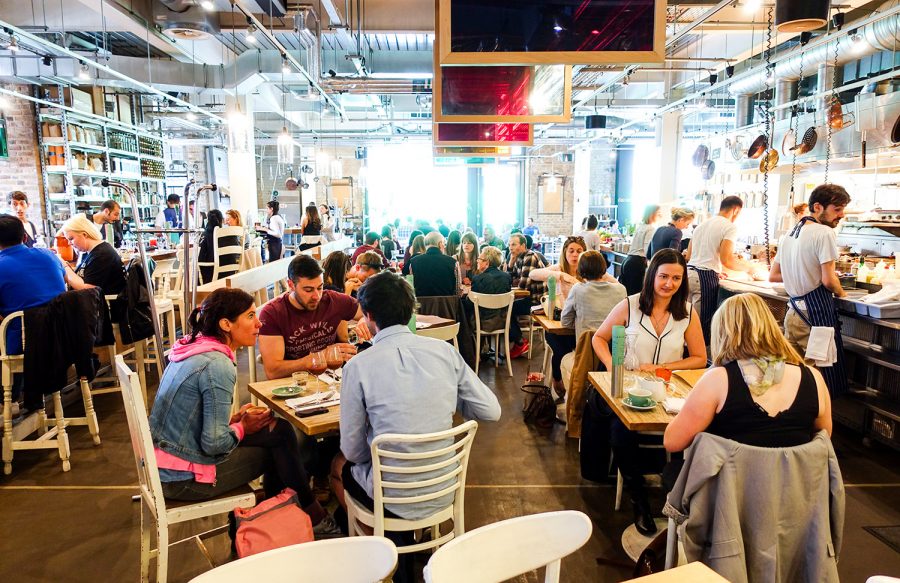 After brunch we headed to Camden Town (and it seems like most other people in London had the same idea). It was lively and possibly too hectic for us. There were market stalls with loads of rock t-shirts, leather boots, studded numbers and heavy silver jewellery – quite appropriate for 20s me when I saw the Triffids play at Dingwalls but not now that I am (ahem) slightly older. I fought my way into the food area to snap a few pics (I was especially impressed with the piadina maker) but retreated fairly quickly. We had a look at the famous Camden Lock then happily did an about face and headed back south down Camden High Street. 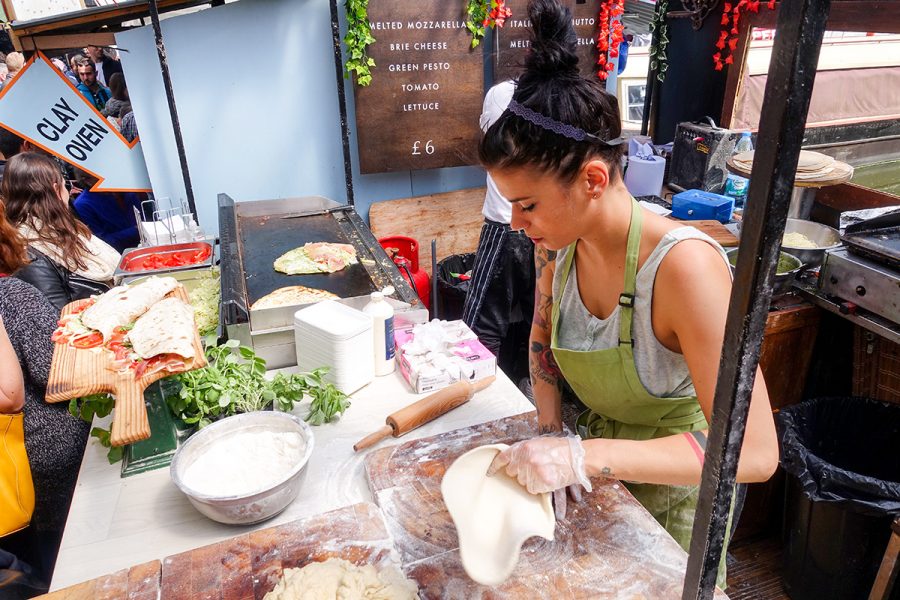 Another food highlight was Ottoleghi in Belgravia. I didn’t think I would have the time to get there but you know, you make time for things that are important. And yes it was swoonworthy. The pictures tell the story – I guess the staff are so thoroughly used to people like me taking photos, that they did not bat an eyelid but patiently waited for me to finish before asking what I would like to eat. I bought a lemon mascarpone tart in a buttery shell (even though I was going out for dinner about an hour later)…. I HAD TO DO IT. 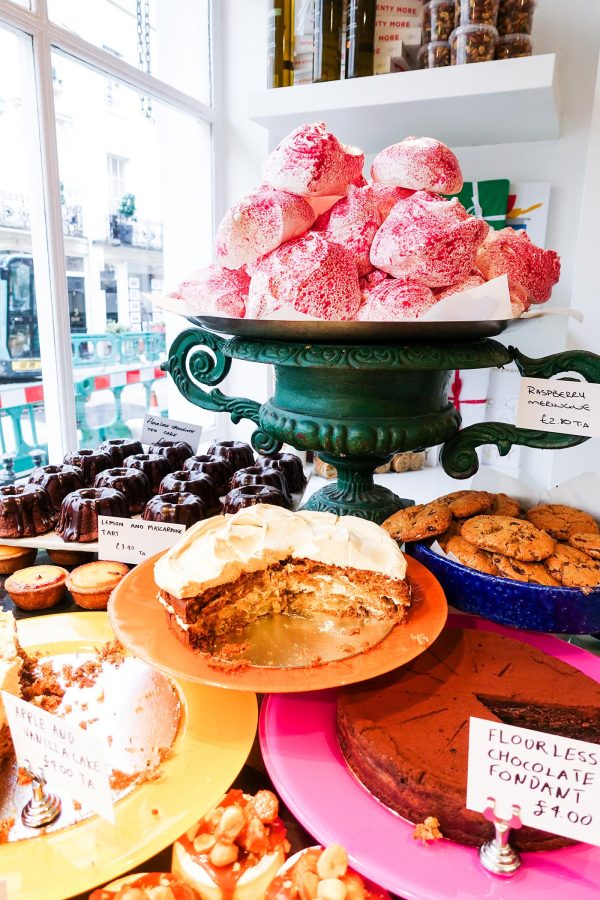 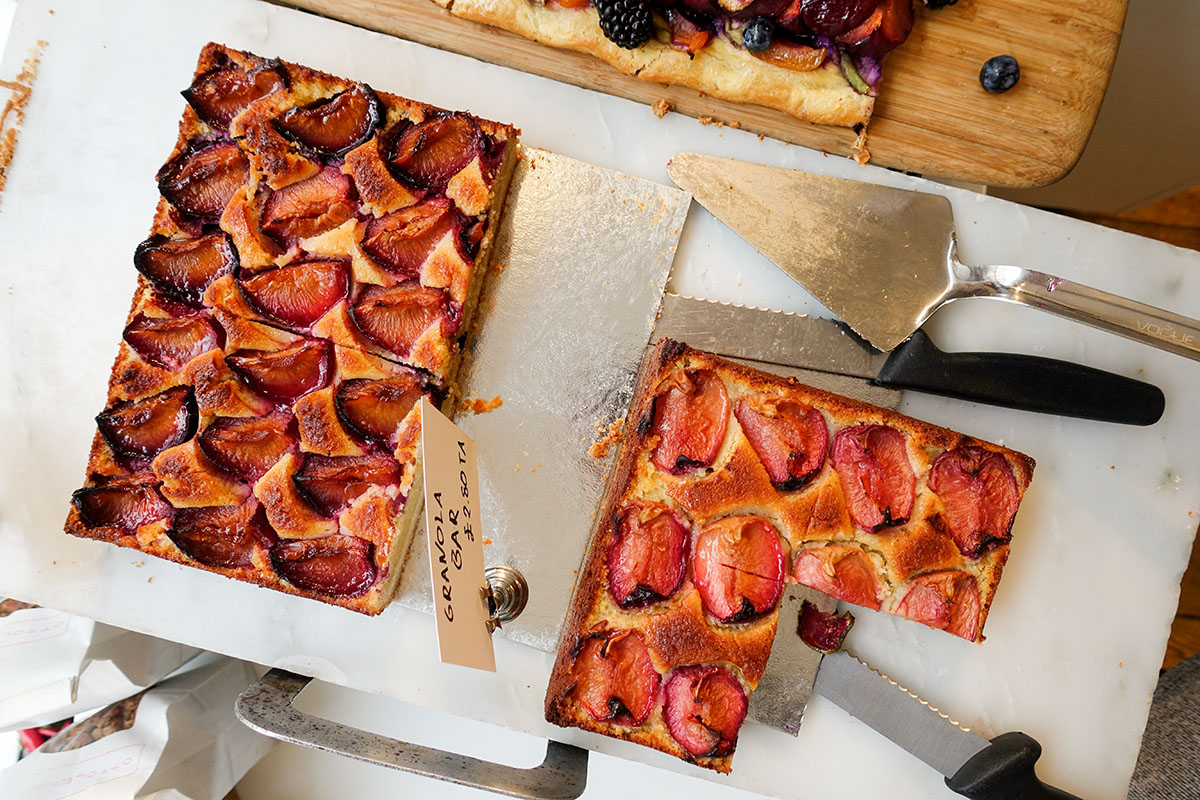 Choosing a dinner venue was a rather tricky affair. As we were near Covent Garden, we tried to get into Dishoom (had been recommended), Jamie’s Italian and Rossopomodoro. Dishoom had a snaky long queue and the others had waits of 1-3 hours. We opted for Rossopomodoro, a well regarded chain of Neapolitan Pizza restaurants, as the wait was shorter. The pizza was excellent, with a puffed chewy crust and a thin centre. I chose the pizza with mozzarella, anchovies, olive oil which is served with  a lemon wedge – quite a taste sensation that I look forward to making it at home. We were seated in the upstairs part, away from the downstairs action and pizza oven (which however seemed like more fun). 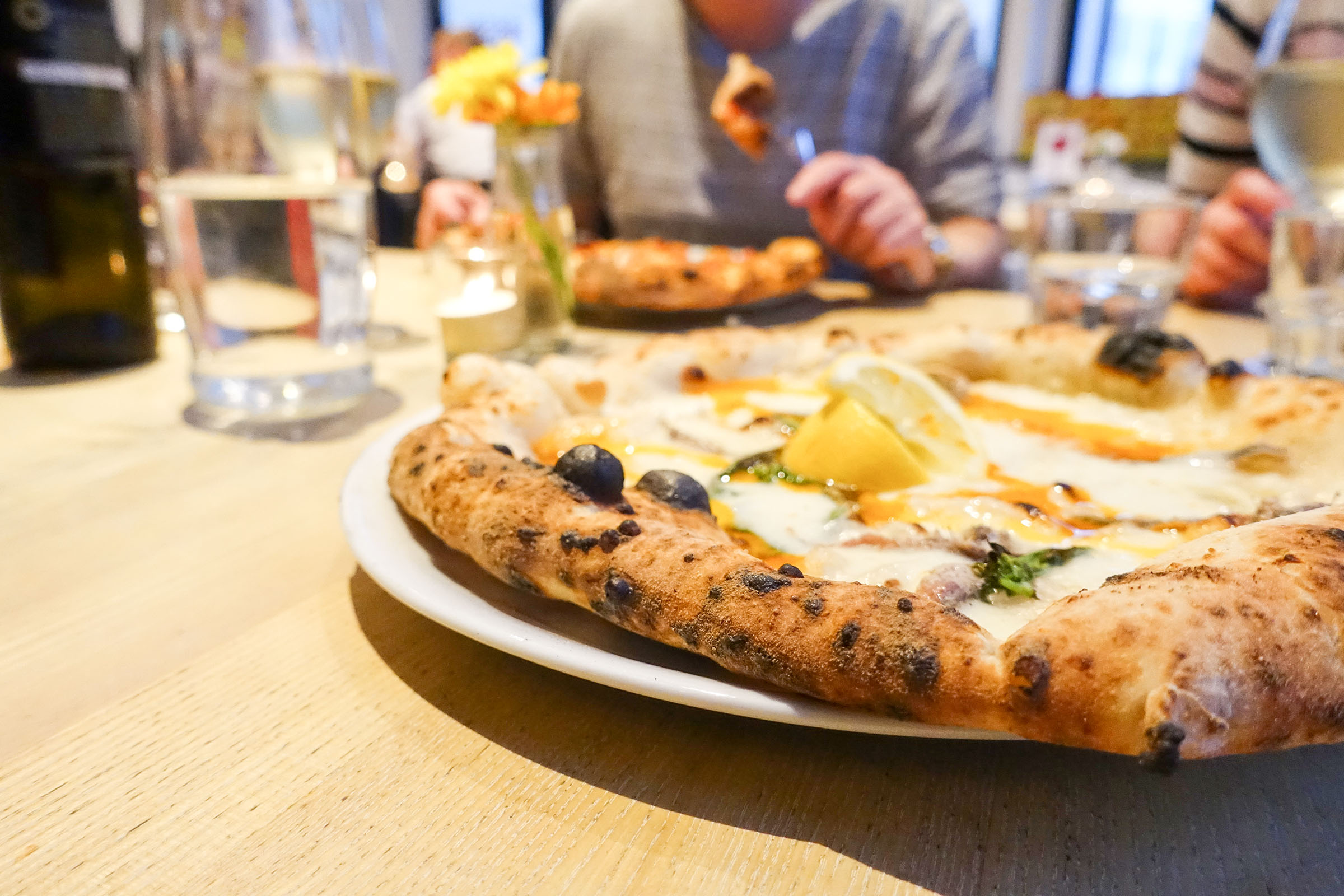 We spent a few days in Glasgow, again for work, and had a couple of excellent meals. Firstly at an Indian restaurant called Mother India where I (un)ceremoniously smashed a glass of wine on the stone floor with my arms whilst I was talking (yes, I do wave them around rather a lot when I talk). I lost the half glass of white I was drinking and they didn’t give me another (worried I might break it again perhaps?) – so I filled up my water tumbler with the remaining wine in the bottle and continued to eat their delicious and rather inventive curries (eg. haddock and lentil curry). The second restaurant, the Ox and Finch was astoundingly good. We shared six courses with some staff of the health service we were visiting and stand-outs in the tapas-style sharing plates were a salad of peaches, prosciutto, burrata and mint and the salmon cured in beetroot and gin. I almost wished we could have stayed another night just to visit the Ox and Finch again. 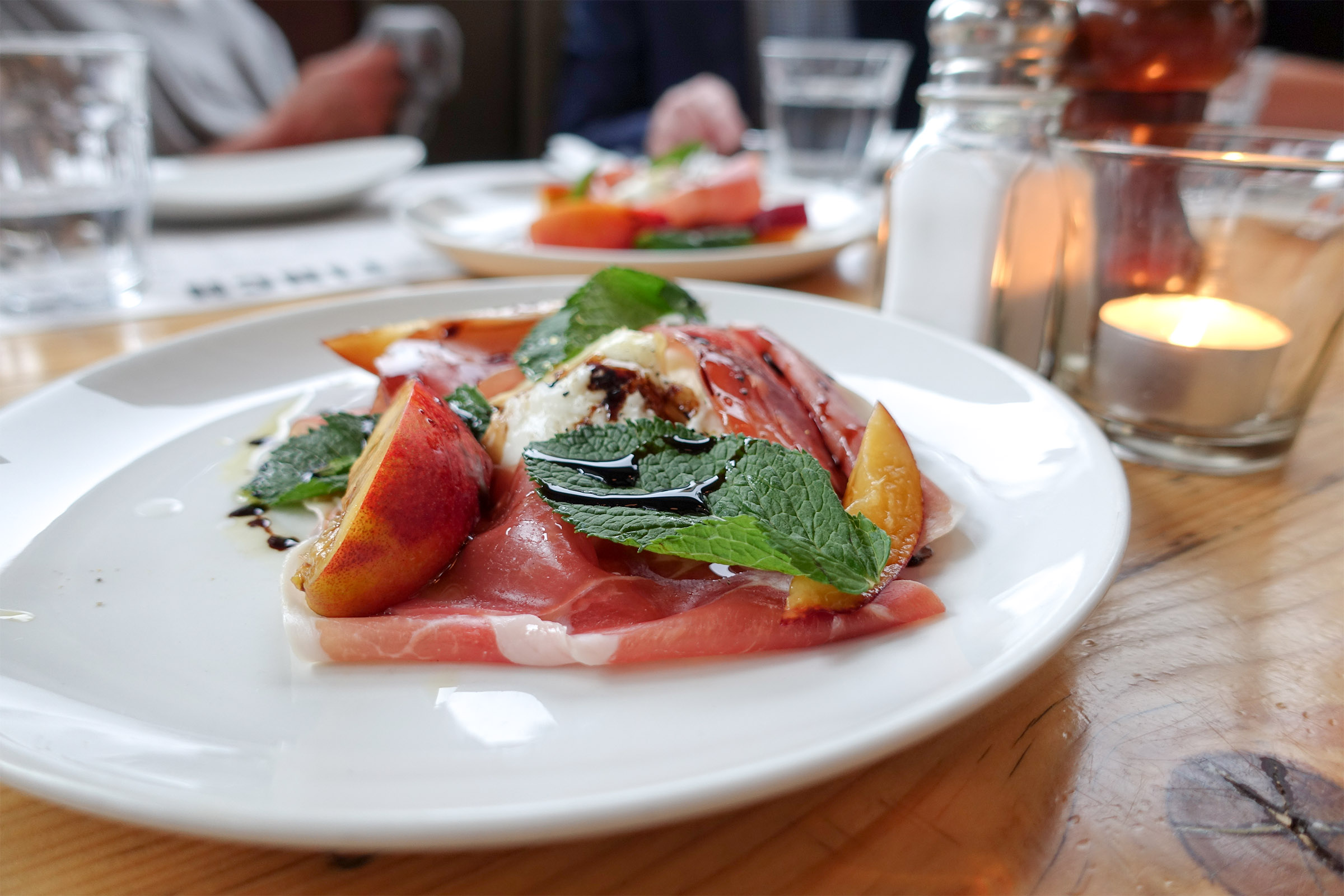 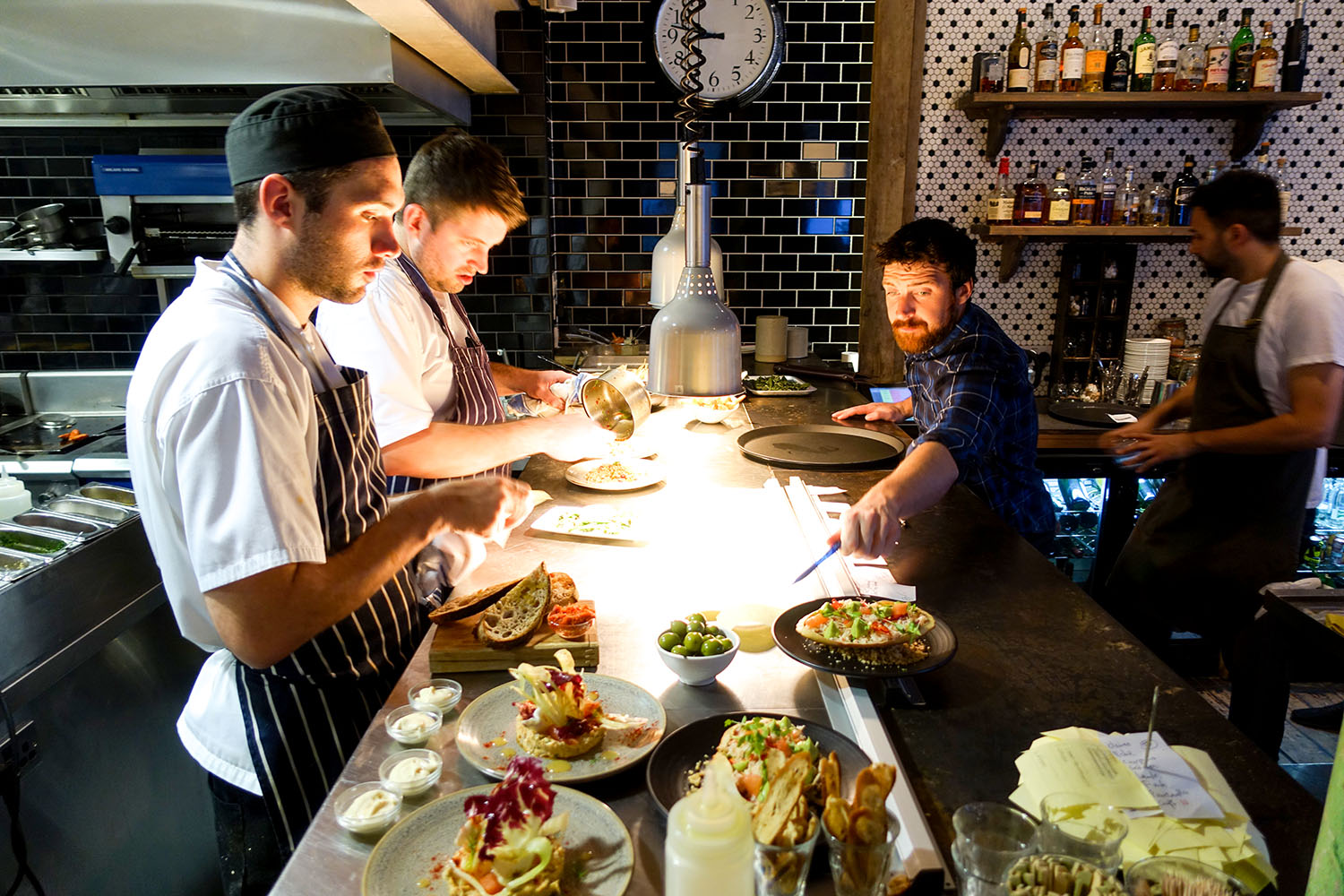 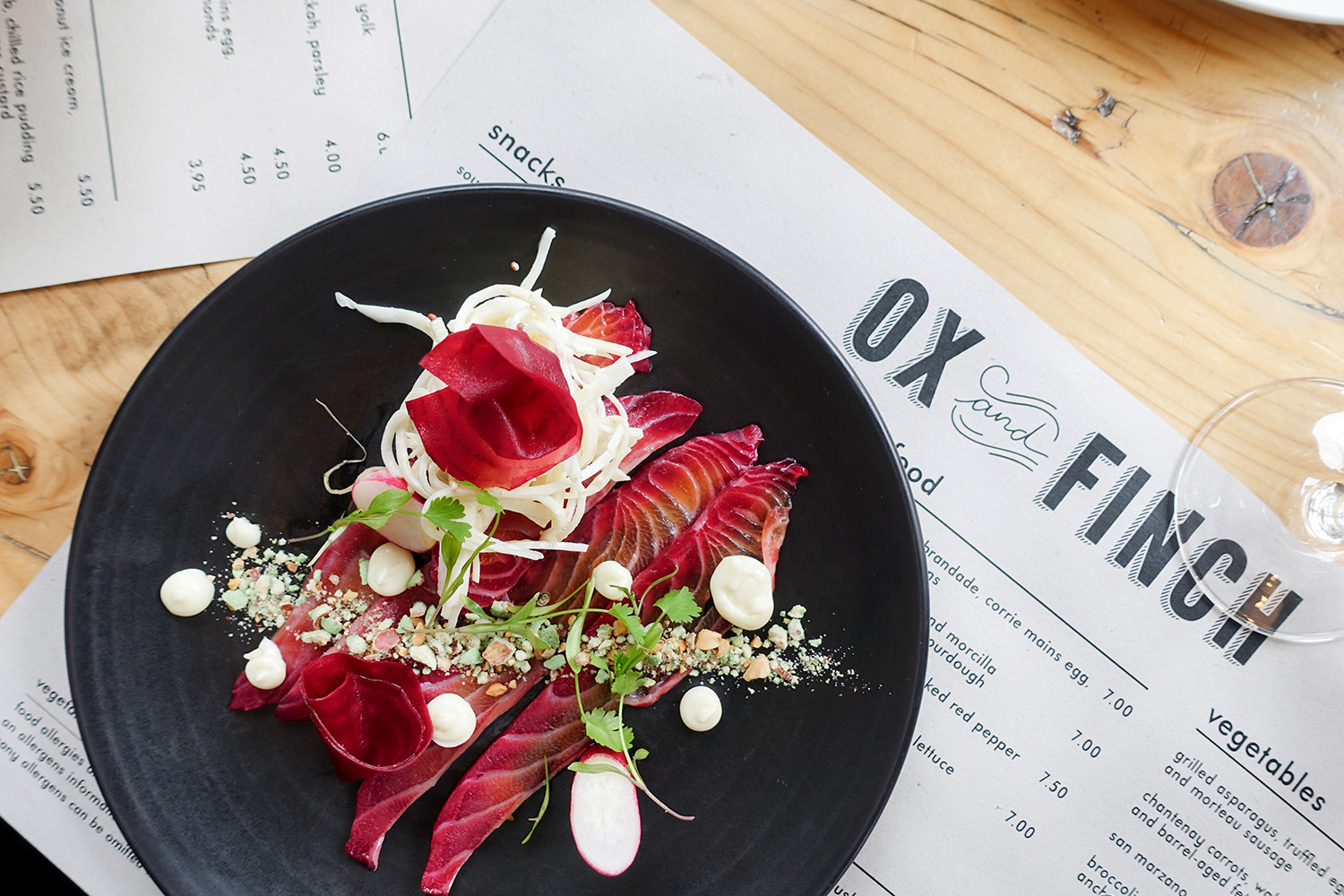 So if you happen to hear me say that the food in the UK is no good, I am now actually joking! It is excellent.