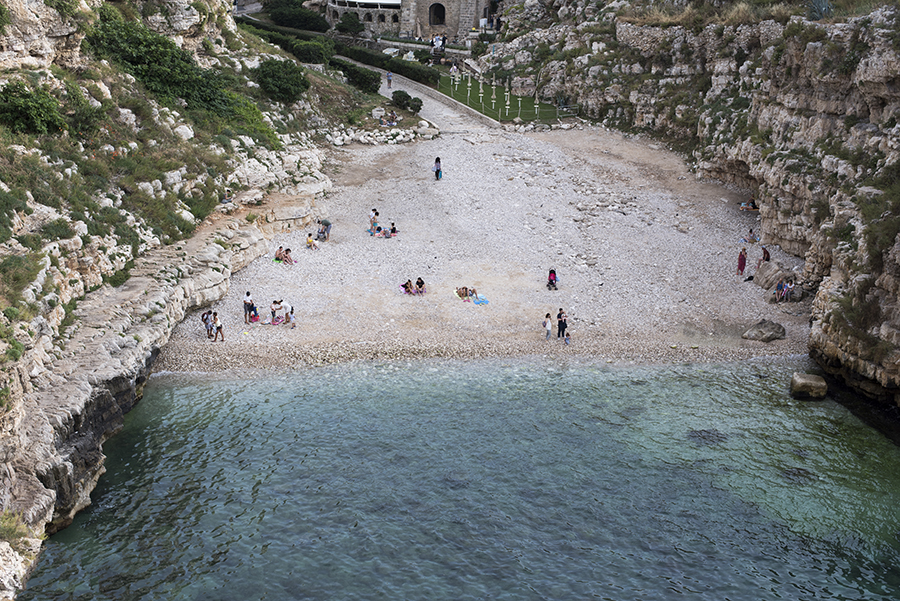 A week in Puglia

My day-long journey to Puglia in June went something like this: I caught the early morning ferry from Pula on the Istrian peninsula of Croatia, sailing over the upper reaches of the Adriatic Sea to the San Basilio ferry terminal in Venice. I then had a choice: catch an expensive water taxi to the Marco Polo airport and wait for hours for my plane to Bari, or trudge with my suitcase and camera bag along the narrow Venetian calle and numerous bridges and stop somewhere for lunch on the bee-line path that I had mapped out to the airport bus terminal. The choice was clear although moving around Venice with luggage isn’t that simple. I wanted to eat artichokes (which were in season) and asked at three different restaurants. There were ones from a jar in a salad at one place and at another the waiter told me that he could prepare some fondi (the delicious artichoke bases) for me at his house that evening. I came to the conclusion that I would not be eating artichokes today. I finally found a place that did not have photos of dishes on a laminated menu (which is one of my pet hates) and enjoyed a fortifying and more than acceptable plate of sarde in sa’or (sardines in a sour but sweet onion sauce) and a glass of the local bubbly. The bus to the airport was a breeze and in no time I was checking in my luggage to the Volotea flight to Bari. 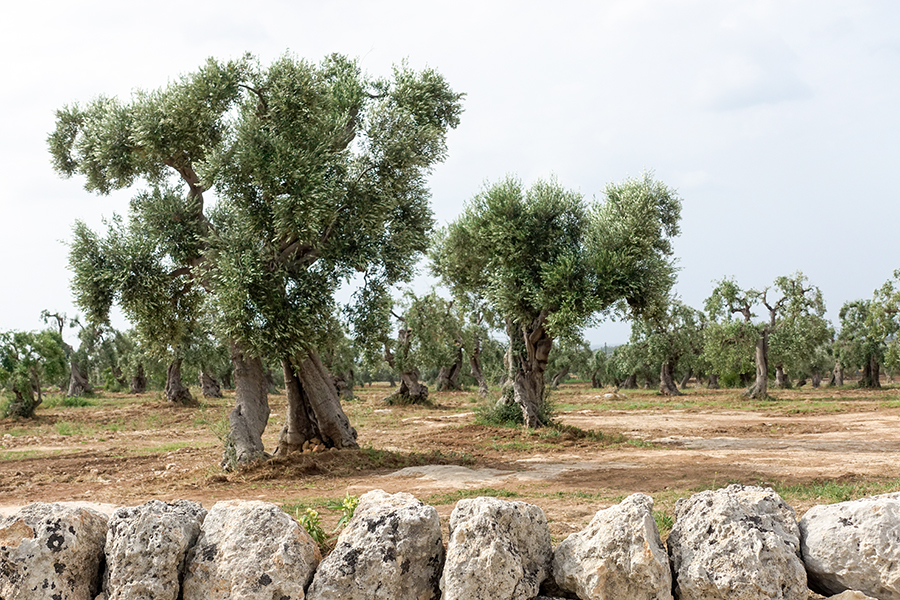 The landscape viewed from the plane between my departure and arrival cities was as different as the local dialects are; cruising over the hundreds of low-lying islands of the Venetian lagoon, before flying up through and above the clouds, and then emerging in southern Italy, above a gently undulating red landscape dotted with thousands and thousands of olive trees that looked like rows of green spots from above. I had spent a couple of weeks in Puglia researching my second cookbook Adriatico (and eating a lot – purely for research purposes you understand) in 2017 and I was looking forward to again spending a few days surrounded by that warm Pugliese culture. My main reason for visiting the south of the region this trip was to meet with Ali Pike and Antonello Losito of Southern Visions Travel, who have offices in Polignano a Mare. They had contacted me in early 2018 to ask me to run a tour with Southern Visions Travel in late April 2019. The path of the tour broadly follows where I had researched Adriatico – it seemed a dream come true. 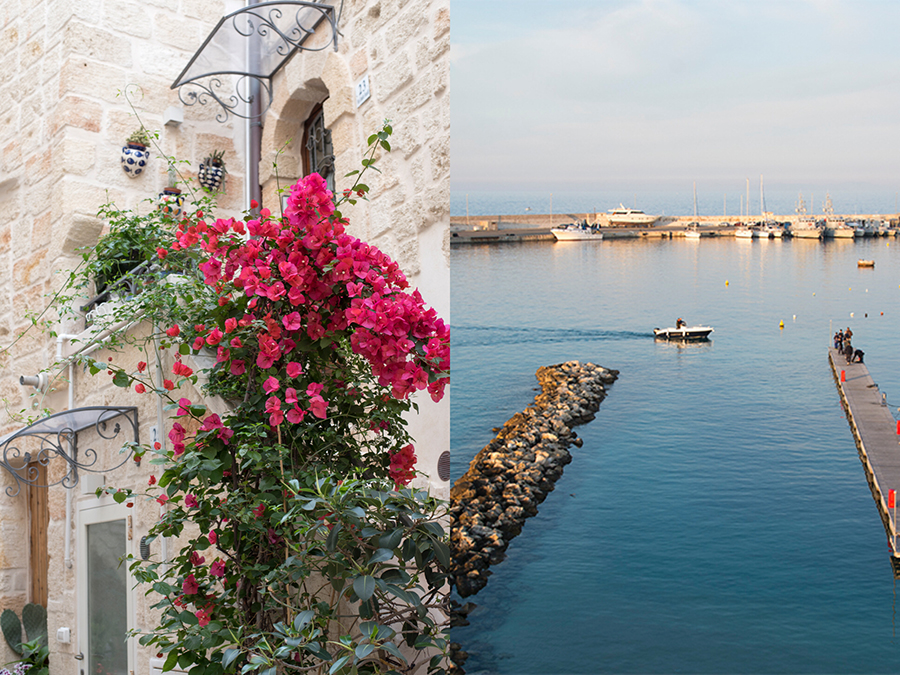 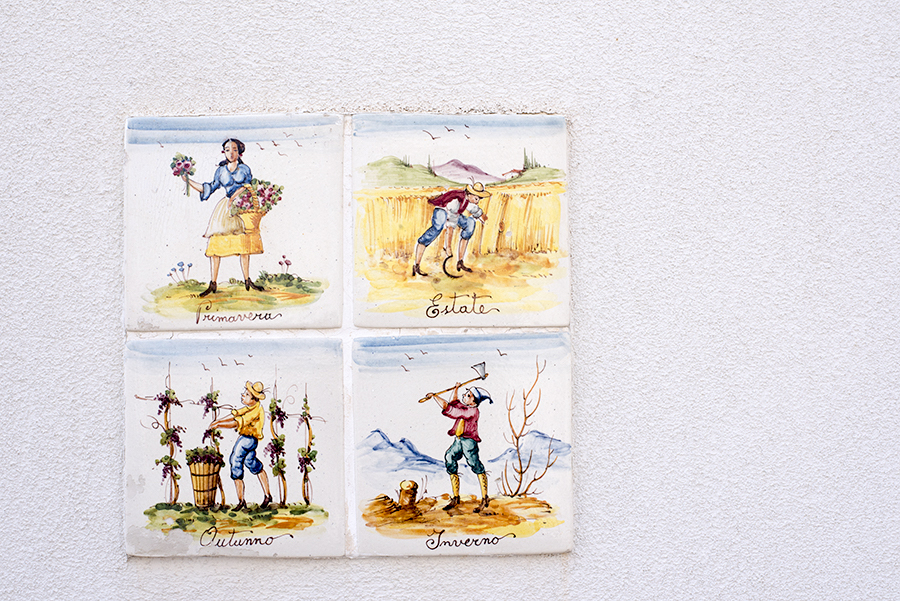 Have you been to Puglia? As my friend Franks says, Puglia ruins you, because nothing will ever quite compete with it. It is a long narrow region, forming the heel of the boot shaped-peninsula of Italy. The most southern part is referred to as the Salento. It is the least industrialised part of Puglia; its olive oil is its gold. The land is dotted with masserie, which historically are best described as fortified properties in a country setting, able to sustain and protect a family and its workers from brigands and pirates. There are many that have been lovingly restored and turned into residences or accommodation and many others that are abandoned (how I wish I could afford to buy one and restore it!).

We will be staying in two different masserie for the six nights of the tour. I visited both of them when I was there in June: 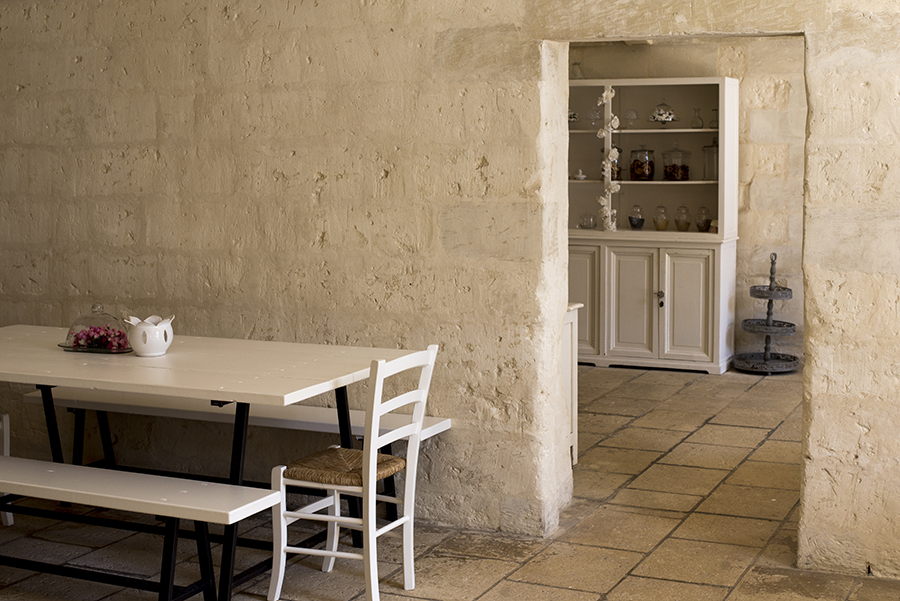 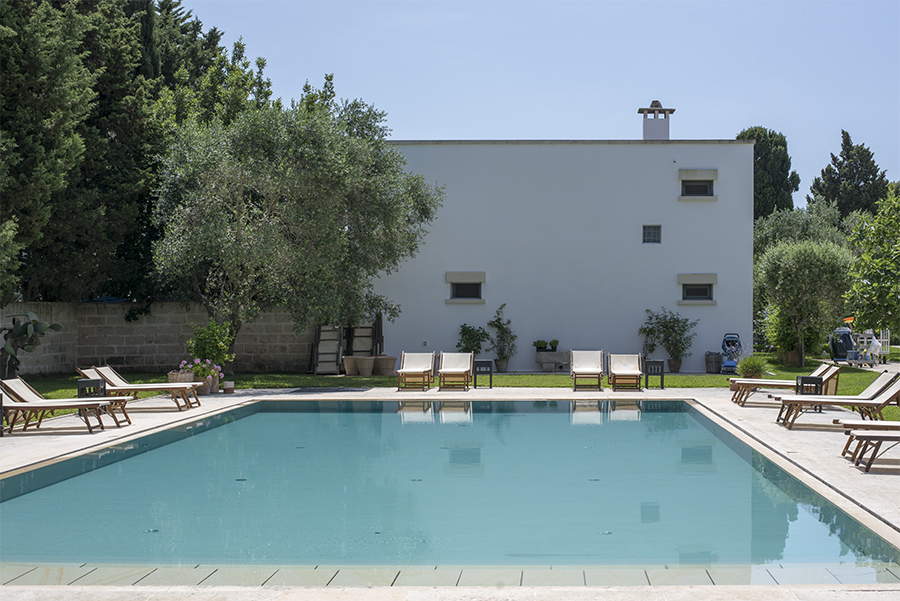 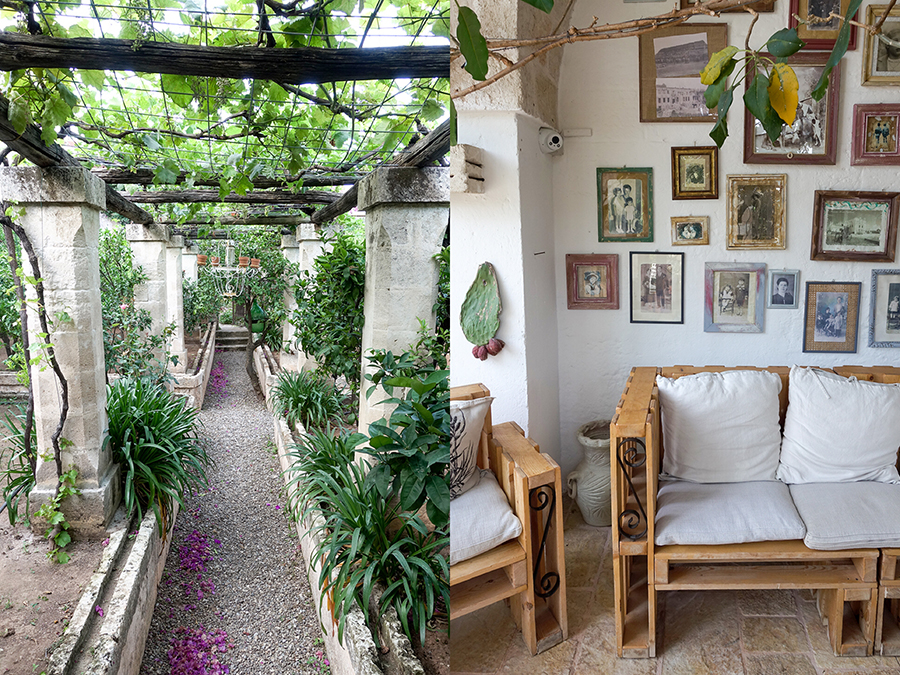 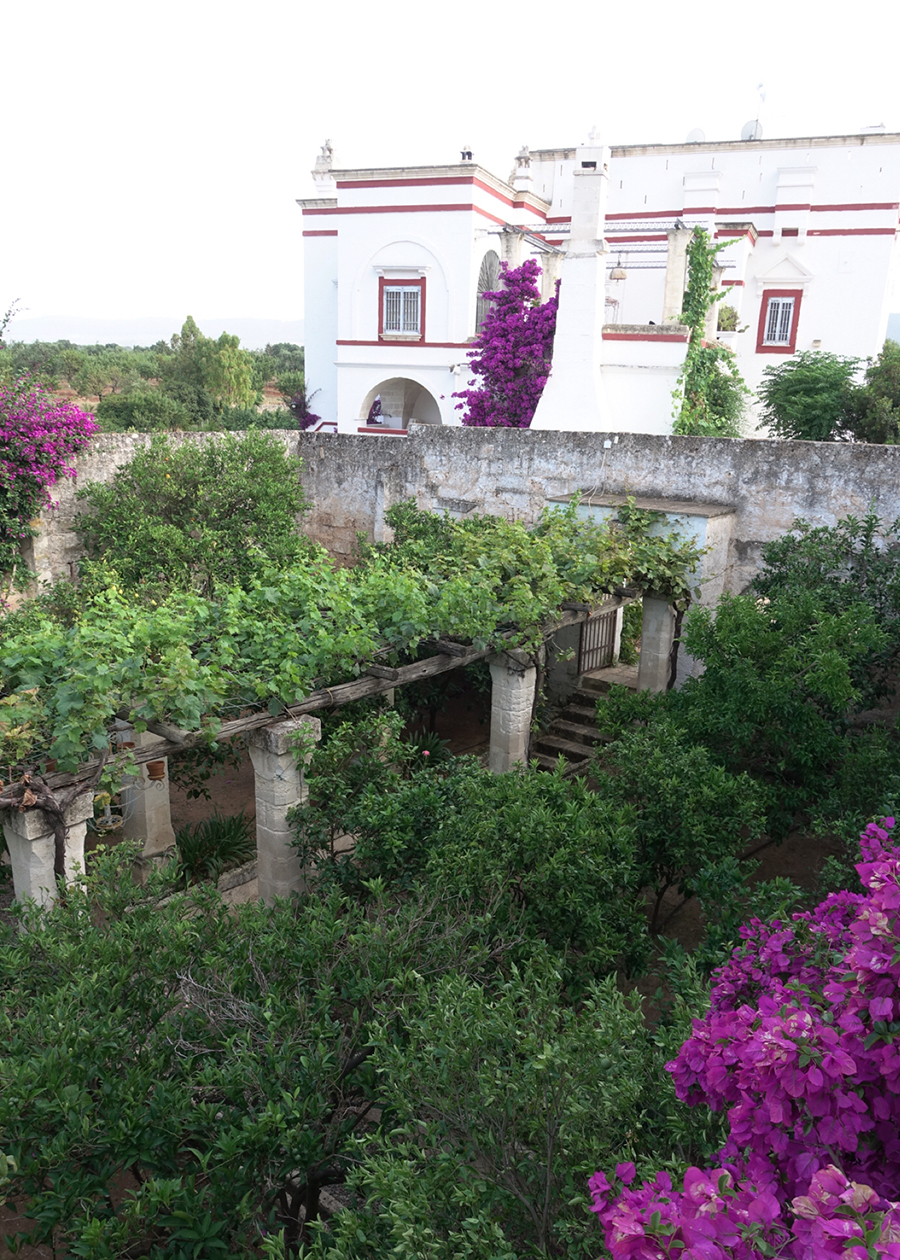 The tour activities have been curated by Antonello, a Monopoli local, and Ali, who is British but fell in love with southern Puglia and moved there ten years ago. The producers and artisans we will be spending time with during the tour have been hand-picked for their authenticity, knowledge and love of Puglia. They will offer tour participants a complete immersion in the activity; an unforgettable experience of culinary traditions, the people and their stories from the southern part of the region. I was fortunate enough to meet a few of those who will be sharing their passions with us during the tour.

Antonello took me to Monopoli to meet Leonardo, whose family (including his grandfather) runs an octopus fishing business that is run traditionally. Small sea-blue boats called gozzi will take us to the grottos near Polignano a Mare, where in the late afternoon, we will watch lines being dropped to catch octopus that hide under the rocks along this coast. 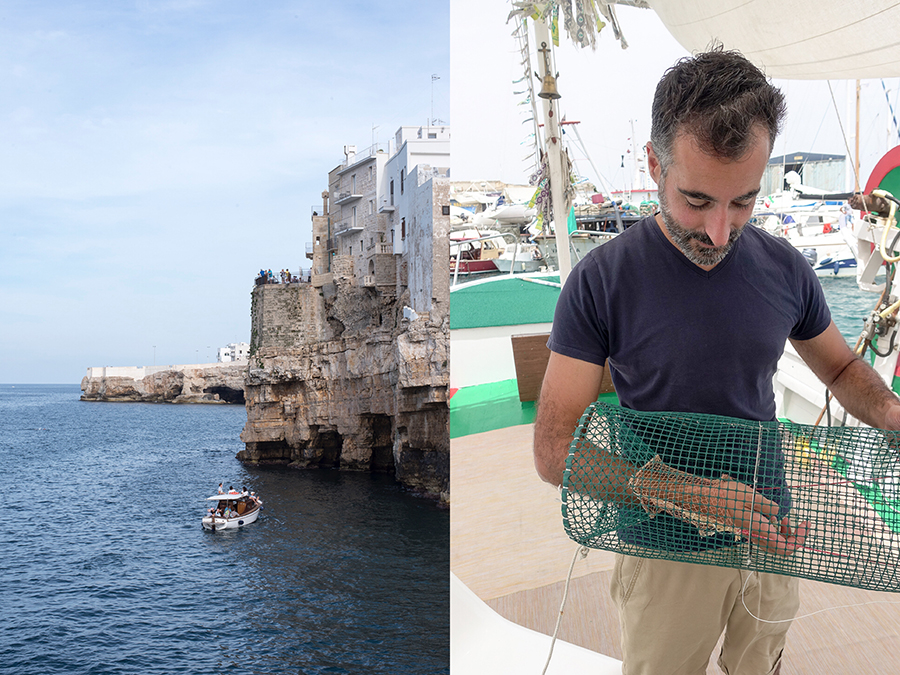 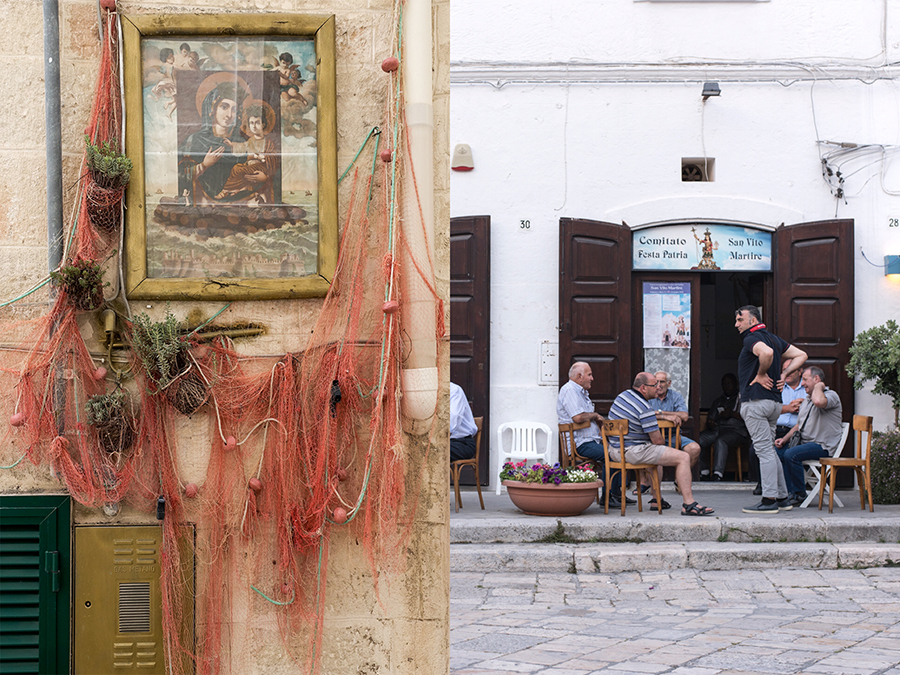 Together with Ali I went to a masseria just inland from Monopoli and met Corrado. The masseria where he lives has been in his family for seven generations and it produces olive oil. Many of the huge twisting olive trees on the property date back to Roman times, but what it truly unique about this masseria is the underground olive press. As I walked through the dimly lit limestone cave, where workers and their animals once lived for days on end, sightless of the sun, there are stone presses that pre-date Roman times as well as the later Roman and medieval presses. We will be exploring the underground presses, learning about how olive oil is made and then tasting the local golden olive oil.

I also met Giuliano, who owns Masseria Montenapoleone. He is a passionate proponent of organic foods at chilometro zero (zero kilometres – meaning foods that are grown, processed and eaten at the same place). The property grows most of the foods that are used to feed guests in the restaurant including a native soft wheat that is used to make flour. Giuliano will be running a cooking lesson in which we will mill the grain to make flour and then make pasta from it. And there is nothing quite like eating pasta you have made yourself made from freshly milled flour from wheat grown a stone’s throw away. 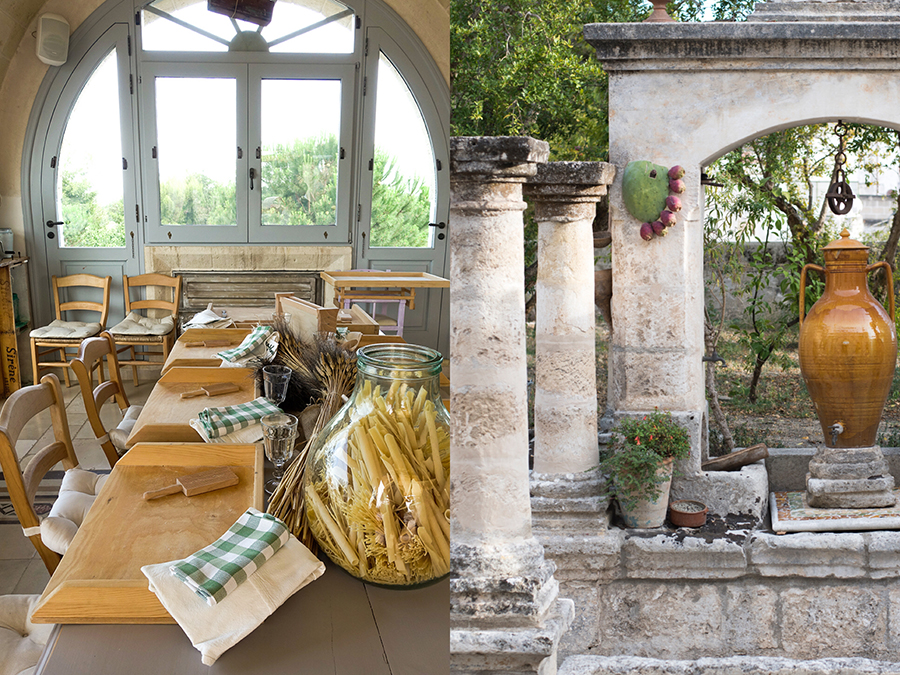 There are many other incredible activities during this special 6-night tour (as well as down time to enjoy our beautiful surroundings): visits to Otranto, and Santa Maria di Leuca, a winery lunch, a visit to a cheese-making farm, a walk through the town of Lecce in search of the best traditional street food, an evening in the town of Ostuni, a cooking lesson with nonna Grazia in a castle, a dinner at a seafood restaurant near Polignano a Mare. It will be amazing!! 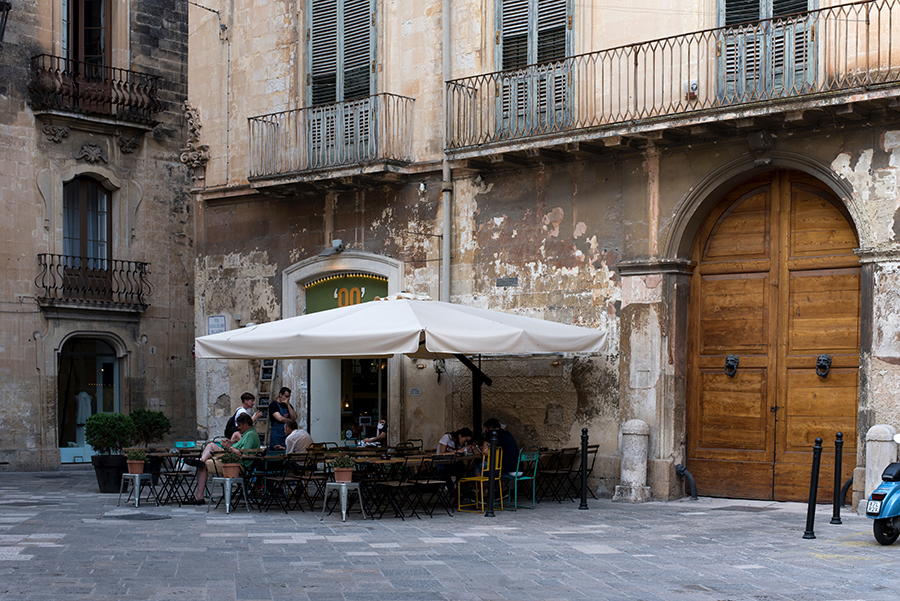 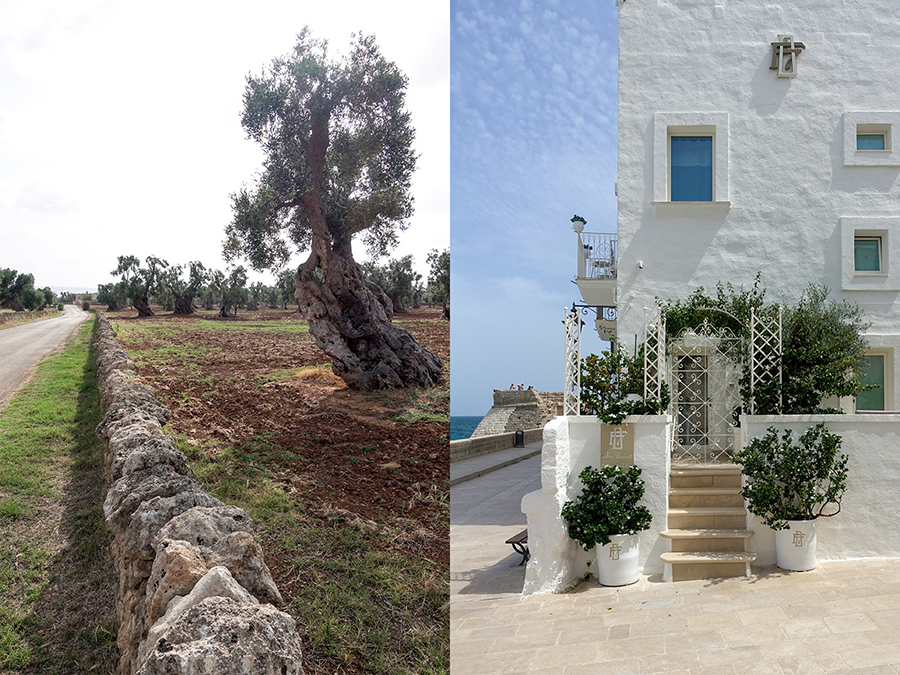 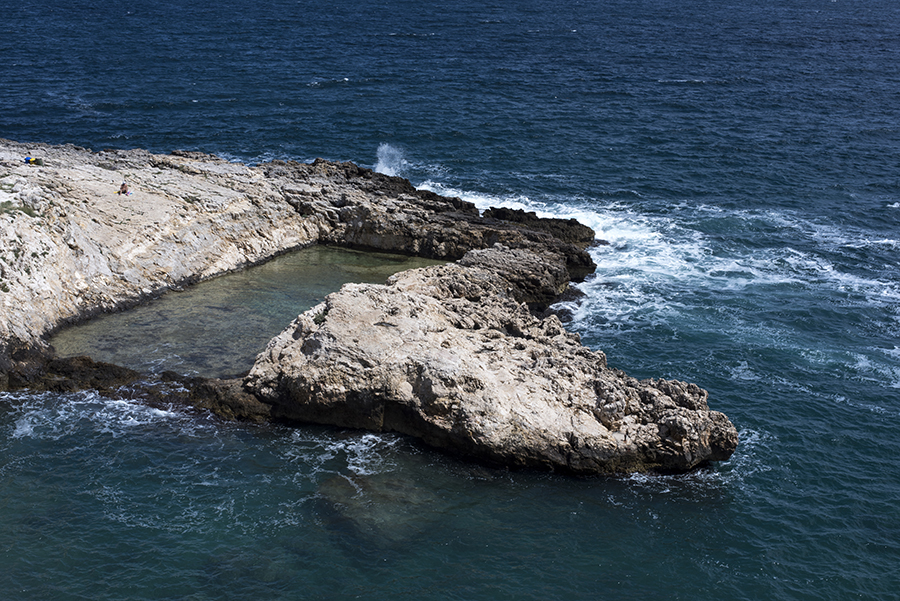 If this sounds like your kind of trip, please have a look at my Puglia Tour page which has more details about the tour including the full itinerary; or else the Southern Visions Travel page on culinary tours. I would love you to join me on this incredible experience of southern Puglia.

And while we are on the subject of southern Puglia and to get you in the mood, I wanted to share a recipe with you from my first cookbook Italian Street Food (published by Smith Street Books, 2016). These are Rustici Leccesi, delicious savoury pastries (a bit like a vol-eu-vent with a lid) which you will find in the town of Lecce. They are filled with mozzarella, tomato and a béchamel sauce. Make sure you use a good quality store-bought puff pastry. And hopefully these will get you in the mood for a tour of southern Puglia. 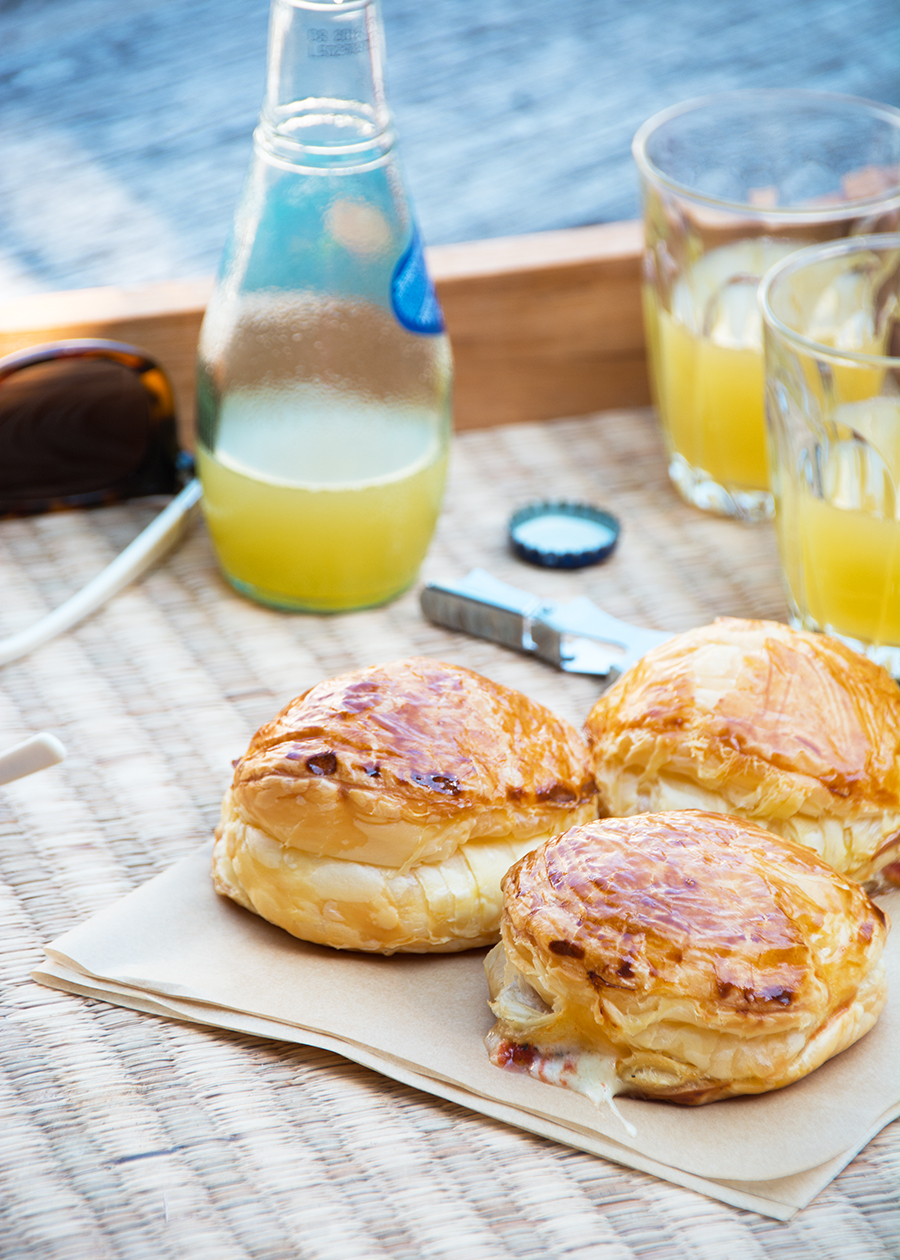 To prepare the beshamel sauce, melt the butter with the flour in a small saucepan on low heat, stirring the whole time. Then pour in the milk slowly, stirring continuously, not adding more until the first addition is incorporated. Once you have added all the milk, keep stirring for a few minutes until the mixture thickens. Remove from the heat, add a good pinch of salt and a pinch of nutmeg. Now add the mozzarella and stir until it has melted. Transfer to a small bowl to cool.

Place the chopped tomatoes in a colander over a small bowl to drain off all the juices, pressing down hard as you want the tomatoes to be as dry as possible. Add the olive oil and salt and pepper to taste. Set aside.

Roll out the puff pastry to a thickness of about 3mm. Using two cooking cutters, cut six circles of 8cm diameter and six circles of 10 cm diameter. The smaller circle will form the base of the rustico and the larger circle will form the lid. You might need to collect all the pastry scraps and roll them out again to make the correct number of circles. Place the smaller circles onto a baking tray lined with baking paper.

Place a mound of the cooled cheesy beshamel (about 2 tsps) on one of the smaller circles, making sure you leave a border of 1 cm. Now place a mound of chopped tomatoes (a bit under 2 tsps) on top of that. Dip a small brush (or your finger) in the egg and run it around the edge of the circle. Now place the larger circle of pastry on top and push it onto the base with your fingers making sure the two circles are well joined. Brush the top of the rustico with egg. Repeat until you have used up all the circles of pastry.

Place your prepared rustici in the fridge for at least 45 – 60 minutes. This will firm up the buttery pastry.

Bake at 200C in a preheated oven for 20 minutes. The rustici will be puffed up and golden. Allow to cool 5 – 10 minutes before eating. Serve rustici on their own as a snack or as a substantial appetizer.