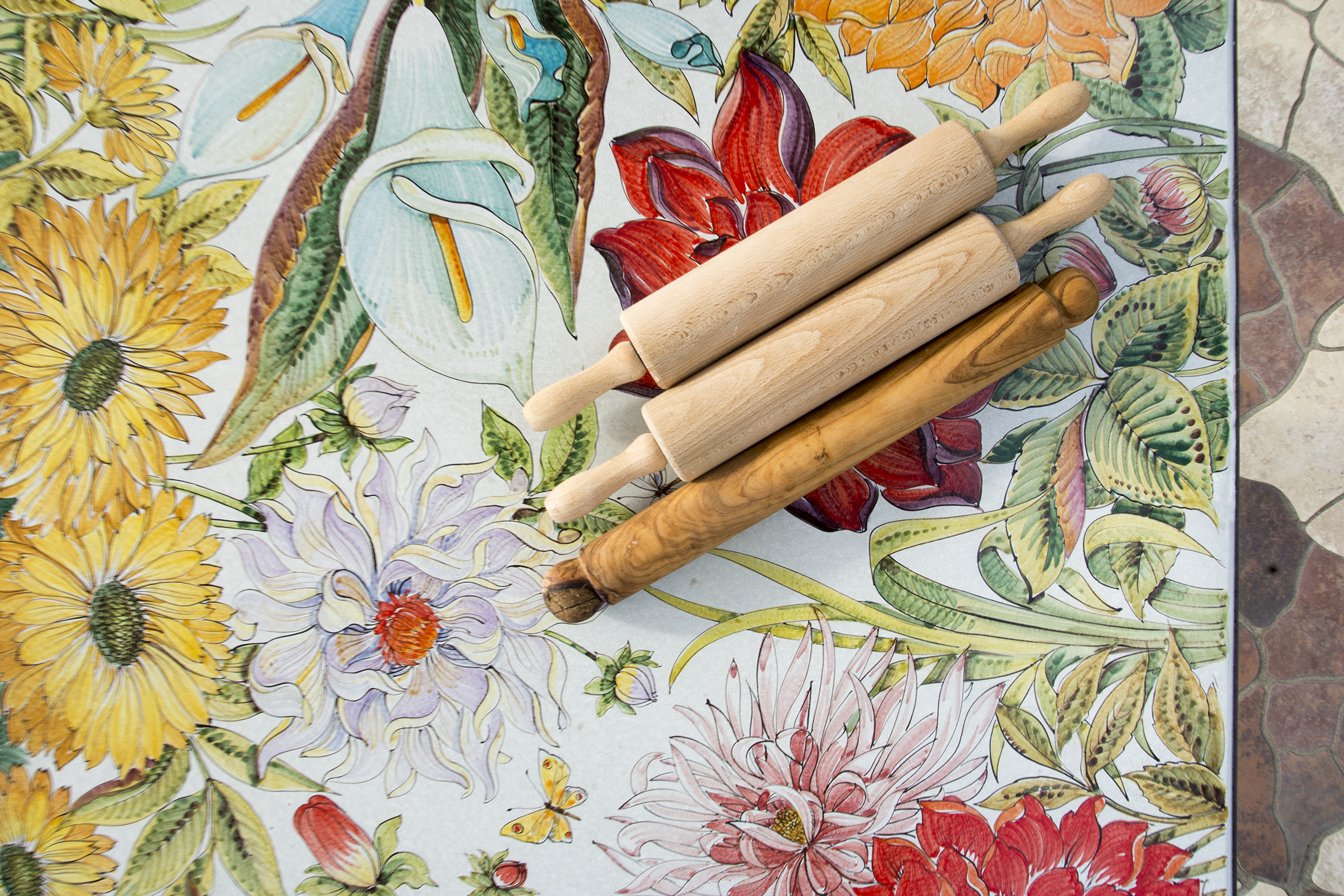 I fell in love with Capri when I was there in 2010 with Mark for a day. The white-washed buildings, the terracotta pots of magenta flowers, the narrow lanes, the spectacular views of the Bay of Naples and Amalfi coast and the endless beaches struck a chord with me; we talked about returning and “living there”. You know the dreams you have when you are in a beautiful place that you do not want to leave. 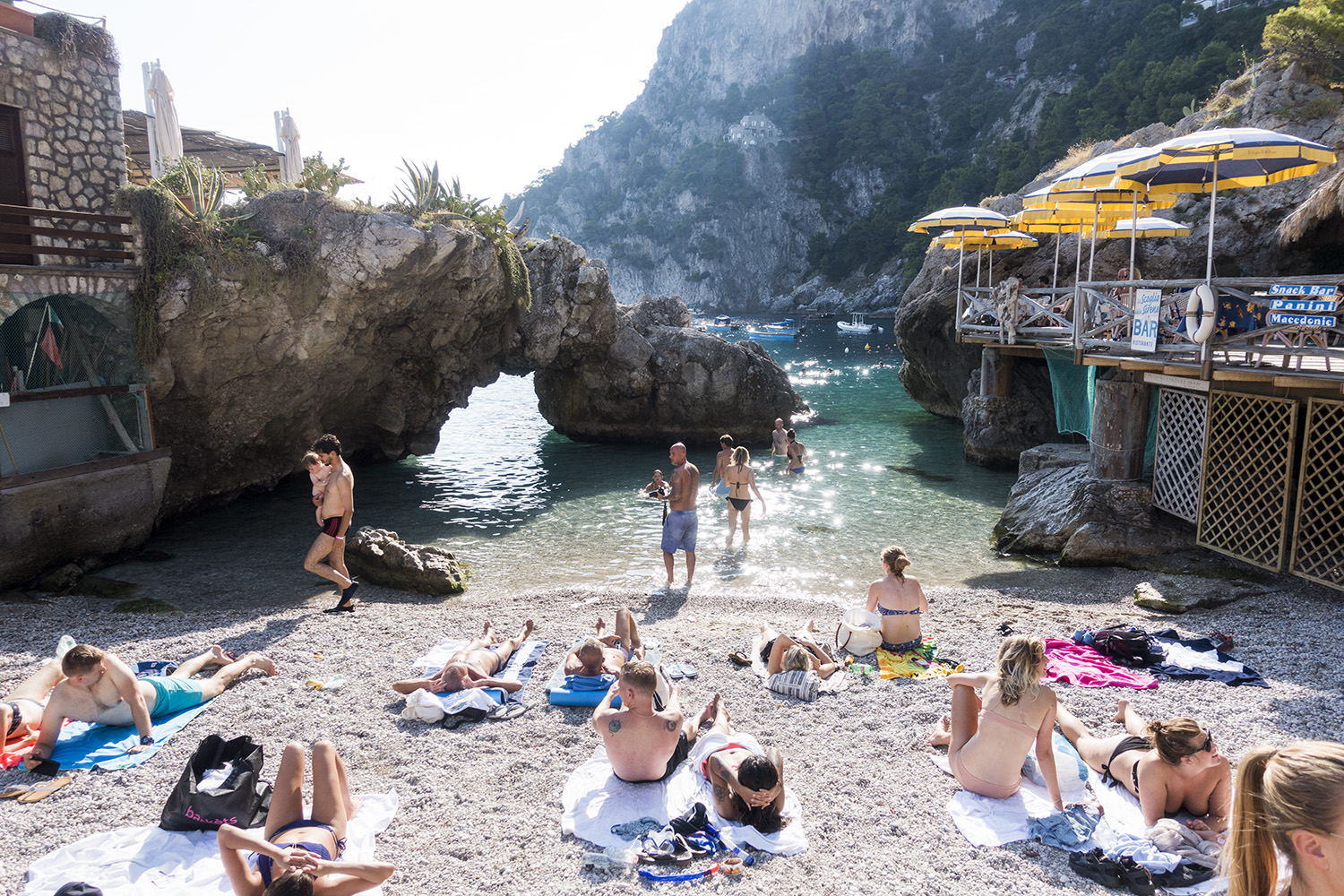 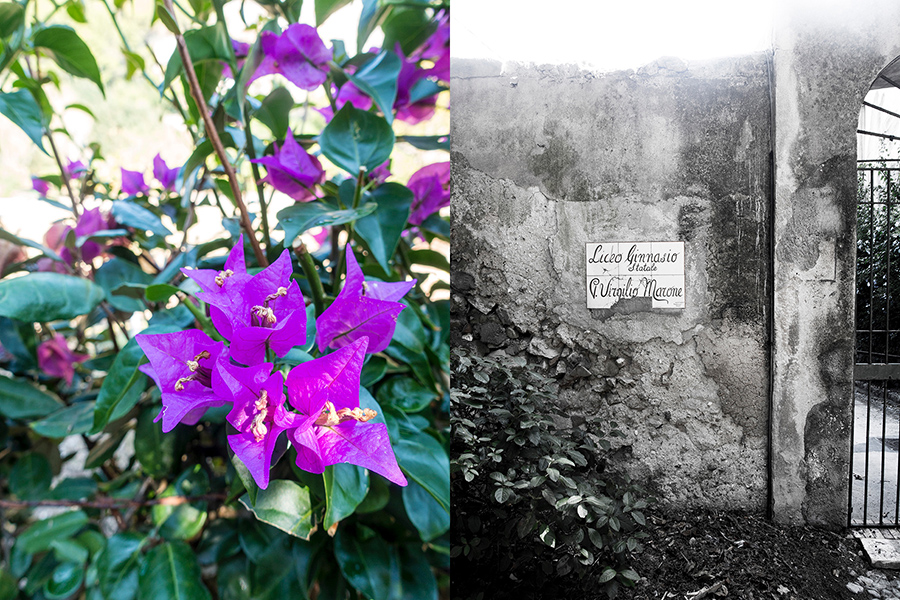 My friend Holly had a similar experience of wanting to remain, but it was entirely different from mine. She fell in love with Gianluca – chef, restaurant-owner, 4th generation Caprese and all-round nice guy.  Hers is a fairy-tale of love, family, weddings in two continents, babies, island life and food. I won’t steal her thunder and let her tell her own tale (as there is a book being planned), but I was fortunate enough to meet Sydney-born lawyer Holly and her husband Gianluca in Australia, when they attended one of my cooking classes in Chewton, in country Victoria. 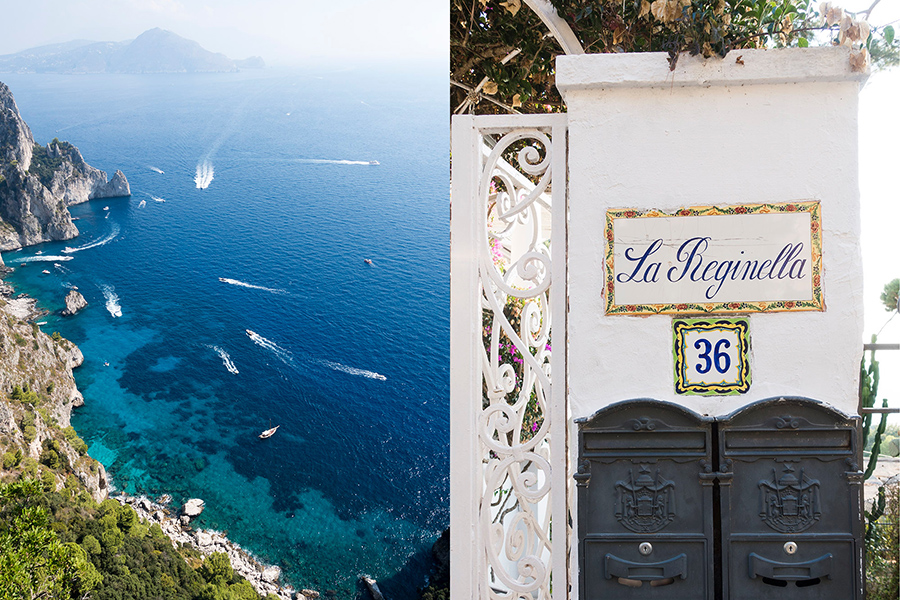 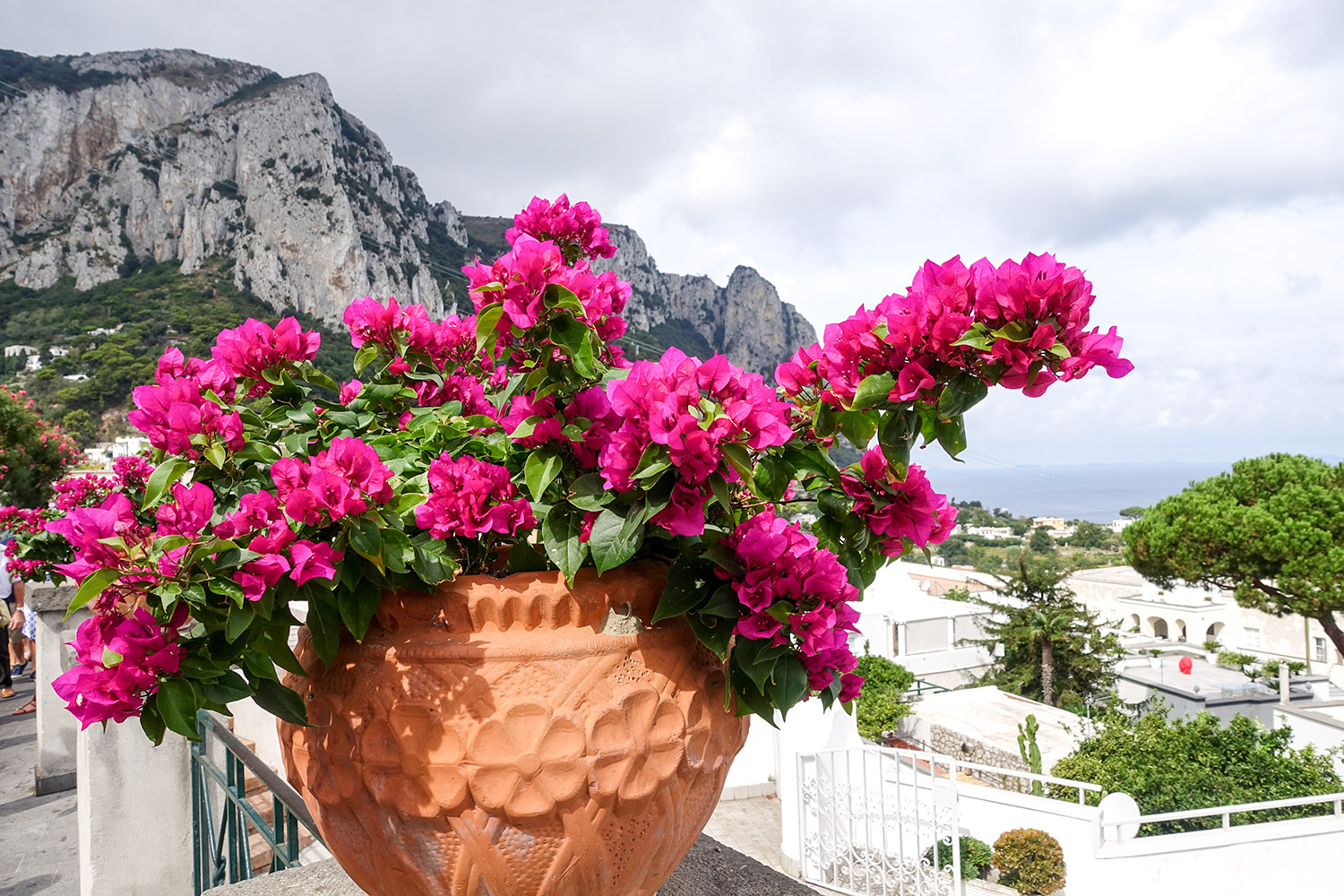 Holly asked me to come to Capri to take photos for the book plus run a “take-over” cooking class from their restaurant, which is called Michel’Angelo after Gianluca’s father. So I “lived” on Capri for 12 glorious and busy end-of-summer days in September, staying at the small but very pretty Hotel La Reginella, a steep climb from the township of Capri up “heartbreak hill” (my name for the road as many people needed a short rest half-way up). The hotel had a terrace that looked out onto the water, over treetops and gardens. Every morning on the terrace, as Alex served me my breakfast cappuccino, I would pinch myself, hardly believing my luck at being there, doing the things I love most in the world: cooking and taking photos. 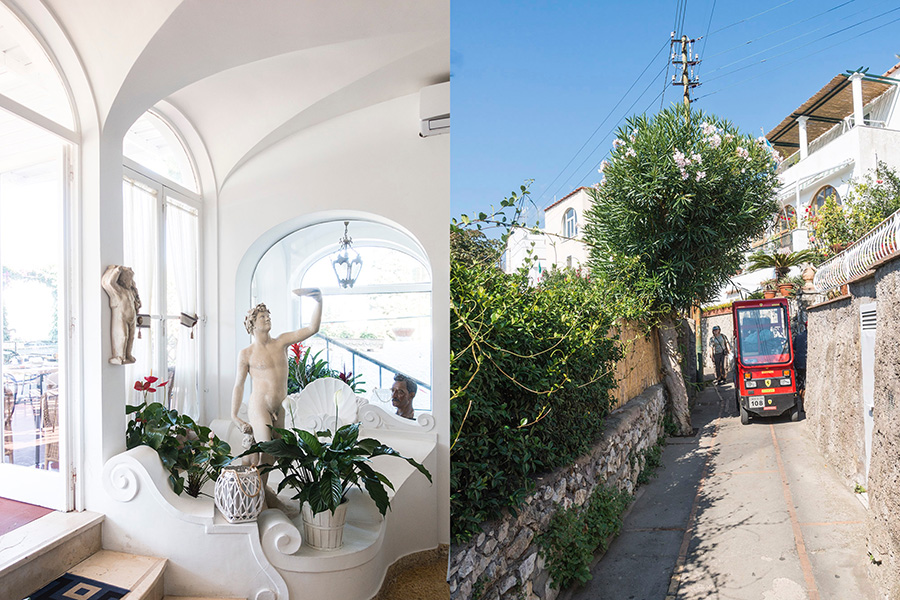 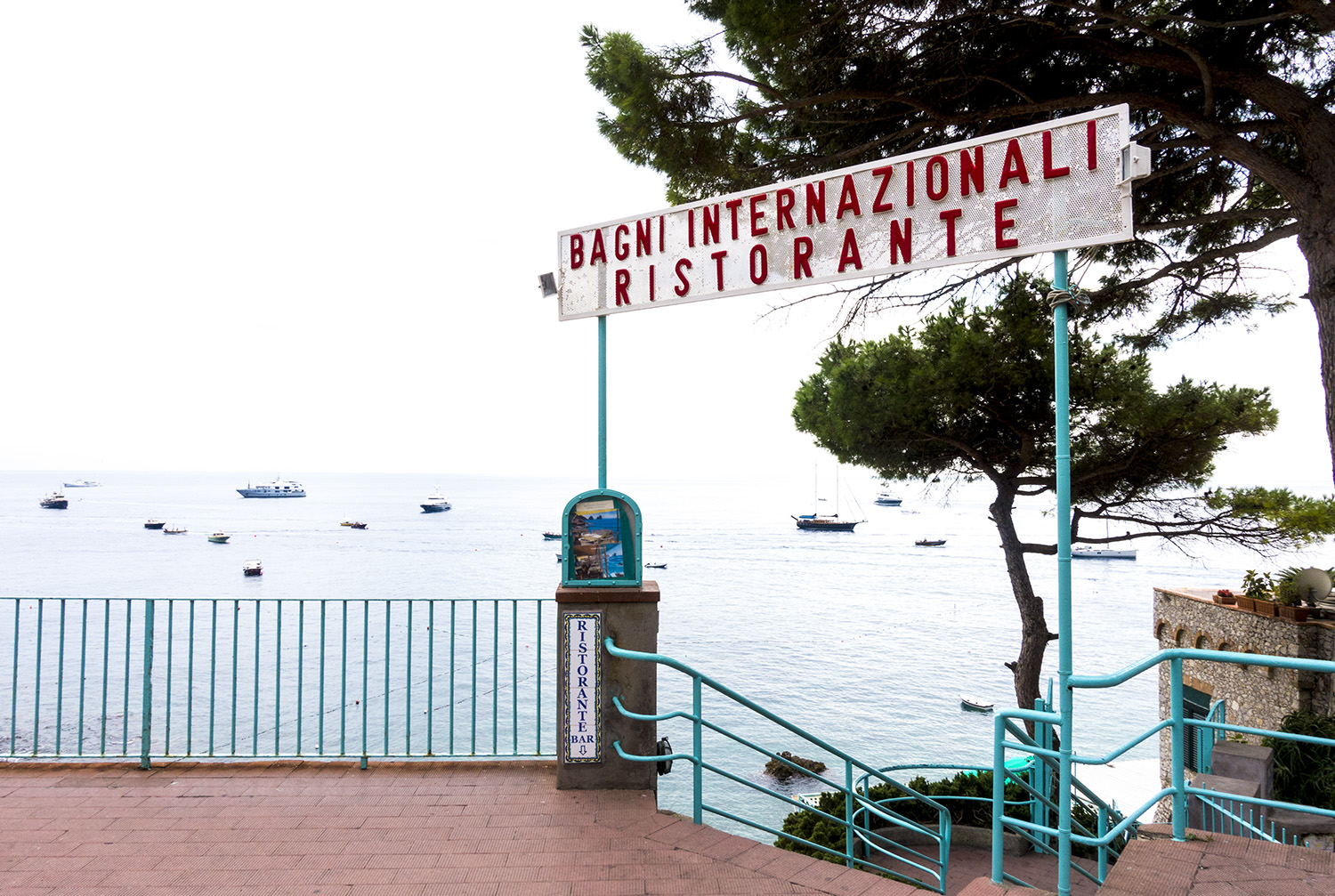 Holly had a super-busy schedule planned for every day that I was there – I am sure she had it on a spreadsheet (I love an organised gal!). It included restaurant meals, trips on boats, cooking classes, meals cooked in a tiny Caprese kitchen (belonging to Gianluca’s mamma) and days on the beach. Lucky there are SLR cameras as I took thousands of photos that I edited every night in my hotel room at La Reginella. Holly arranged for her good friend Gillian to be there for some of it, including for the cooking class I ran with Gianluca in the outdoor kitchen at Villa Carolina. Many of the locals do not even know about this magnificent Mediterranean style villa, located on the green hill of Tiberio and with sweeping views of the Bay of Naples. The history of the house is very interesting – it was owned by the Rizzoli family (as in Rizzoli books) and when the house was sold to the current owners, they left behind a library of first edition books. 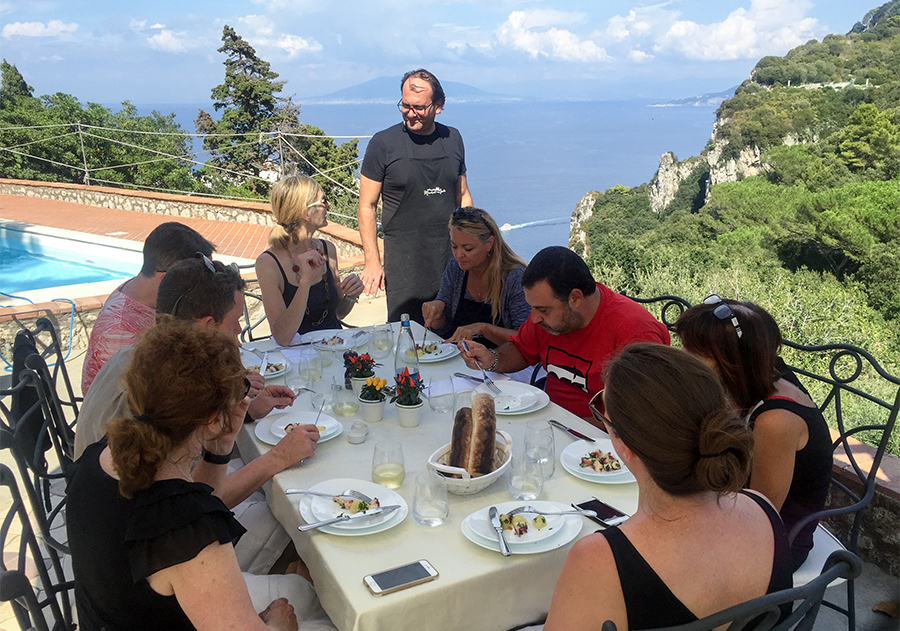 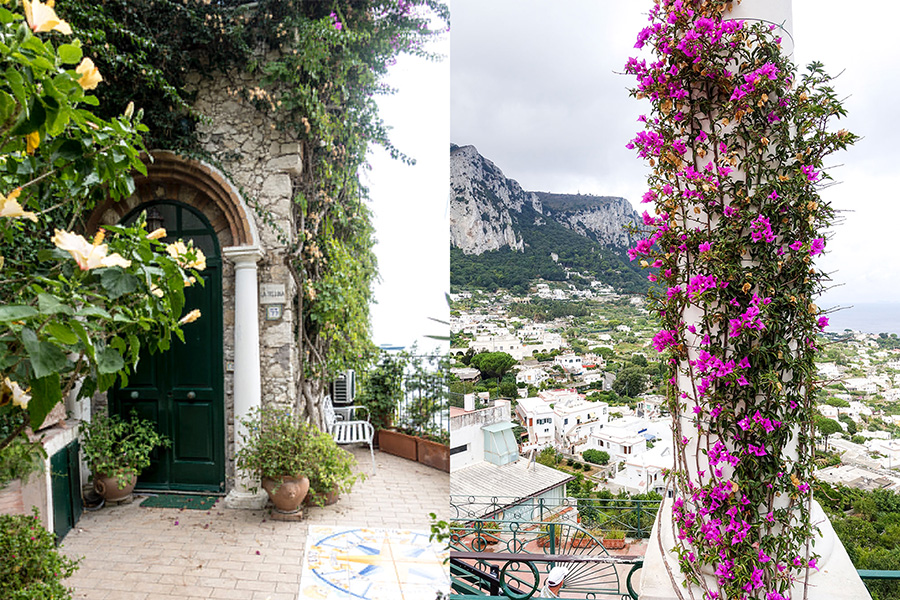 I spent a total of twelve amazing (and late) nights on the island. Dinner in Capri is after 9pm and when there were concerts at la Certosa (a Carthusian monastery from the 14th century), and the performers wanted a meal, it was a midnight dinner. The atmosphere and contrasts of Capri are sometimes quite surreal but always beautiful: Valentino-spotting in the piazzetta, Aperol spritzes for aperitivo, tour-groups milling around their guides in via Roma during the day, visits to beach-clubs and luxury boats, high-end white-washed wall shops with the latest fashion from Milan and Paris, as well as locals trying to live their regular lives, nonne with grand-children, tiny delivery carts carrying groceries to family homes, teenagers on their way to school. 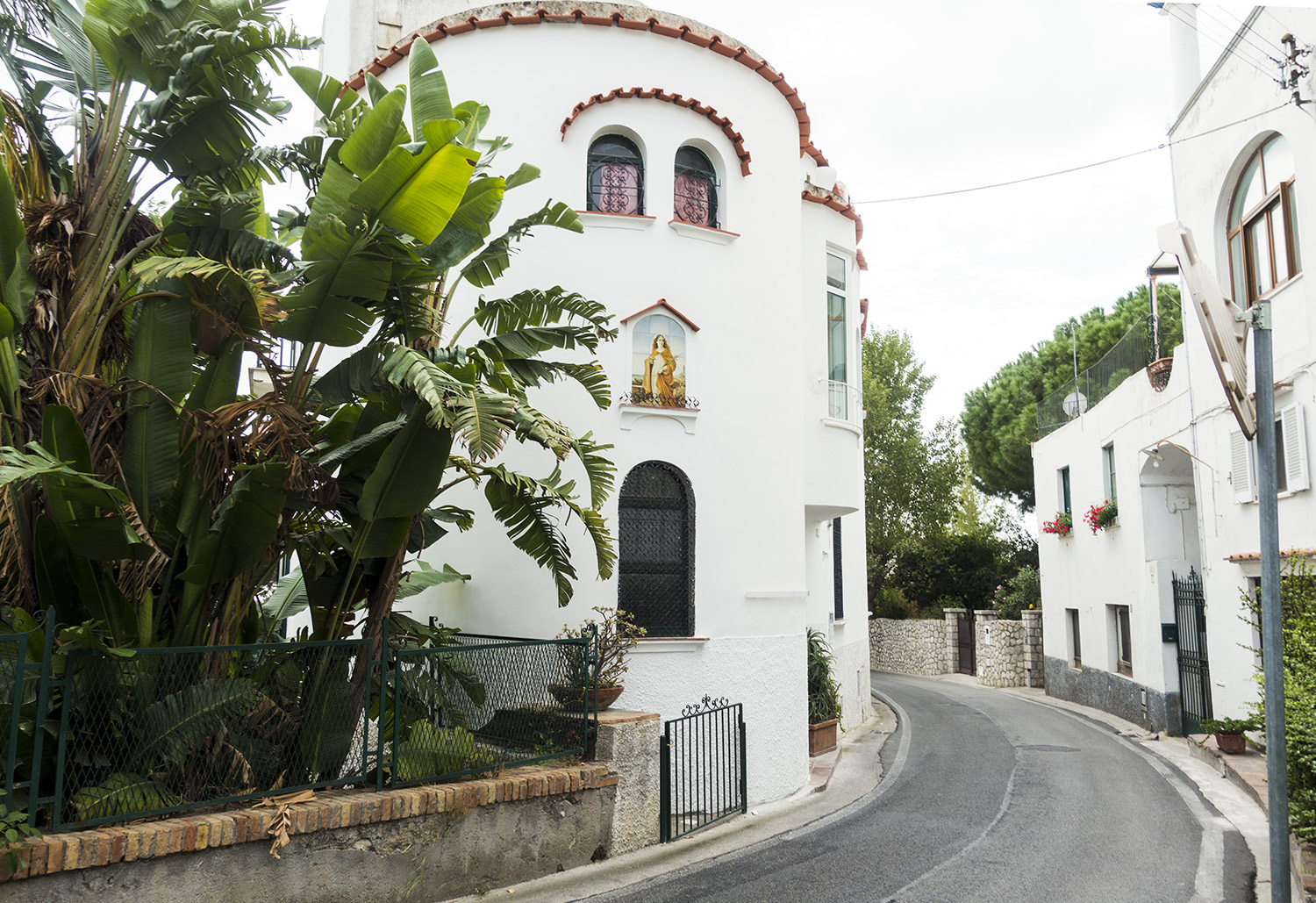 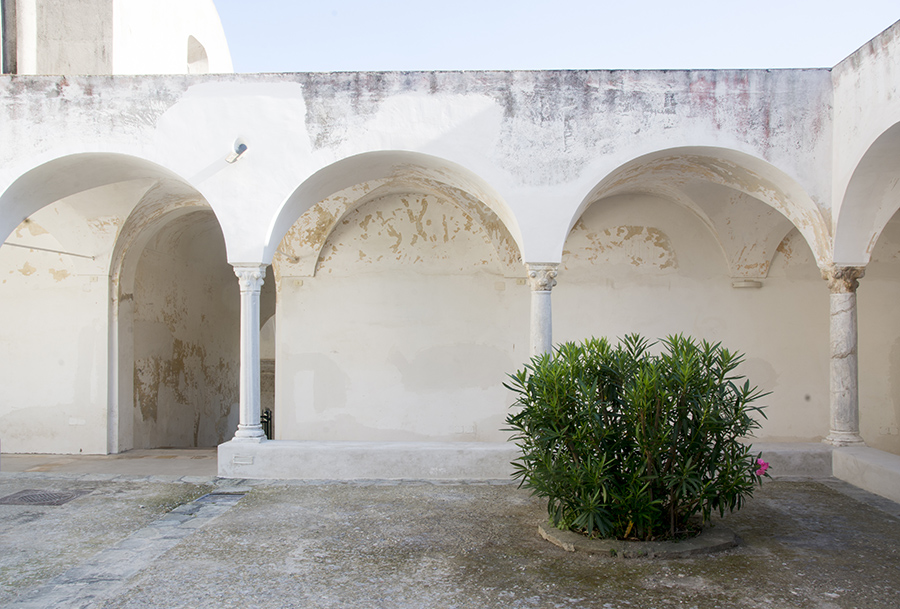 When my 12 days came to an end, I couldn’t believe how quickly time had flown. I was sad but completely ready for my next adventure – a week in Sicily. I am so grateful to Holly and Gianluca for the incredible opportunity they gave me to “live” in this very special part of the world and briefly share their lives. And of course the daily meals in the restaurant (I ate the freshest seafood every day).

If you plan on visiting Capri (and everyone should at least once if not twice), be sure to go to Ristorante Michel’Angelo, have a meal and a cooking class with Gianluca. 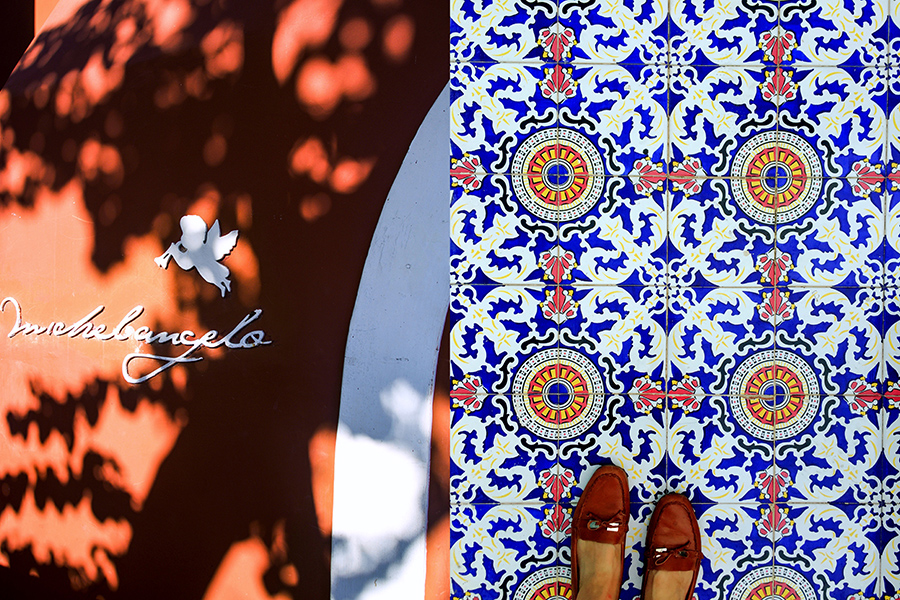 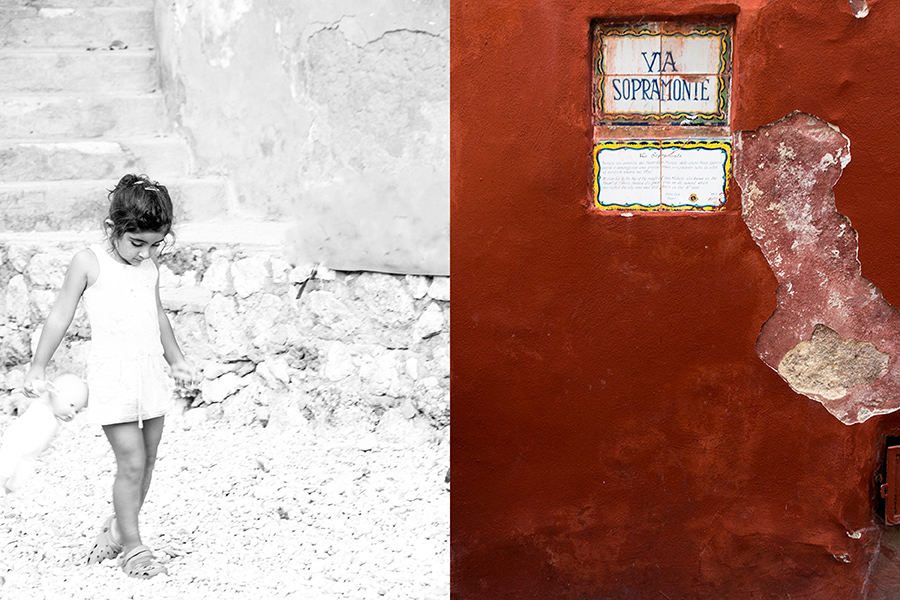 And thanks to Holly for the photo of the lunch on the terrace at Villa Carolina.