Umbria – the green heart of Italy There is something enchanting about Umbria. We spent four days in a beautiful apartment in the town of Spoleto, right on the medieval town walls, looking out over an old convent. The clouds bathed the hills in a foggy mist most of the time making it seem like the magical set of a movie about the Middle Ages 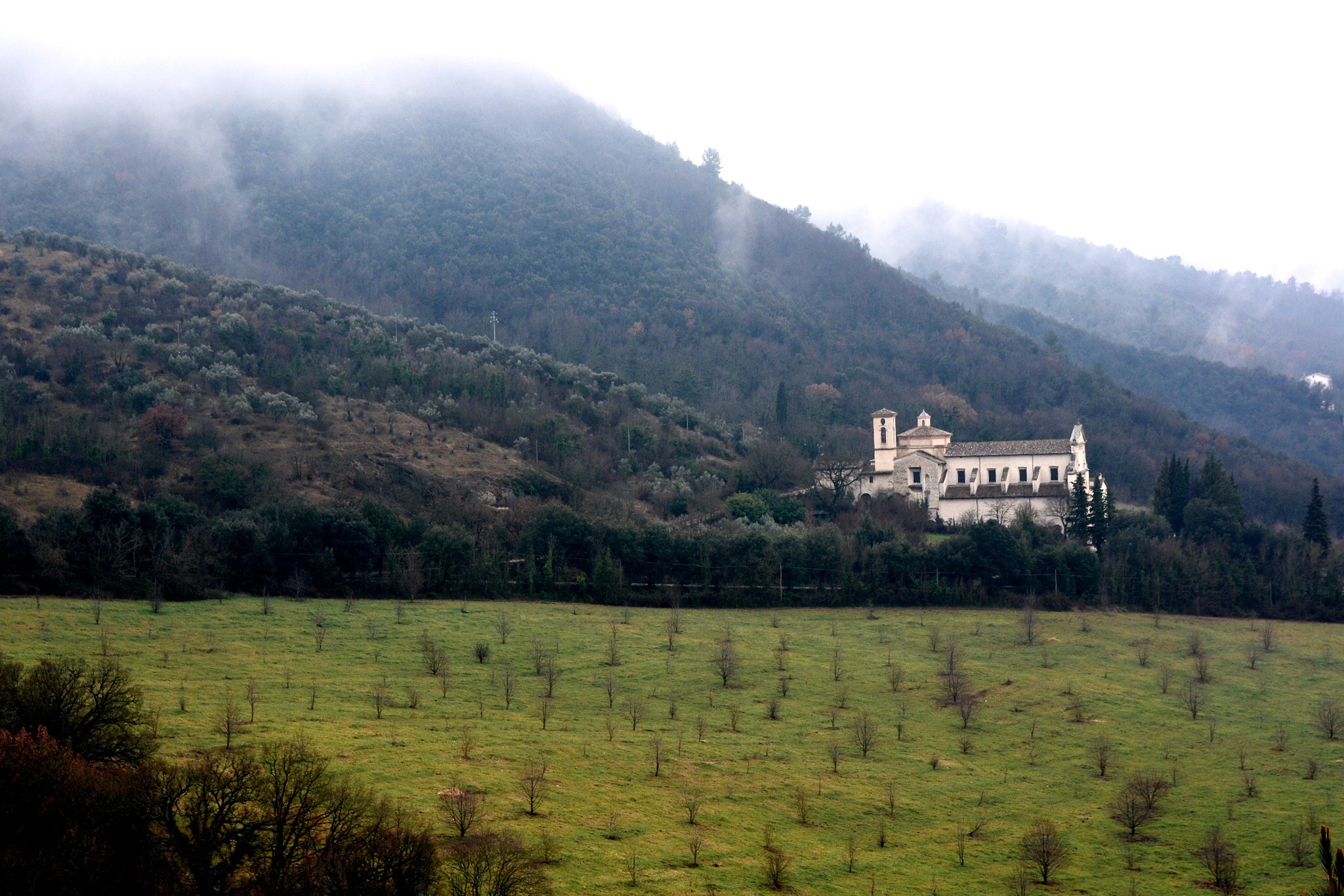 The number of tiny fortress towns that dot the hilltops and overlook lush green valleys are nothing less than extraordinary. Umbria is the heart of Italy – quite literally, as it is the only region that does not border the sea or another country. Spring was just beginning while we were there, with a couple of buds emerging in spite of the cold and somewhat wet weather. 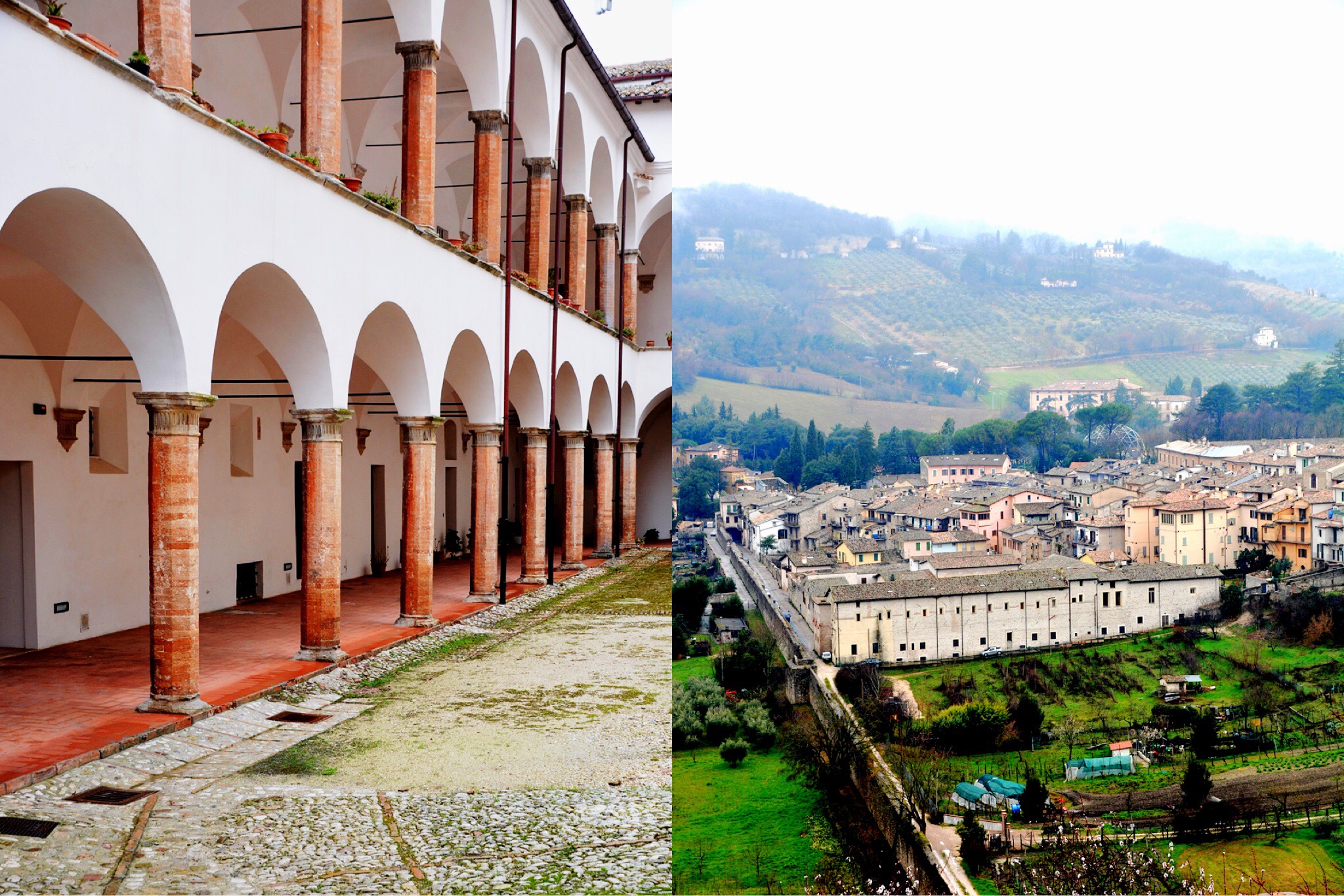 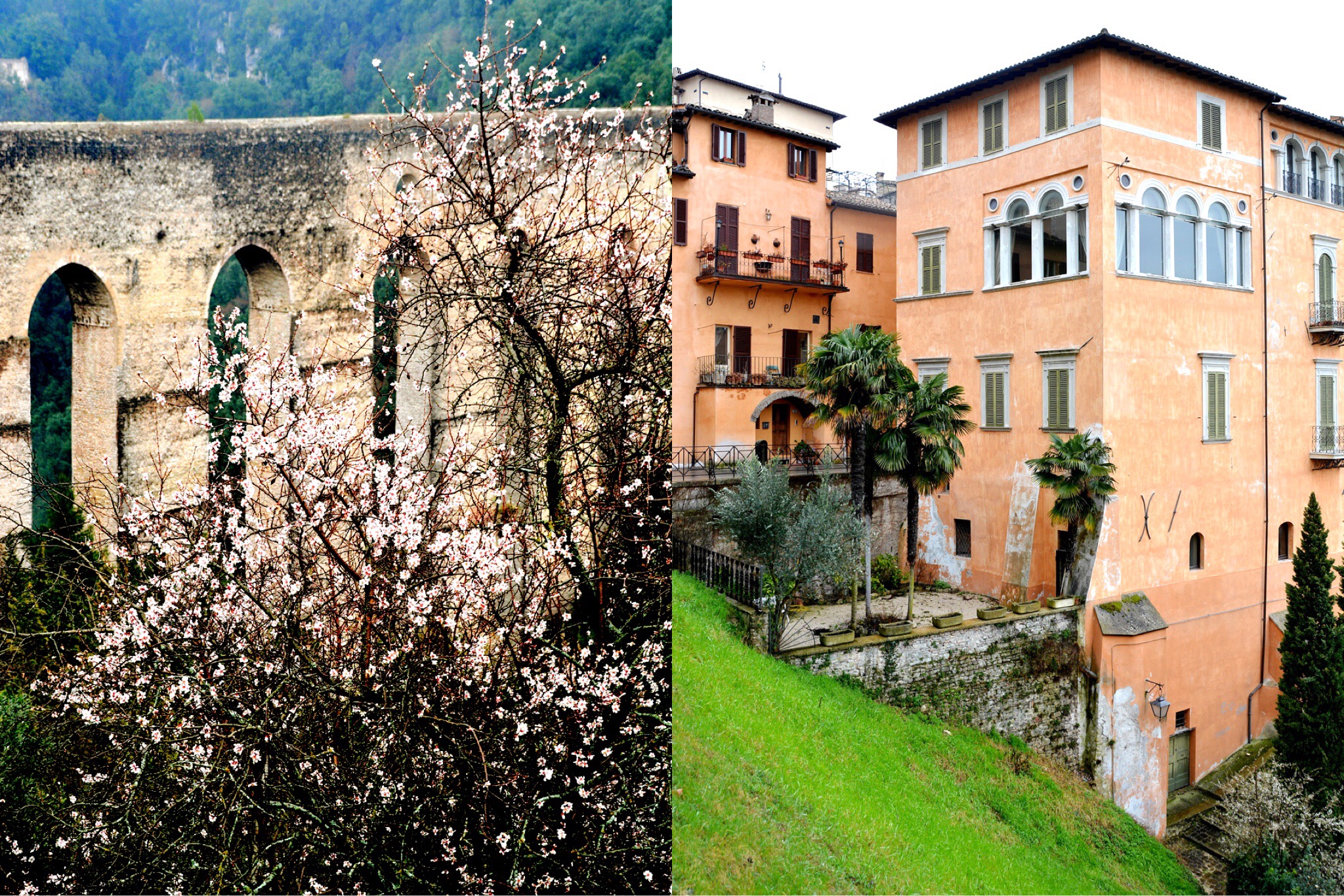 We spent several days exploring Spoleto. Highlights included crossing the ponte delle torri, a narrow 13th century bridge with ten arches that crosses a deep valley (90m) to carry water to the town and seeing the beautiful Duomo with frescoes by Filippo Lippi (Italian RAI were filming the inside for a tv show whilst we were there). 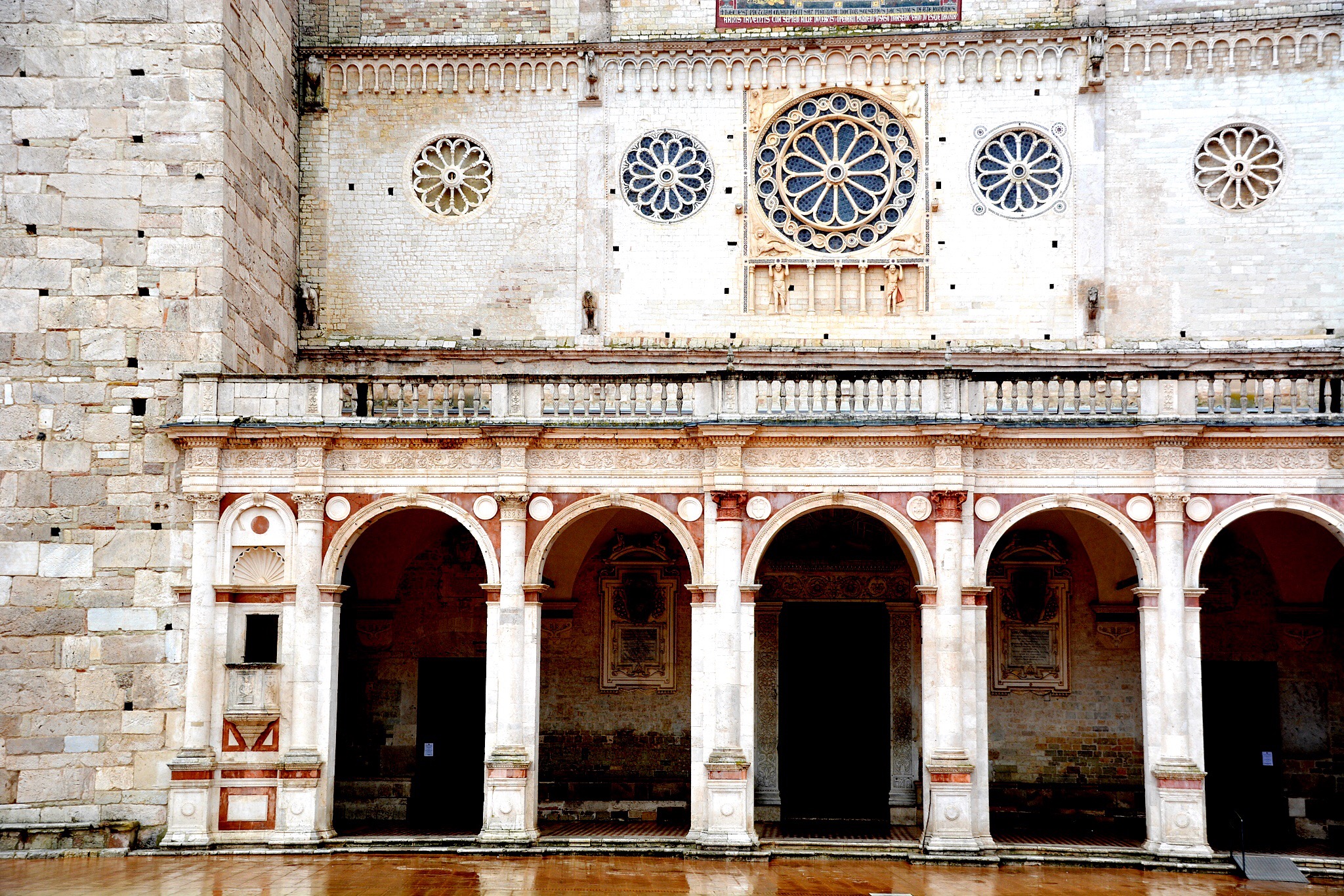 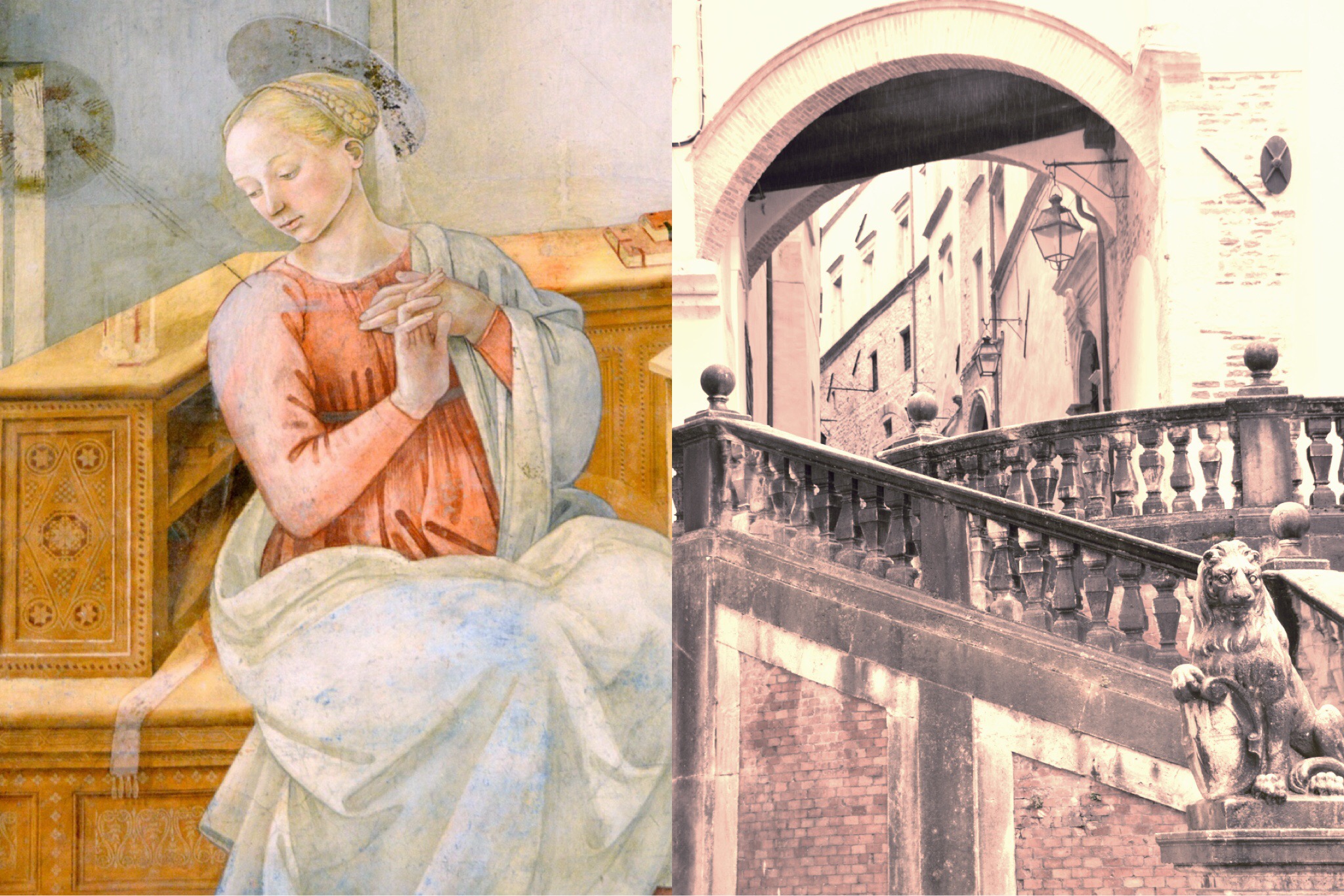 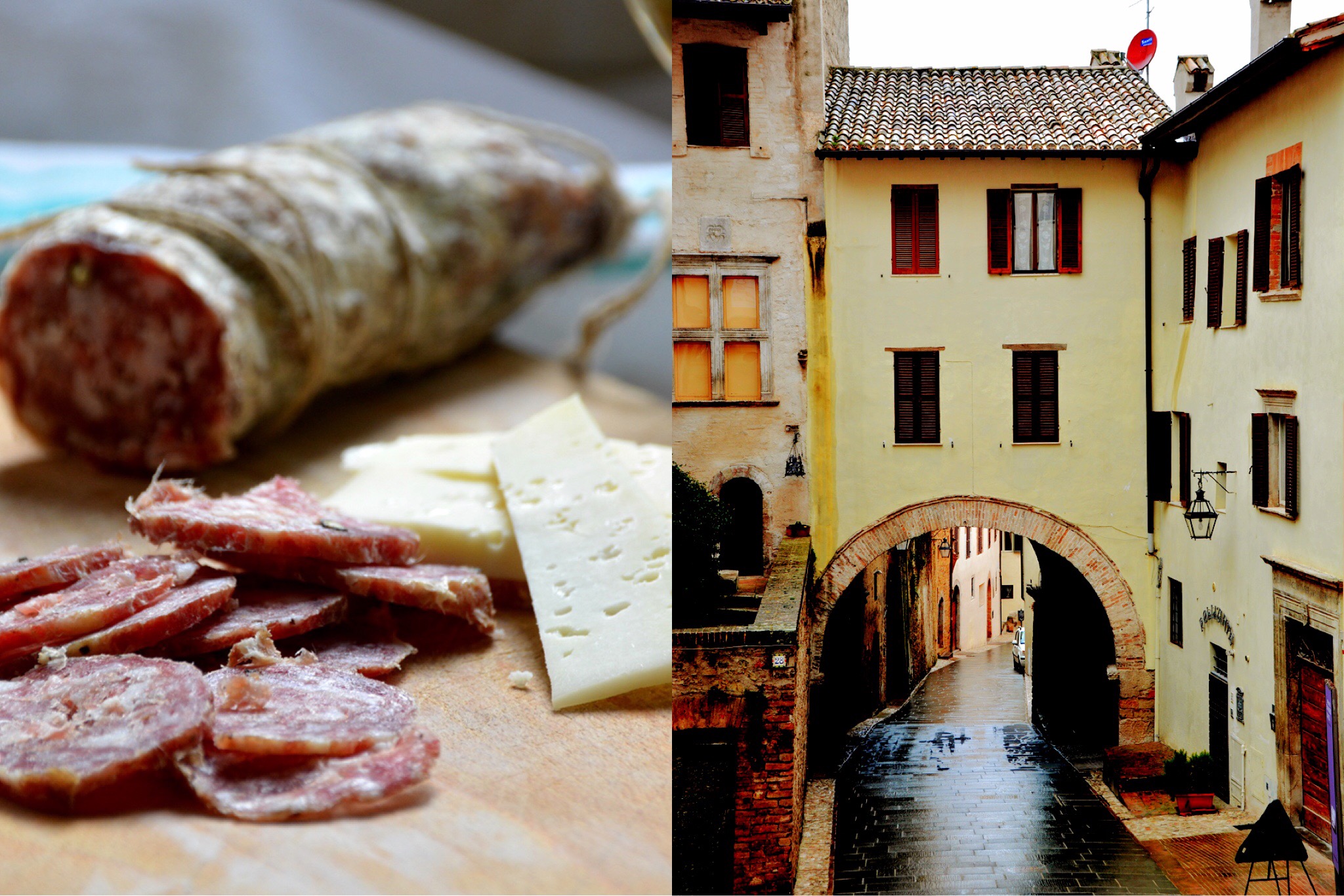 We took a day trip to the nearby hilltop towns of Spello and Trevi, exploring the narrow cobblestoned streets by foot, and finding magnificent vistas of the green countryside below at almost every corner. Umbria is known for its full-bodied red wines (highlight was the Sagrantino), cured meats (particularly from Norcia) and truffles. We enjoyed a terrific lunch at Enoteca Properzio in Spello – farro soup and meatballs made with Chianina beef. Farro is common in Umbria and pasta and cakes are often made with this ancient grain. 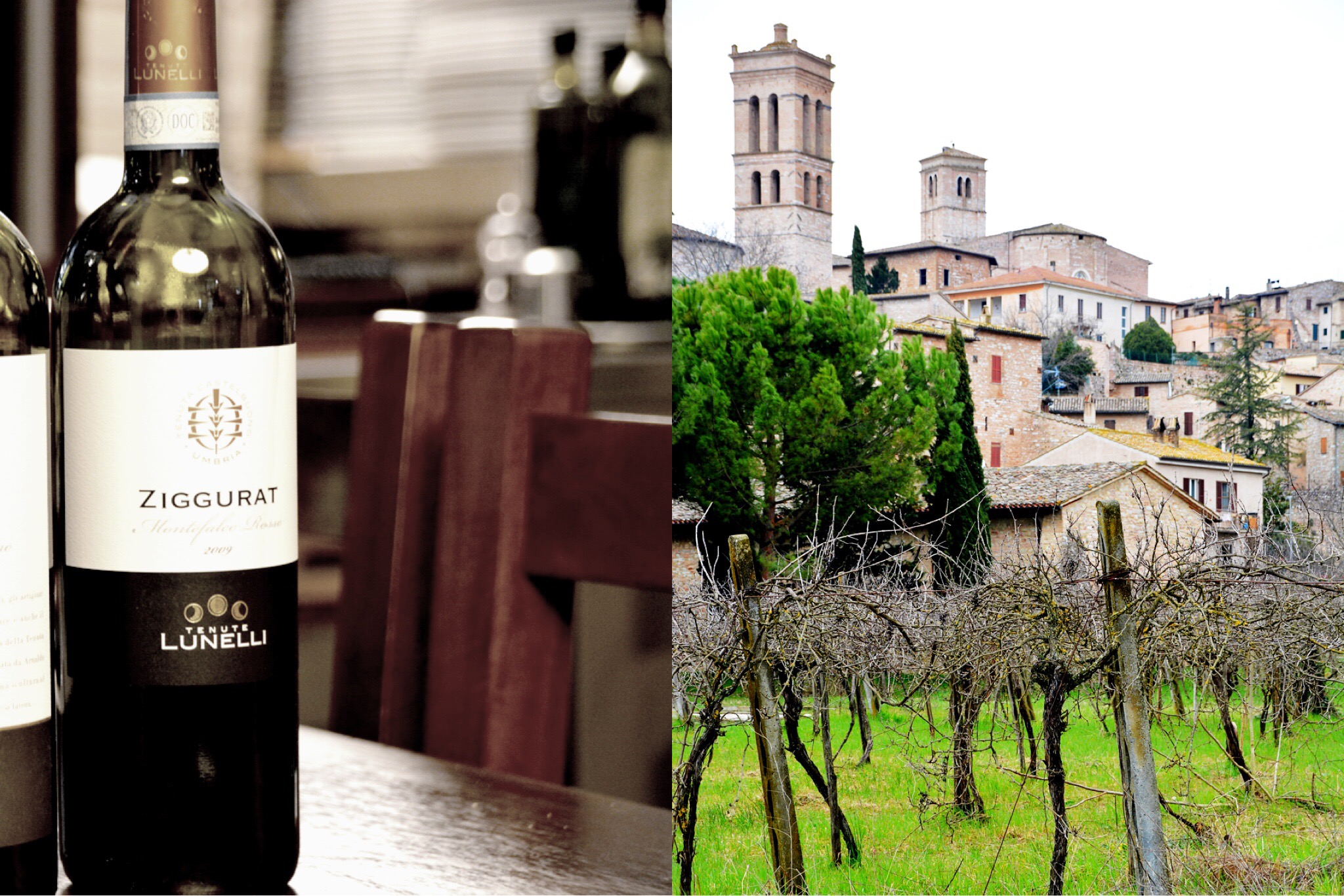 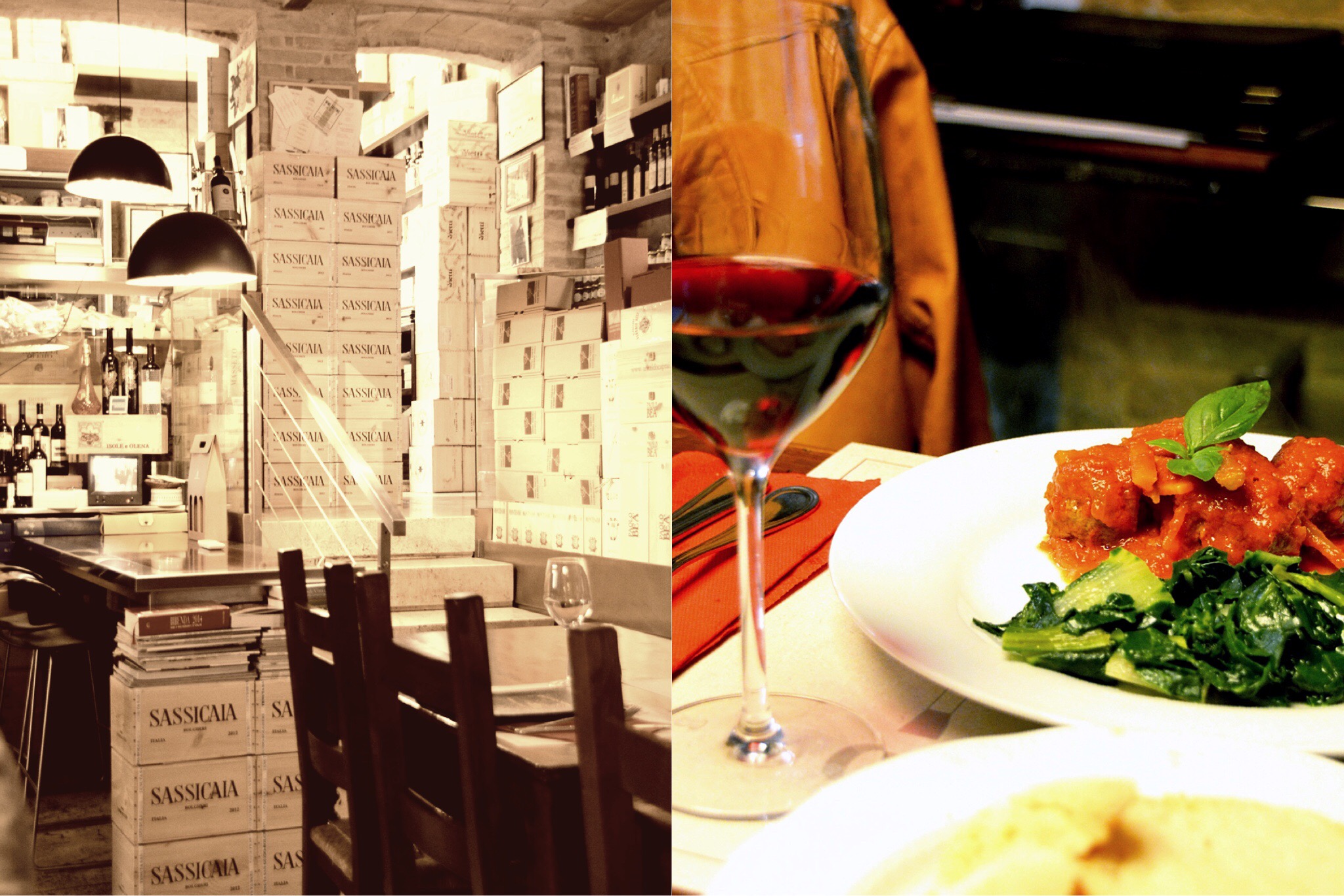 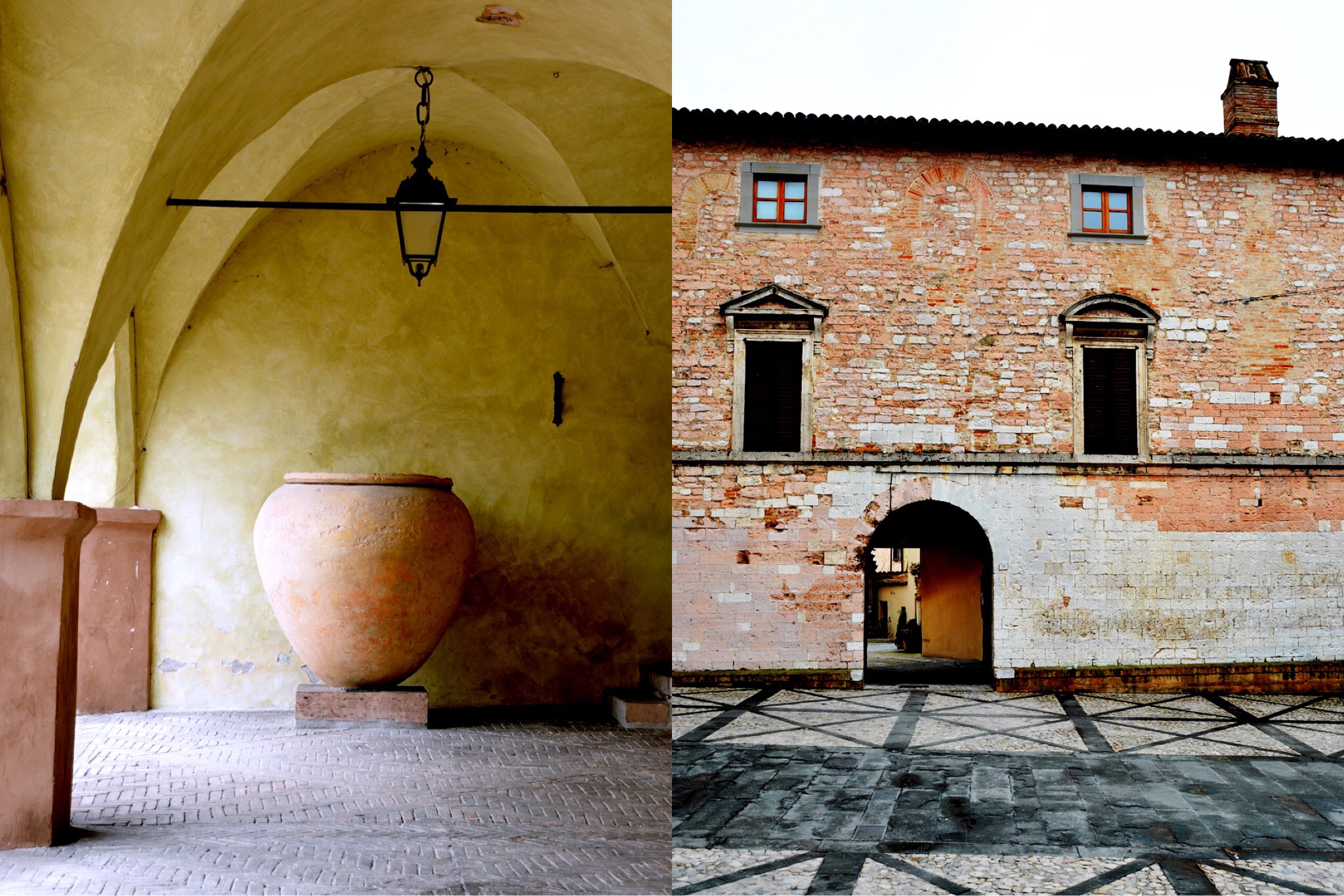 ﻿﻿I wanted to show Mark the grand city of Perugia, which I had visited with my daughter back in 2012. We spent an hour or so wandering the streets, eating gelato (in spite of the cold), taking photos and getting lost trying to find where we had parked the car (all those narrow and steep streets started looking the same after a while!). 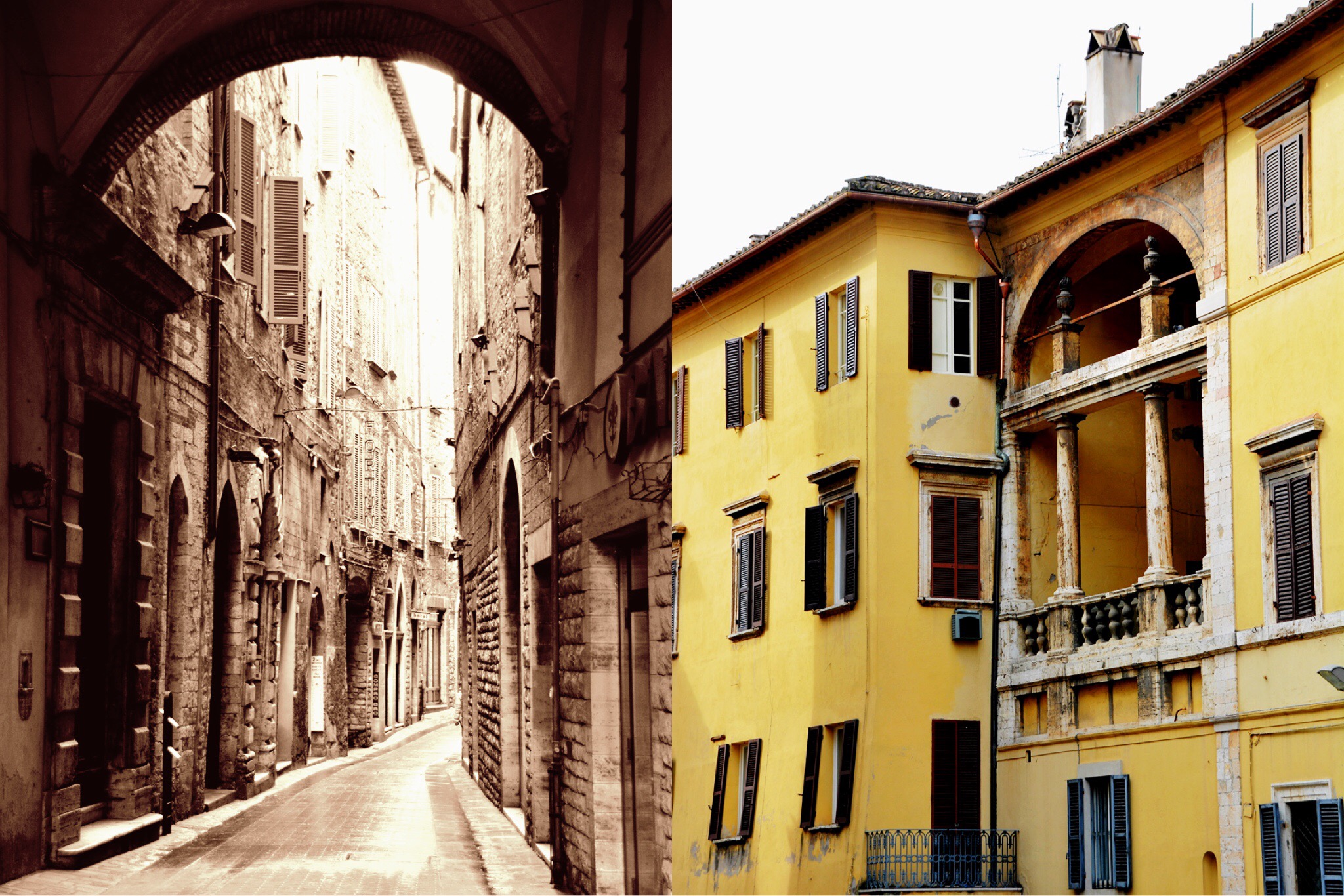 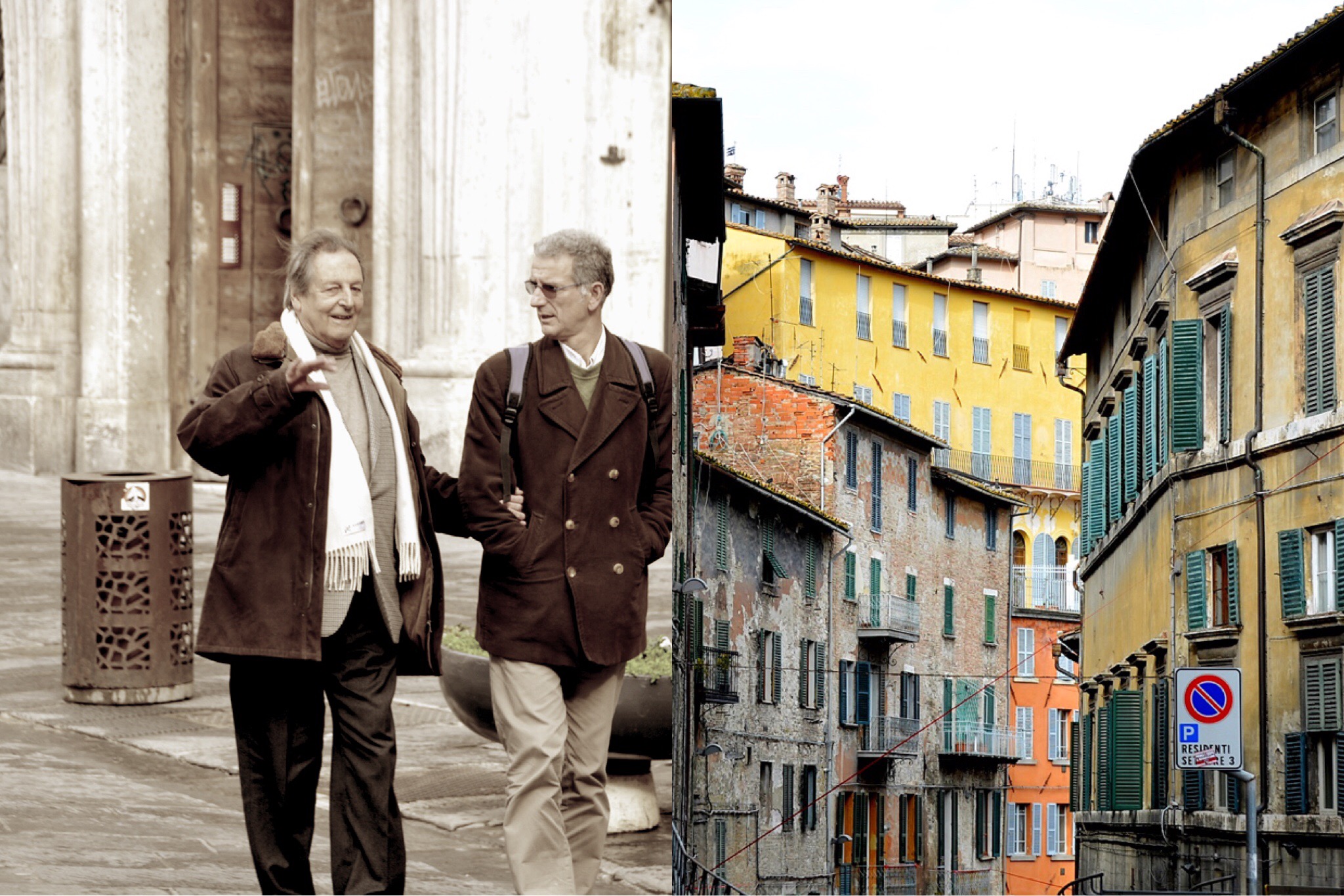 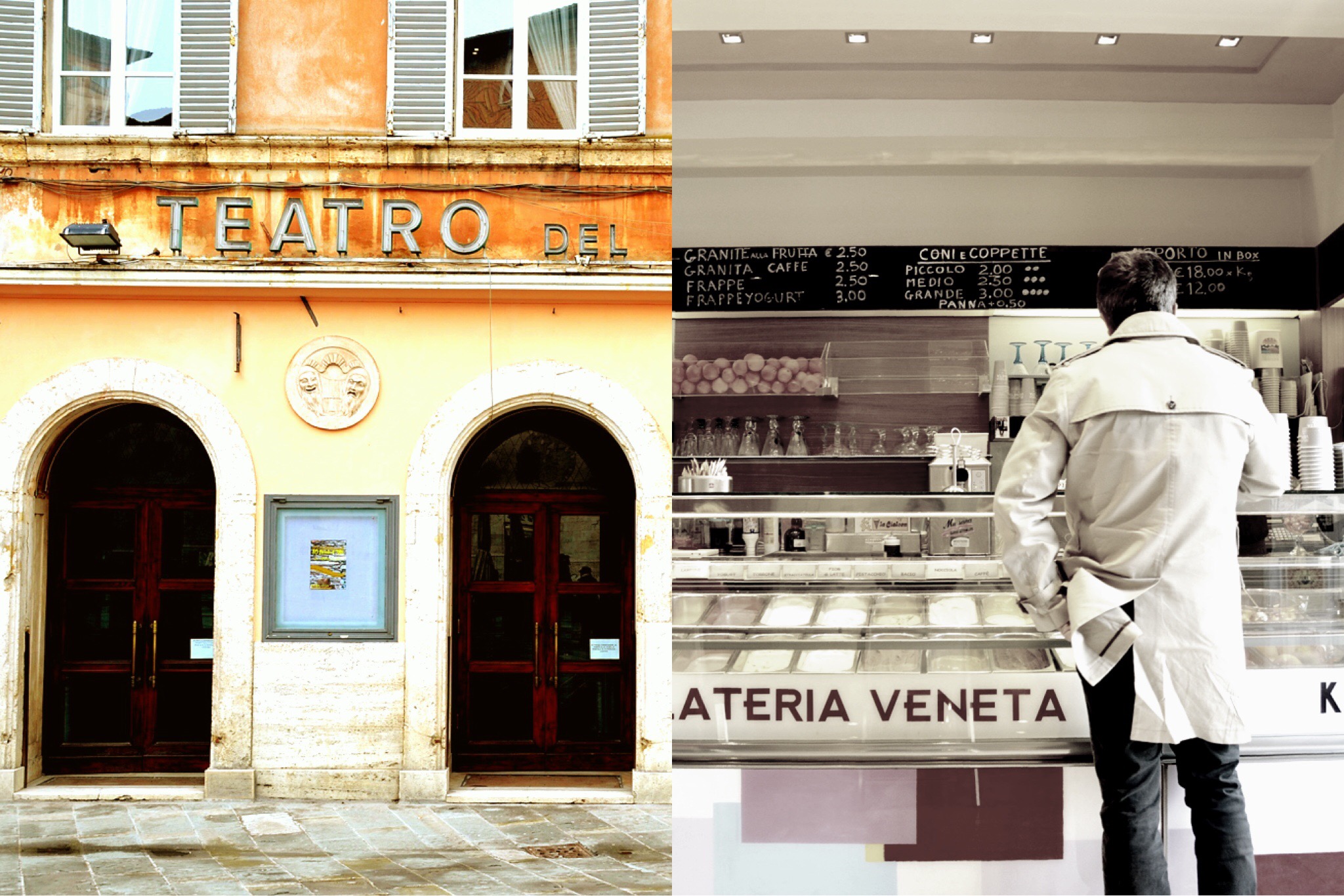 As we were leaving Spoleto, bound for Fiumicino airport in Rome, I saw bunches of wild asparagus for sale, in buckets, by the side of the road – the first of the season. I couldn’t buy any as we were about to fly to Trieste, but I had to stop and ask the vendor if I could take some photos – posso scattare una foto? He thought I was quite mad I am sure! He told me that he had foraged them not far from the roadside. The perfect ending to our time in Umbria. 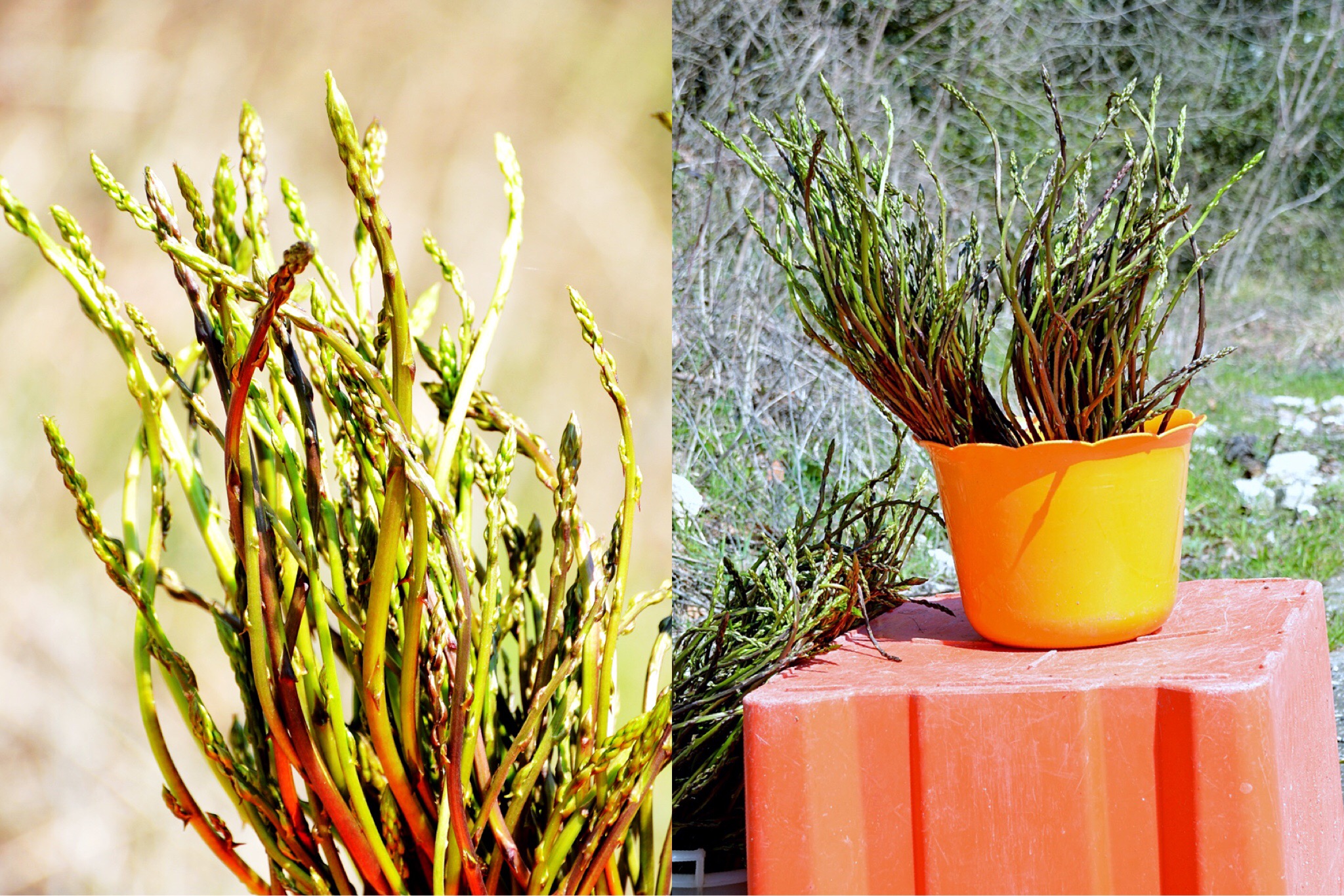