The holiday began in Rome….. Jet lag is a terrible thing – it makes you want breakfast at 1am and dinner at 12 noon. The only good thing is that there are more available hours (albeit ones where your head is foggy) in the day to do things like editing photos and writing blog posts. I write this one just over 48 hours after arriving in Rome from the Air BnB apartment in Trastevere (that is, over the other side of the Tiber/Tevere river). In Roman times it was called Trans Tiberum and it was where the fisherman and sailors lived, populated by Jewish and Syrian people. It is a maze of narrow cobbled streets and nowadays has lots of younger tourists and has an American university. It also has many many good food vendors and a great vibe. Within the first few hours of arriving I had not only stumbled upon the rather wonderful fruit and vegetable market in Piazza di San Cosimato but one of the best cheese shops I have ever been to: L’antica Caciara. 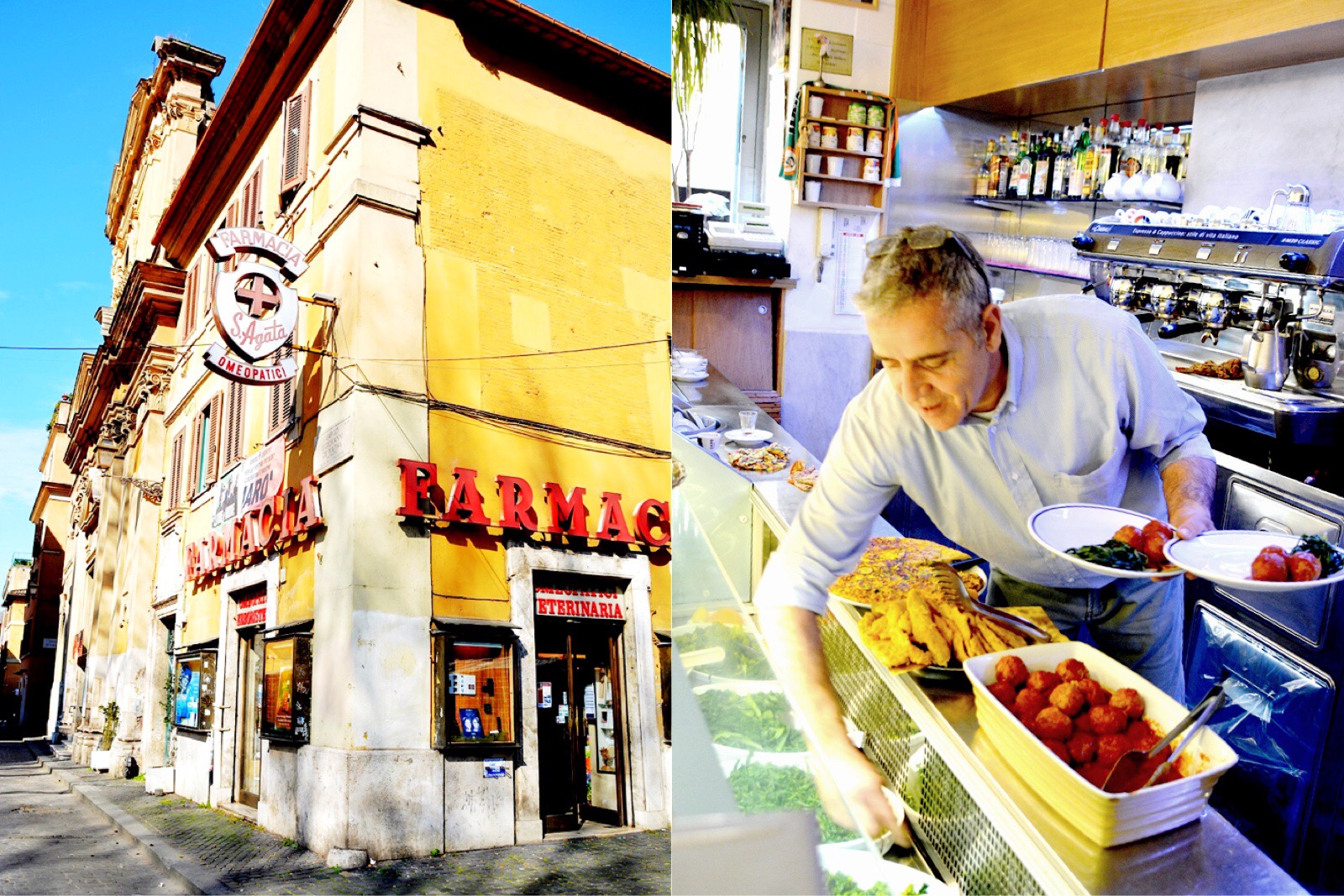 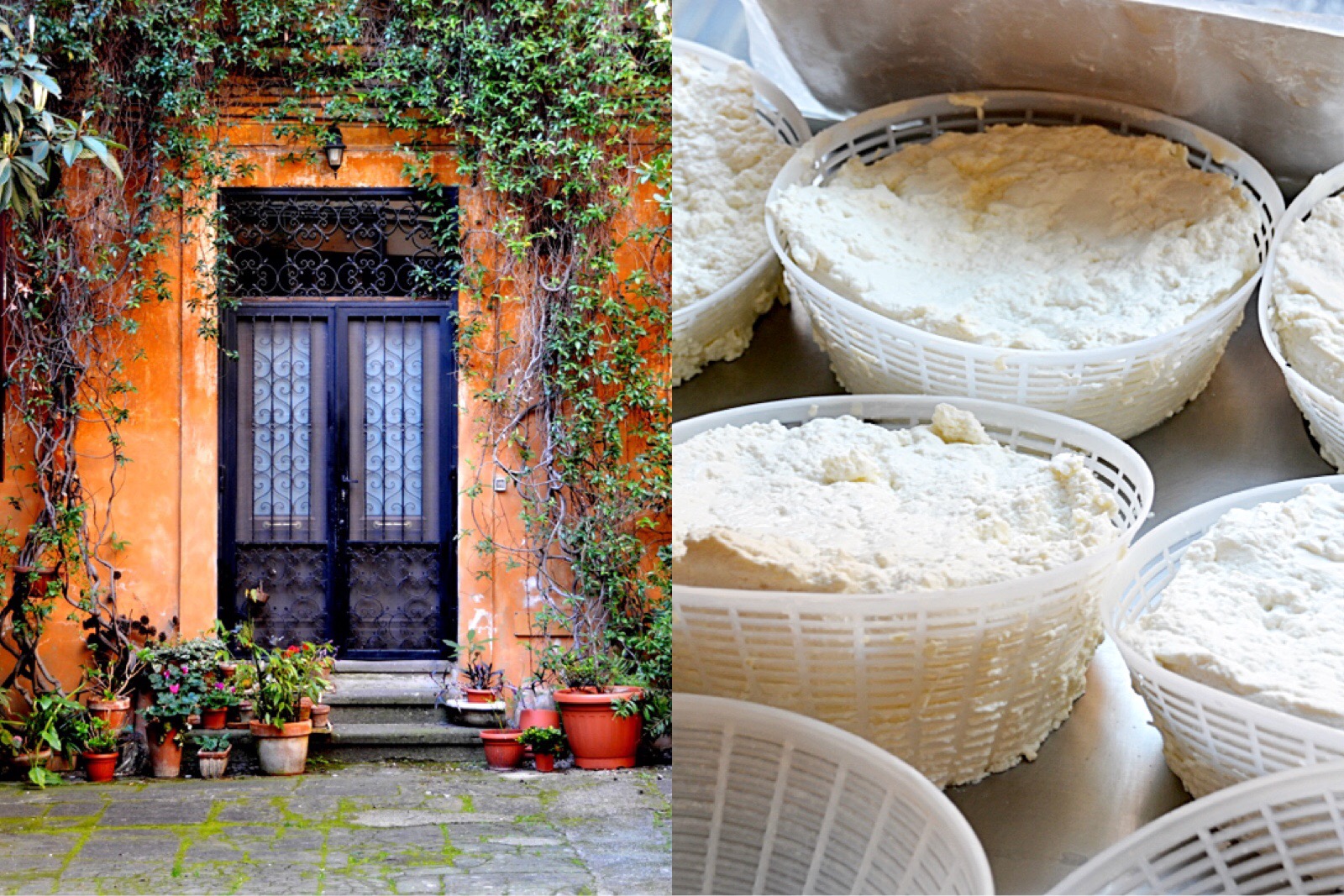 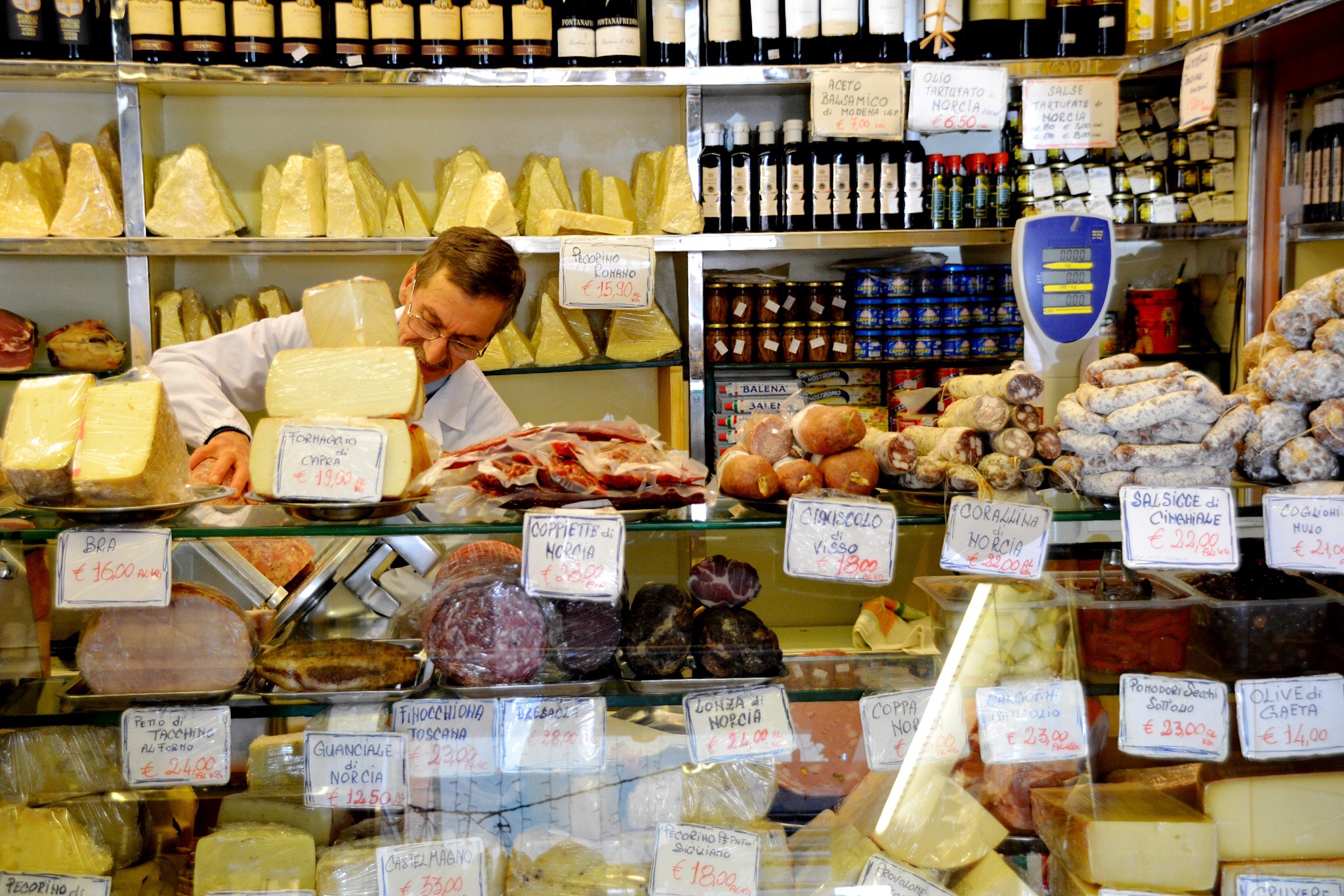 After dropping off our bags at the apartment, we went to the local trattoria Da Lillo, as recommended by out host Debora. Run by the efficient and smiling Luciano (photo in the top right as he serves lunches), we ate a simple plate of pasta (mine was maniche with alici – which are like anchovies – broccoli, and lots of grated pecorino cheese) and shared a half litre of the house white wine. What a great start to our first day in Rome!

We had arrived in full artichoke season, with large green and purple beauties not only at the market but in bunches outside restaurants in the Jewish area. One of the things I couldn’t wait to try was carciofi alla giudea (Jewish style artichokes) where the artichoke is fried whole (a very typical dish in Roman cuisine). 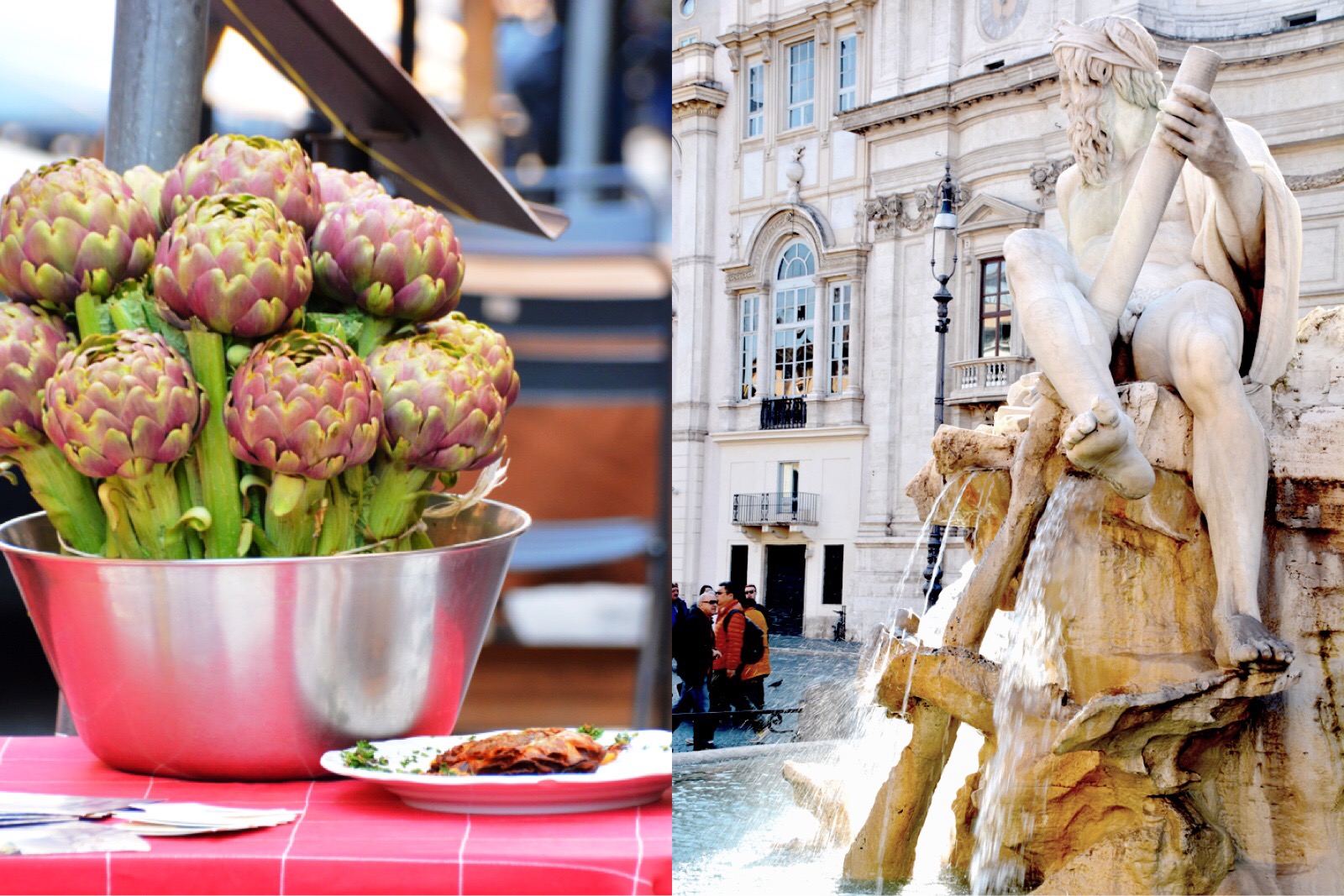 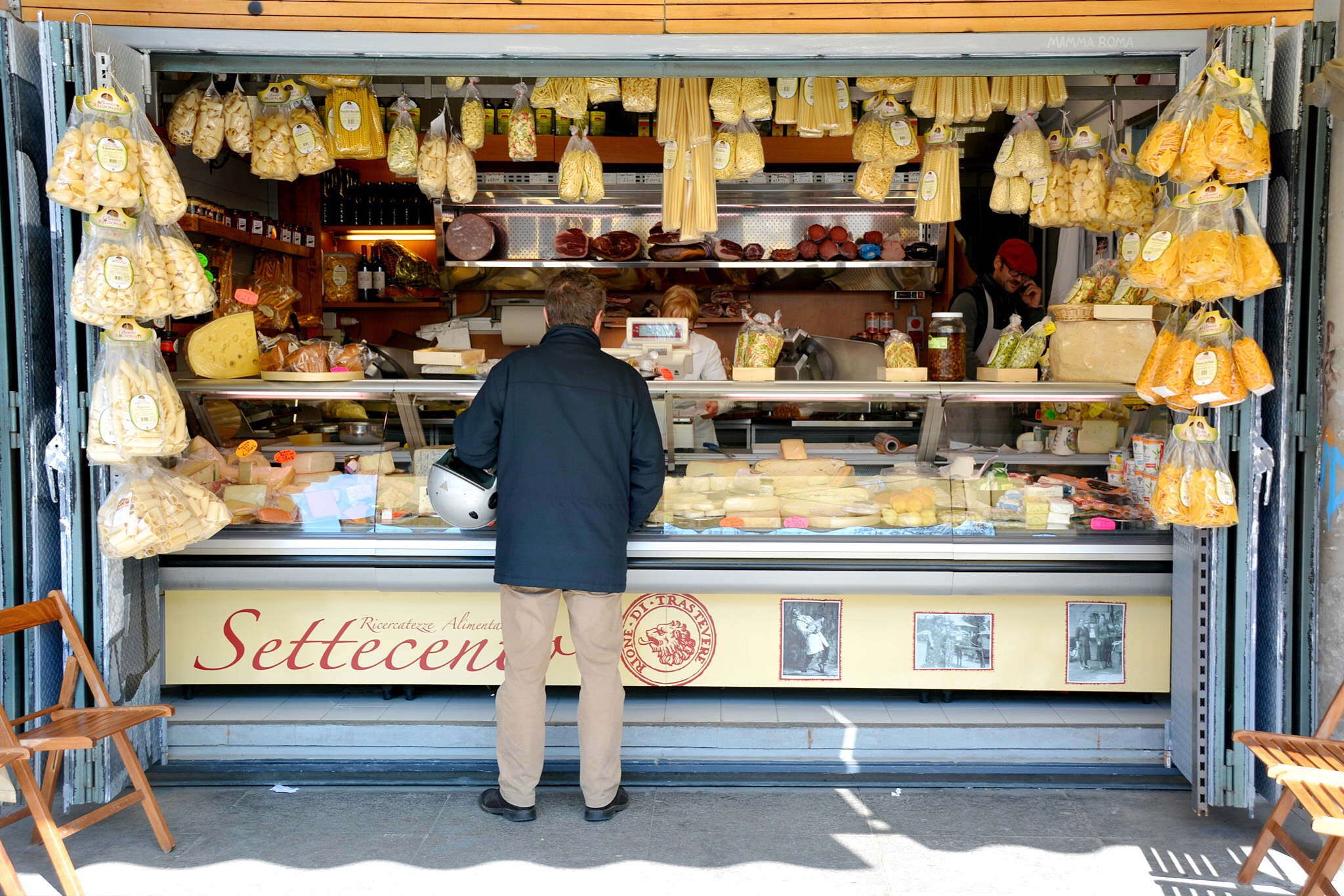 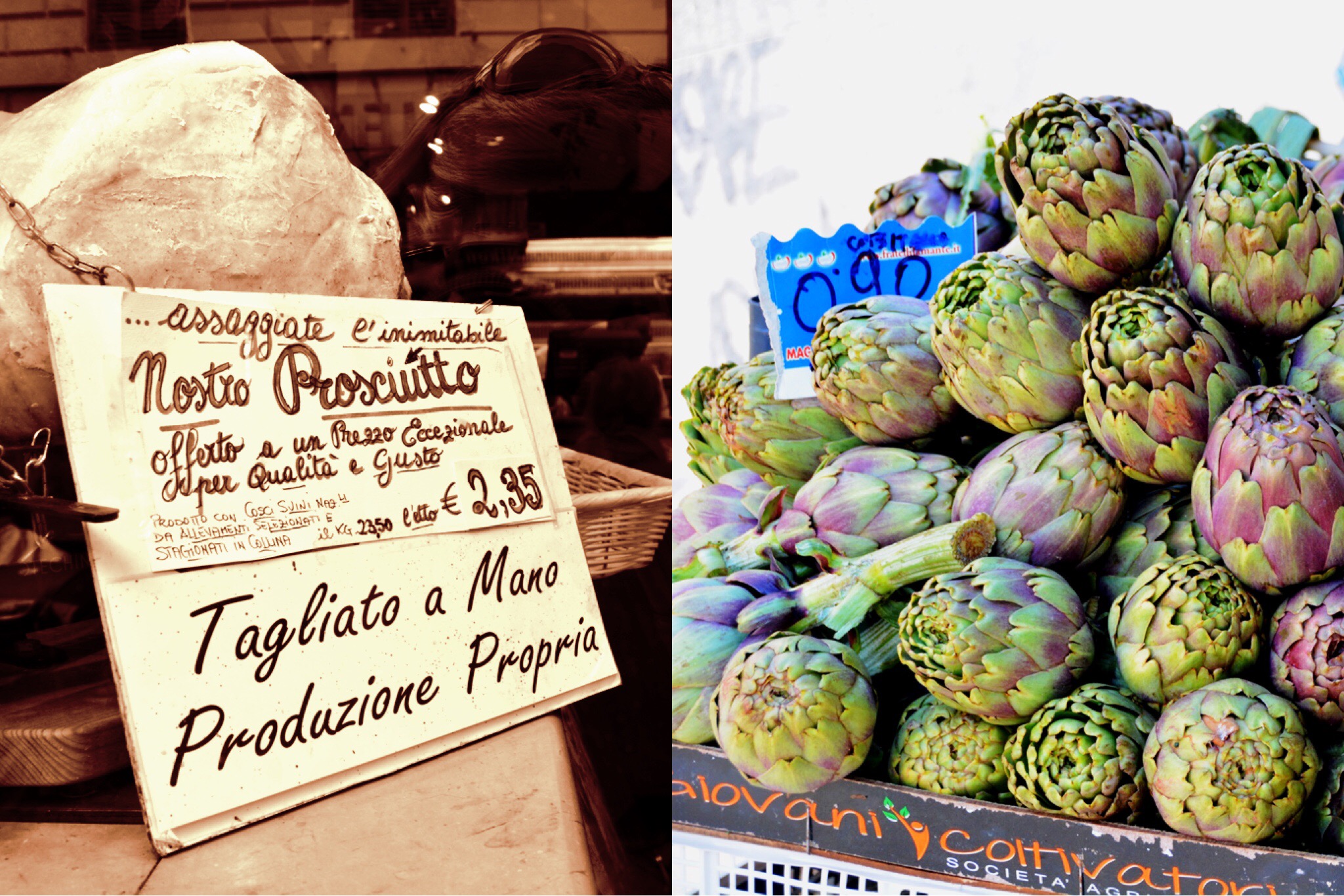 I caught up with the lovely Maria from Heart Rome and she took us to eat at Trattoria Da Enzo al 29, located in the narrow Via dei Vascellari in Trastevere. It is run by Roberto who is passionate about Roman cuisine, sourcing local produce and maintaining the family business, which was set up by his grandfather in 1935. The restaurant is tiny, takes no bookings and the night we went, at around 8.45pm on a Tuesday, had about a dozen people standing in groups outside, waiting for a table. Roberto opened a bottle of Prosecco and handed out long stemmed glasses to those waiting….he had won me over before I even set foot in the restaurant. 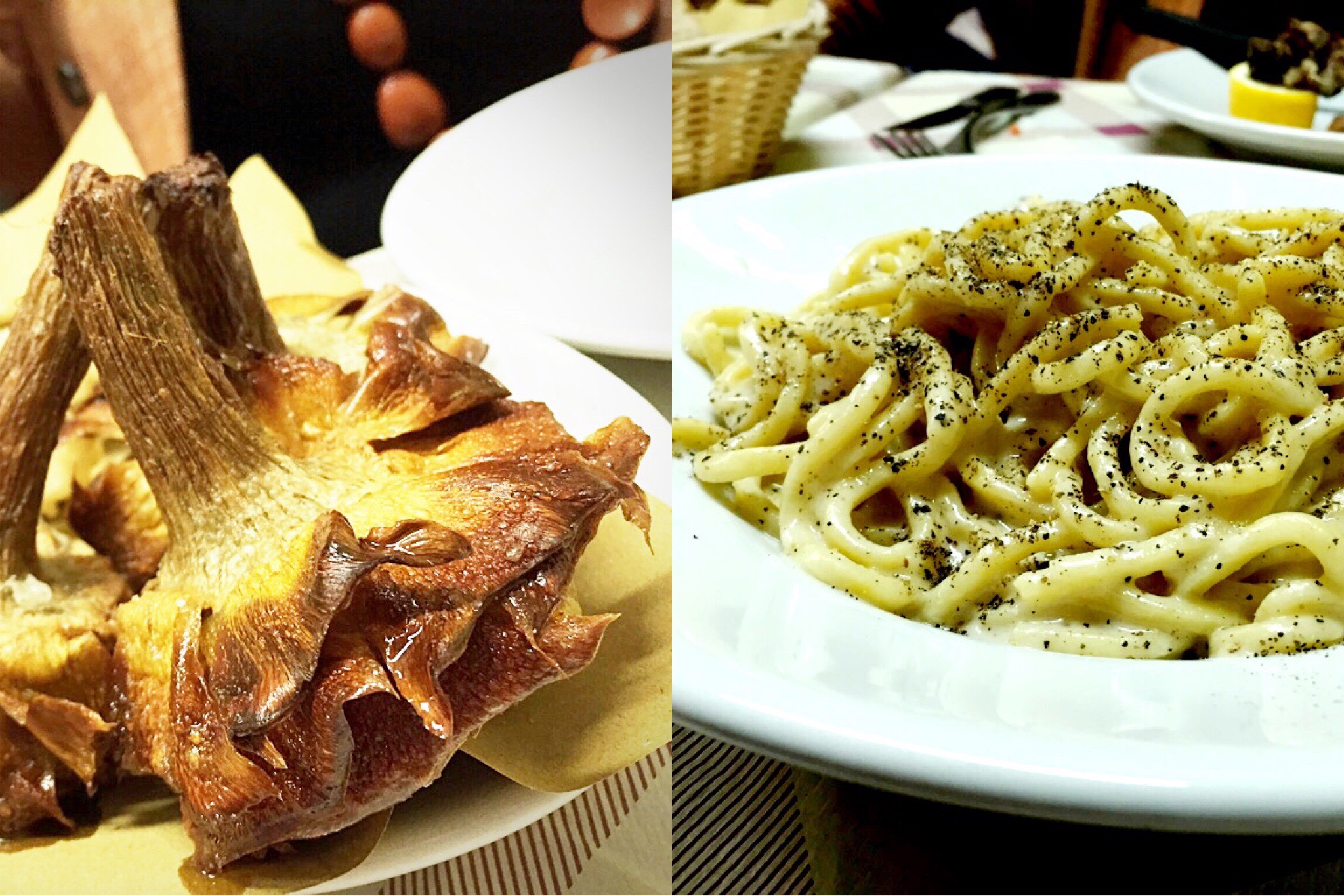 Apart from the amazing carciofo alla giudea that we had for entree (photo above on the left), with its crispy leaves and tender stem, I ate pasta cacio e pepe (pasta with cacio – cheese – and pepper). This is true cucina povera with only three ingredients: Pecorino Romano (the cheese), pepper and the cooking water from the pasta. A bit of the water is reserved and stirred in vigorously through the cooked pasta, together with the cheese and copious amounts of pepper, allowing the starch in the cooking water to bind the whole lot together. It was very peppery, creamy, salty and really really GOOD. I can’t wait to give this another go at home (I think I did not stir it enough when I tried to make it).

Here is a brief video clip of Da Enzo al 29 so you can see for yourself what this authentic ‘hole-in-the-wall’ trattoria is all about. They make pretty amazing desserts too – we tried the sweet mascarpone with fragoline di bosco (tiny sweet alpine strawberries) but apparently the tiramisu is excellent as well. 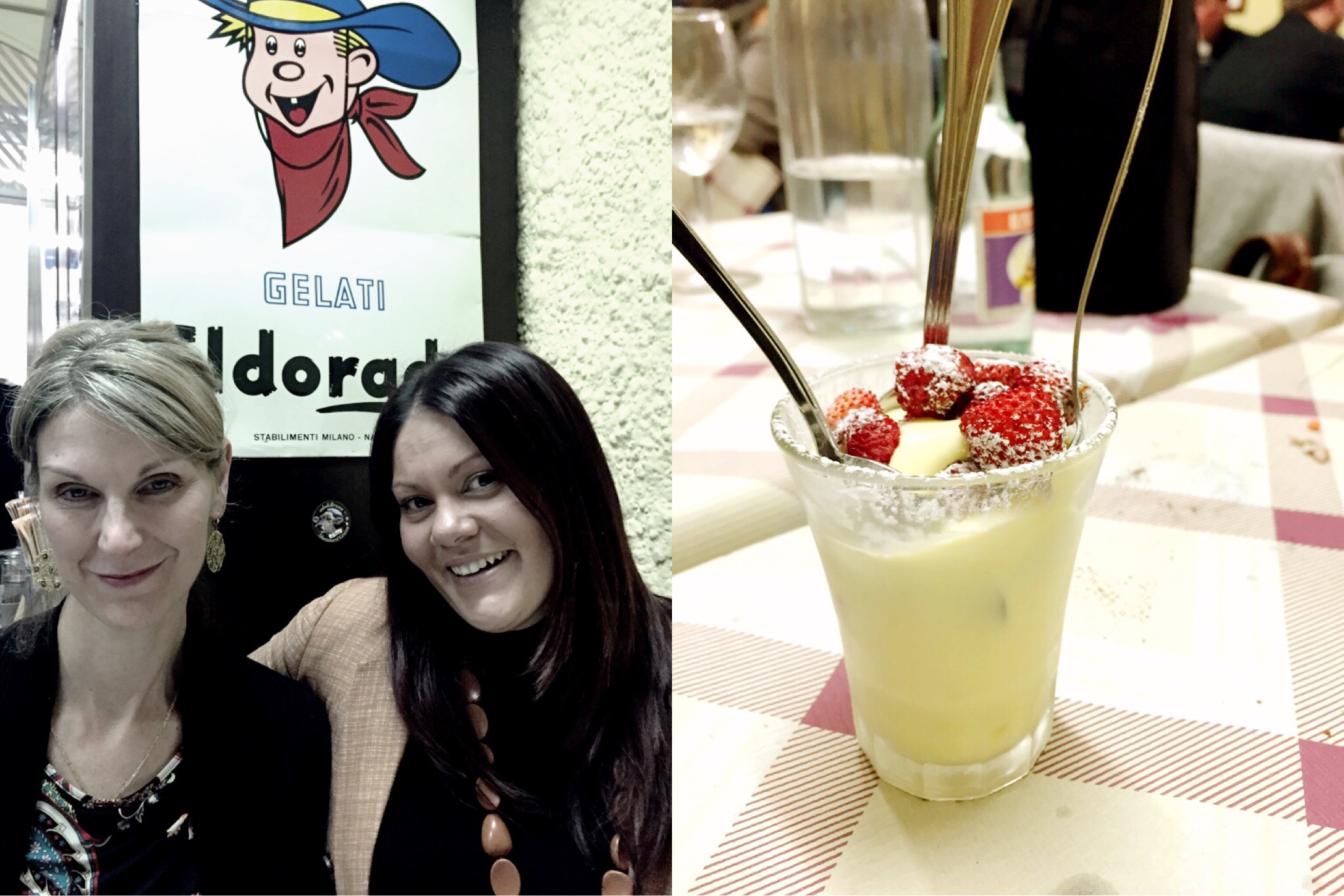 So now it is time to get out of bed, have a coffee (or three) and prepare myself for today’s food tour of the Testaccio area of Rome. 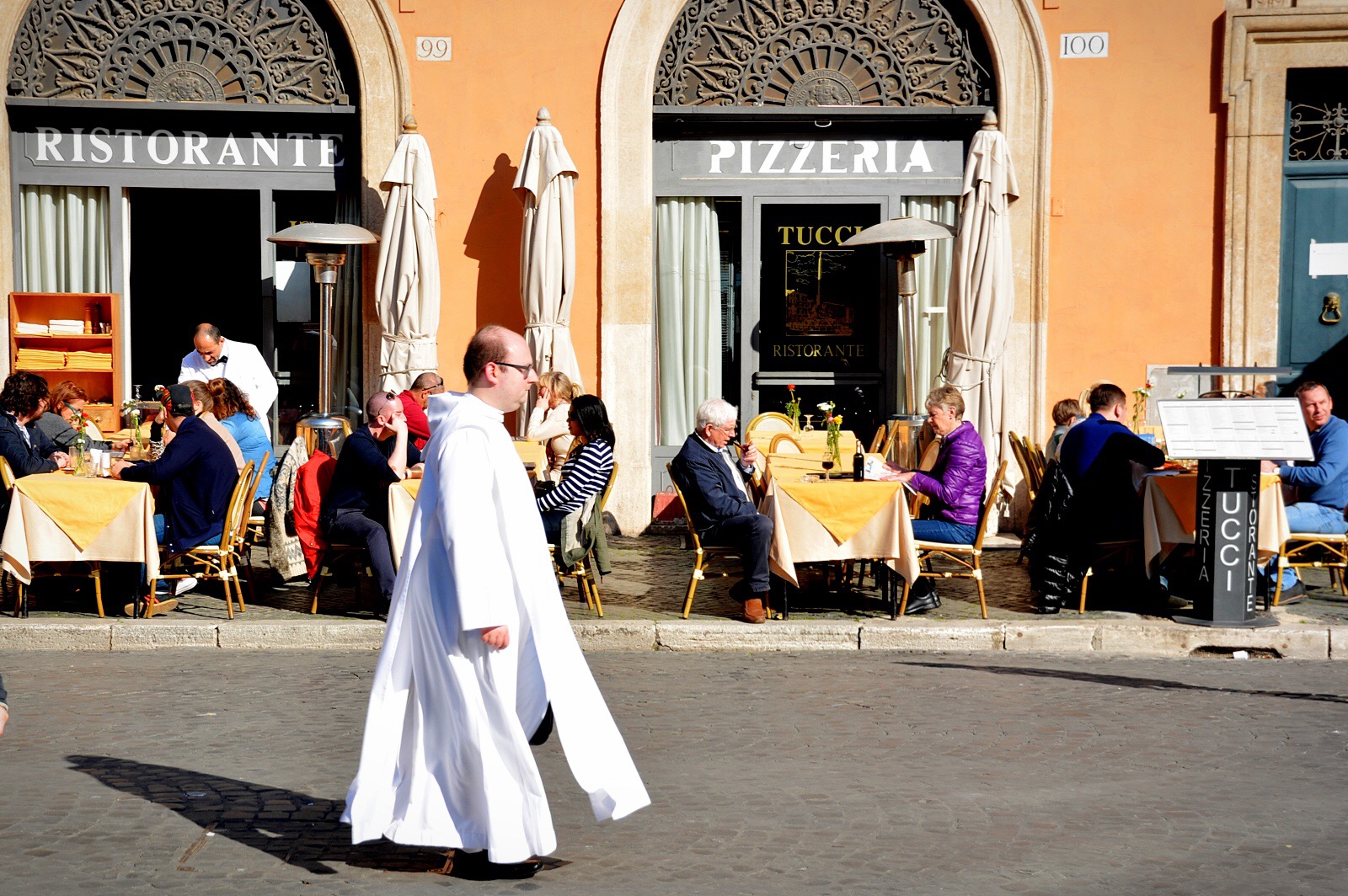