Mamma broke her wrist in July and has been staying with my sister Barbara whilst she recovers. Although it is terrible that mamma broke her wrist, it has given me an opportunity to spend time with both my mother and sister together. Barbara got married when I was 13, so I treasure the times we spent together before then, like in the photo below, taken at Seaford beach in the early 1970s where we used to go on weekends during summer. That was in the days when you could drive your car into the tea-tree foreshore right at the edge of the sand. 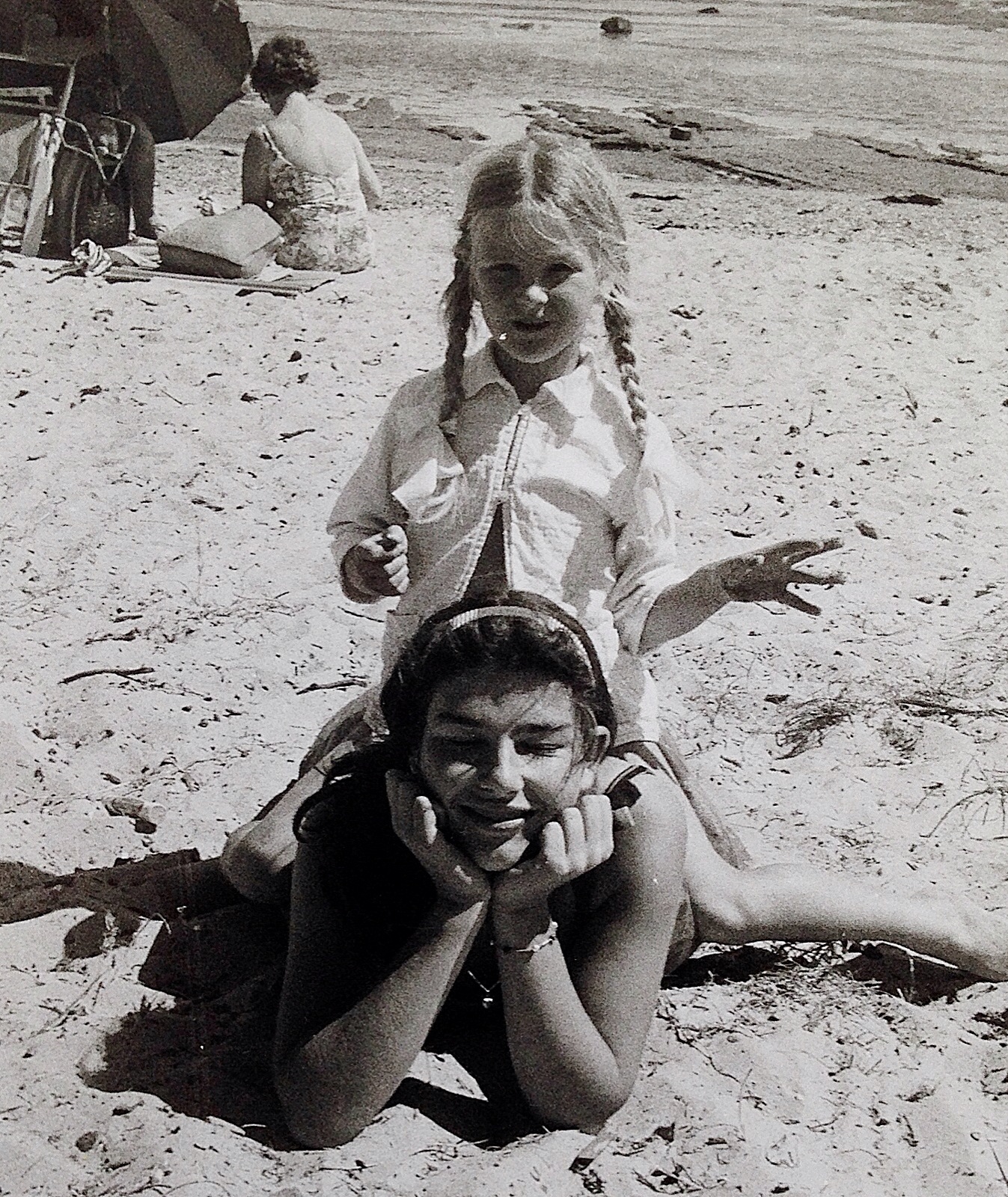 Barbara has also been cooking more italian food now that mamma is staying her. I went to visit a few weeks back and had a slice of Sicilian Apple Cake that she had made, with a coffee. It was very very good. Inspired, I went home and looked up several recipes online and selected the one that looked similar to how Barbara’s cake had tasted. I made it the next day, modifying quantities and ingredients to suit my taste. It is made of layers of apple, batter, grappa-soaked sultanas and pine nuts, with lemon zest throughout. It tasted fabulous and the most difficult part was not difficult at all, just time consuming (peeling, coring and slicing the apples). 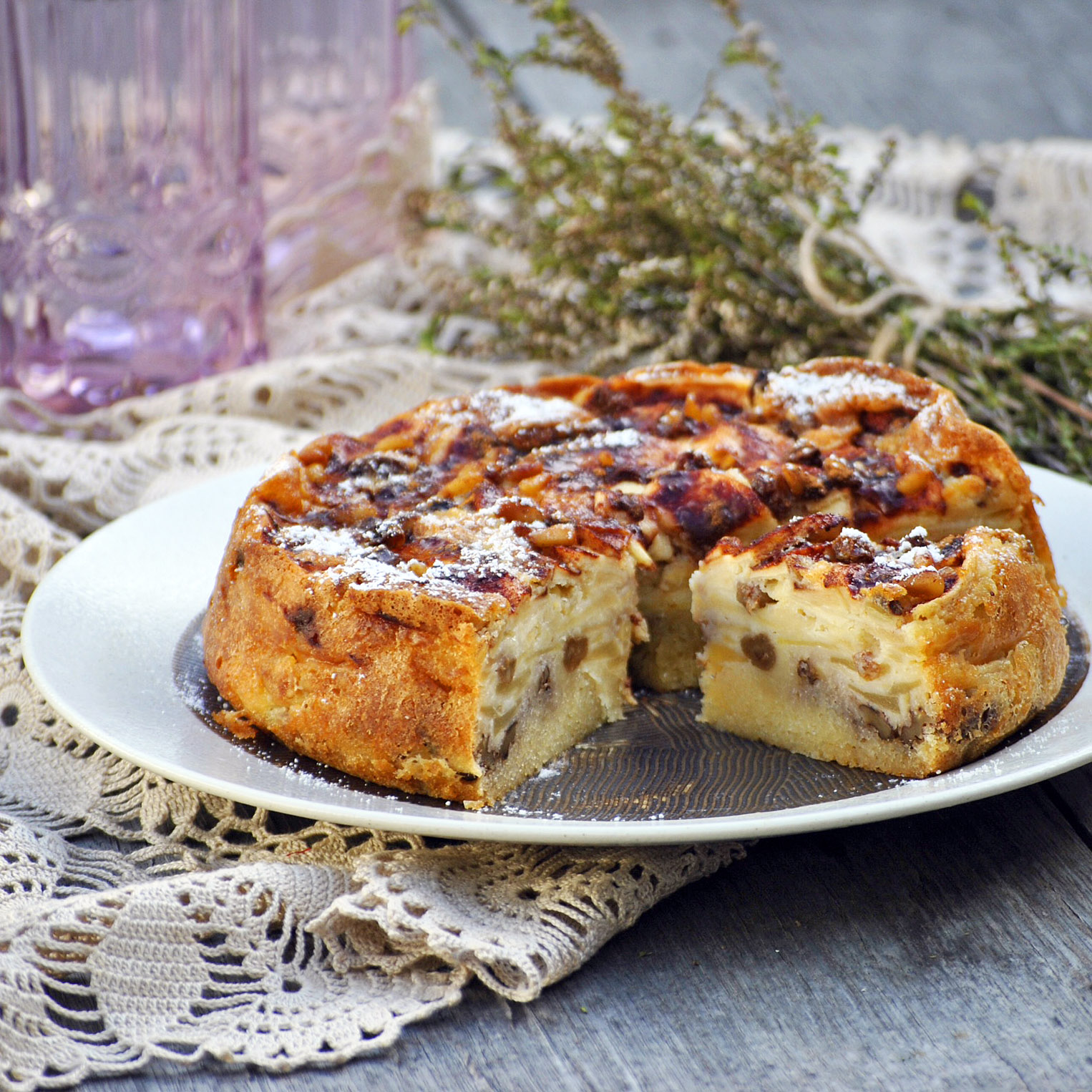 When I next went to visit mamma, I told Barbara that I had made a Sicilian Apple Cake and asked her which recipe she used. She pulled out her folder of recipes and started to tell me how she had modified the recipe – decreased the sugar, increased the lemon, omitted the vanilla, changed the layering and soaked the sultanas in grappa. They were exactly the same modifications I had made!! We laughed so much.

You can also make this cake gluten free by substituting plain flour for the gluten free type. You may need to cook it a few minutes extra if using GF flour.

Preheat the oven to 170C (330F). Line the base and sides of a 20 cm (9inch) round tin with baking paper. Pour a little of the melted butter into base of tin and sprinkle toasted walnuts. Toss the sliced apples in a bowl with the lemon juice and zest and set aside.

In seperate bowl whisk the eggs with the sugar. Sift in the flour and baking powder, mix then add the milk and remaining melted butter. Drain the sultanas.

Pour 1/3 of the batter over the walnuts, then arrange 1/3 of the apples slices on top. Sprinkle 1/3 the sultanas and 1/3 of the pine nuts. Repeat the layers until the batter, apple slices, sultana and pine nuts are used up. Sprinkle the brown sugar and cinnamon for last and bake for about one hour ten minutes. The top should be golden and the cake firm to touch.

Cool in the tin and when it is cool, turn out and dust with icing sugar. 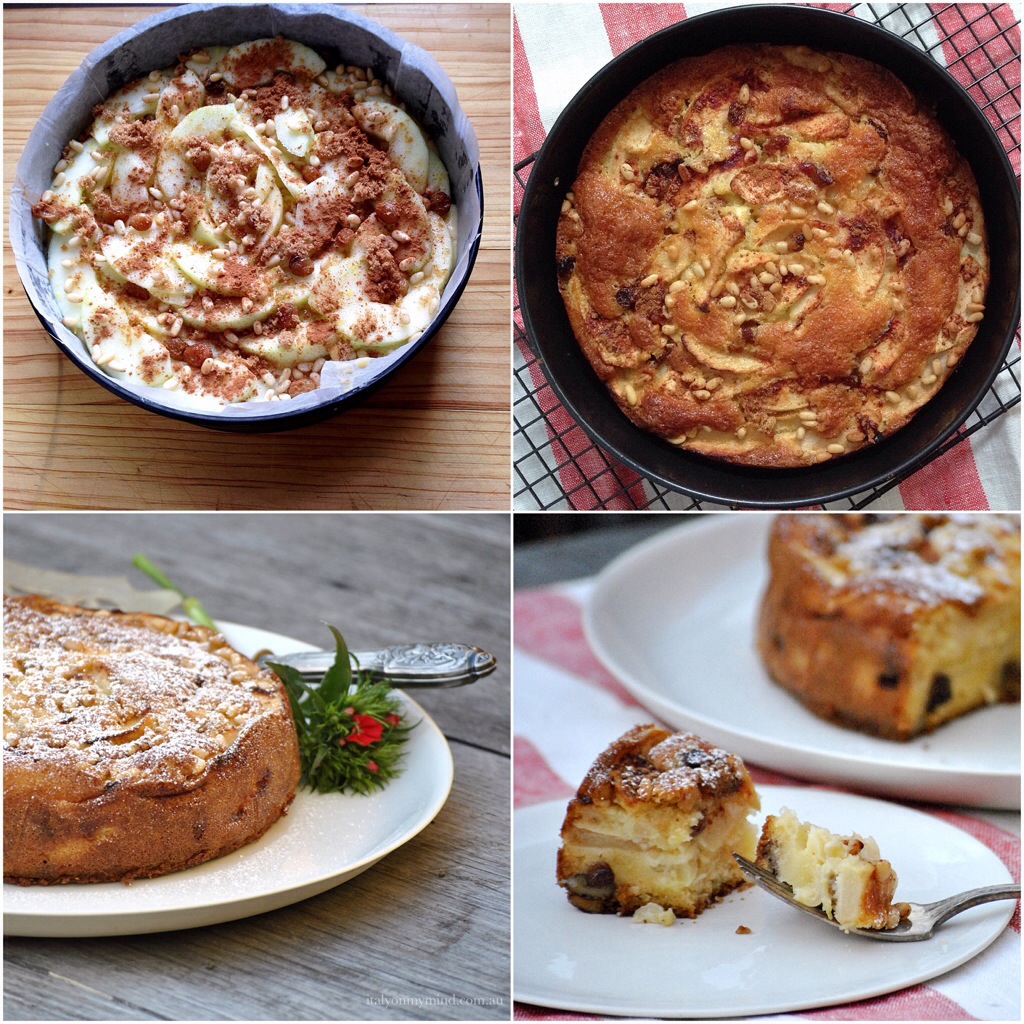