Winter has well and truly arrived in Melbourne, with its cold and dark mornings when the only thing that will wake me up enough to get the day started is a large cup of strong hot caffè latte. Jam on crusty toast for breakfast is a reminder of the summer’s fruit but I know the jam will not last all winter. I have been crostata obsessed this autumn, going through my supply of jam made with summer fruit to make crostata with jam (jam tart) at an alarming rate. Luck is on my side however as a few weeks back I discovered crostata with ricotta. 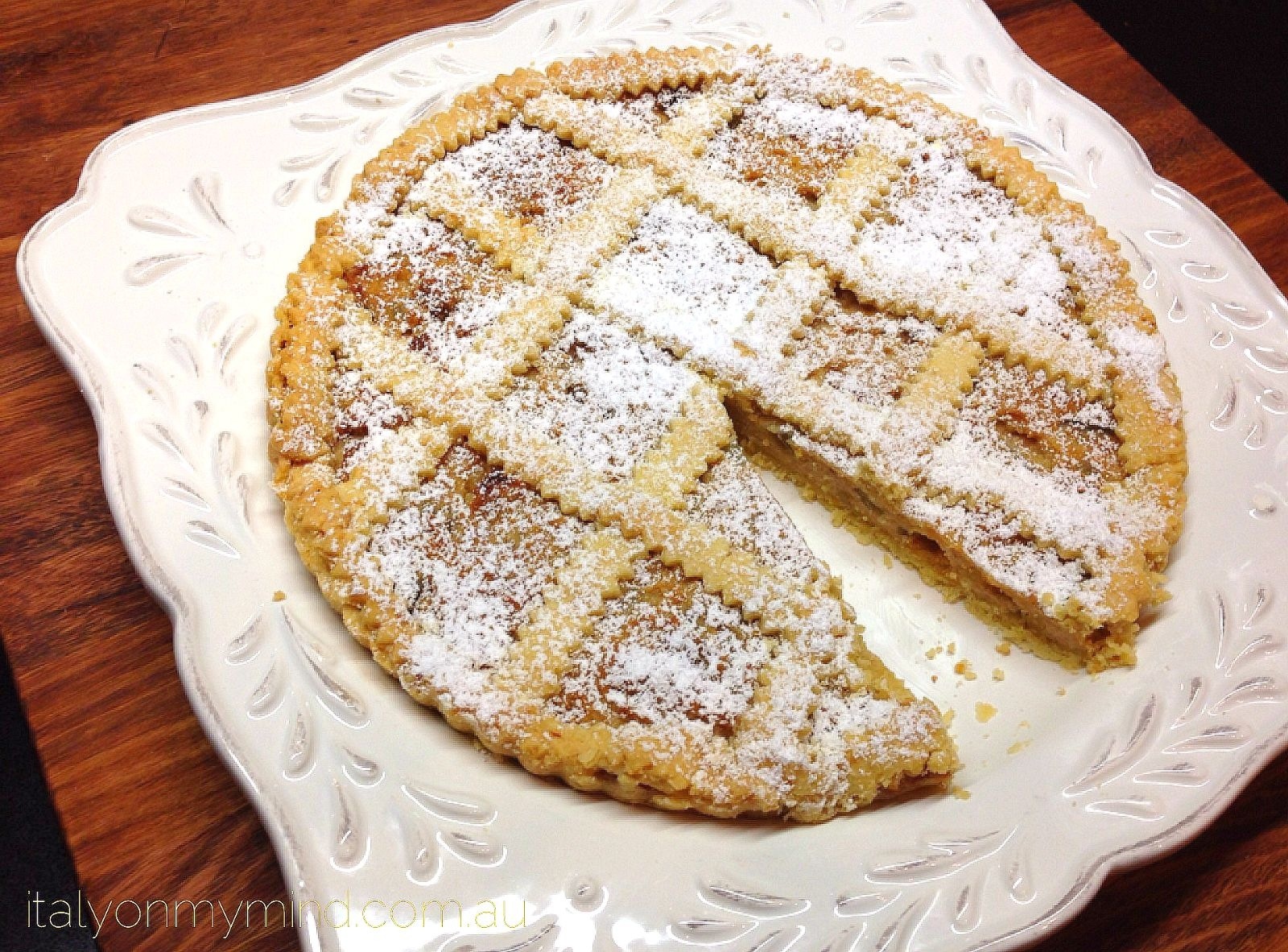 I buy ricotta nearly every week either at the Victoria Market or at Piedimonte Supermarket. If I don’t use it in a spinach pie or a cake, I eat it on toast with jam for breakfast, just like my father used to. I buy a large slice of firm ricotta, wobbly and fresh, and keep in it covered in a bowl in the fridge. I sneak little pieces of it from the fridge if I am hungry, at any time of day, and my daughter, who recently moved back home, does the same. It does not last very long in our house. 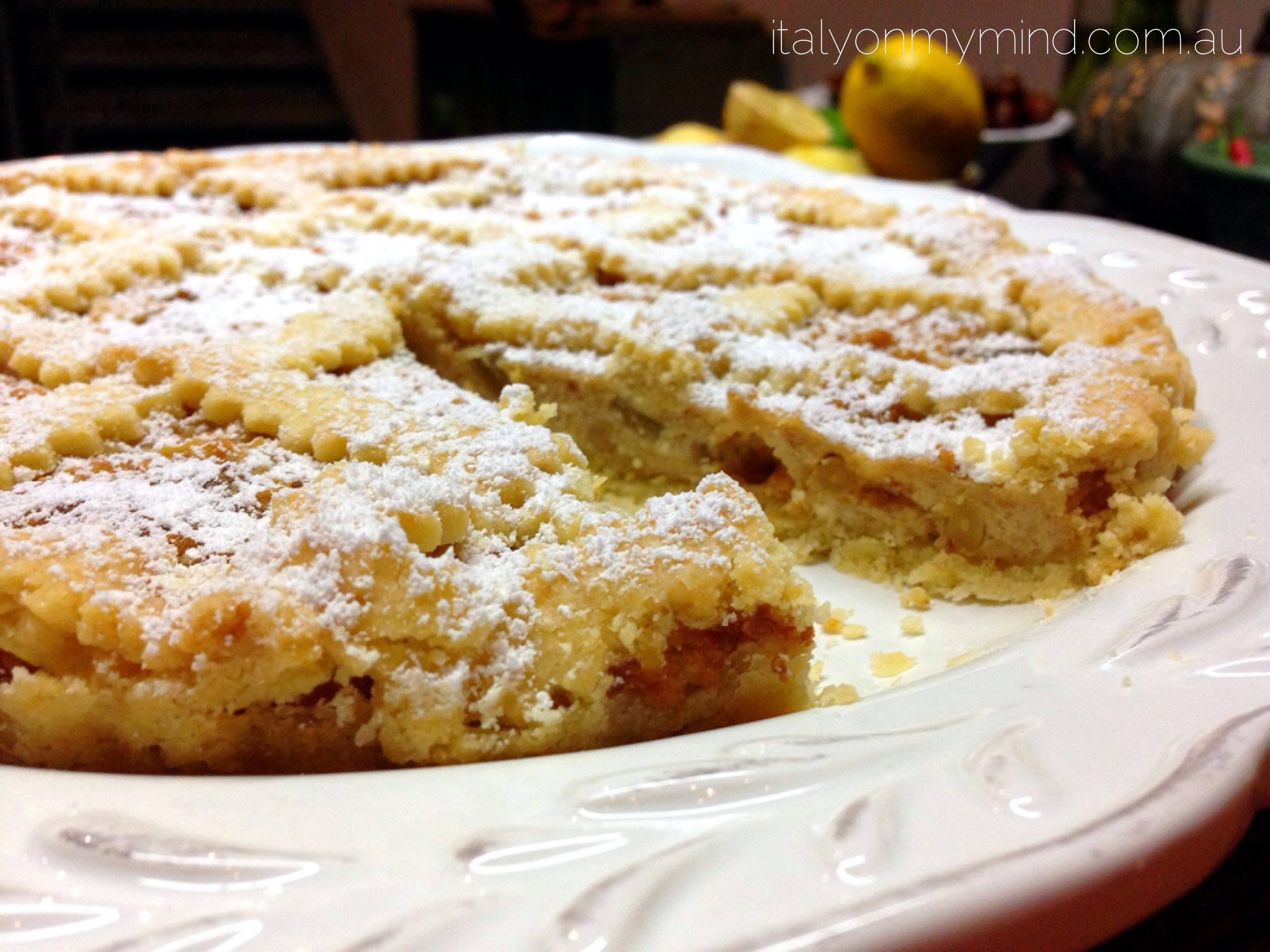 I found this recipe in the bible of Italian cooking Il cucchiaio d’argento (Silver Spoon). The pastry is light and delightfully crumbly and the filling has Marsala soaked sultanas and lemon zest. To keep with my current Sicilian theme, I added pine nuts and diced cedro (citron – a Sicilian citrus fruit used for its skin, which is candied) to the filling, which gave it extra texture and complexity. I used a fluted pasta roller to get the crinkly edge on the lattice on the top of crostata, which made it look pretty. The crostata lasts for five or so days in the fridge and is delicious cold. It is perfect with a cup of coffee or with a glass of limoncello after dinner, though I have been known to have a slice for breakfast! 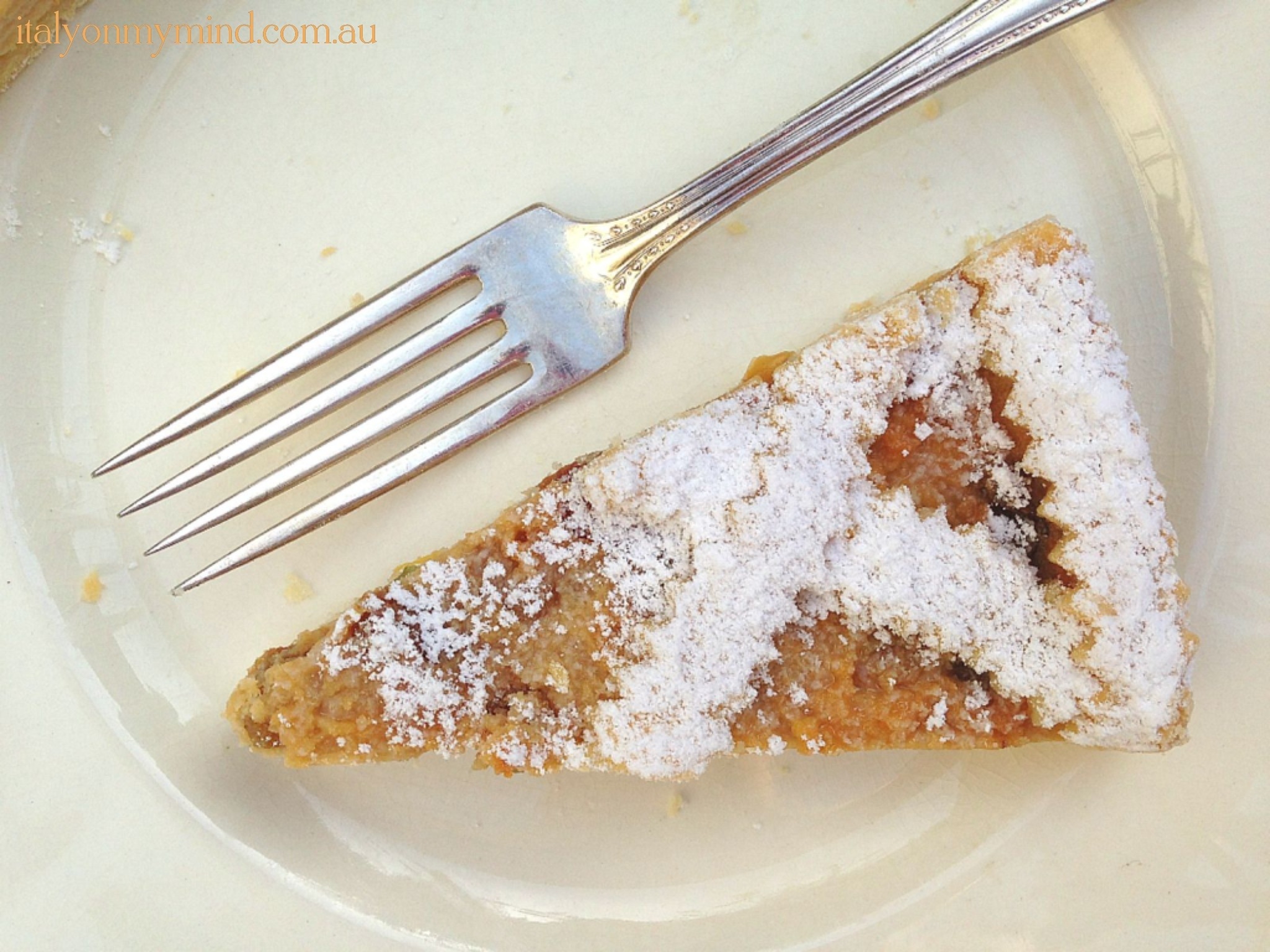 Place all the ingredients for a crust in a medium sized bowl. Mix with a wooden spoon and eventually with your hands, rolling it into a large ball. Wrap in cling film and set aside for an hour. Place the Marsala and sultanas in a small saucepan and cook on low heat for around ten minutes until the Marsala is thick and syrupy and the sultanas swollen. Set aside to cool. Once the sultanas have cooled, place all the ingredients for the filling in a medium bowl and mix with a wooden spoon until well incorporated.

Heat the oven to 180 degrees and line a 23cm pie tin with a removable base. Divide the pastry in half and keep one half wrapped in cling film. Work the first half of the pastry with a rolling pin to make it into a disc that is slightly larger than the base of the tin. It will be quite thin (2–3 mm). The pastry is rather crumbly so I find rolling it between two sheets of cling film works well to keep it all together and allows easy transfer to the tin. Place the ricotta mixture over the base and pat it flat with the back of a spoon. Roll out the rest of the pastry and cut it into strips. Use the strips to make a lattice on top of the ricotta and a strip for the perimeter of the crostata. You don’t have to be too worried about getting it perfect. 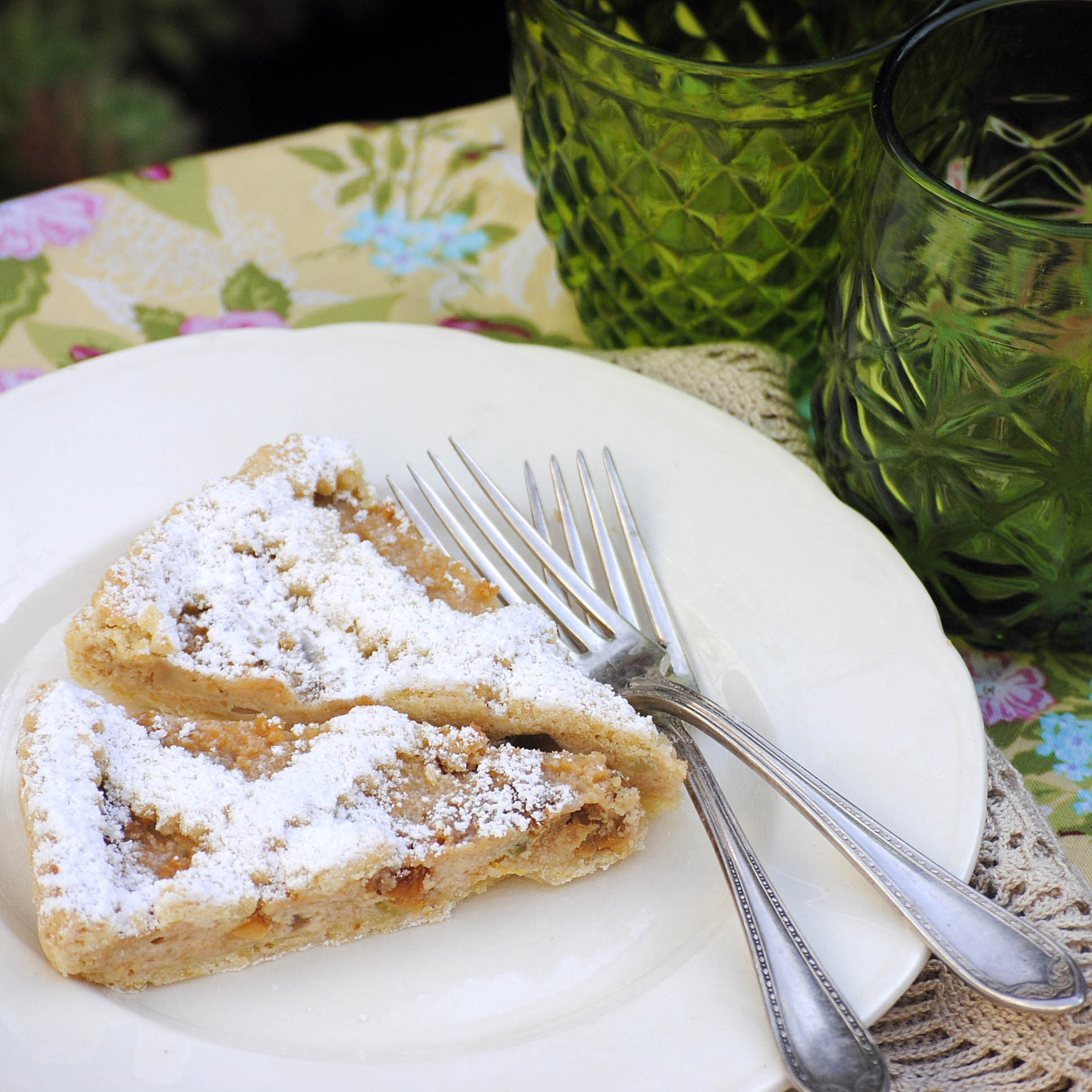 Place in the oven for 45 minutes until the pastry is golden and the ricotta has puffed up a bit (it sinks as it cools). Place on a wire rack to cool and dust with icing sugar. Wait until it has cooled completely before removing it from the tin.