By italyonmymindMarch 26, 2015Blog, food and travel, Italy - the north A visit to Friuli in the northeast corner of Italy would not be complete without a stop at San Daniele. Most people who eat prosciutto probably know that there are two widely available types of Italian prosciutto – the one from Parma (in the region of Emilia-Romagna) and the one from San Daniele in Friuli. They are not only from different areas of Italy, but also taste quite differently from each other – the San Daniele is sweeter and less salty than the Parma and I believe that they are cured for different lengths of times. I have read that the Parma type is not only good to eat thinly sliced but is also good in cooking and the San Daniele is better just eaten sliced thinly with some bread. I admit to only buying the San Daniele type, maybe because it is made in the region where my Italian family live.

Last week I was lucky enough to go on a guided tour through the Prosciuttificio Prolongo in San Daniele. Alessio Prolongo, who runs the business with his sister Arianna, ran the tour, which we should have booked online (and didn’t) but he kindly made the time to take us around anyway. We arrived just in time to see dozens of pork legs get their second salting, prior to the start of the 12+ months curing process. 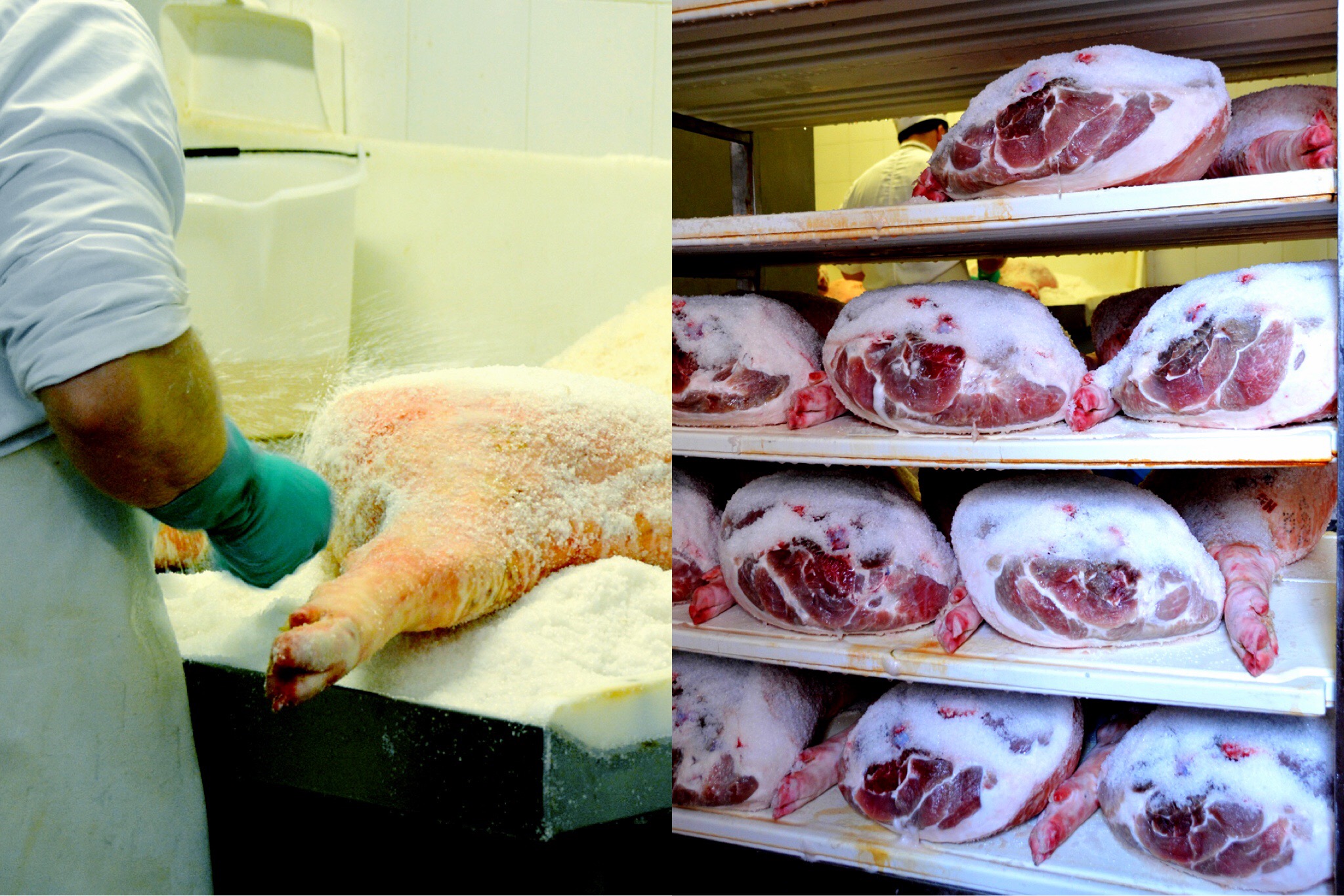 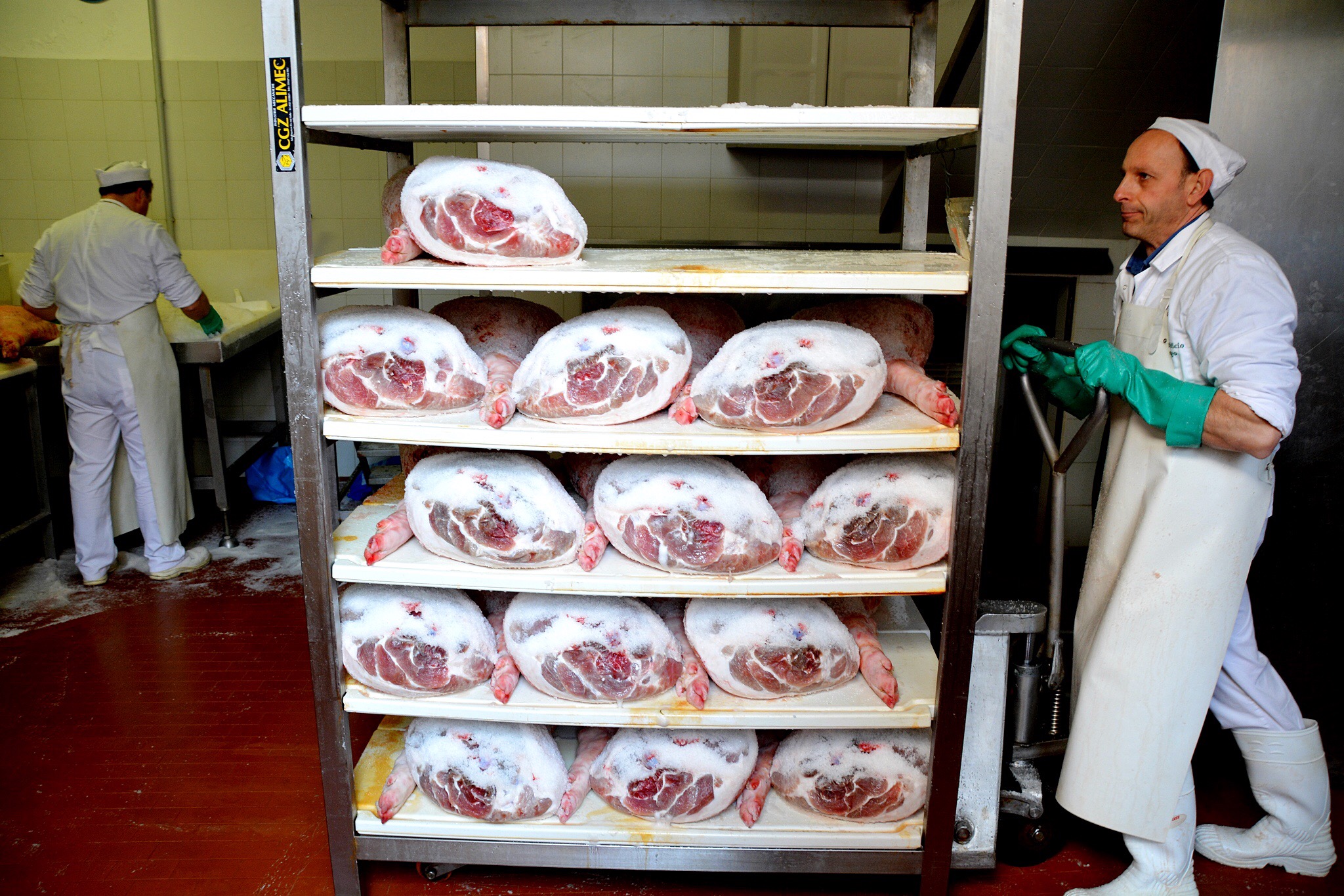 The prosciutti are made using only salt, which differs a bit from how we made them at the Agrarian Kitchen charcuterie class that I did last year. The difference between this Prosciuttificio and many others in San Daniele is that several steps in the curing process are done by hand. This means that there are around 6000-7000 legs produced each year (prosciuttifici that have greater mechanisation will produce that amount in a couple of weeks). The prosciuttificio was started by Alessio’s grandfather Giovanni, and continues to be a family run business. Almost all the San Daniele exported to Australia and the USA is not artisan small-producer prosciutto, although if it carries the DOP certification, it has still undergone the rigorous authenticity process. 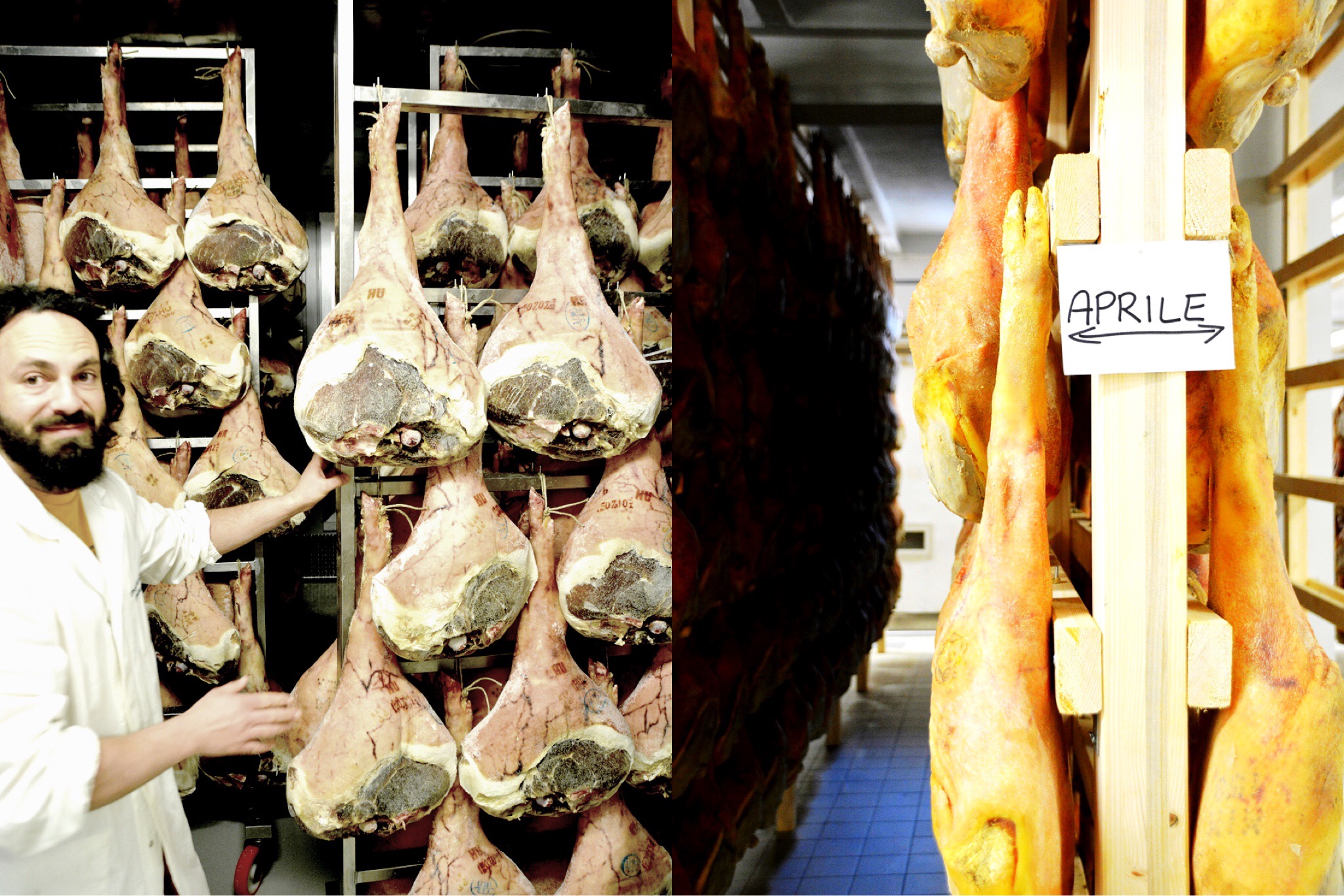 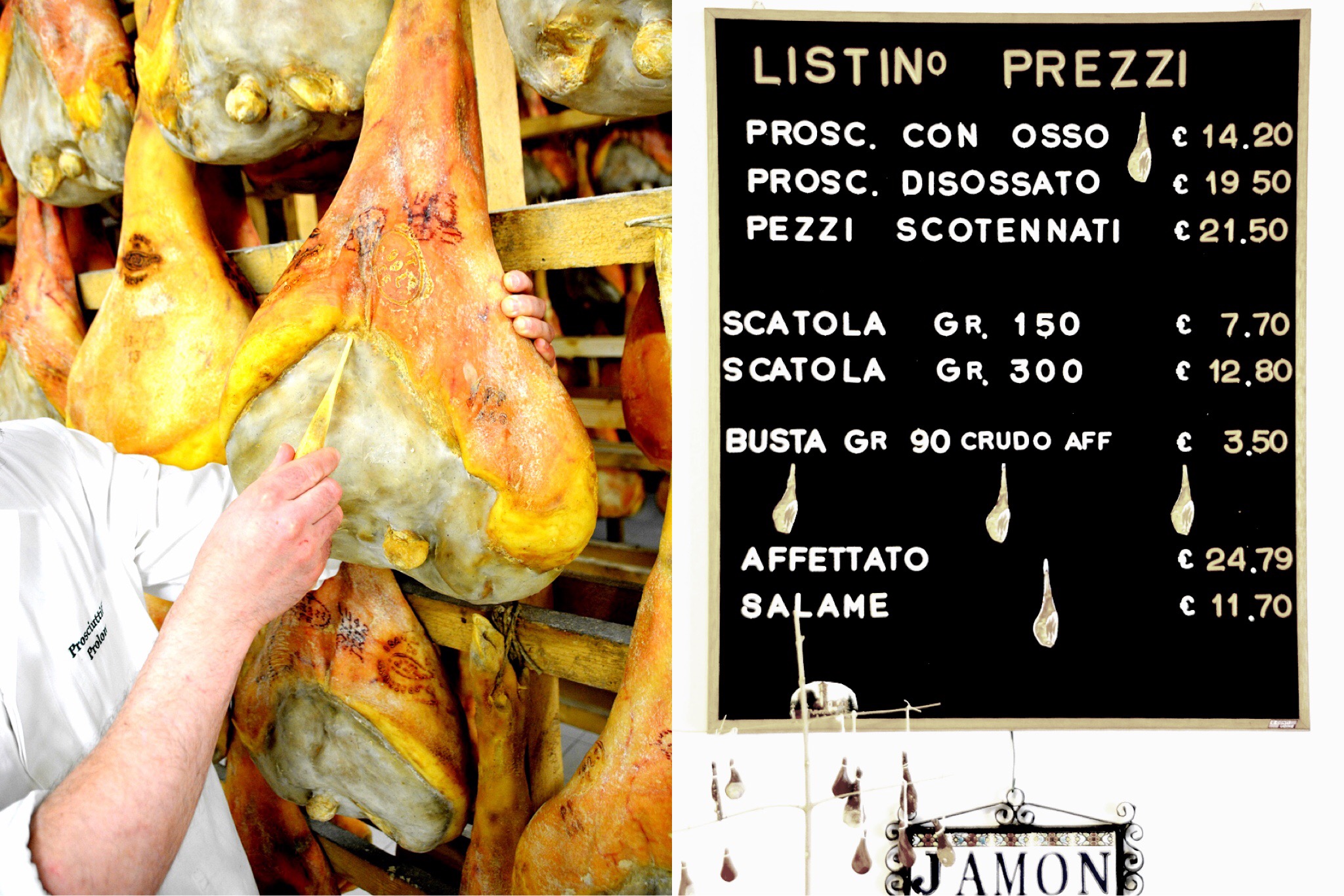 During the tour we learnt all about the provence of the pigs, their diets and the strict process that the prosciutto is put through to make sure you can trace not only what farm the pig was raised, but also who slaughtered the animal, its weight and which prosciuttificio cured the meat. After the prosciutto has lost about 20% of its weight (at around 3 months), the exposed part of meat is covered up with a mixture of lard, flour and pepper, to ensure that the prosciutto does not dry out too much as it continues to cure. The next part of the process is the longest and takes at least another 9 months. The rooms where the prosciutti are hung during this time are built so that the air that enters the room blows through large latticed windows that are in a north/south orientation, which is essential for the traditional curing process to occur. 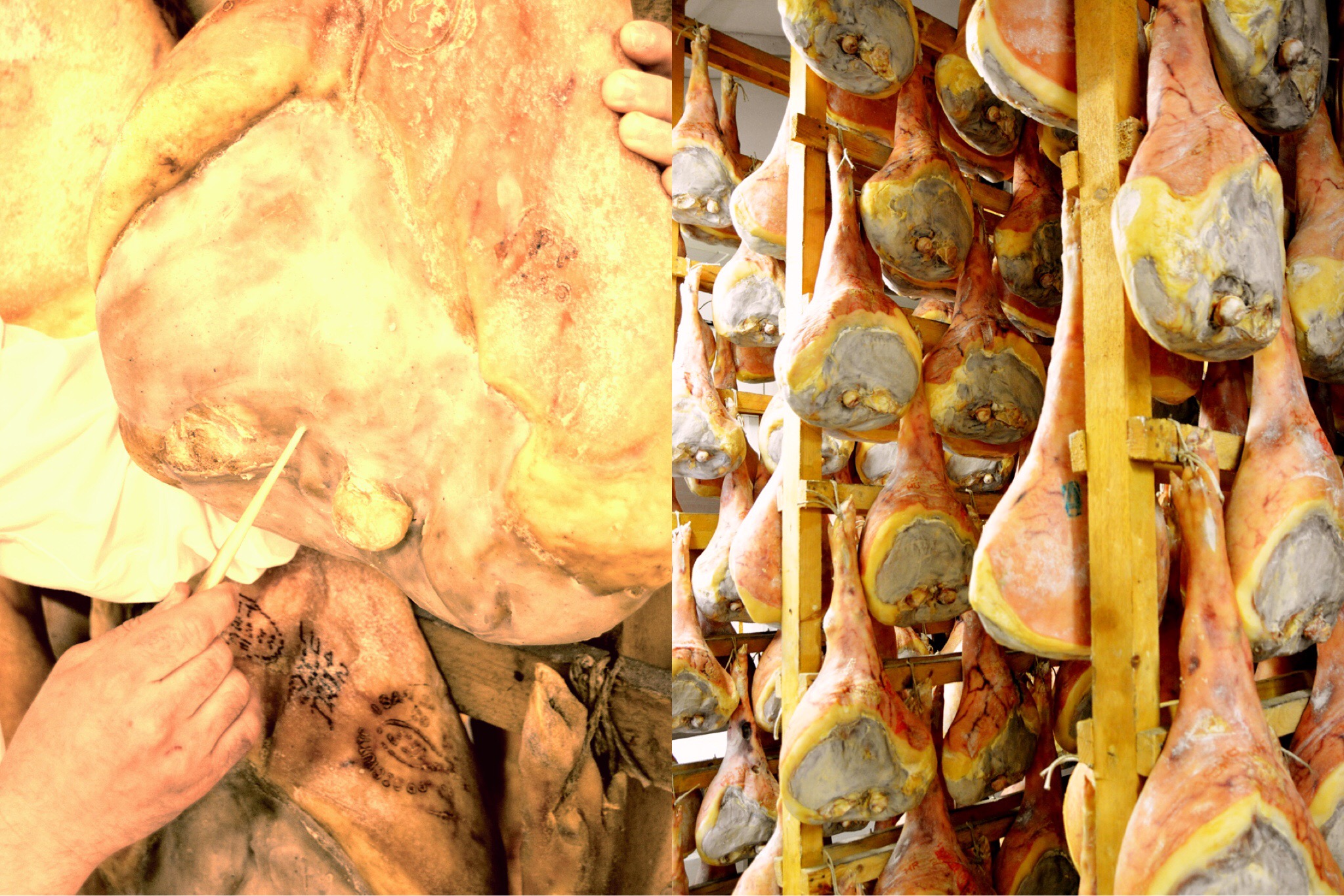 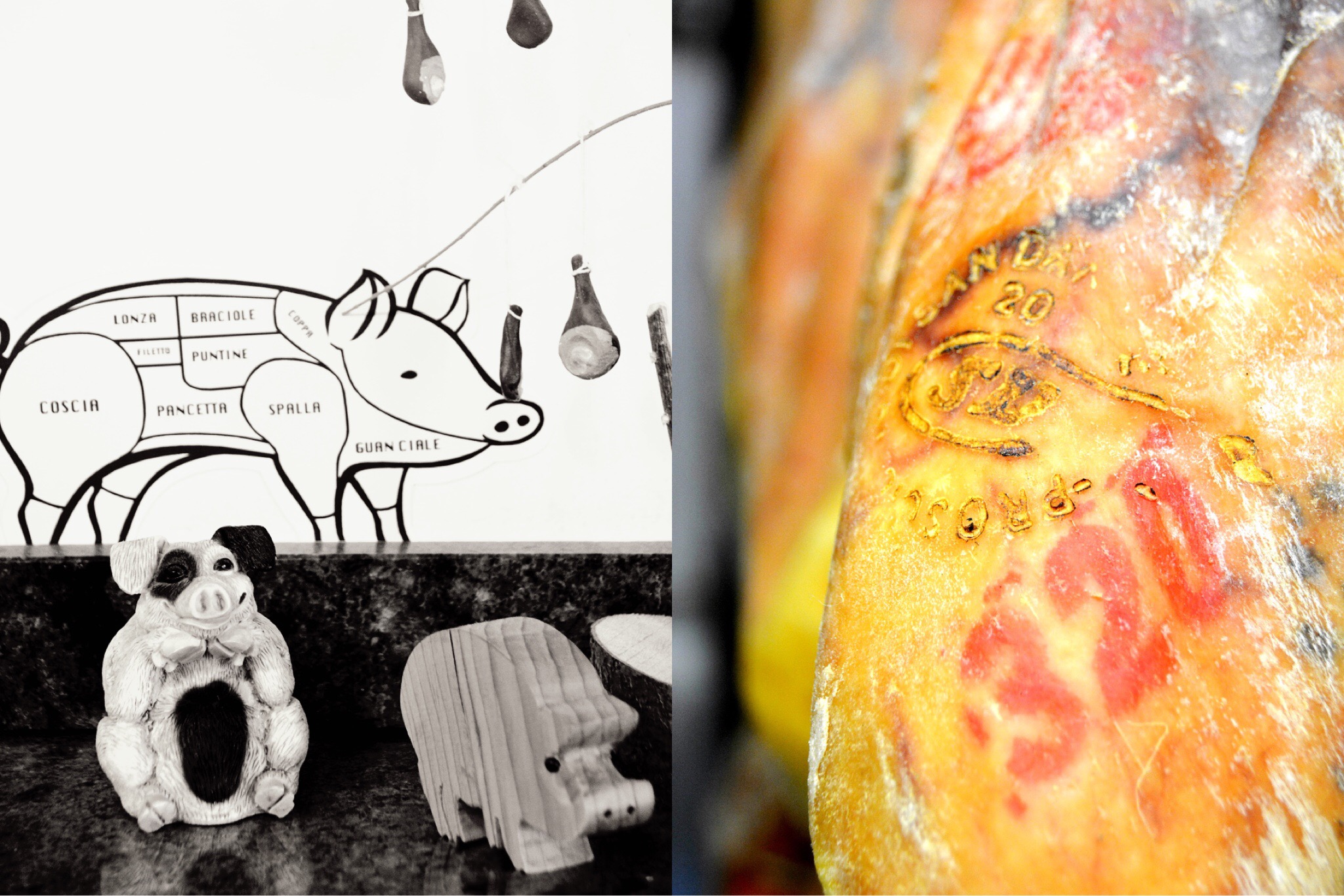 Alessio showed us a rather sharp looking “bone” implement that is used to test the prosciutto to make sure it has cured satisfactorily. It is pierced through the waxy lard covering in a few places and then the tester has a good smell of the bone. Bone is used (rather than a similarly shaped plastic implement) because not only does it momentarily retain the ‘nose’ of the prosciutto (so you can tell if it is progressing well or not), but it also does not retain the smell for every long at all. This means that you can safely test many prosciutti in the one sitting, without the scent of one influencing your consideration of another (in terms of its soundness and its readiness to be sold).

I learnt so much about prosciutti from Alessio and was super impressed with the way his business is continuing family traditions and retaining many manual processes. Alessio gave me a small sample to try – it was really really good. Unfortunately Prolongo do not export their products to Australia –  their supply is too small for that. So I will have to wait for my next visit to beautiful Friuli to enjoy the artisan nature of Prolongo prosciutto again! 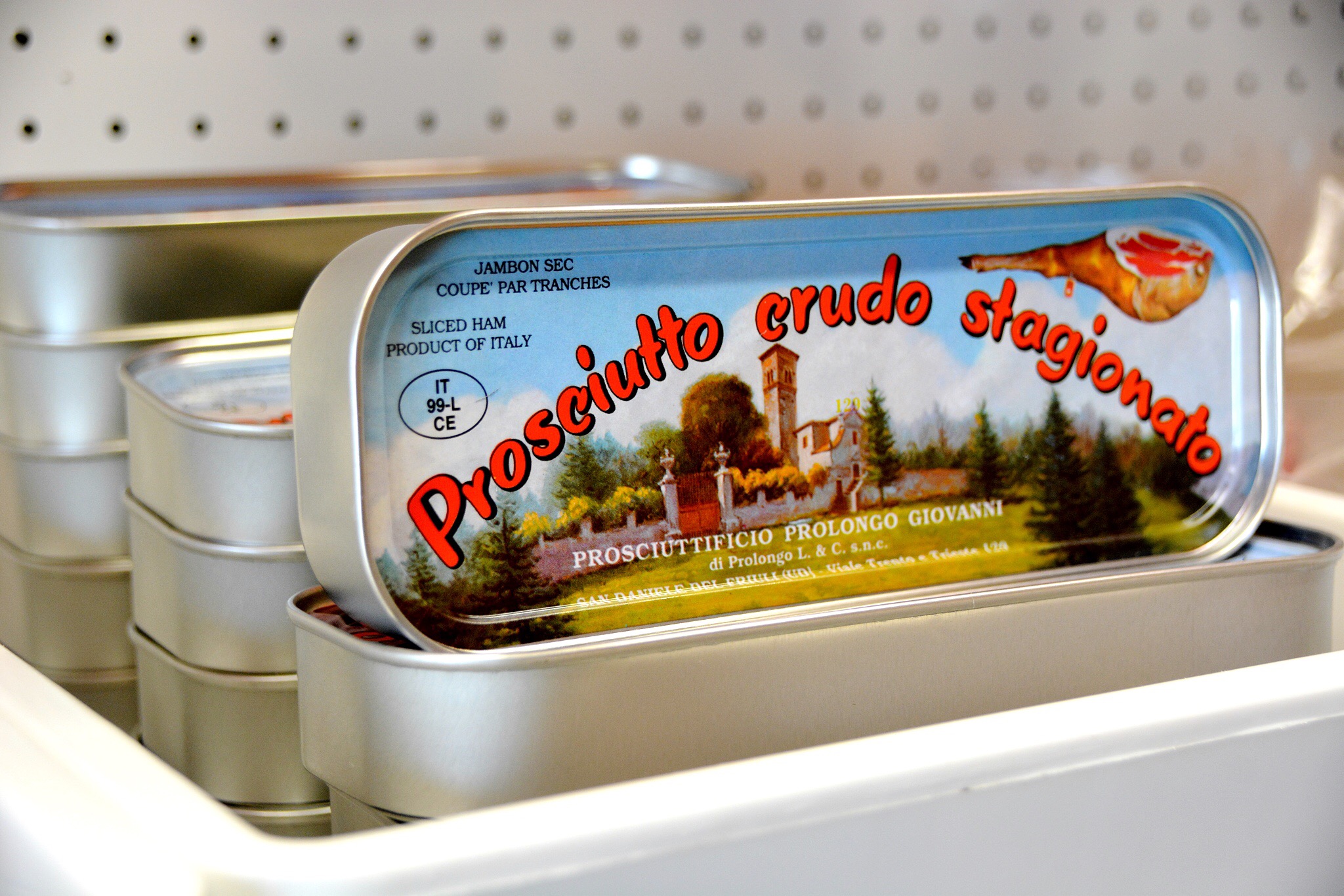