On my recent trip to Central Sicily I quite unexpectedly became fascinated by wheat. The fields were full of it – vivid green patches in the rolling hills that rustled as the wind blew through them – and if you looked closely enough, you might see flowers sprouting in there as well. There were bunches of dried wheat spears in houses. It was a celebration of wheat and really quite beautiful. 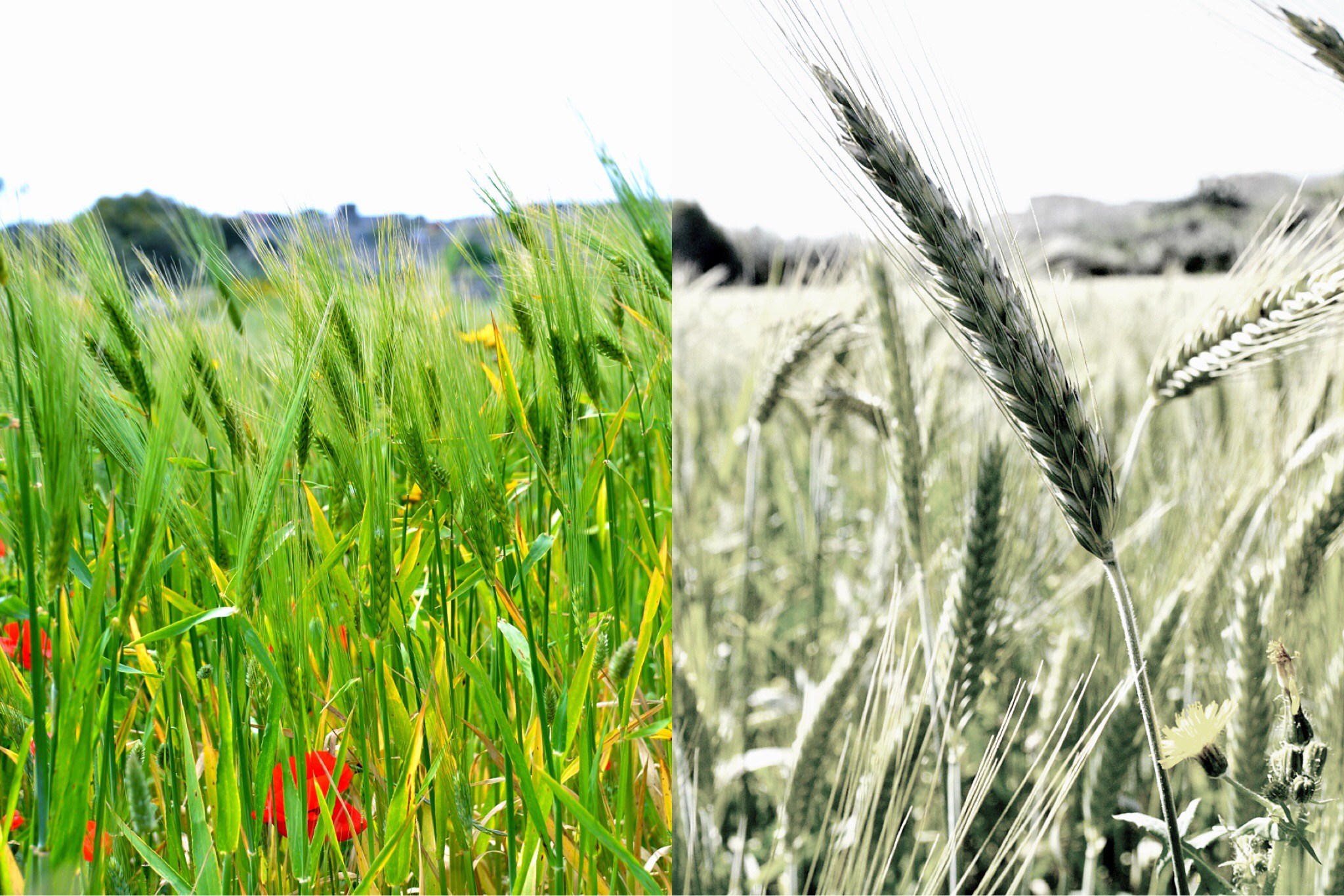 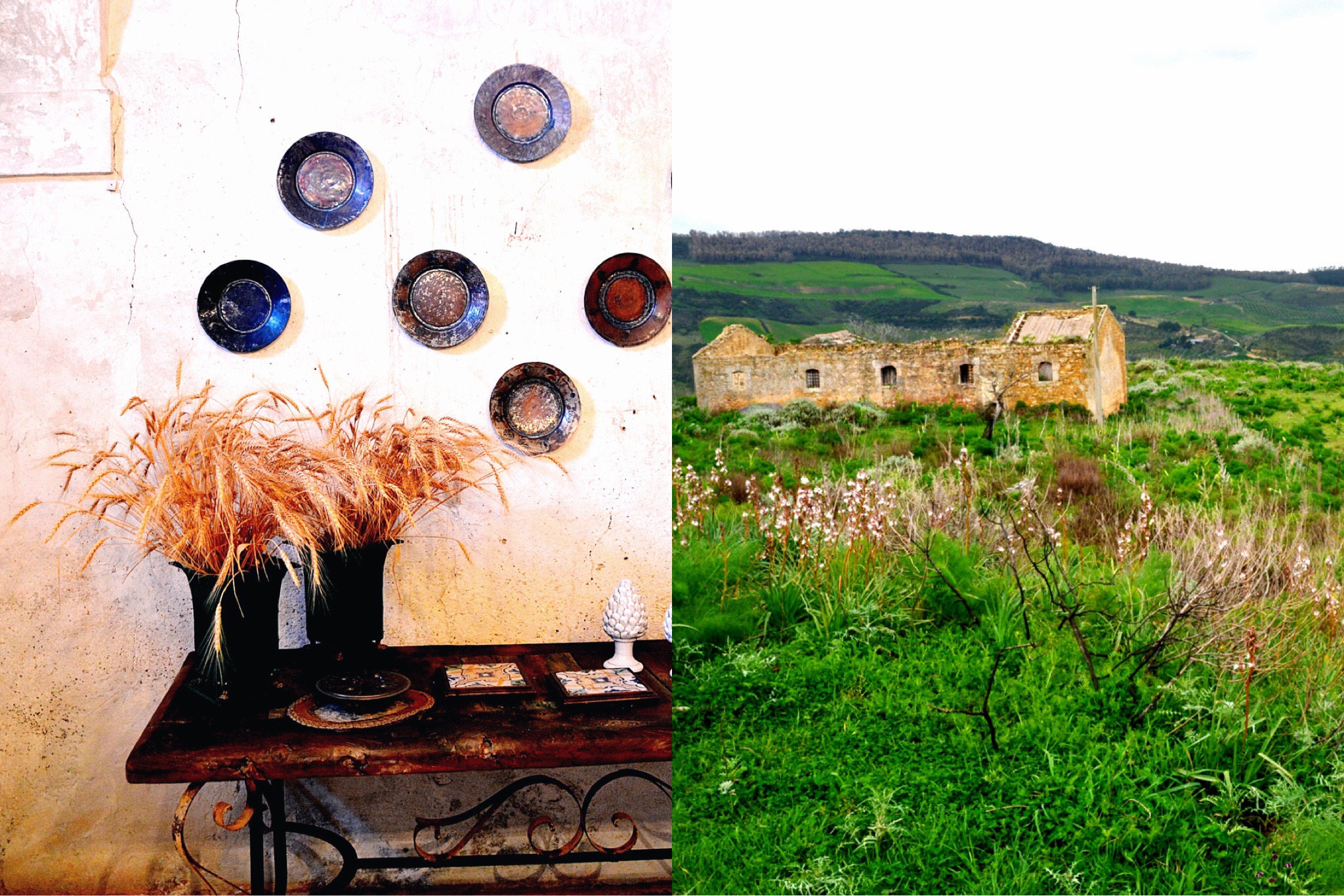 Wheat has been around for thousands of years and in recent times, more ancient and almost forgotten grains are again being cultivated – farro, spelt and kamut. Since seeing wheat growing in Sicily, I have been thinking about the plain white flour I use when baking, how it is produced and its proveneance. I wanted to try baking with a flour made from one of the ancient grains that is not only less processed than regular flour but also has a more complex taste. I was inspired by my friend Giulia who runs a country house called Casale Centurione in Abruzzo. She often uses farro flour and solina flour when baking and making pasta, both locally grown and stone ground. I ate a crostata for breakfast one day when I was there made with farro that was simply delicious. So back in Australia, I went searching for farro flour to make a crostata, and the only wheat flours I could find at the local supermarket were regular plain/all-purpose flour (white and wholemeal) and spelt. So I opted for the spelt.

Now is spelt the same thing as farro? I did a bit of online research about types of wheat and the nomenclature is quite confusing: there is white wheat and red wheat (soft and hard varieties); also durum wheat, spelt, emmer, einkorn and kamut; then there are the Latin names (Triticum aestivum vulgare, Triticum monococcum etc). And there are dozens and dozens of types of wheat that have been cross-bred and they all have different names. I did find out that spelt is Triticum aestivum spelta and farro is Triticum turgidum dicoccum – I think I like the Latin names best, which although being difficult to pronounce, are the botanical names and therefore correct. And now I know that farro and spelt are definately different. And now back to my crostata…. 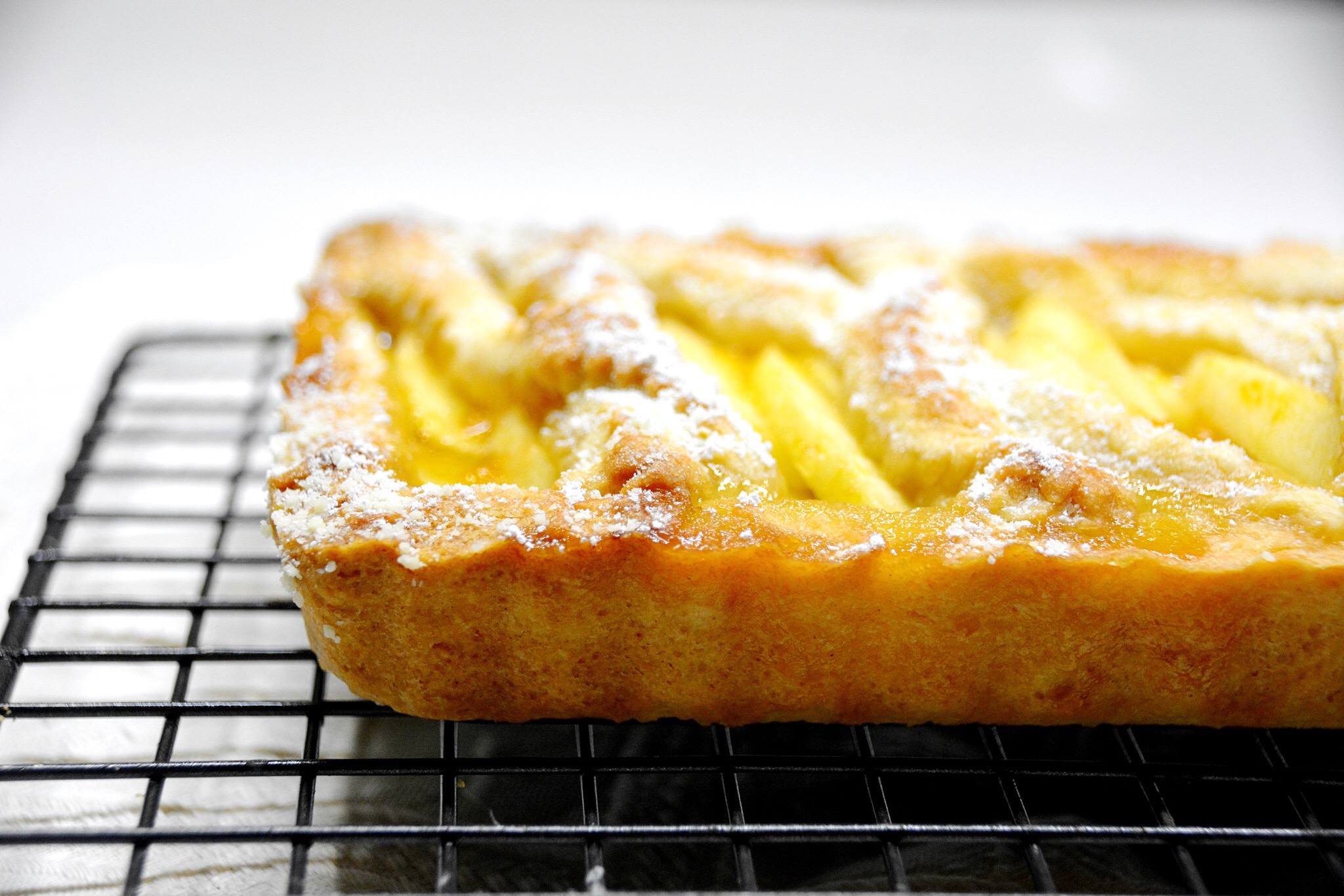 The crostata that I made uses a pastry recipe by Rosa Mitchell in which I directly substitute the plain white flour for the spelt flour. There were no problems at all with that. It worked like a dream, making me wonder why I had never thought of using spelt flour in baking before. The pastry has a bit of baking powder added, so it rises a bit, making it slightly cake-like rather than thin like shortcrust pastry. For the topping I took inspiration from a cake I ate at a restaurant called Mulino Ferrant in Friuli last month. I placed thinly sliced apples over a layer of home-made apricot jam, as well as placing a bit of the jam on top as a rustic kind of glaze. Using a narrow rectangular tart pan made the crostata easy to slice. I love this recipe – it makes the prefect morning tea or Italian style breakfast (yes I am missing being in Italy A LOT) and tastes even better the day after you have made it.

If you want to know a bit more about spelt flour and baking with it, here are the links to a fact sheet and a tip sheet. 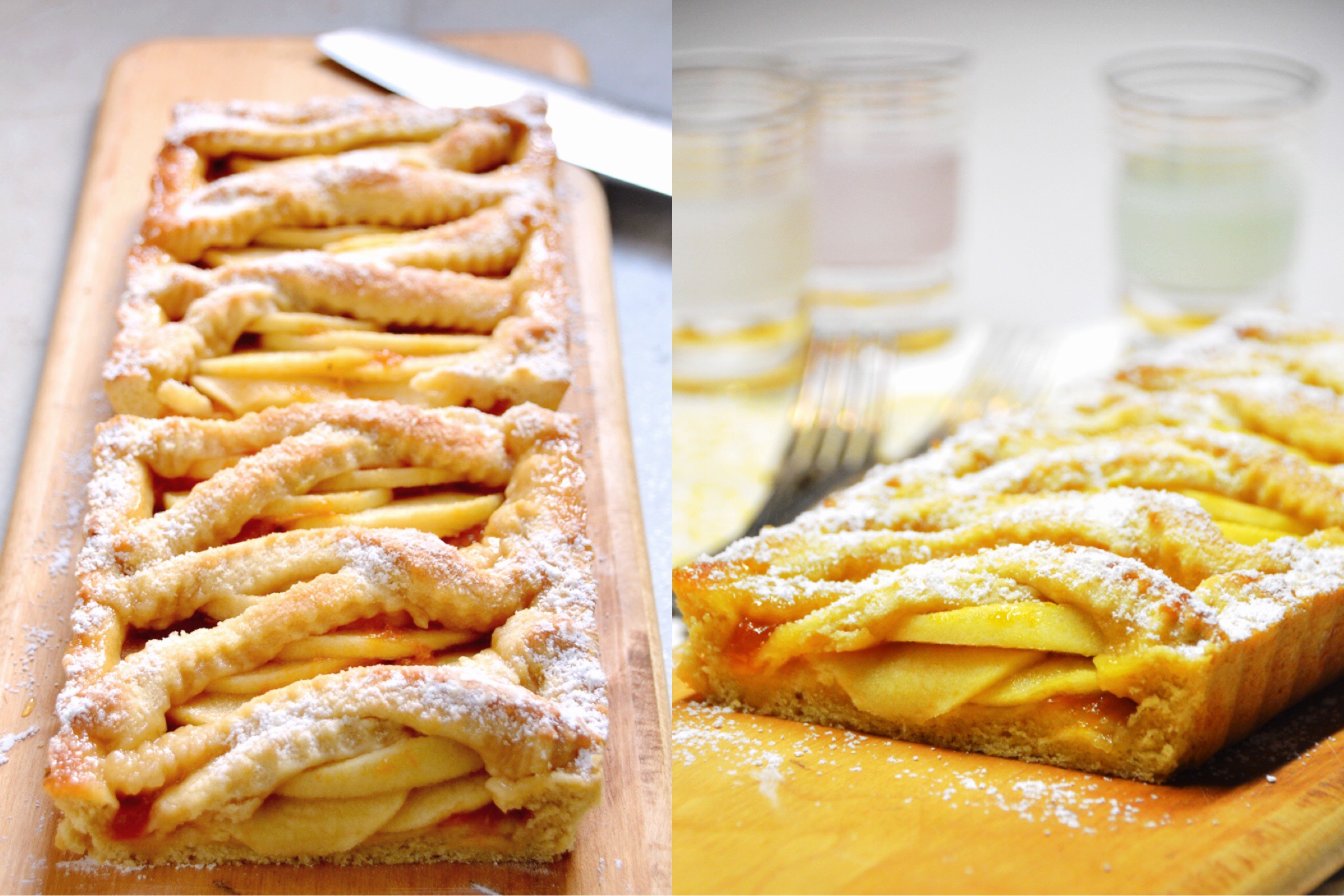 Grease a rectangular tart tin with a removable base with butter and set aside. Place the flour, butter, baking powder, sugar and lemon zest in an electric mixer and mix with a paddle attachment for 2-3 minutes, so that it is a fine crumb. Drop in the egg and Marsala and beat until it just comes together. Tip out onto a floured work surface and knead quickly until smooth. Line the prepared tart tin and press well into the sides. Prick the base multiple times with a fork and place covered in the fridge to chill for about 30 minutes. You will have some dough left over, that you should roll out so that it is the same thickness as the shell. Cover it in plastic wrap and place it in the fridge to harden a bit. Preheat the oven to 200C (400F).

Remove the pastry from the fridge and spread the apricot jam on the pastry base, using the back of a spoon. Layer the apples on the apricot jam. Heat another tablespoon of apricot jam (preferably without apricot pieces in it) in the microwave in a ceramic bowl for 15 seconds and then spoon this over the apples to make a rustic glaze. Place the tart in the fridge whilst you prepare the remaining pastry. I used a fluted wheel to cut strips but if you don’t have one, use a butter knife to cut strips on the extra pastry. Remove the tart from the fridge and place the prepared pastry strips as a lattice over the apples.

Bake the tart for around 30 minutes. I dropped the temperature to 180C (375F) after 10 minutes as the crust was browning too quickly, but it depends on your oven. Cool on a wire rack, dust with icing sugar and serve.