It was my zia Dina’s 83rd birthday in July and I was staying with her in Monfalcone on the day. The first surprise for the day was being greeted by three giant bunches of flowers when she opened the front door of her apartment first thing in the morning. The second was a series of unexpected phone calls wishing her a happy birthday from friends and family all over the globe. 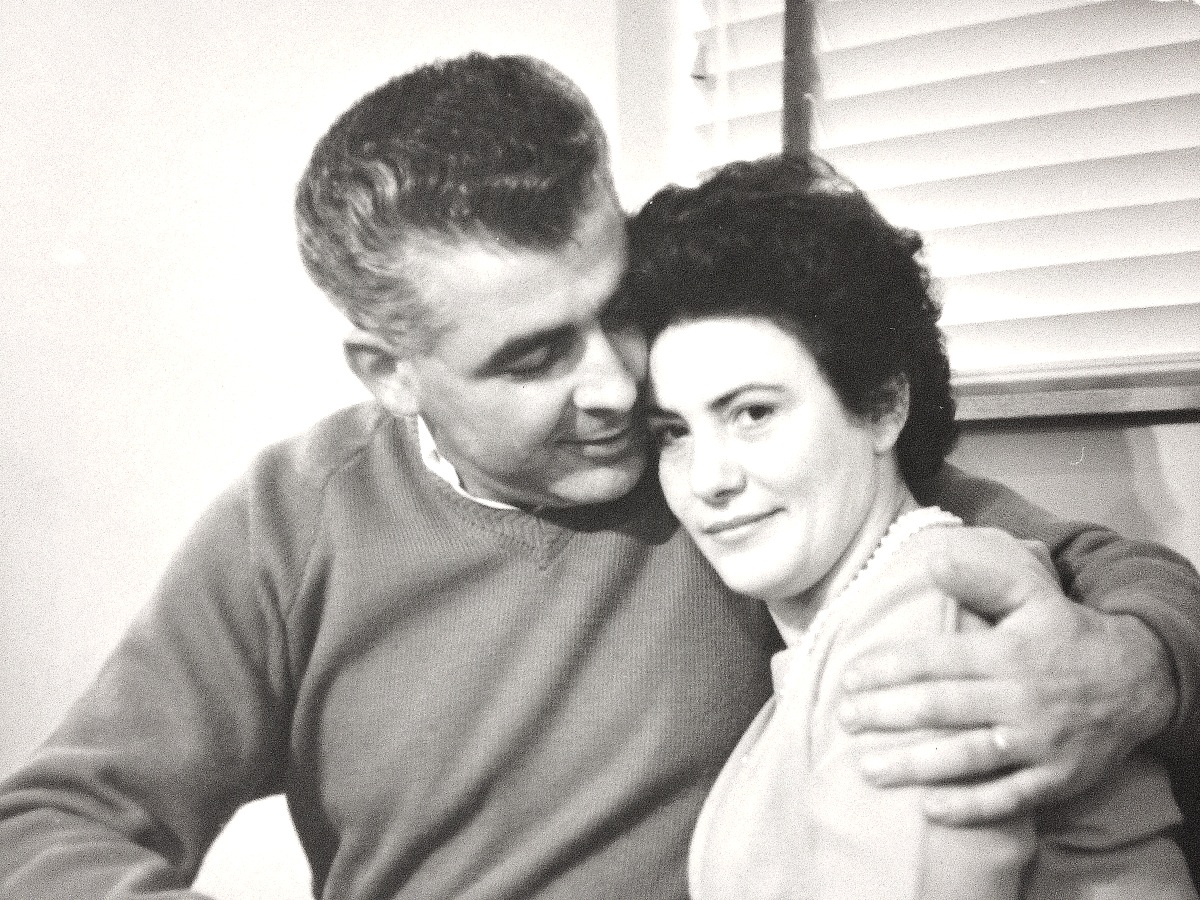 A young Dina, when living in Australia with her husband, Livio

The third was cooking a fantastic meal for lunch (which she insisted on doing) – not an easy feat when it is 33 degrees and you have just turned 83 – and having me photograph it all for this blog post. The latter is a bit difficult to comprehend for those not technologically minded – so I explained that I was “taking photos for the internet”. I think she understood what I meant! She had some experience of my photo taking and incessant question asking when I was writing a blog post about what my zio Livio eats for breakfast. 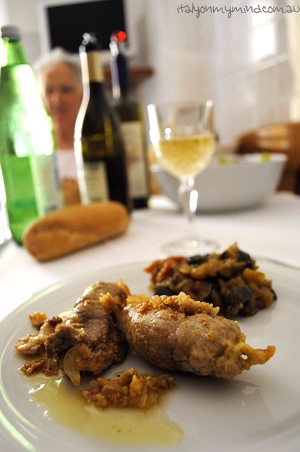 Zia (aunt) Dina made uccellini (little birds) – though it is nothing to do with poultry. It involves placing a filling on a thin slice of pounded veal and then rolling it into an involtino (a roll). It is then pan fried with white wine which makes a tasty sauce to spoon over the cooked involtino. It is a very easy meal – and the involtini are lovely cold, sliced in a bread roll with salad ingredients. 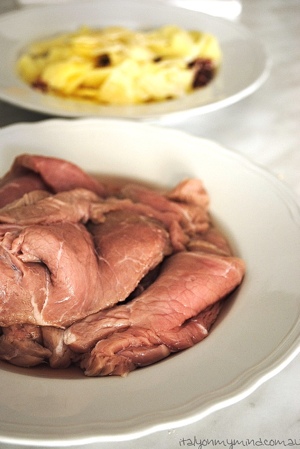 If veal isn’t your thing, you could substitute yearling beef or pork, though you may need to adjust the cooking time slightly. Involtini are a simple meal idea- you can stuff the meat slices with lots of different fillings. I had them at my cousin in Padova’s place stuffed with red radicchio or you could use different roasted vegetables and cheese. 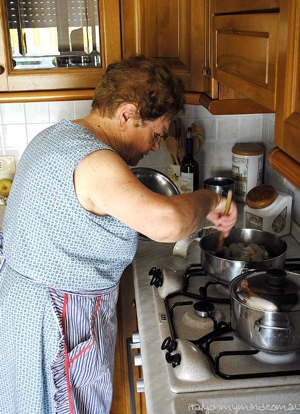 You can serve them with some mashed potatoes or as we did for zia Dina’s birthday, with some lovely peperonata. Serve 2 or 3 involtini per person. Remember to spoon the sauce over and scrape up any delicious crusty filling that may have escaped from the involtini from the bottom of the pan. My zio Livio served us some lovely local chilled Soave that day, which complemented the dish perfectly.Buon compleanno zia!

Place the cheese, pieces of capocollo/prosciutto, beaten egg and breadcrumbs in a small bowl. Add some black pepper (the other ingredients are sufficiently salty). Mix well. Place the filling on one end of a slice of veal, which has been pounded so it is 3 to 4 mm thick. Roll up the involtini and tie together with kitchen string or close the involtini with one or two toothpicks so that the filling is enclosed by the veal. 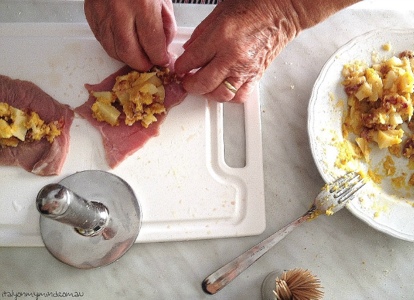 Heat a good glug of olive oil at medium heat in a saucepan into which all the involtini fit in one layer. Add the chopped onion and give it a stir so that the olive oil covers the onion and cook for a few minutes until the onion becomes translucent. Place all the involtini in the pan and cook until the outside is browned (you will need to turn them over and this should take about 5 minutes). When they have browned, add the wine and the sprig of rosemary. Turn up the heat until some of the liquid starts to evaporate. Turn down the heat, cover and cook for about 15 minutes until the involtini are cooked through and the onion has caramelized and has almost dissolved. 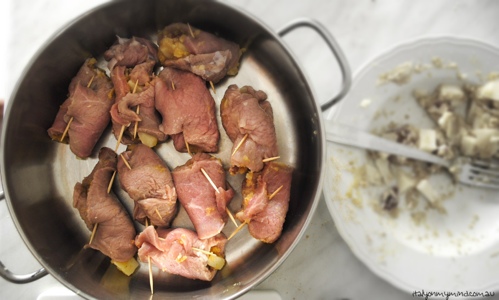 Check the pan every few minutes to make sure the involtini are not sticking to the base of the pan and turn them over. If the pan is too dry, add a bit more wine. Do to cook involtini for more than 25 minutes at the most – 20 minutes total cooking time will generally do. Remove pan from the heat and allow to rest for a few minutes before serving. 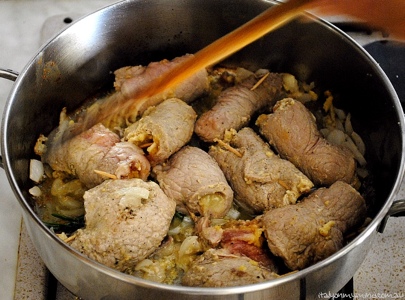