If I lived in Rome, I would live in Testaccio. On the river Tevere/Tiber, it is the former centre of food trade for old Rome. It takes its name from Monte Testaccio, an artificial hill made by bits of broken amphorae (also called testae) which were used for transport of wine, oil and grain amongst other things. It is also where the old abattoir, which has now been converted to a modern museum/art space was. And it has a fabulous selection of food vendors and markets. I went on a very filling (and delicious) Testaccio Eating Italy food tour in Rome in March this year. 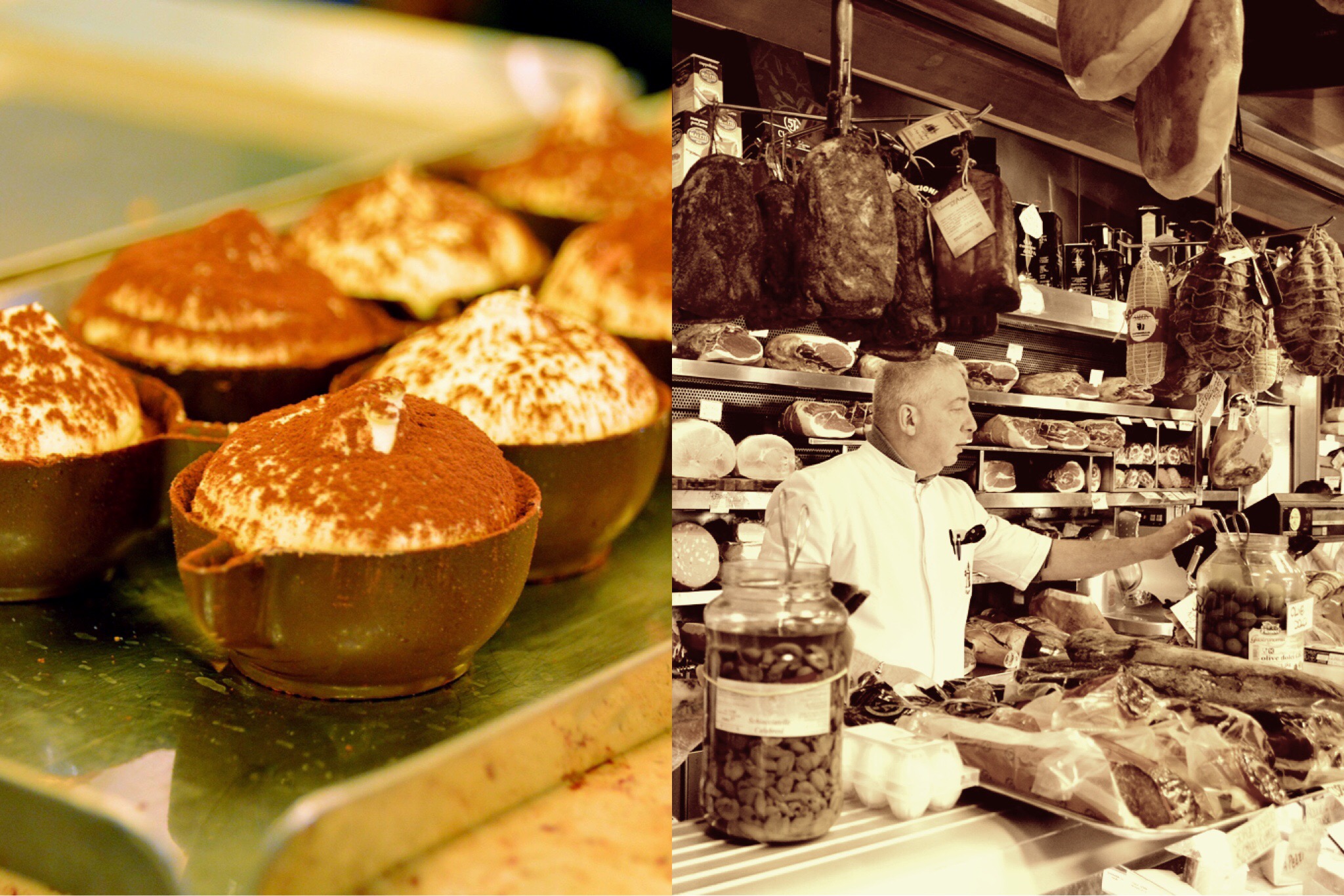 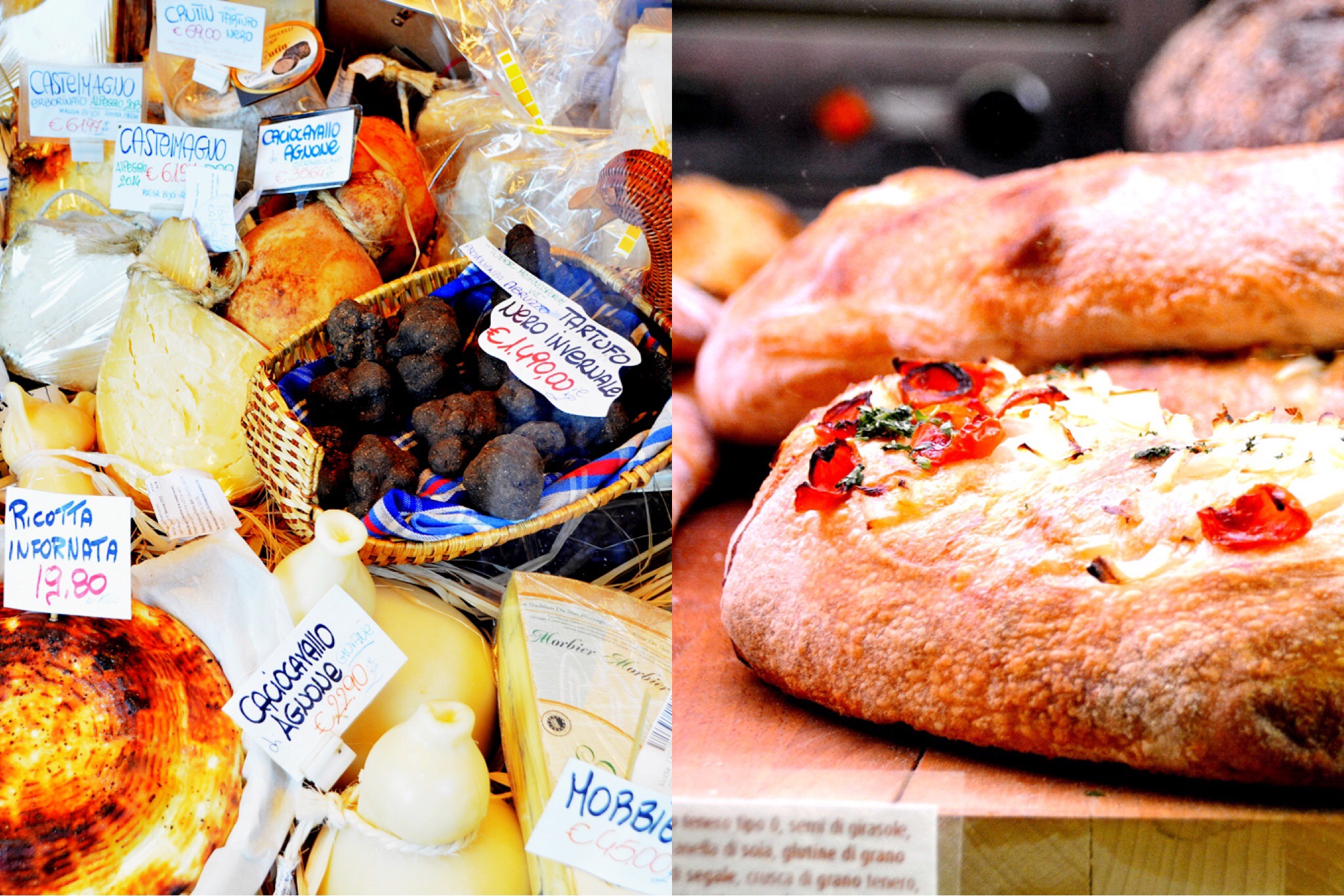 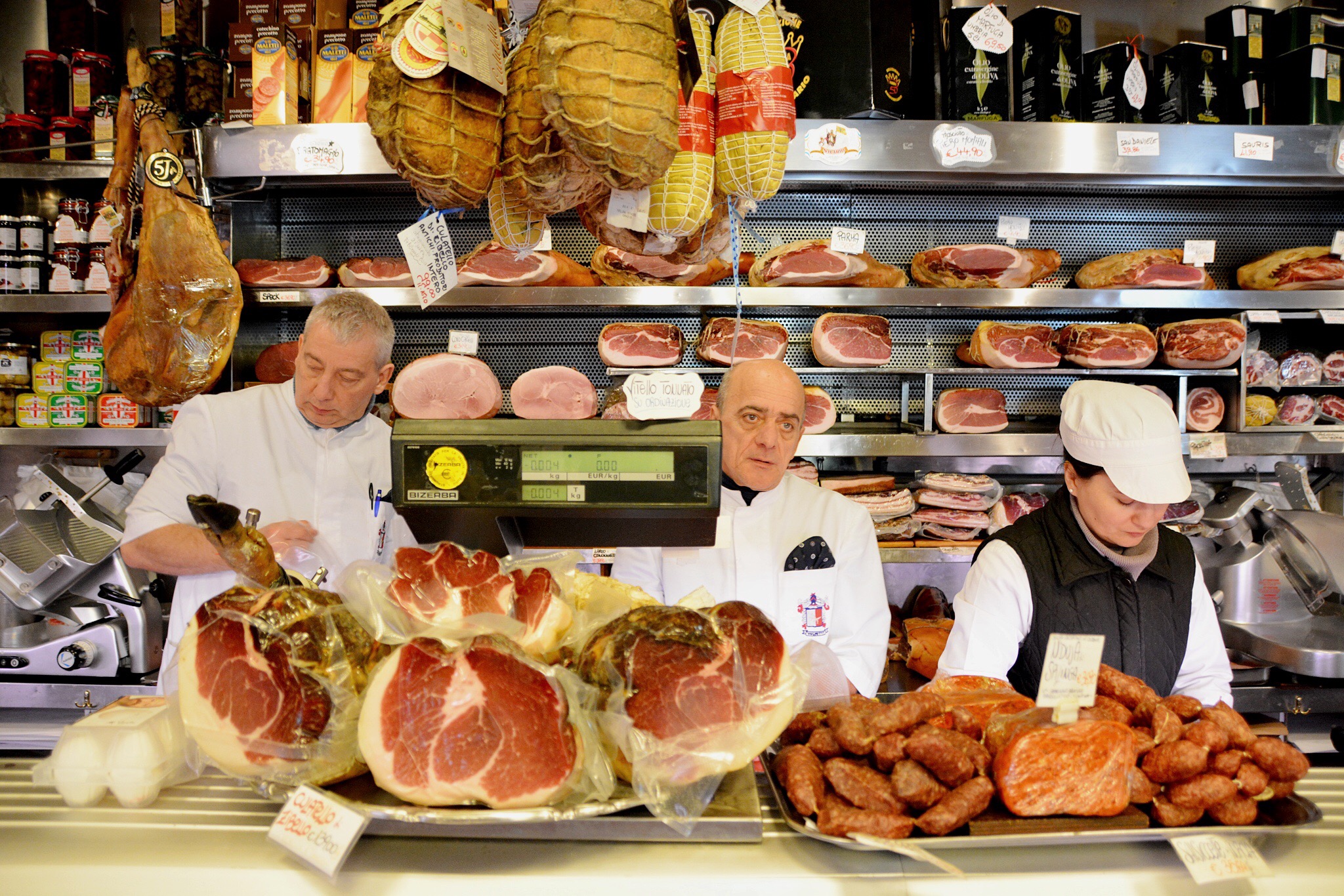 Domenico (from Philadelphia USA but now living in Rome) was our knowledgable and very engaging guide during this 4 hour tour, that took us through the streets of Testaccio. The tour included eating ﻿﻿pastries at Barbarini, and a visit to Volpetti (the BEST delicatessen in Testaccio) for prosciutto, cheese with truffles and parmigiano reggiano. 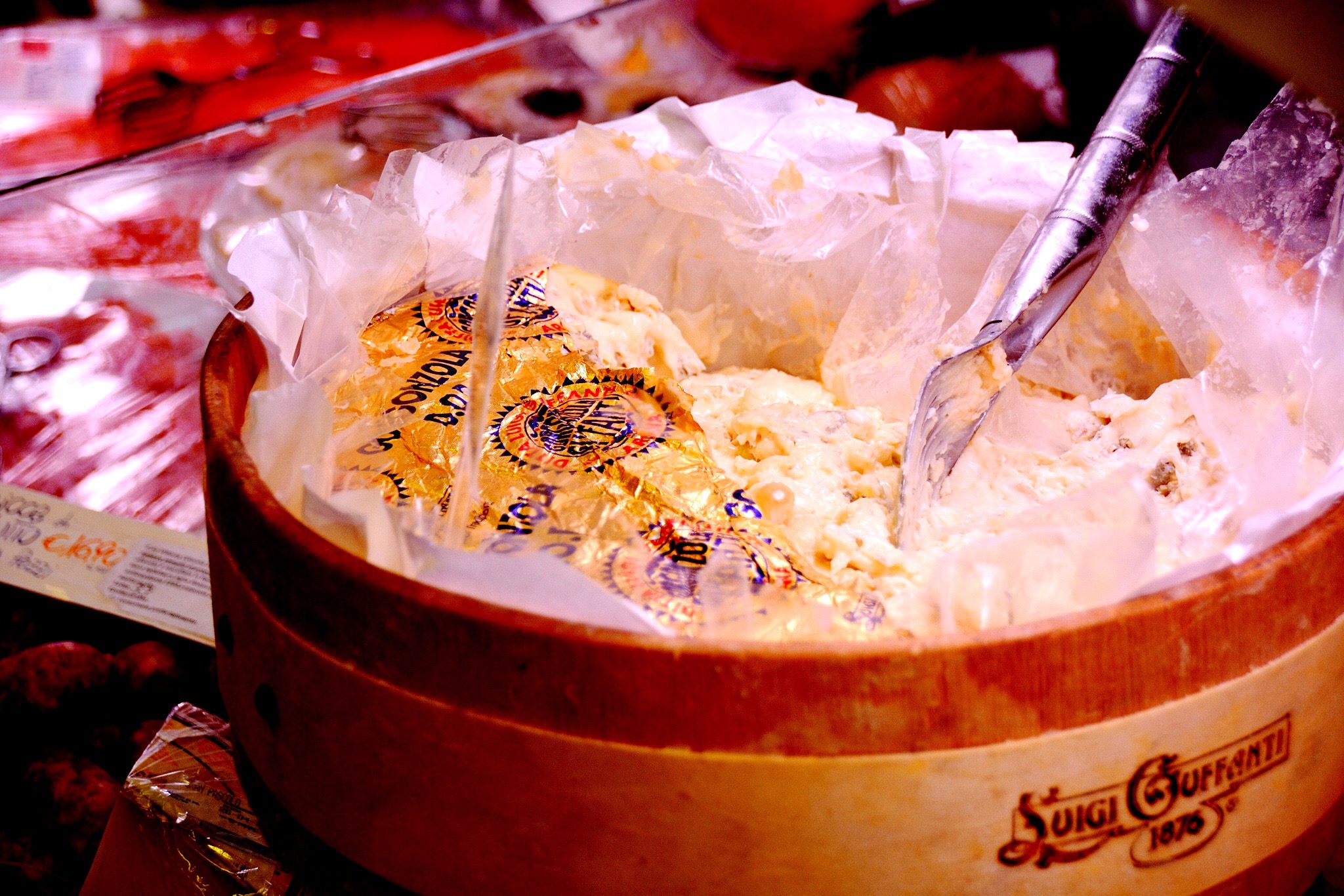 We also had pizza at Volpetti Più and visited the Testaccio covered market (we met, amongst others, Costanza who filled a whole lot of Sicilian cannoli for us and the very gentle Cesare, the butcher). The market has butchers, fruit and veg sellers, delicatessens and a whole lot more. 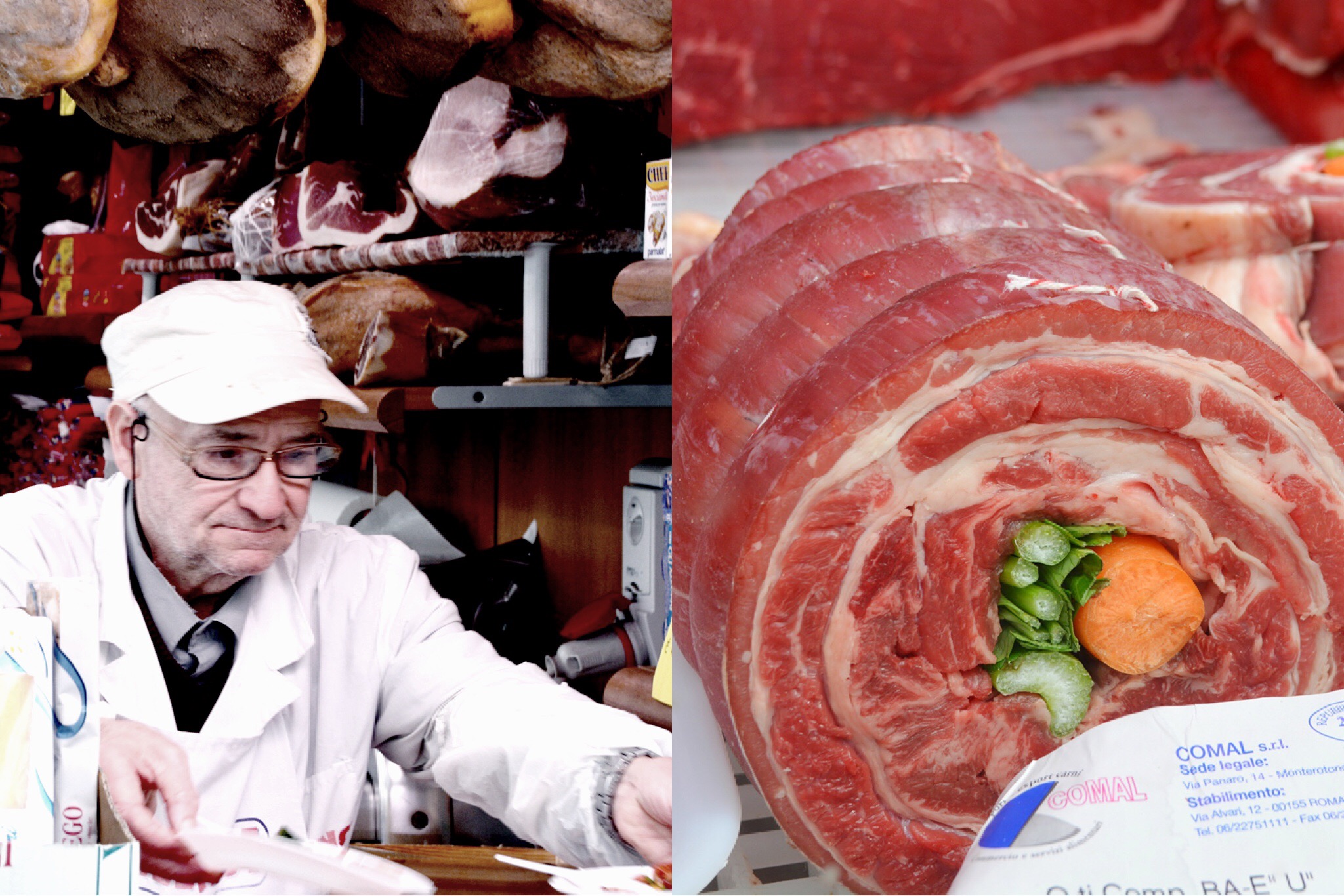 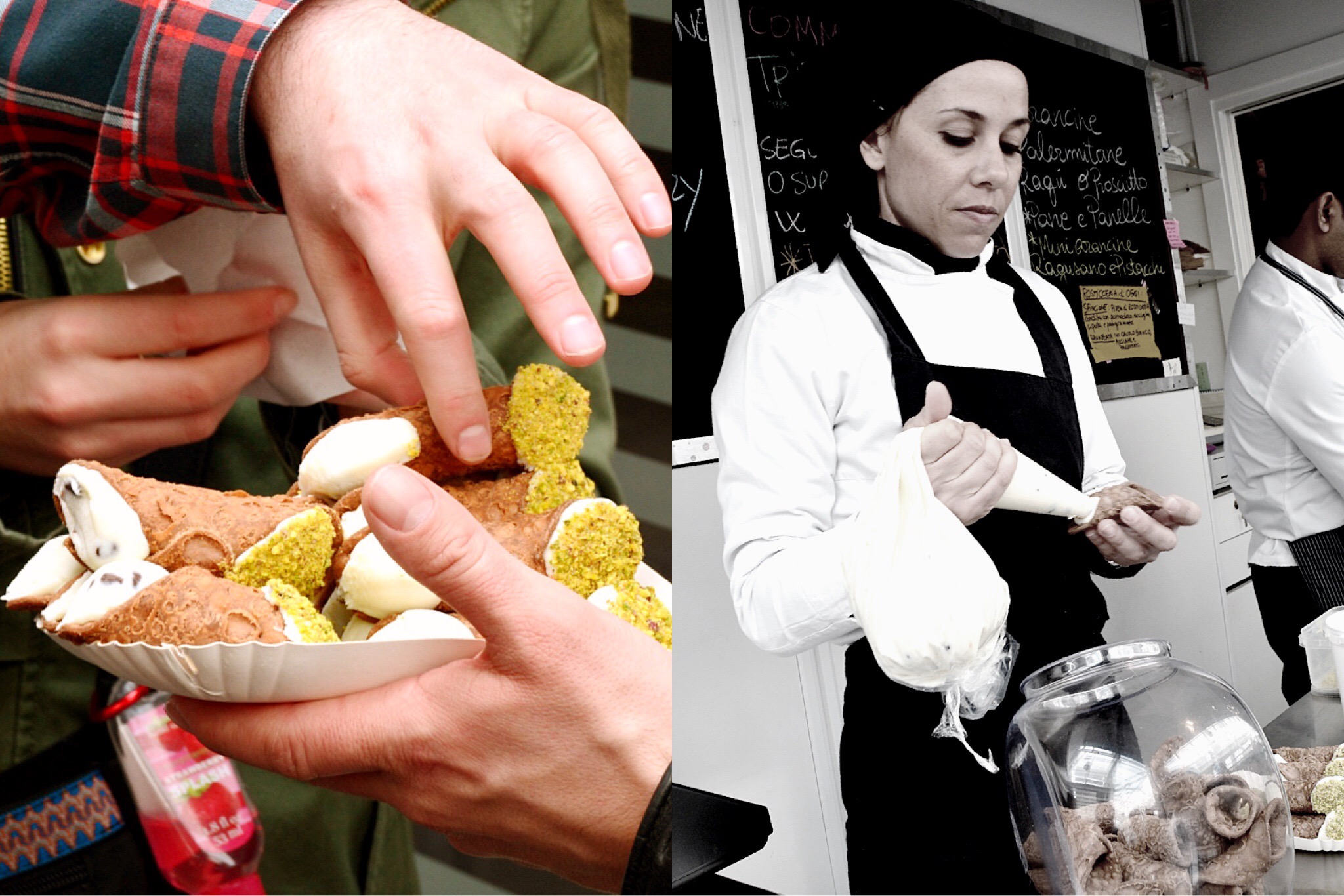 Other highlights of the tour include a visit to the non-Catholic cemetery (which includes the grave of English poet Keats), to the former Testaccio slaughterhouse, and to eat not one, but THREE different types of typical Roman pasta at Velavevodetto, that apparently won an award for the best carbonara in Rome. 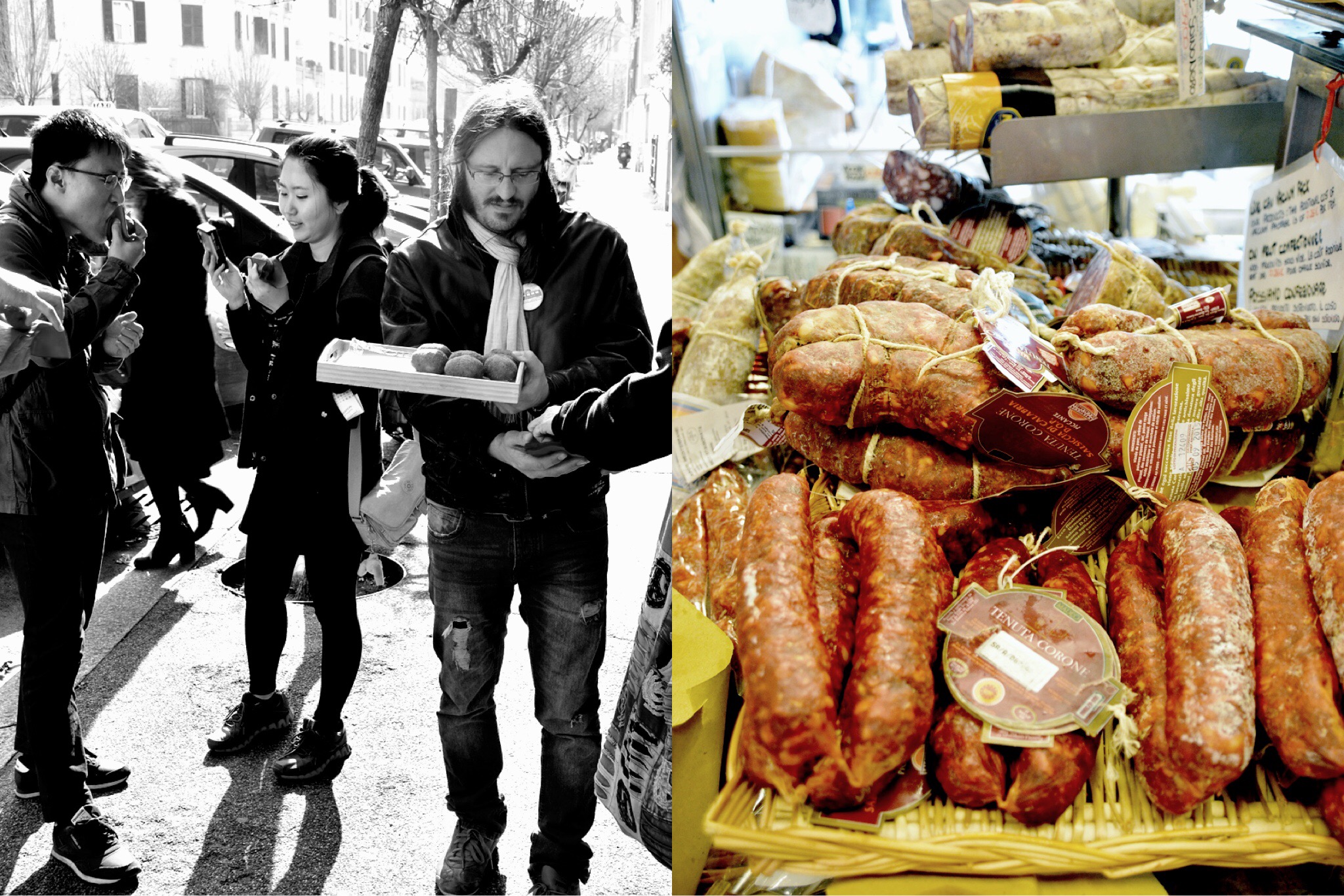 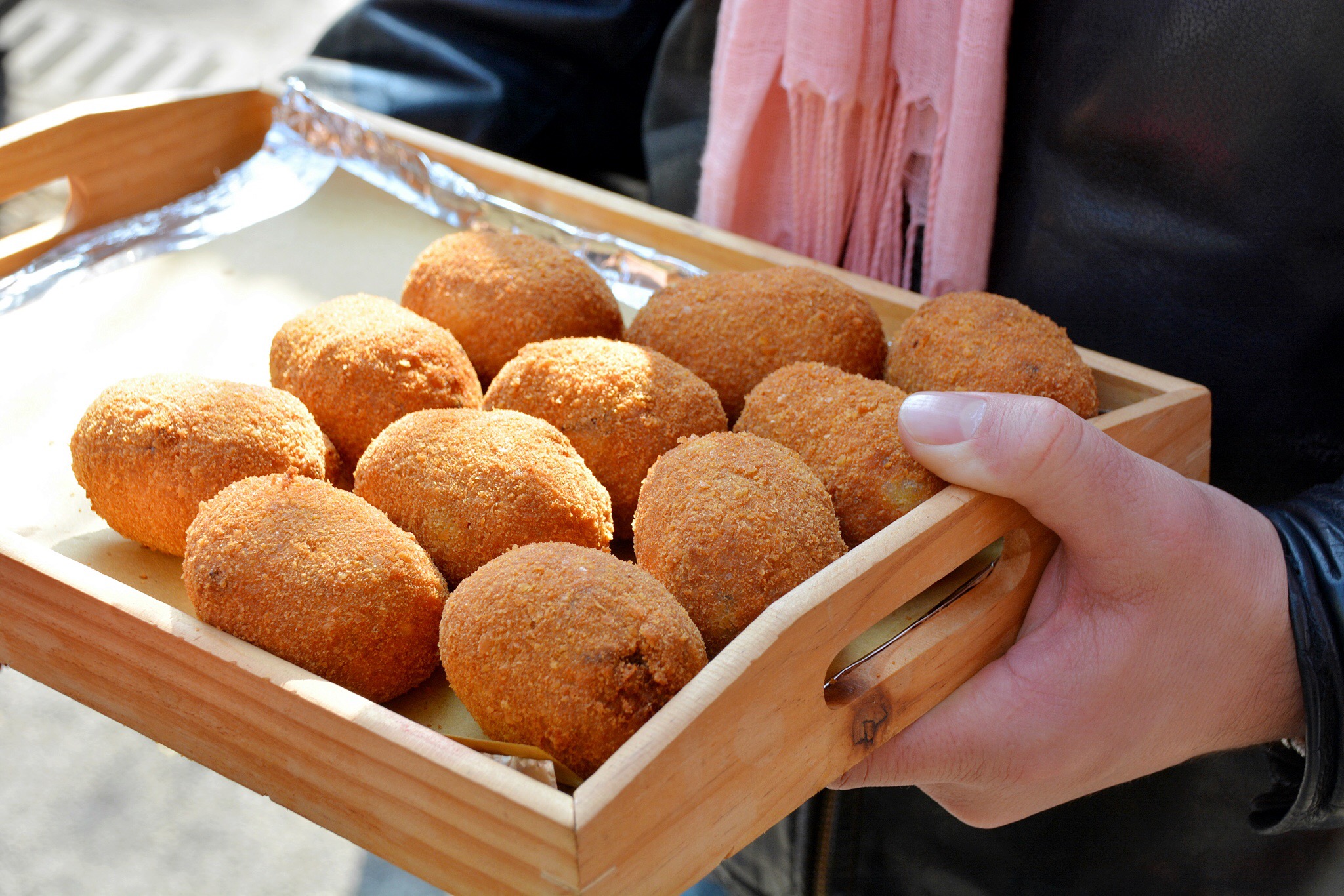 As if that wasn’t enough we followed this with some amazing supplì (like arancini, fried ball of risotto with melted cheese in the middle) and later on, a gelato at Giolitti, were you get to choose two flavours of ice cream made the old-fashioned way and served with whipped cream (a Roman speciality). If Armando, who serves the ice cream to you does not think the two flavours you have chosen go together, he will let you know in no uncertain terms! 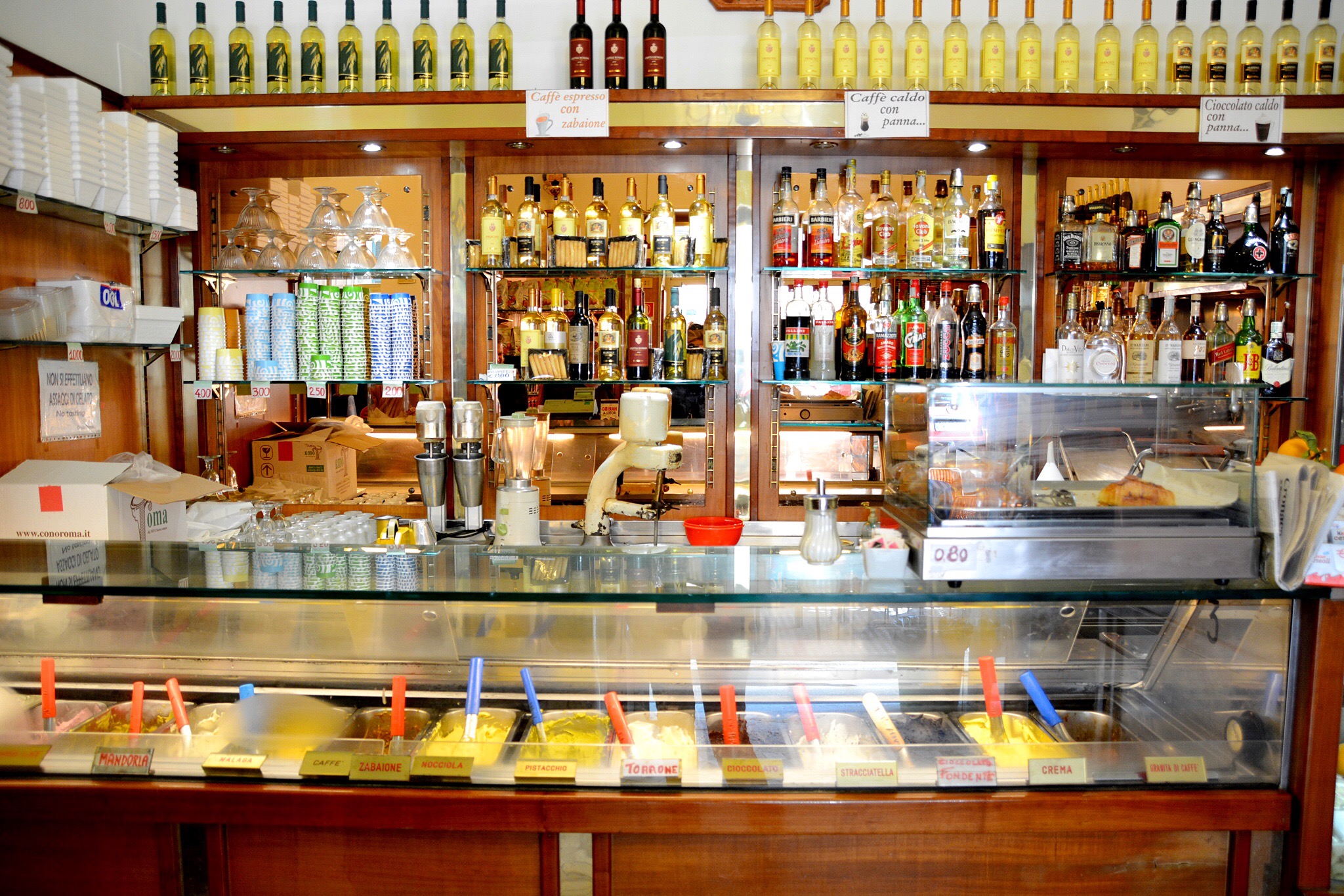 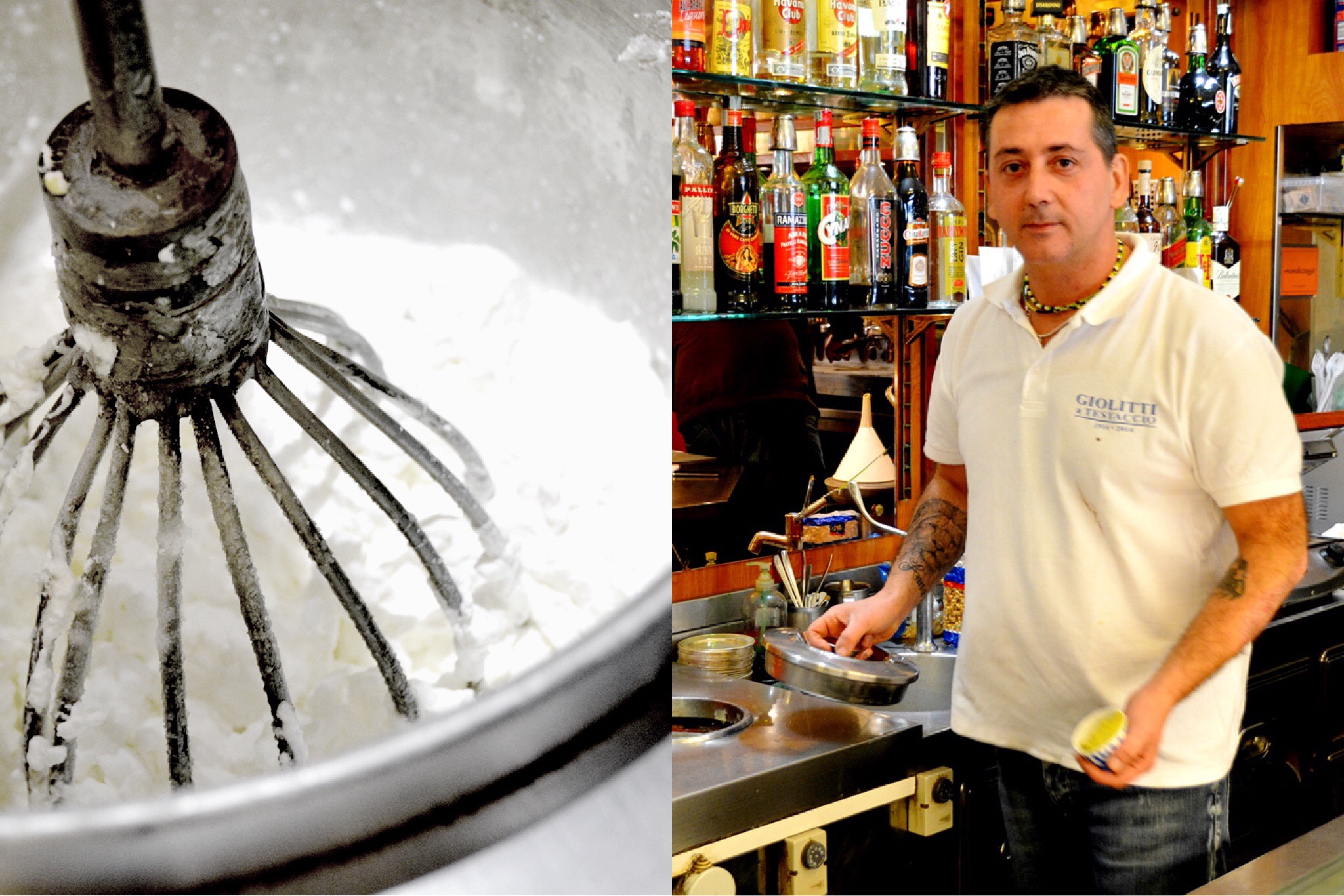 I have been on lots of food tours but found this one particularly enjoyable. The tour is plotted on a map, that you get at the start of the tour, just in case you want to re-trace your steps on another occasion (which I might just do now that I am back in Rome for a couple of days before returning to Australia). The amount of walking around and looking at non-food attractions helped with making sure you didn’t eat too much (though I steered clear of dinner the night of the tour) – and the food was seriously delicious. It also ensured that I fell in love with Testaccio – which feels part residential, part foodie and part hipster. I think it would suit me to a tee if I ever lived in Rome. 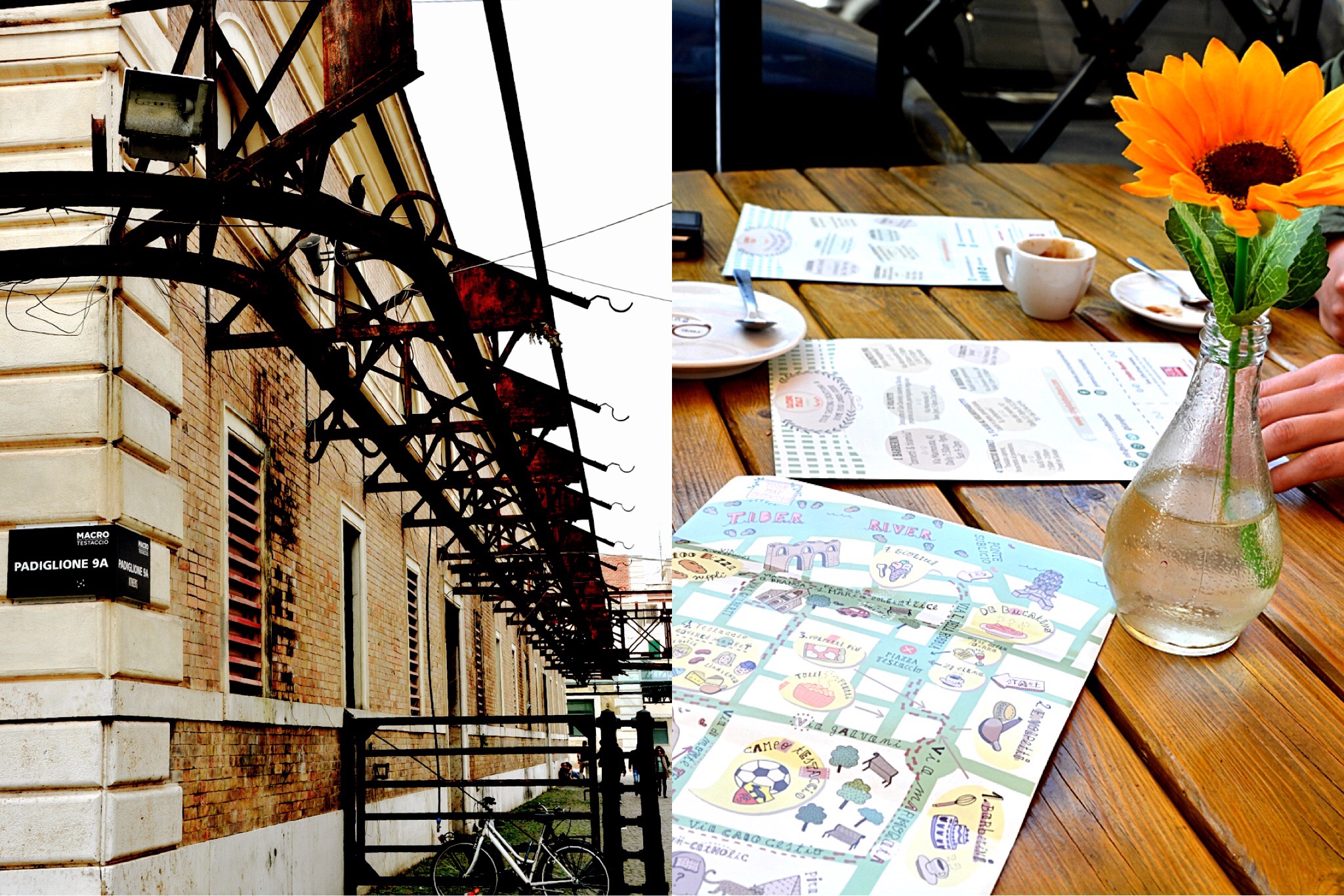 I was invited by Eating Europe to be part of this food tour. All opinions and photos are my own. ﻿