In summer I love antipasti – light small spuntini – that I can have with a drink to unwind. Being Italian, I also adore bread and would never subscribe to a diet that did not include carbohydrates. My uncle Fide (Fidenzio), now sadly passed away, would not eat a meal that did not include bread. He ate bread with pasta, bread with gnocchi, bread with pizza. In fact if there was no bread, he would simply not eat! He was also happy if he had grissini, which are thin bread sticks, always found on the table in restaurants in Italy. They are generally eaten while you are deciding what to order on the menu, as an antipasto or appetizer. 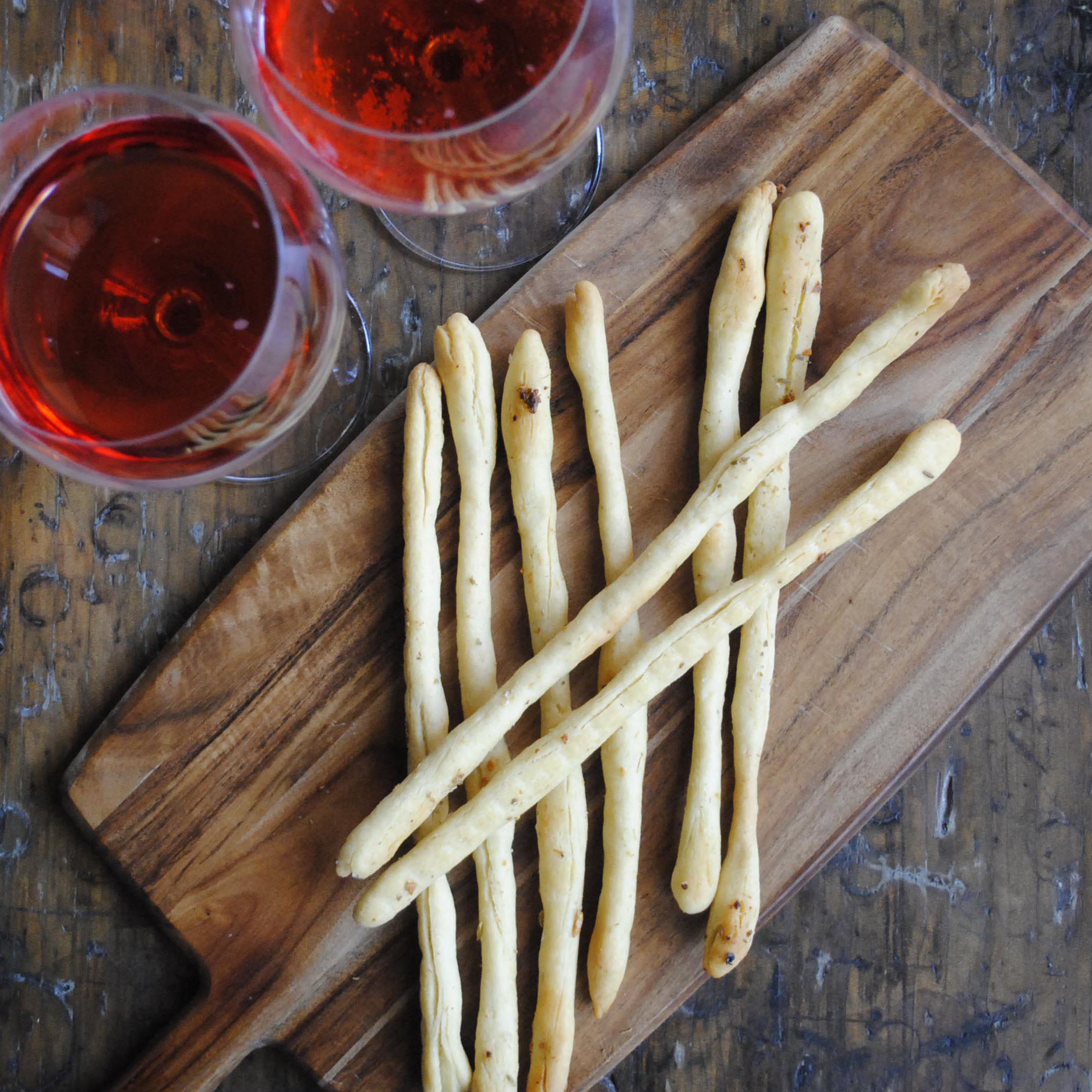 I especially love rustic looking grissini, that are uneven and hand rolled. Last week I made grissini from a Stephanie Alexander recipe, that were rolled in garlic and crushed fennel seeds before being cooked. I cooked them for a bit longer than was suggested in the recipe, so that they became really crisp. They were delicious with a glass of rose’ from the King Valley and a perfect antipasto.

Mix the dry ingredients (flour, semolina, yeast and salt) in the bowl of an electric mixer. Combine the water and the olive oil. With the mixer running, slowly pour in the water/oil and mix until a smooth dough forms. You could also do this step by hand, kneading for about 10 minutes until the dough is smooth and elastic. Place the dough in a lightly oiled bowl and cover in plastic wrap. Set aside in a draught-free place for about an hour until it has doubled in size. Punch down the dough and knead for a minute by hand and place in the bowl, cover with plastic wrap and allow to rise for another 30 minutes. 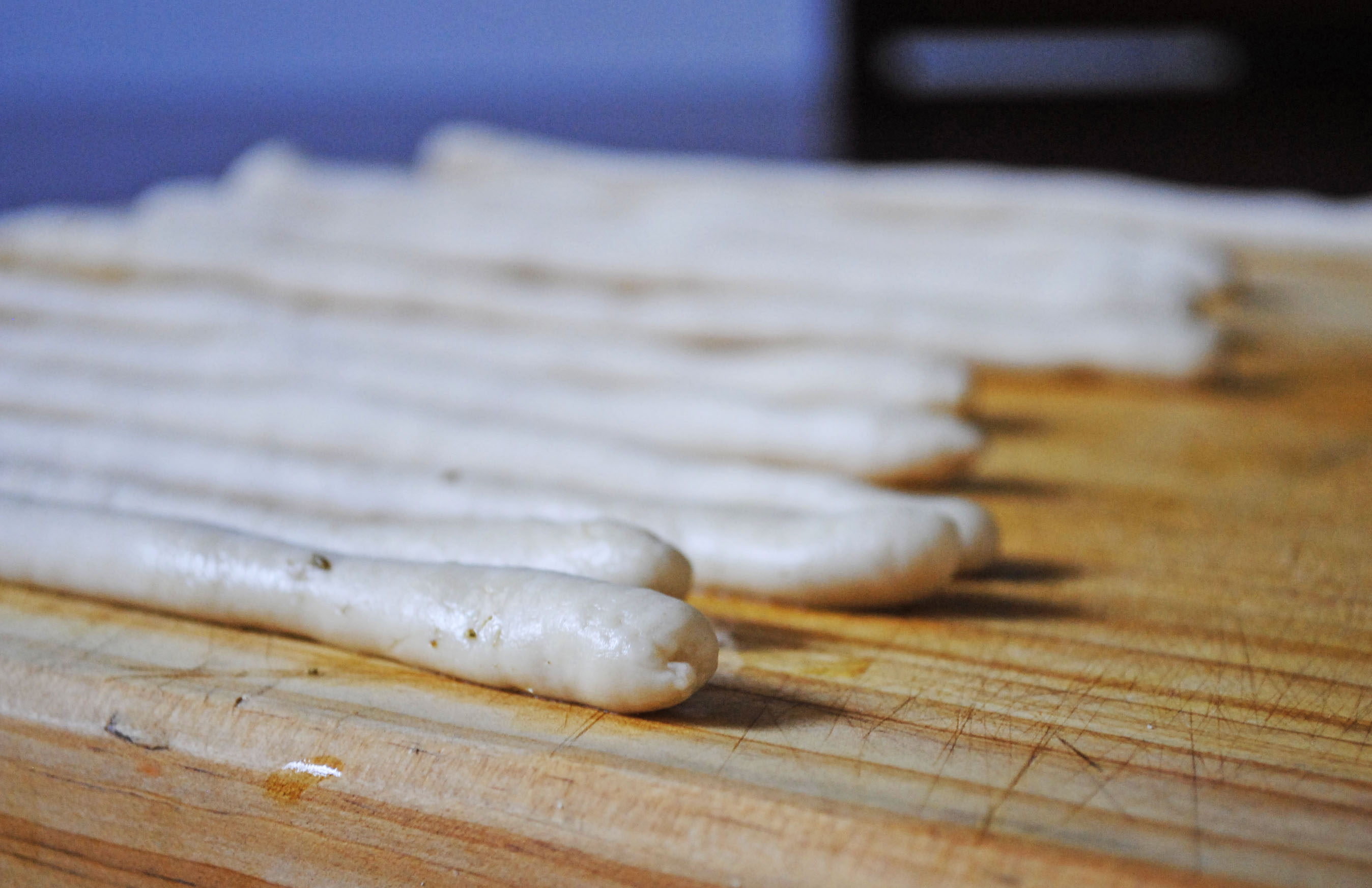 In the meantime, mixture the crushed garlic and sea salt with the olive oil in a shallow tray. Scatter in the crushed fennel seeds. You will be rolling the shaped grissini in this oil before baking. Preheat the oven to 200 degrees celcius.

Punch down the dough and divide in half and divide each half into 10 small balls. Shape each ball into a cigar and using both hands, roll and pull the ends of the dough so a cylinder forms, about 20 cm in length. Toss each grissino in the oil and then place on a lined baking tray, making sure there is room to spread between each bread stick. 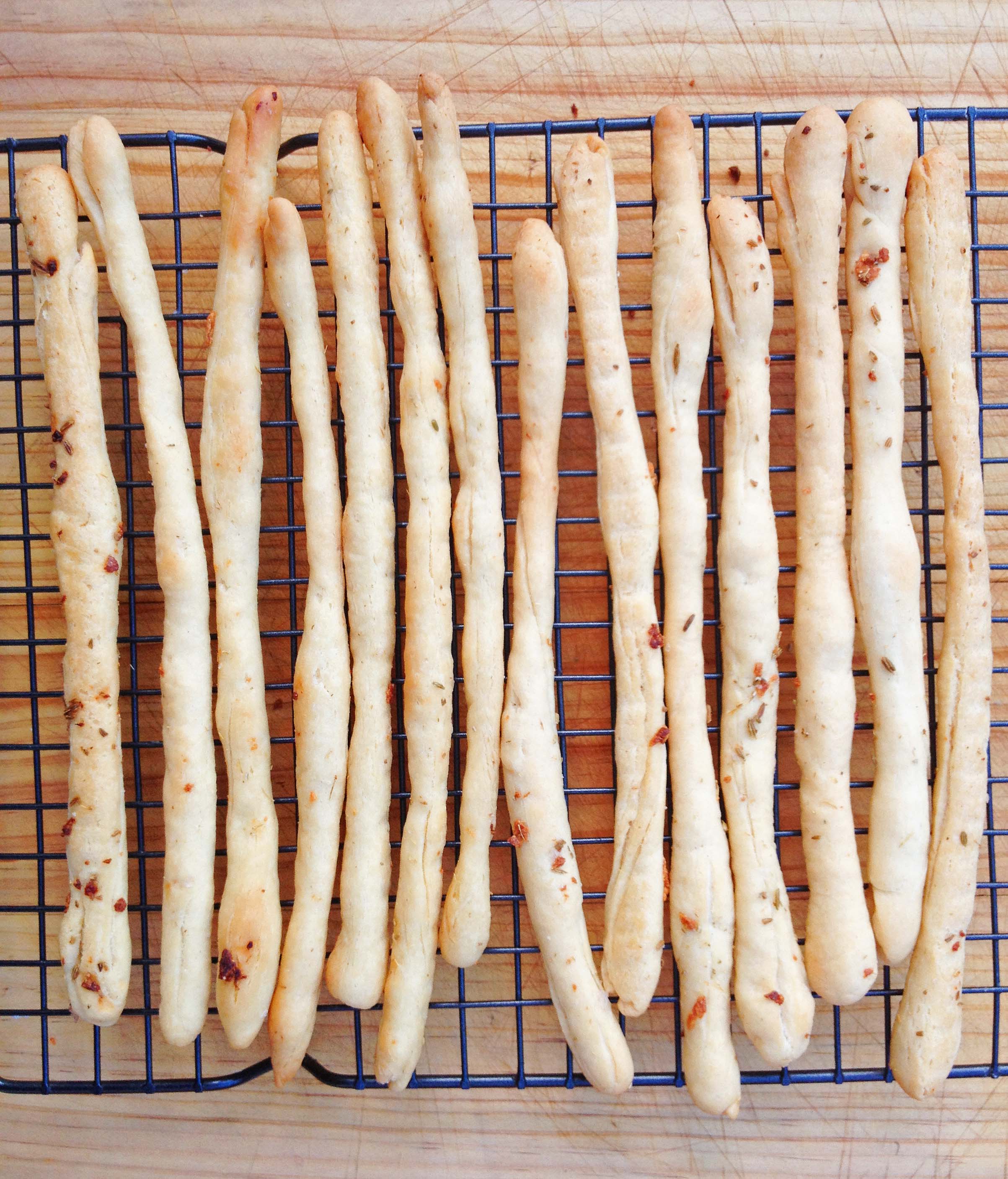 Bake in a 200 degree preheated oven for 12 minutes and then turn the grissini over to bake on the other side for about 5 minutes. They should be golden. Place on cooling rack and eat when they have cooled completely. Store in an airtight container for up to five days. 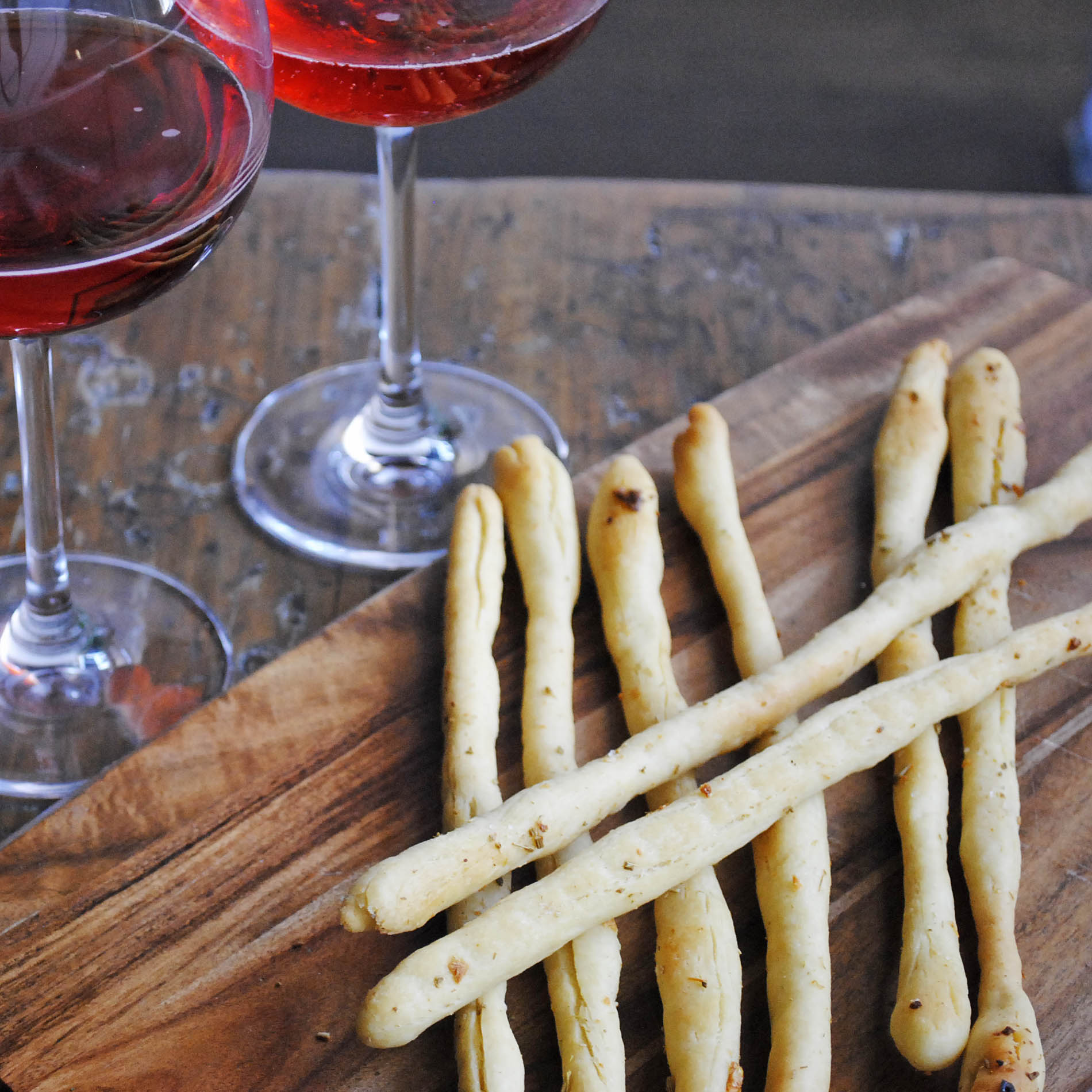