Dulce de leche gelato – for a Christmas in the sun I am a bit of a gelato addict. I have been for several decades, since the days when there was a tub Peter’s Neapolitan icecream in the freezer of the family home. As a child, I always ate the pink ice cream and my sister ate the vanilla (I am not sure what became of the chocolate). In spite of whimsical childhood memories of pink ice cream, the flavour was probably quite ordinary compared to the quality you can find these days. To feed my addiction I buy tubs of ice cream at the local shop, Gundowring ice-cream made in north-east Victoria with milk from their own Holstein cows and other locally sourced ingredients being on the top of my list. Living in the inner north of Melbourne, I am totally spoilt for gelaterie (ice cream parlours) as I live a few kilometres from Gelato Messina, the Spring Street Grocer and the newly opened Pidapipo‘. And then there is always my Cuisinart Gelateria…. 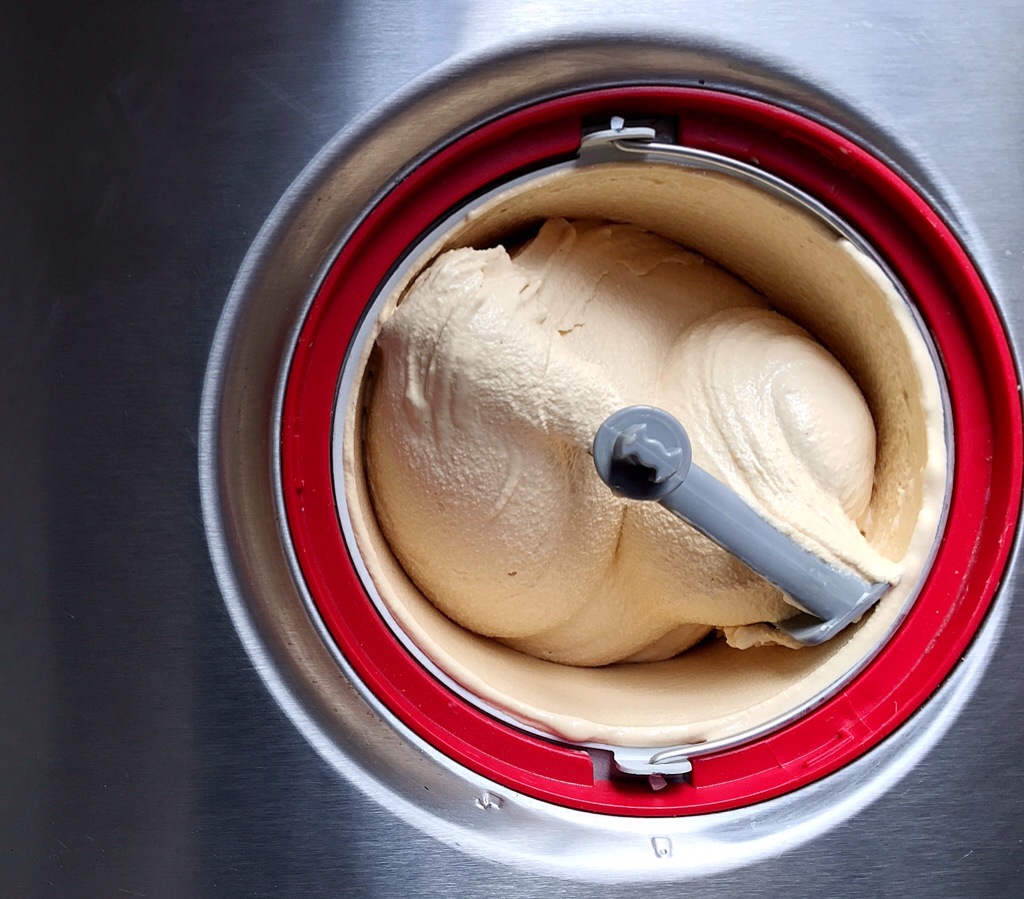 What I love about having my own ice cream maker is the sheer joy (and convenience) of making gelato at home. I love the science of churning and freezing that makes a creamy liquid into the most delightful dessert ever invented. The Italians are considered gelato masters and take gelato making very seriously (there is even a Gelato University in Bologna). However you don’t need to go to university to make a decent home made gelato. There are several good books that teach you how to make it. Top of my list is David Leibovitz’ The perfect scoop, Giorgio Locatelli’s Made in Italy, food and stories (which is a cookbook but has a useful section on making gelato) and Caroline and Robin Weir’s Ice creams, sorbets and gelati.

The two main kinds of creamy gelato are either custard based (with egg yolks) or “Philadelphia” style (without eggs). The non-egg version is a whole lot easier than the custard ice creams, which are delicious but somewhat nerve-wracking (I live in eternal fear of ‘scrambling’ the eggs during the process). So I couldn’t have been happier when I found that the recipe for my favourite dulce de leche gelato in both the Leibovitz and Weir books is made without eggs. 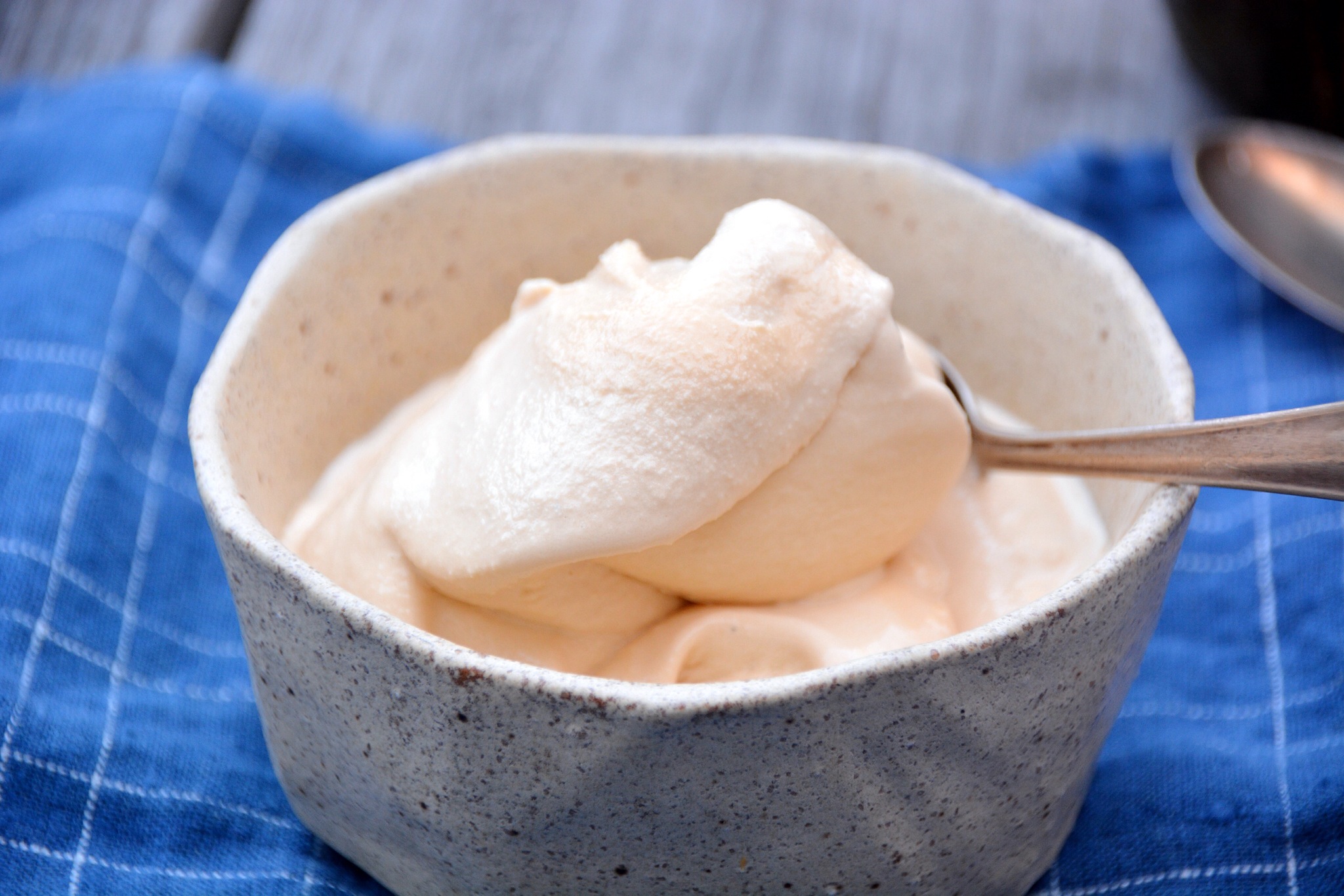 Dulce de leche, hugely popular in South America, literally means “sweet of milk”. And it is just amazing as a flavour of an ice cream. To make dulce de leche, you take a can of condensed milk and boil it for a couple of hours and when it has cooled, you open the tin and like magic, the sweet milk has turned a golden caramel colour. The recipe below is simple and seriously delicious – a sweet, smooth and creamy caramel delight. I will probably end up taking it to Christmas lunch, hardly traditional but really really good. Probably perfect for a summer Christmas in the Southern Hemisphere. 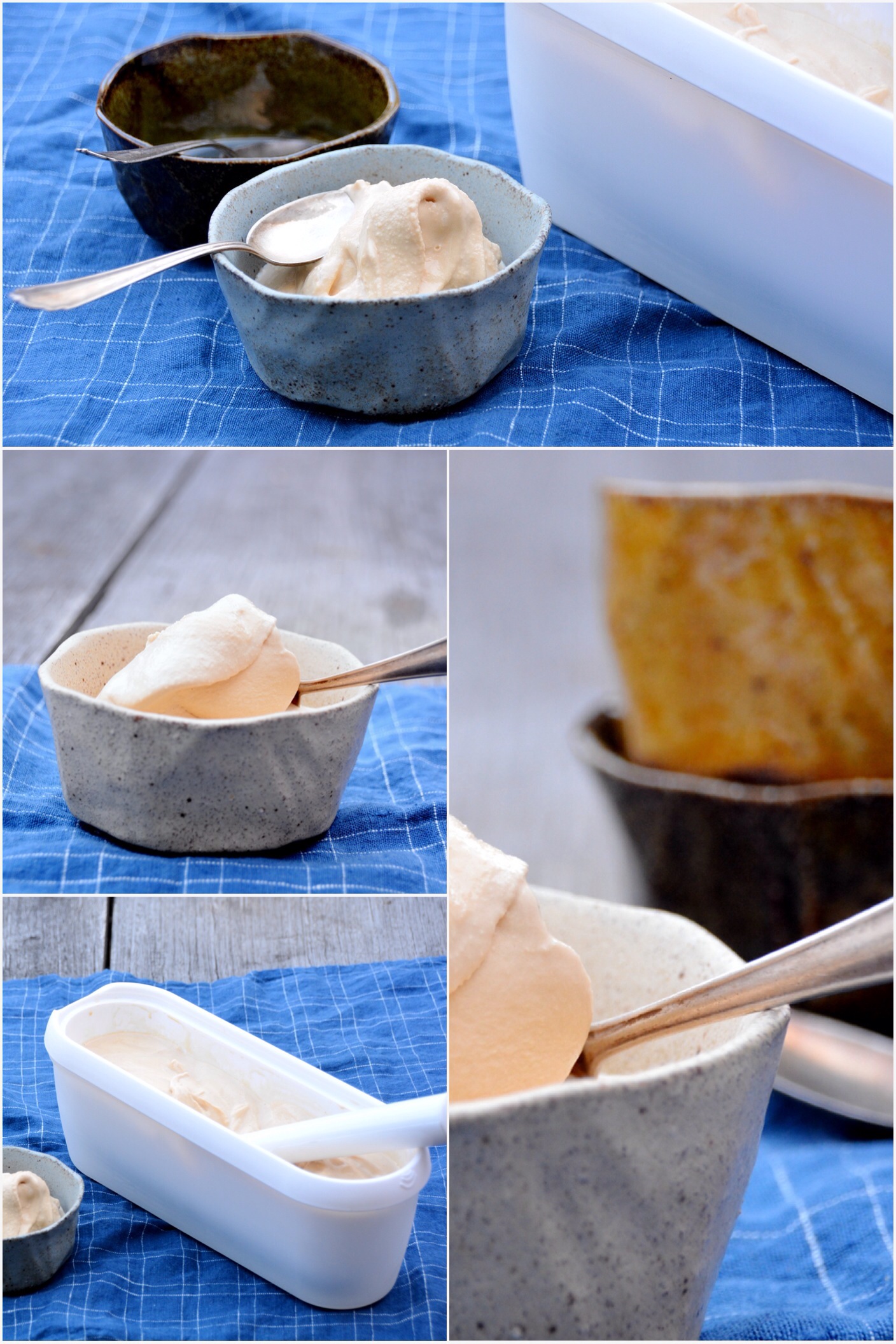 To make the dulce de leche place a tin of condensed milk in a large pot of cold water, bring to the boil and simmer the covered pot for two hours (making sure the tin is always covered with water by adding more water as needed). Wait until the tin has cooled completely (eg. overnight) before using. You can also find tins of pre-prepared dulce de leche, so you can use these if you like.

Place the contents of the tin, milk, vanilla and sugar in a medium sized pot over low heat. Once it is quite hot, give the mixture a really good whisk so that the dulce de leche is well incorporated into the milk. Place the mixture, which should be homogeneous, into a bowl and allow to cool. Then cover and place in the fridge for 4-6 hours (overnight is best). When thoroughly chilled, add the cold thickened cream and churn in your ice cream maker until the desired consistency is reached. Chill in a lidded ice cream container in the freezer. It is best served after about an hour in the freezer.