By italyonmymindJuly 16, 2012Blog, food and travel, Italy - the north My zio (uncle) Livio and zia (aunt) Dina are so in love. Even after 60 years of being married, it is obvious how much they love each other to anyone who spends time with them. They exchanged the photos below before they were married and still have the much worn original copies. Livio gets up early in the morning and prepares breakfast for both of them. He has done this since the day they were married. These days she has difficulty getting up stairs and bending down, so he cleans the house for her. She calls him la mia stella (my star) and they laugh and tell stories in a mixture of italian and half forgotten English from the 20 years they lived in Australia . They migrated there in 1954 and worked in factories like most Italian migrants, struggling to learn the languages and customs. 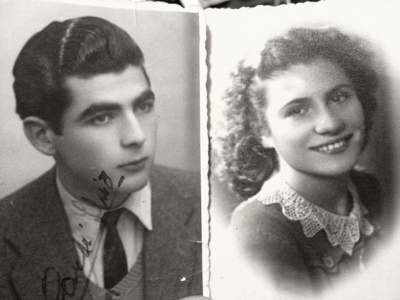 Their time in Australia gave rise to funny stories, which they Iike to recount – there was the time that zio Livio had just bought a car and in the early evening they drove to Luna Park in St Kilda, which was quite far from where they lived in Box Hill. They could not find the way back and ended up getting lost and getting directions from the milkman on his horse and cart who was just starting deliveries at 3.30am. Or the time zia Dina confused the word “kitchen” with “chicken” and told her work mates that she had 10 “kitchens” in the back yard! 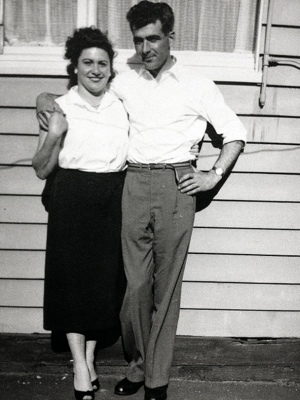 They eventually learned the way of living in Australia but some things in their lives never changed. Whilst staying with them on my trip to Italy, Zio Livio informed me that he has had the same breakfast for nearly every day of his 88 years, including his time in Australia. It was a breakfast that came from a life of poverty in the Veneto region of Italy between the world wars, when you could only eat simple staple foods as that is all that was available. 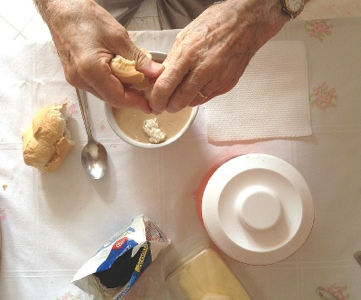 It goes like this – Livio boils up about 750 ml of milk and places it into two large breakfast bowls (one for him and one for Dina) and adds some hot percolated coffee. He then gets a couple of bread rolls (white pasta dura bread that you buy easily in Italy), preferably a few days old, and breaks this up into medium sized pieces and drops them into the caffelatte (coffee and milk mixture) until most of it is absorbed. Then he adds a large table spoon of white sugar. At this point if it is looking a bit wet, he adds a bit more bread. He eats it with tremendous gusto and joy. It was a delight watching him tuck into his breakfast. 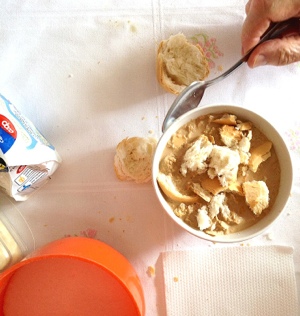 He swears by this traditional and simple breakfast and says that it has helped make him the active, fit and happy 88 year old that he is today. Zia Dina has plain sweet biscuits dunked in the same caffelatte, which is what I remember my parents having for breakfast when I was still very young. 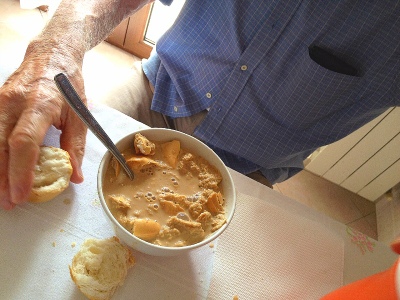 As much as zio Livio swears by his breakfast, I stuck to caffelatte and fruit for breakfast whilst I stayed with them in Monfalcone as the peaches and apricots they had were unbelievably luscious and flavorsome. Every morning over breakfast I would listen to their chatter and think how incredible their love story is. 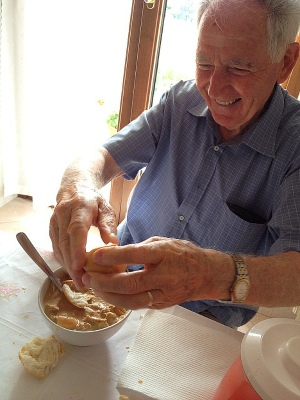 I had friends over for dinner last night, a dinner