My big sister Barbara is a great cook. She married young and had a family whilst I was still in high school. I loved going to her place for a meal back then, especially without my parents as she might cook something exotic that they would not have eaten (such as Chinese or Indian inspired food). My father was a real italian in the sense that he claimed to only eat italian food, as everything else was “rubbish”. In latter years my sister managed to sneak one or two dishes with non-traditional ingredients past him and he would begrudgingly eat them and might even like them. Though he was pretty vocal about it when he didn’t! A few weeks back we went to Barbara’s beach house for a celebratory lunch and she made some fantastic baked nectarines with fresh ginger and lime. Whilst I was eating them, I was thinking about my papa’, who passed away two years ago this week and how much I miss him. I imagined him sitting at the table, grumbling about the ginger – but secretly loving the sweet and spicy baked stone fruit. 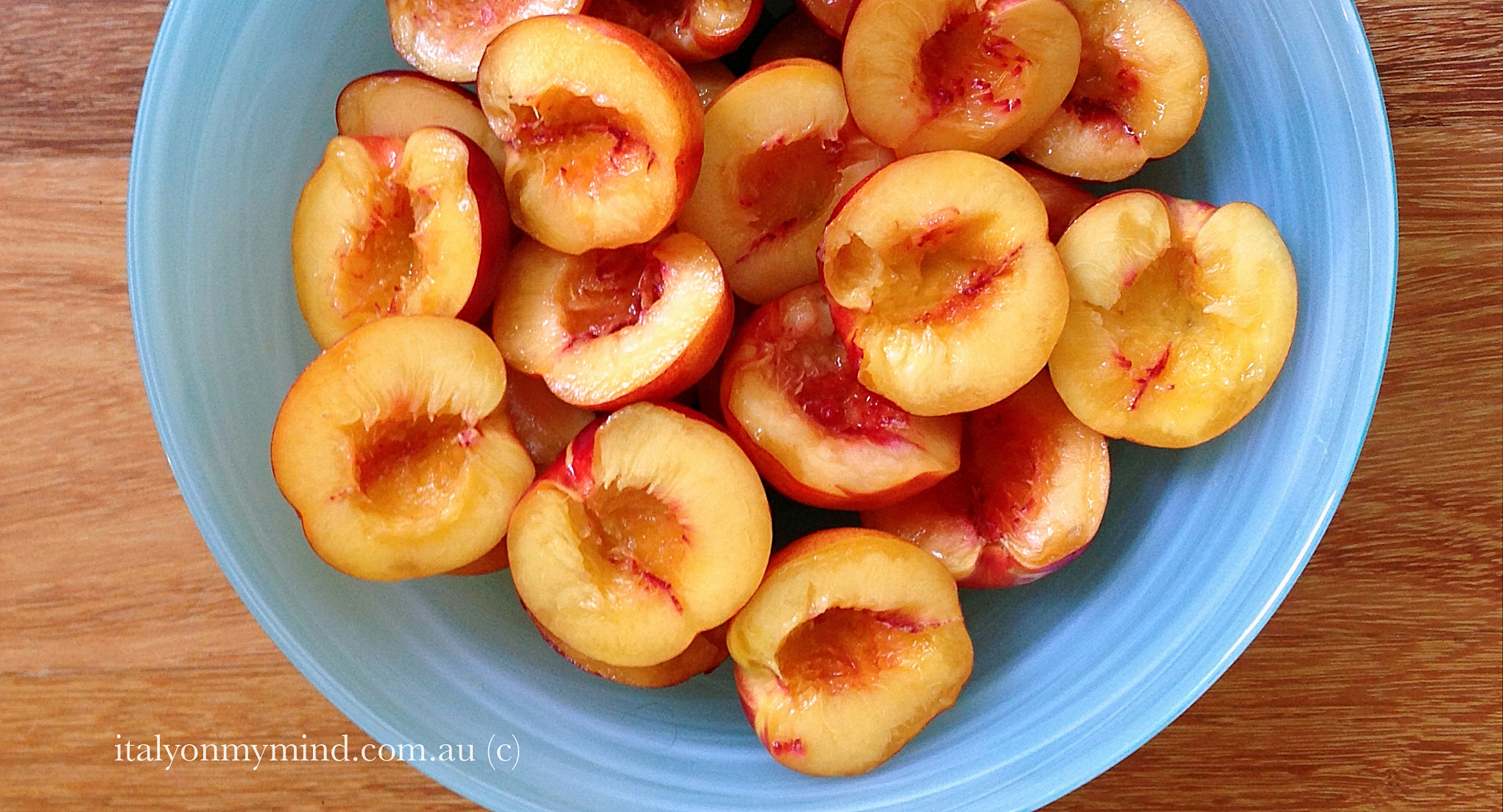 I love simple dishes and this one definitely fits the bill. It has four ingredients in addition to the fruit. It goes something like this – halve some nectarines and throw on some fresh ginger, brown sugar, lime juice, and some fortified wine. Bake them and eat them, warm or cool. Now really, how easy was that? I took some photos while Barbara was preparing them a few weeks back. She cooks like me – she didn’t seem to measure many things (we learnt that from our mother), throwing on a bit of sugar, a bit of muscat and so on….. I called her up to get the recipe from her and found out it is based on a recipe she got from the Waitrose (UK) site. I made them at home a few nights ago, adding more ginger for extra zing and using Marsala (as I had no muscat). We ate the baked nectarines with some Gundowring French Vanilla icecream. They were sweet, tangy and spicy – what a fantastic and simple dessert, it is a perfect way enjoy the last of the summer stone fruit as we head into autumn. 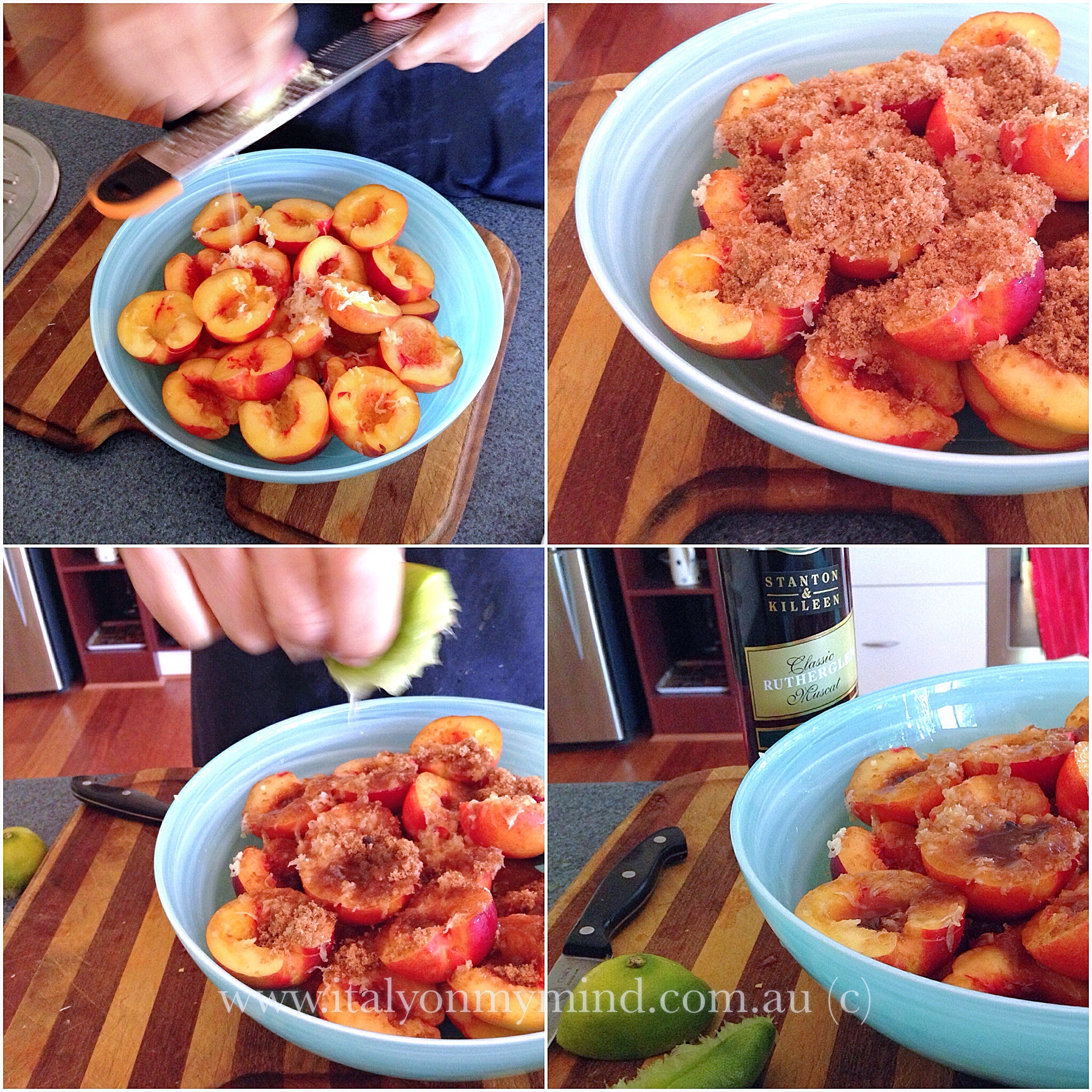 Preheat the oven to 180 degrees. Place the nectarine halves in a bowl. Add the ginger, sugar, lime juice and Marsala (or Muscat if you have any). Toss everything with your hands so the nectarine halves are covered with the other ingredients. Line a deep baking tray with baking paper (so that it comes up the sides) and place the nectarines cut side up so that they form a single layer. Pour the water in the tray so that the nectarines are sitting in a bit of water. Bake for 20 minutes or until the fruit is still firm but maintains its shape. A beautiful liquid will have formed on the baking paper which is perfect for spooning over ice cream, cream or mascarpone when you serve the cooled baked nectarine halves. 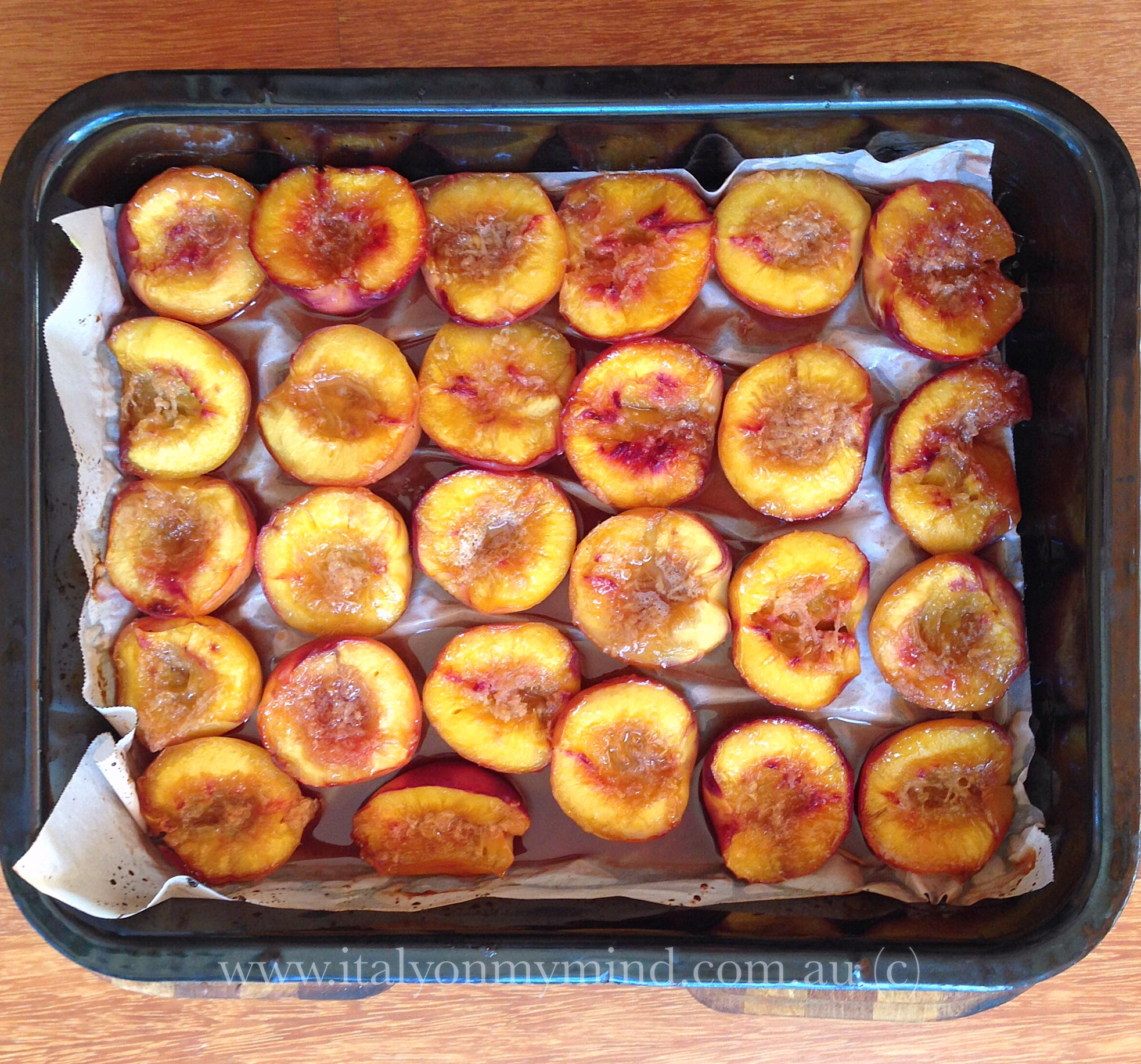