My husband gave me the new Tessa Kiros cook book as a gift last week. He bought it in a delightful bookshop in Gertrude St, Collingwood called Books for Cooks, which he happens to walk past on the way home from work. I had told him I wanted that book for Christmas. Clearly Christmas came early for me. The book is called Limoncello and Linen Water, which may seem like quite an odd name for a cooking book. However the gorgeous photos of food, old glass jars, embroidered fabrics and the stories of the inspirational women are a perfect fit for the title. It has a soft pink velvet book marker in it. Tessa Kiros has beautiful cookbooks. I have several of them. But this one has all Italian recipes, in fact a trousseau of them, as it says on the cover. I was terribly excited to receive the book and after a few moments I knew I wanted to cook every single recipe in it. 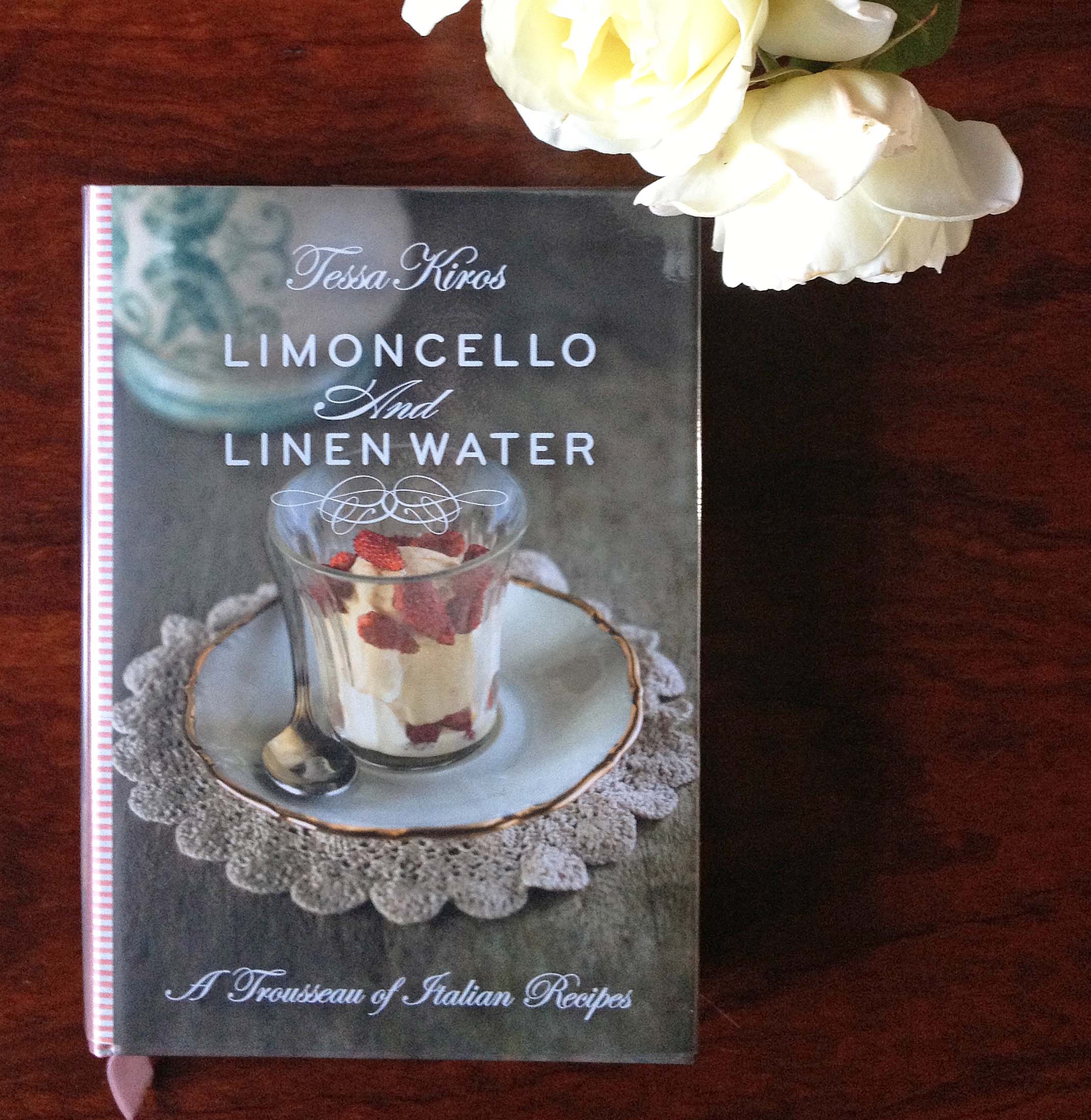 However I had to start somewhere. Leafing through the sweets section and wanting to take a small plate to share to my husband’s family gathering, I chose Baci di dama (literally meaning ladies’ kisses). These are tiny balls of biscotti joined by a layer of melted chocolate, delicate, sweet and only two mouthfuls each. They also have a lovely crunch to them and are pretty to look at.

The Tessa Kiros recipe is very simple, containing only four ingredients. They do take a bit of time to prepare, in particular making each little ball that makes a single biscotto is the same size prior to cooking. But plan ahead and make the time for it as they are well worth the effort. I weighed each ball at 10g on electronic scales and managed to get 72 individual biscotti squeezed onto two oven trays – so 36 when joined. Other recipes have orange rind grated in them, or vanilla added or are made with hazelnuts instead of almonds. However I think this recipe is particularly delightful in its simplicity. Baci di dama are ideal to have with coffee and I can almost guarantee your guests will come back for more. They were so popular at the family gathering. I saw my father-in-law have one, take another and then he winked at me as he took the third!

I blanched my almonds by plunging them in boiling water then letting them bubble away for a few minutes before draining and removing the skin. Alternatively, you could buy them already blanched. Place the blanched almonds in a small frying pan and place on the stove on medium heat for about 5 minutes until they become fragrant. Give the pan a bit of a shake every now and then and toss the almonds a bit so they don’t burn.

Allow them to cool and pop them in a blender with a tablespoon of the sugar. Grind and set aside. Cream the butter and sugar (I used my KitchenAide but hand held beaters will do) until evenly mixed. Add the flour, mixing with a wooden spoon and lastly add the ground almonds. It will be quite hard to stir at the end and not very cohesive but do your best to make sure all the ingredients are evenly mixed. Place the bowl in the fridge for about 20 minutes to make the dough easier to work with. Preheat the oven to 170 degrees (160 fan forced). Form small balls of dough, 10g or the size of large cherries. It is important that they are fairly even in size. Place them on trays lined with baking paper and bake for 20 minutes until pale golden in colour. Allow the biscotti to cool on wire racks before commencing the next step.

Melt the chocolate in a double boiler (bagno Maria) and apply melted chocolate with a small spoon or a butter knife to the base of one biscotto and join it to one of similar size. I propped each joined biscotto on a wire rack until the chocolate hardened, to make sure one biscotto did not slide off the other one whilst the chocolate was still warm. You should get at least 35 Baci di dama.

Store them in a biscuit tin but they will be eaten very quickly – I have never been able to store them for more than four days as they get eaten!