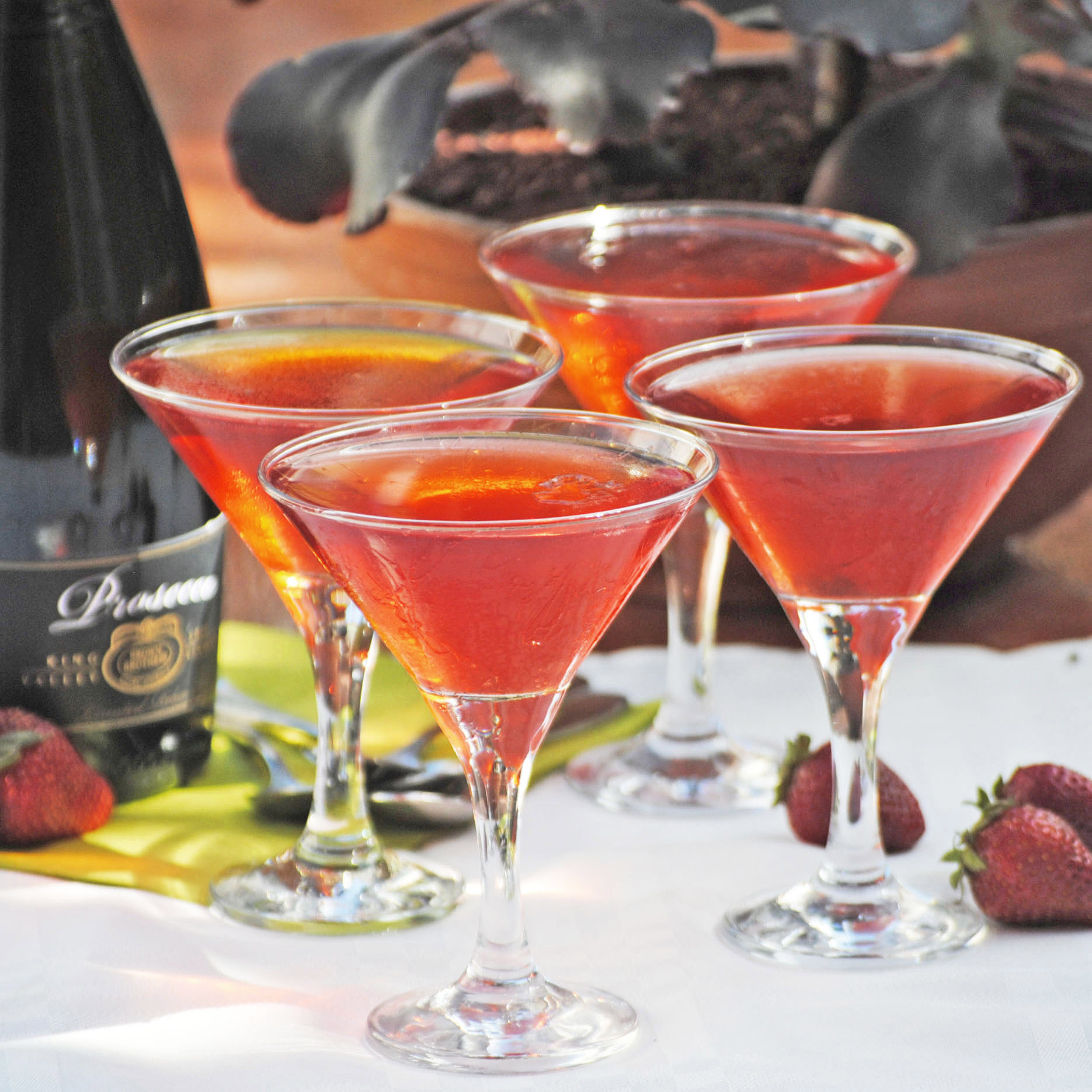 Mamma was born in the tiny town of Mansue’ which is in the province of Treviso, in the Veneto region of Italy. Prosecco, the delicious italian sparkling wine is made in Conegliano and in Valdobbiadene, near the Piave river, also in the same province of Treviso. I like to think that my love of Prosecco can be explained by genetics and is therefore not my fault. The fact that Prosecco now sells better than sparkling wine and champagne is only partly my fault. And what’s not to love about Prosecco? It has light bubbles, you can drink it before your meal, with your meal and if you are in Venice (and don’t we all wish we were there?), it is perfectly acceptable to have it mid-morning. 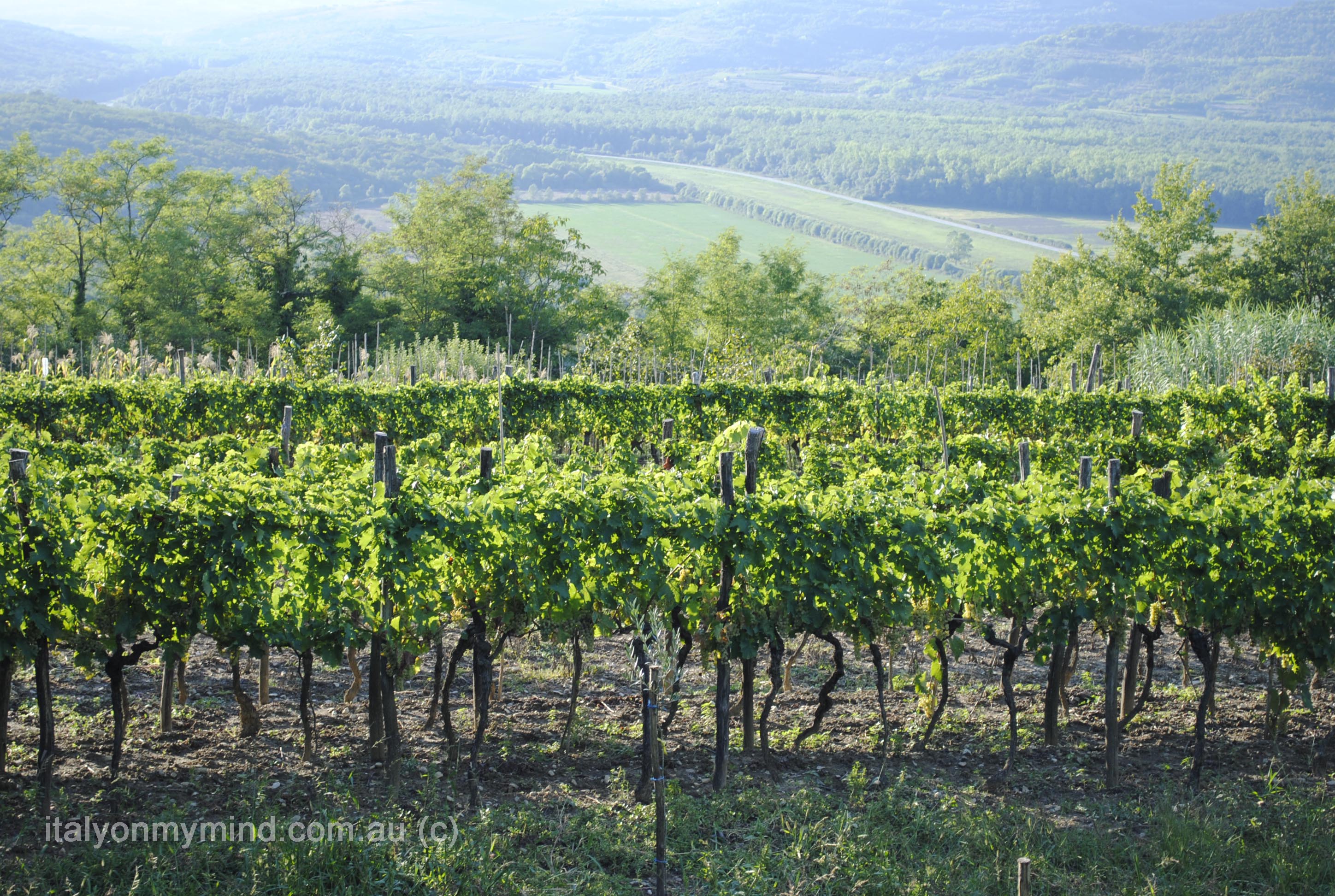 A bit more about Prosecco: it is quite different from other sparkling wines (including champagne). It is fermented differently (the second fermentation is in a tank rather than in a bottle), so that it is quite fruity – a bit like the taste of crisp apples. It is suited for drinking now rather than keeping it in a cellar for a long time. A couple of years back, Prosecco made from grapes from the 20,000 or so hectares in the Conegliano-Valdobbiadene region was given DOCG (denominazione origine controllata garantita), meaning that it can be labelled “Prosecco Superiore” exclusively and its production is strictly controlled. Due to the DOCG labelling, Prosecco grown outside this area in Europe must be called Glera, not Prosecco. This however doesn’t apply in Australia (even though the Prosecco producers in Italy would like it to), meaning that in Australia, we can find Prosecco grown locally and labelled such, though clearly without DOCG. The King Valley in north-eastern Victoria produces really good Prosecco (read about my visit to the King Valley here) and the price is comparable to the DOCG bottles.

So when you find a good bottle of Prosecco, how do you have it? I would like to share with you 5 different ways to enjoy Prosecco:

Straight up – as an aperitiv or as an accompaniment to some light seafood, Prosecco is wonderful. It is a summer drink, with less alcohol than wine and a gentle fizz that does not detract from the food. I found some fabulous little bottles of Valdo Prosecco DOCG, which looked like the ideal solution for when you want only a couple of drinks (rather than a whole bottle). 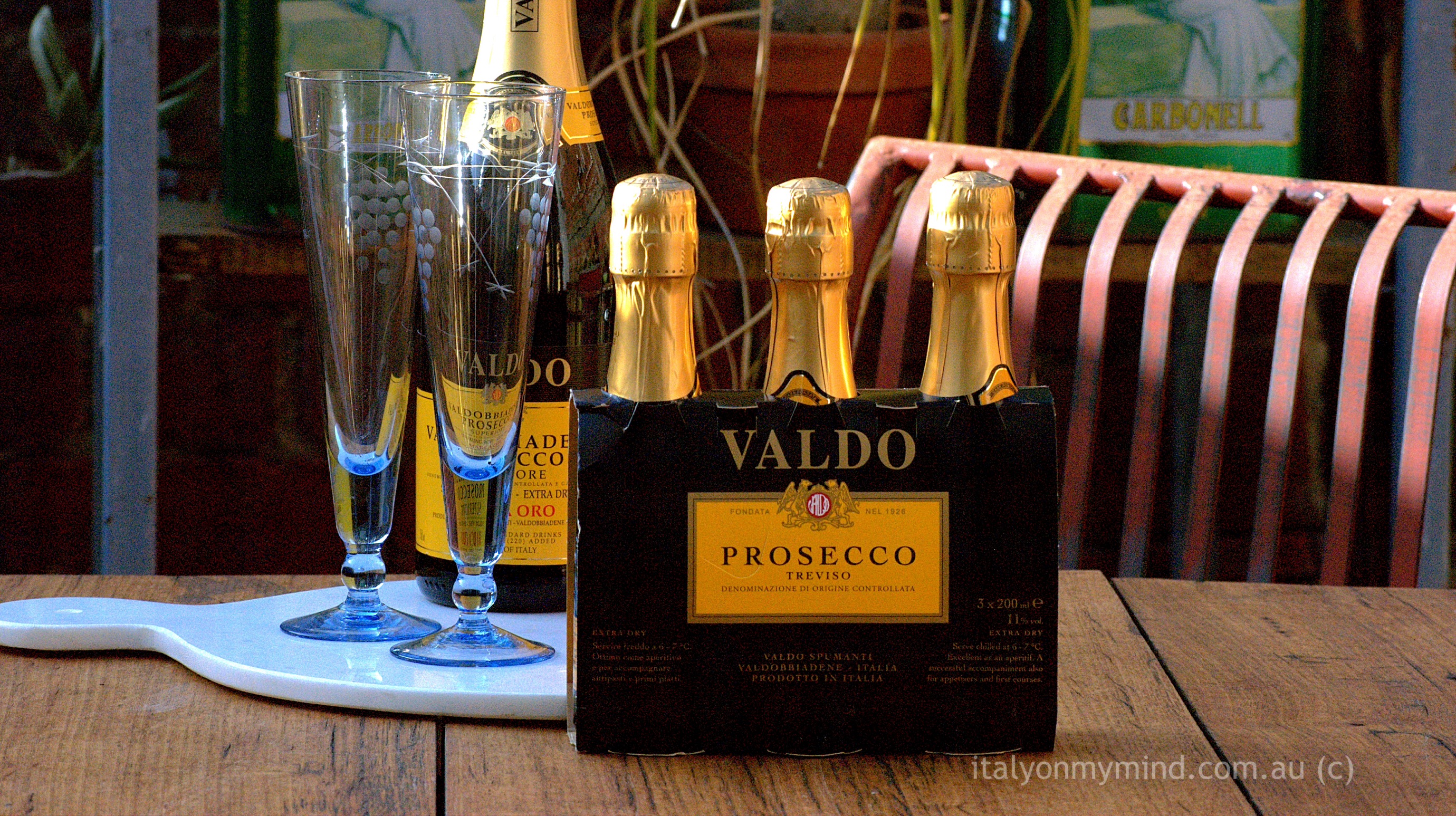 Spritz – Limoncello spritz is THE summer drink for me. I discovered it at a recent visit to the wonderful Sicilian restaurant in Melbourne, Bar Idda. I made mine with one part Limoncello, two parts Prosecco, a dash of soda, a slice of fresh lemon and some ice. Or you can be a traditionalist and go for a gloriously colourful Aperol spritz. These are sold in practically every bar in Italy – you don’t even have to say Aperol – just say “uno spritz per favore”. Both are refreshing but the Limoncello version is my current favourite. 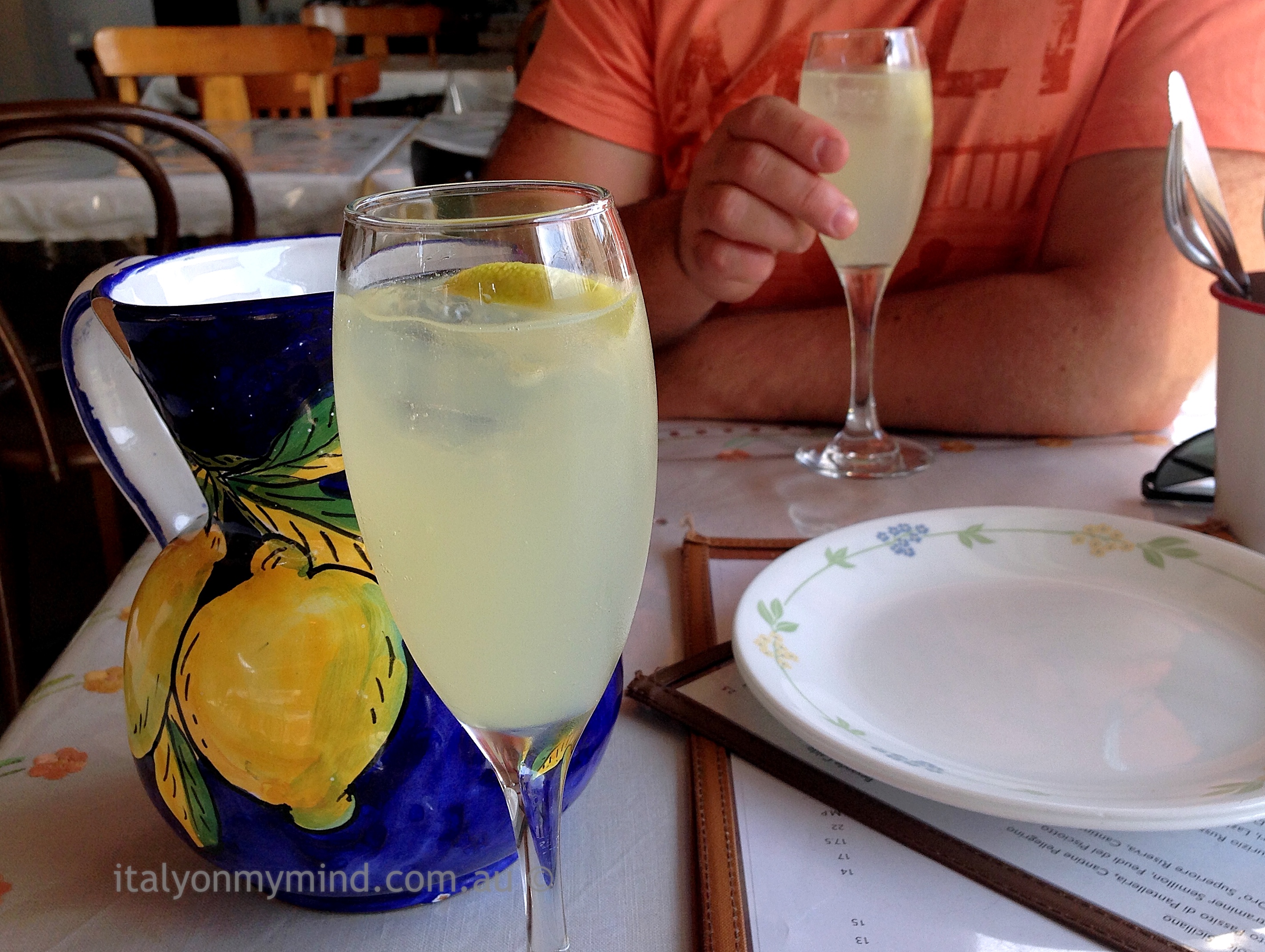 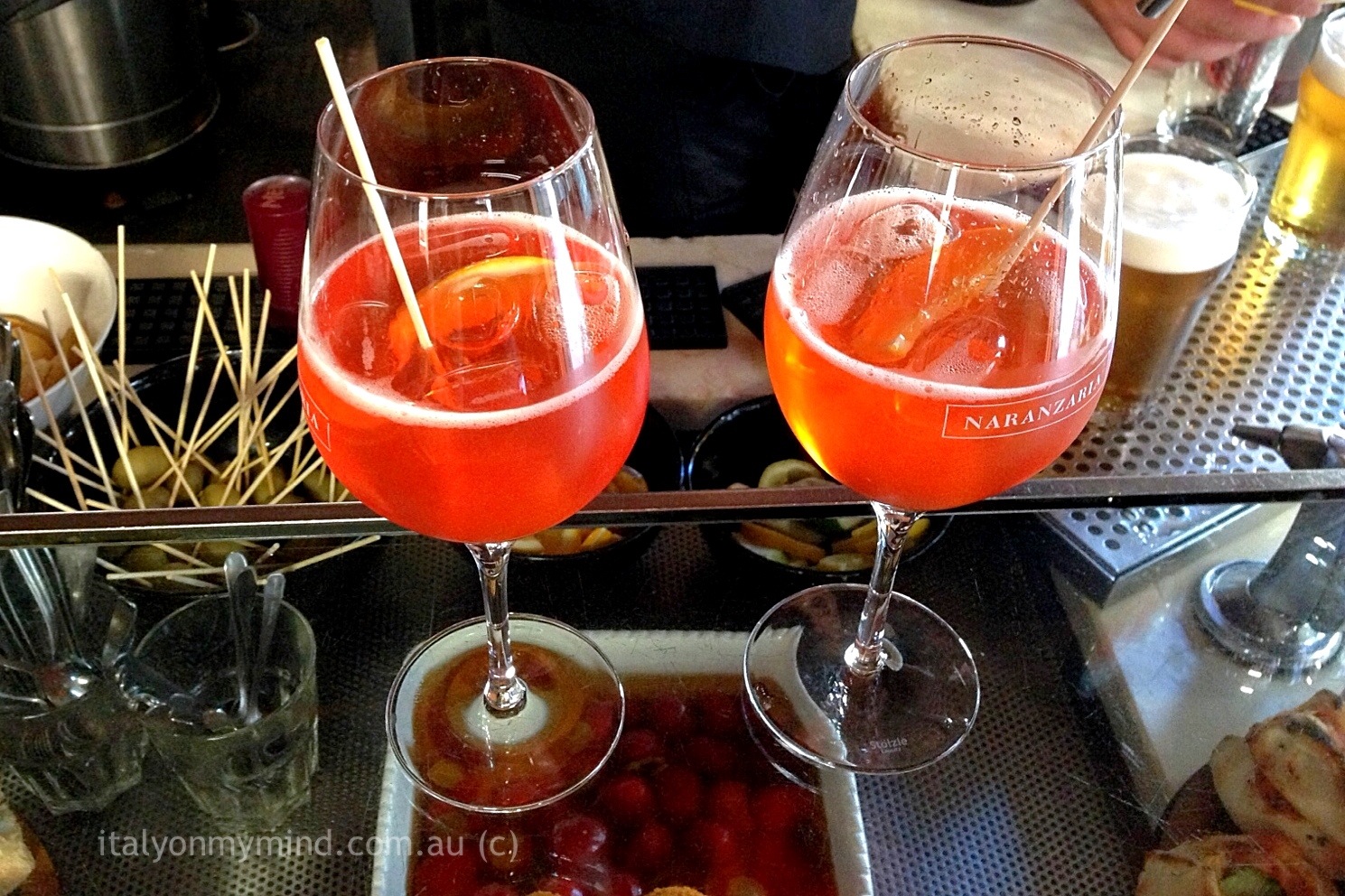 Bellini – this classic from Harry’s Bar in Venice pairs Prosecco with peach juice. It is named after the painter Giovanni Bellini. It is served in a champagne flute with one part peach juice and two parts Prosecco. Delizioso!

Zucchini flower and Prosecco risotto – yes, you read correctly, Prosecco is a great addition to a risotto and it is quite an inspired combination with delicate zucchini flowers. It is used whilst cooking the rice as well as a half glass stirred in just before serving. It is a grown-up risotto and very very good. If you are in Australia you are in luck as zucchini flower season is right now. The recipe is here. 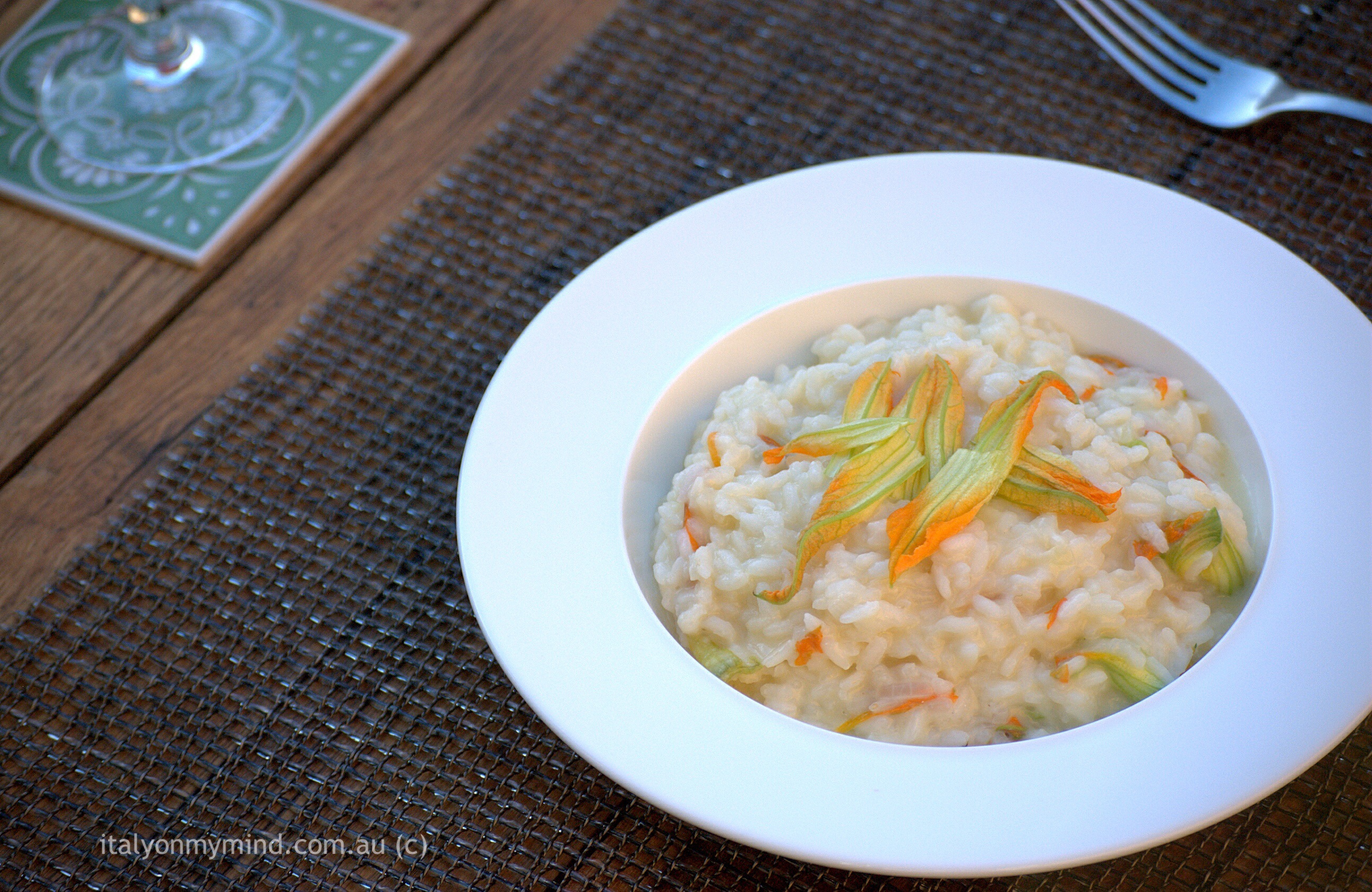 Prosecco peach trifle with mascarpone – this is the perfect summer dessert, which again pairs peaches with Prosecco in a grown-up jelly. This is then layered with sponge fingers, Prosecco poached peaches and mascarpone. The combination is divine and it makes a great dinner party dessert, which can be assembled a few hours before your guests arrive. You can even have the peach and Prosecco jelly on its own. The recipe is below. 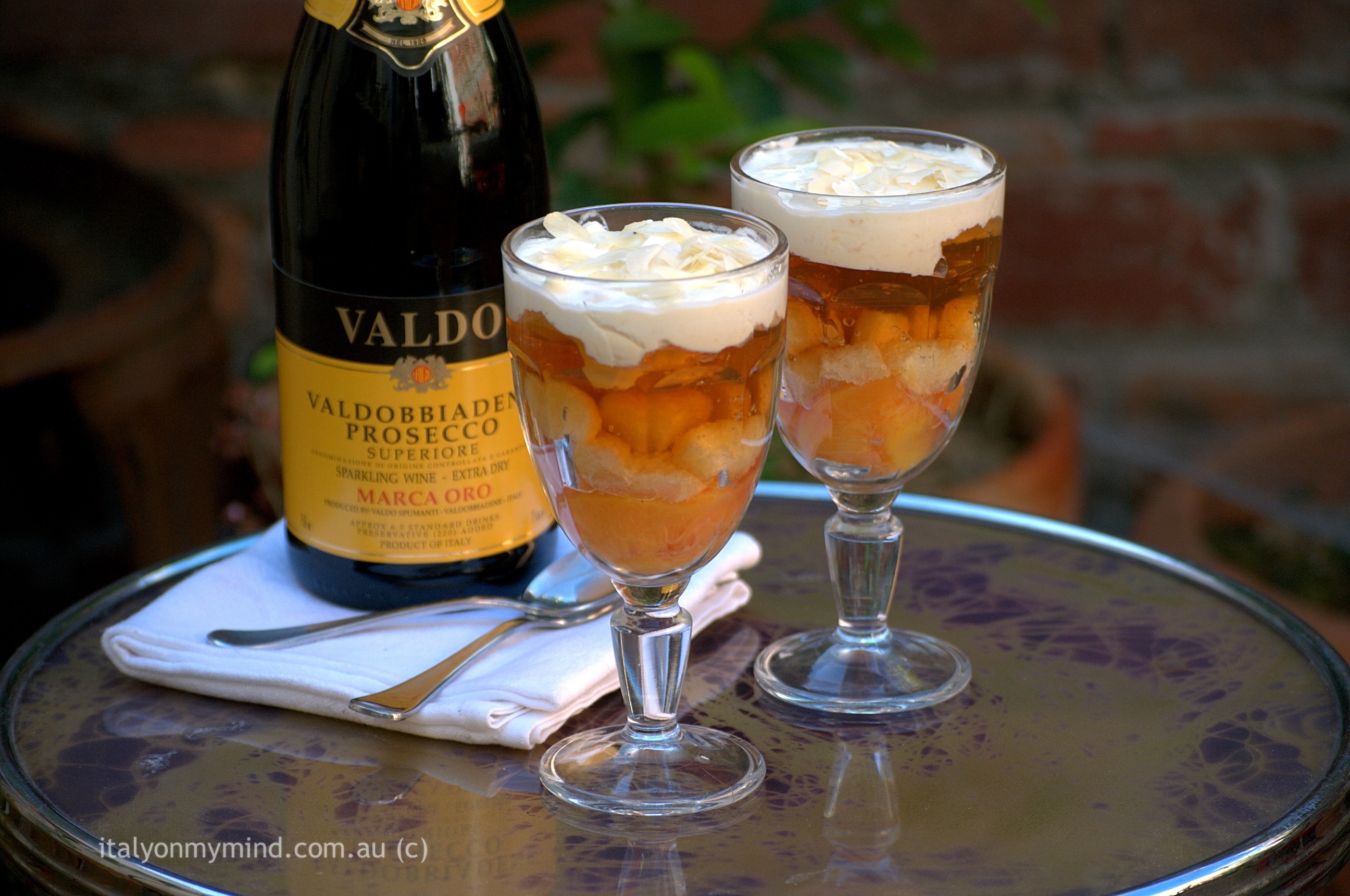 And now some fantastic news – “Italy on my mind” is in the short-list of only six for the Italy Magazine food blog of 2013! I am absolutely delighted! The best blog is judged via a combination of public vote (yes, YOURS counts) and a judging committee. If you would like to vote for my blog, please click here. Grazie amici for your vote!

You will need to start this recipe at least 8 hours ahead. To make the jelly, place the Prosecco and caster sugar in a saucepan (where the peaches will fit snugly) on medium heat. When the sugar dissolves, stir well and add the vanilla bean and peaches. Turn up the heat until it come to the boil. Place a layer of baking paper over the peaches and then a plate that fits snugly inside the saucepan to weight down the peaches. Lower the heat to a simmer and cook for about 10 minutes or until the peaches are cooked but maintaining their shape. Remove them with a slotted spoon and when they cool slightly, peel them and cut each into at least 12 segments. Set aside and when cool, cover and place in the fridge.

Place the gelatine leaves in cold water for about 5 minutes, then squeeze them gently to remove excess ware and place into the simmering Prosecco. Stir until dissolved and remove from the heat. Remove the vanilla bean and when it has cooled sufficiently, place in a ceramic bowl (or several glasses), cover and place in the fridge for at least 6 hours (or overnight) until the jelly is set.